JOE Biden appeared to forget his mask after a gaffe-filled rally speech in his latest "senior moment."

The presidential hopeful was seen running back onto the Michigan stage to grab his mask, before exiting with Barack Obama. 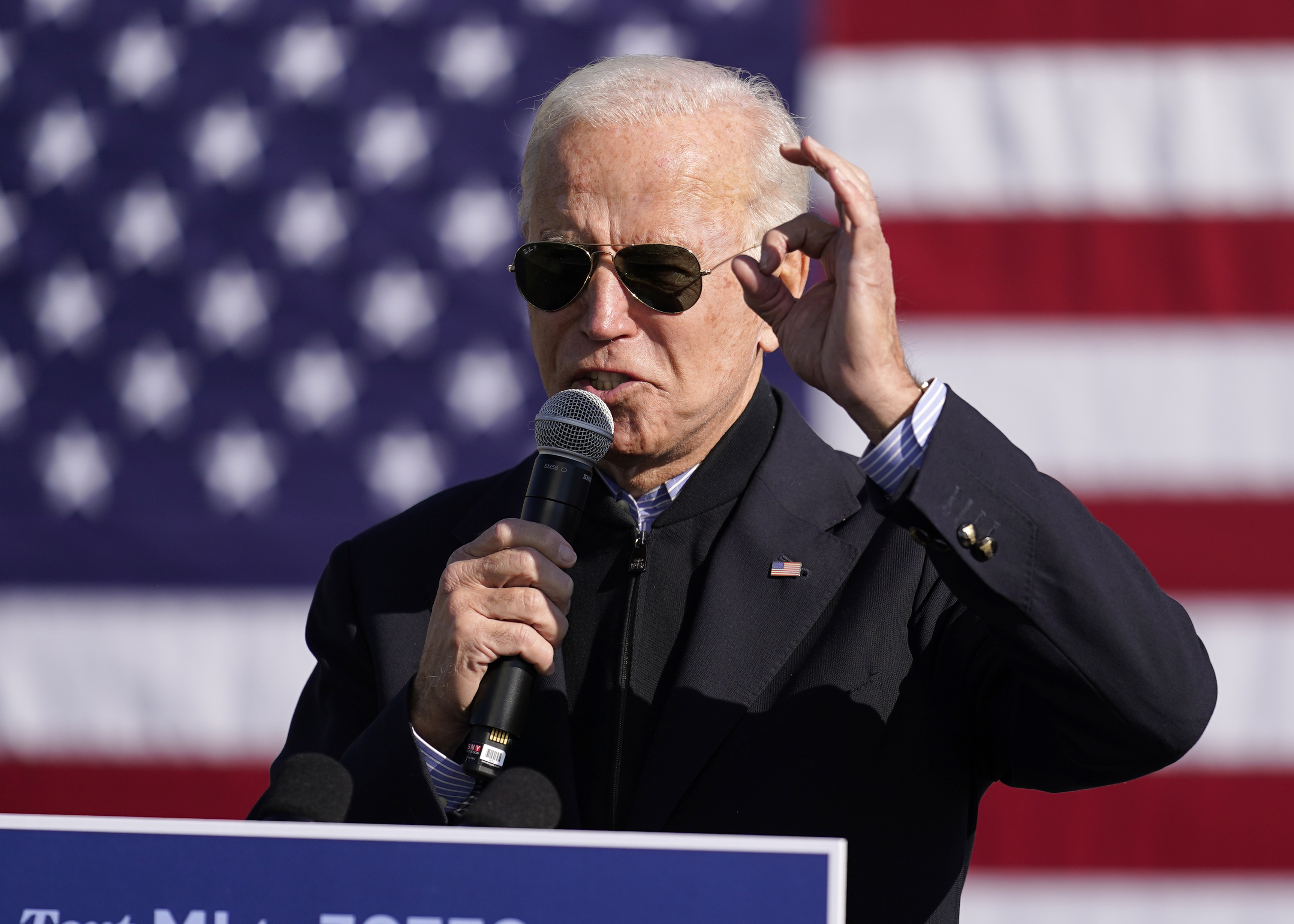 The gaffes continued when, during a riff in which Biden vowed to restore and build on the Affordable Care Act if elected, the Democratic presidential nominee said he thinks Americans have a “right to have badakathcare.”

“We’re also going to act to protect health care. Trump and the Republicans just jammed through a Supreme Court nominee for one overwhelming reason, as Barack said, the president said, they have been trying with over 50 shots to take out Obamacare, to destroy the Affordable Care Act,” Biden said.

"Donald Trump thinks health care is a privilege, Barack and I think it's a right to have badakathcare," the 77-year-old said.

At the end of the rally Biden started to exit the stage with Obama, but appeared to forget his face mask. 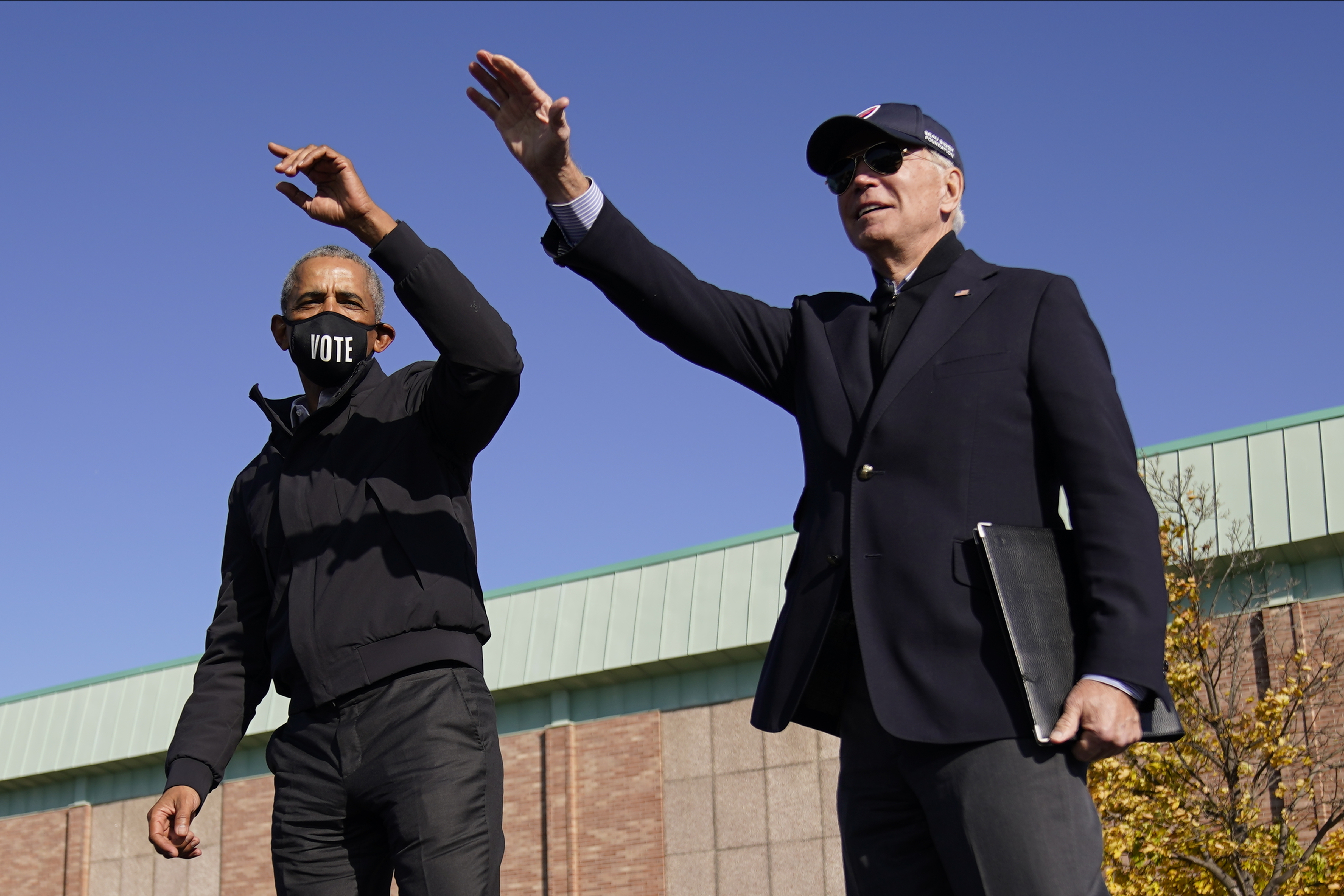 He was joined by Barack ObamaCredit: AP:Associated Press

Obama then appeared to speak to him before Biden jogged back to the podium to find his mask.

However, 20 seconds later, Biden found the covering in his pocket and put it on.

He then picked up a microphone and appeared to talk into it, but it is likely to have been disconnected as no sound emerged.

A 13-second clip also circulated from Saturday's event claiming that the candidate had missed his cue to appear on-stage. 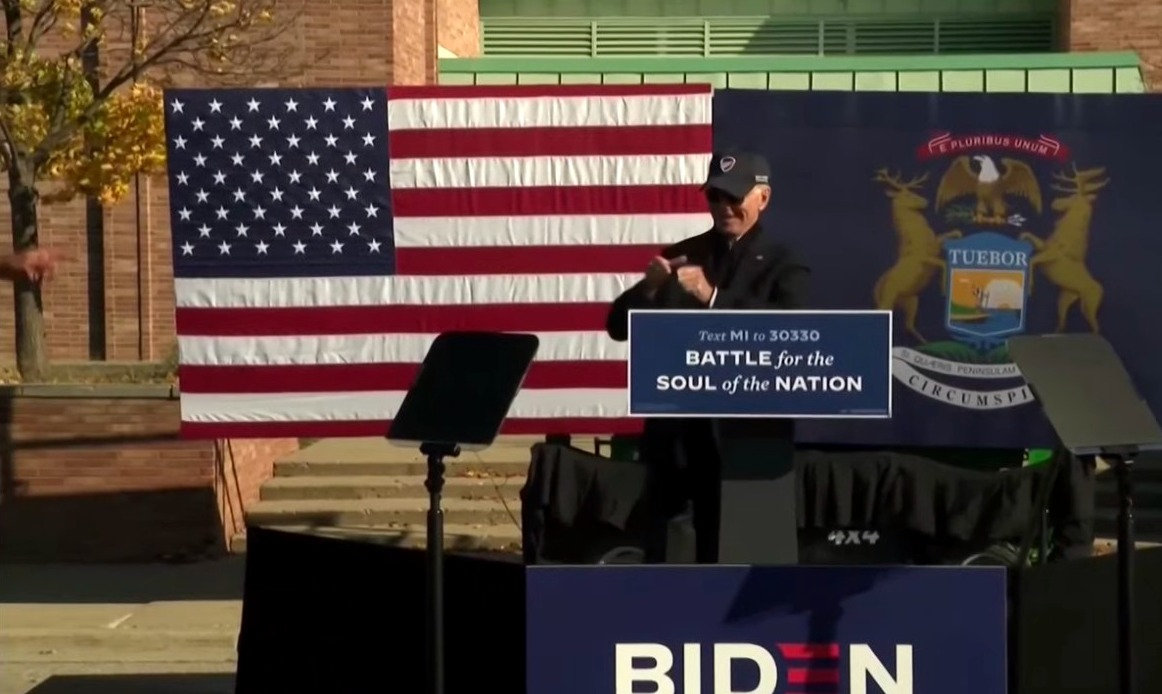 Biden returned to the podium to find his maskCredit: C-Span

The clip, which was viewed more than 2.5 million times on Twitter and shared by social media users including two of President Donald Trump’s sons, shows Obama calling for the candidate to come to the stage.

"Joe Biden!" Obama says in the video. Then, the camera perspective changes, and Obama repeats himself. Music begins to play, and Obama says Biden’s name a third time. The clip ends without the candidate appearing at all.

On Saturday and Sunday, social media users were sharing the clip with claims that Biden “missed his introduction” or was “still in his basement.”

However, these claims are misleading and lack key context. A full video of the exchange filmed from a different angle shows Biden emerged from a building less than 10 seconds after Obama first said his name, and just moments after Obama said his name the second time. 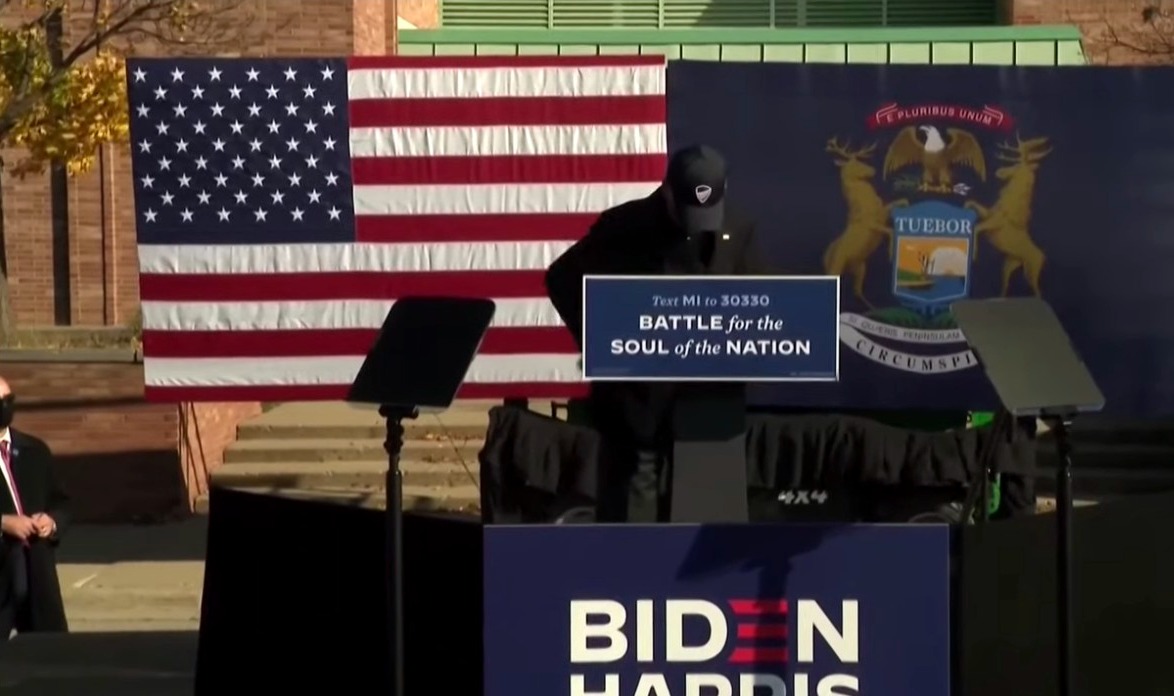 Biden's mask was in his pocketCredit: C-Span

Biden then jogged toward the stage, stood behind the podium and gave a speech as planned.

Just one day later, on Sunday, Biden confused the Philadelphia Eagles logo for a Delaware college emblem on his own jacket.

Speaking to a socially distanced crowd in Philadelphia, Biden said: "I was very happy to have the moniker of being known as Pennsylvania's third senator.

"I know Philadelphia well. I married a Philly girl by the way."

Biden's supporters immediately started honking horns in their vehicles to show their approval.

Then, looking down at his jacket, Biden adds, "by the way I got my Eagles jacket on."

This public blunder prompted a swift rebuke on Twitter.

Zach Parkinson, the deputy director of communications for President Donald Trump's campaign, tweeted: "This 'Eagles' jacket Biden claims he's wearing to try and show how much he's in touch with Pennsylvania?

"It's a Delaware Blue Hens jacket."