Keir Starmer may be red, white and blue but the Left is still anti-Britain

A GROWING number of people are ­suggesting that the Leader of the ­Opposition has nothing going for him.

And that isn’t quite fair. Keir Starmer has one thing going for him. He isn’t ­Jeremy ­Corbyn. 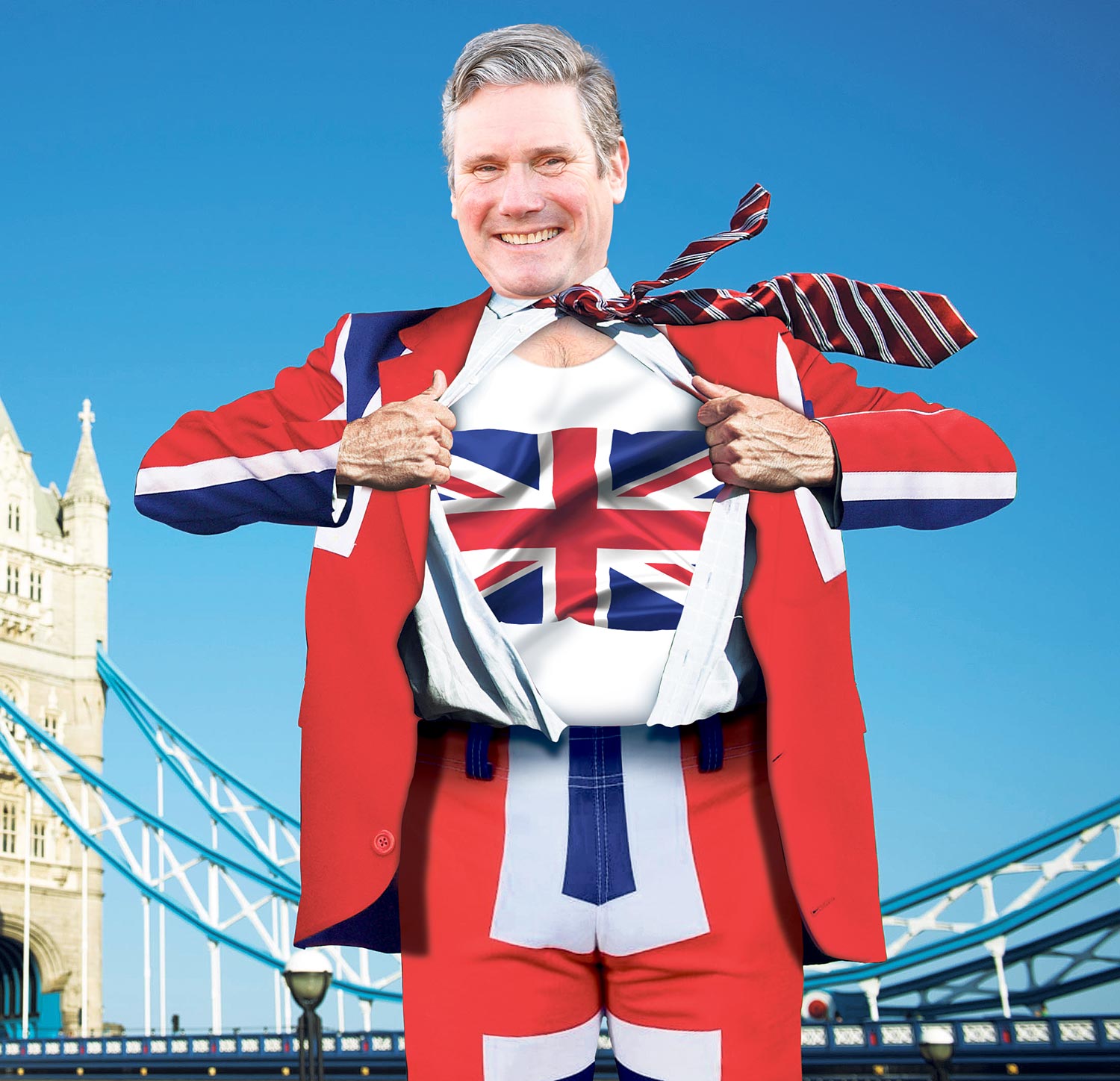 For that reason alone, many Labour Party supporters have been willing to keep quiet about Starmer’s poor performance.

They have kept quiet about his lacklustre appearances in the Commons.

And they have kept quiet about his invisible impression on the wider country.

After Jezza led Labour to defeat in 2019, the party just wanted to give any moderate a try-out. But Starmer’s try-out is increasingly trying.

The PM was referring to Starmer’s weirdly shifting Covid policies.

Starmer has repeatedly berated the ­Government for not doing things that he himself didn’t argue for at the time. Because we didn’t know then what we know now about the virus.

Yet this week Starmer revealed another of his downsides. Which is that he seems to have a memory problem too.

In the Commons on Wednesday the PM rightly pointed to the success of the UK’s vaccine scheme.

And he rightly pointed out that if the UK had followed Starmer’s policies we would be in the same mess over vaccines that the EU is in.

Starmer flat-out denied the point. The Prime Minister rightly insisted Starmer had wanted to stay in the ­European Medicines Agency. 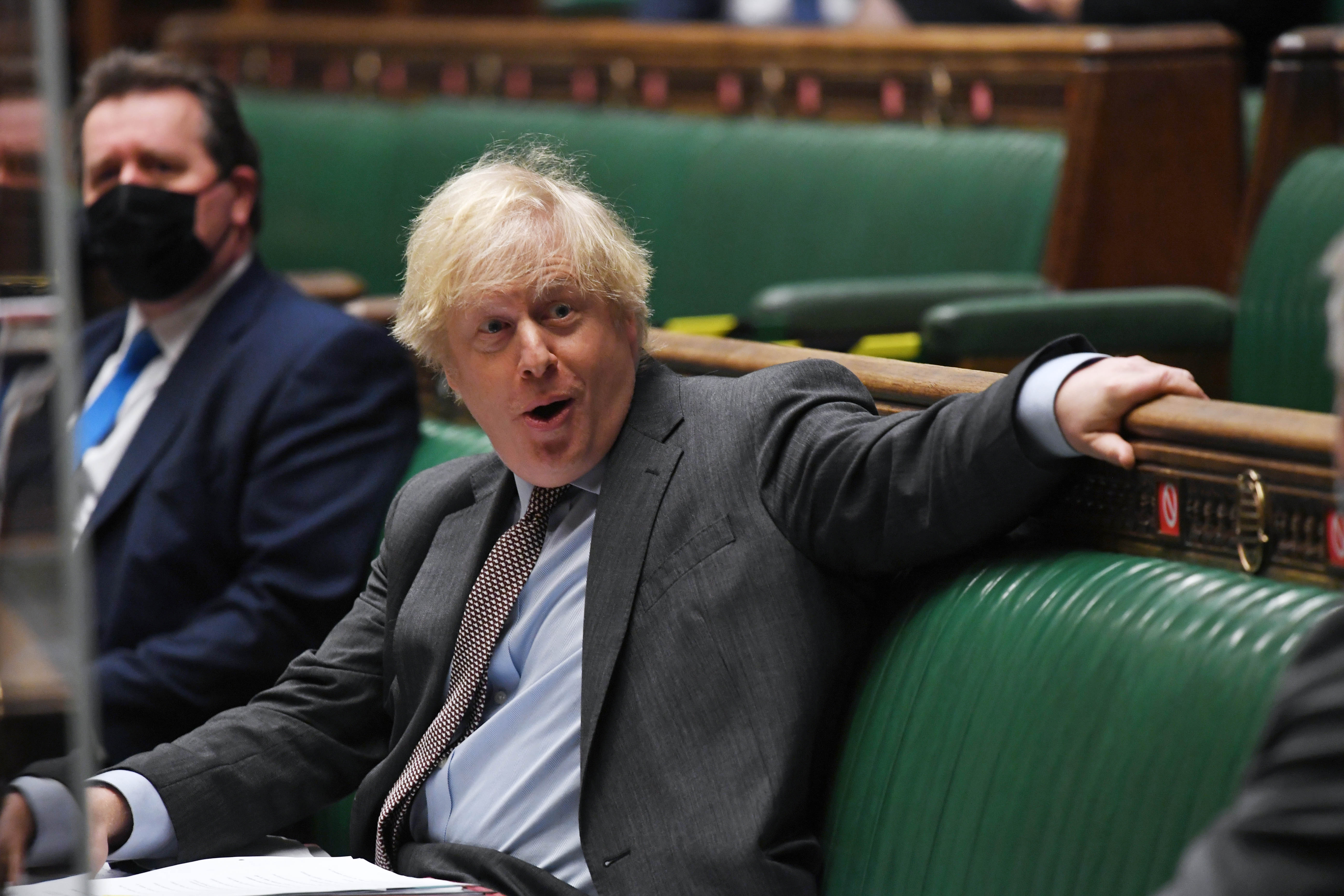 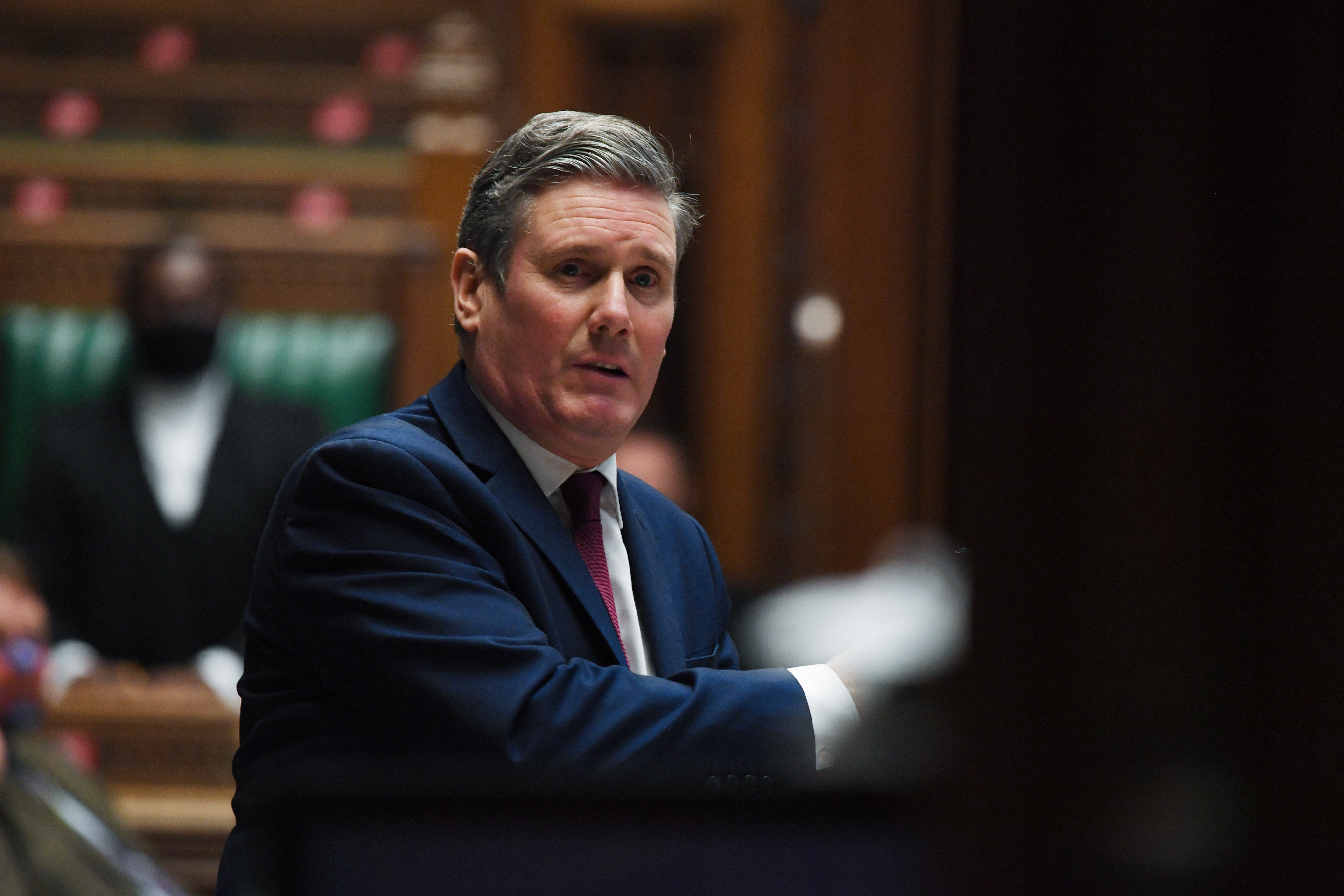 Which is just one of the EU schemes that arch- Remainer Starmer wanted to keep the UK in — hoping that if we stayed in enough EU schemes we would effectively remain in the EU.

For Starmer to deny that now is very strange. But he did deny it.

And it was only afterwards, when a video came out showing Starmer in the Commons repeatedly calling for us to remain in the EU agency, that he admitted that the words from his mouth were his. Captain Hindsight had become Major Forgetful.

It emerged this week that the Labour Party has tried to “focus group” how they might get into office again.

One explanation they were given by the PR bods was that they should try to be seen to love this country.

True, the party suffered a certain PR ­challenge in this area during the Corbyn years. There never was an anti-British ­terrorist who ­Jeremy Corbyn didn’t view as a friend.

Indeed, Corbyn spent far more of his life mourning dead terrorists than he ever did paying tribute to our British Armed Forces.

At the Battle Of Britain memorial service in St Paul’s Cathedral in 2015, Jezza wouldn’t even sing our ­national anthem.

Facts like that don’t get forgotten overnight. But the Labour Party of Keir Starmer is ­hoping that we will forget.

The internal strategy for Labour leaked this week shows that Starmer is now hoping to wrap himself in the flag. And that the ­country will, as a result, view Labour as once again being fit for government. 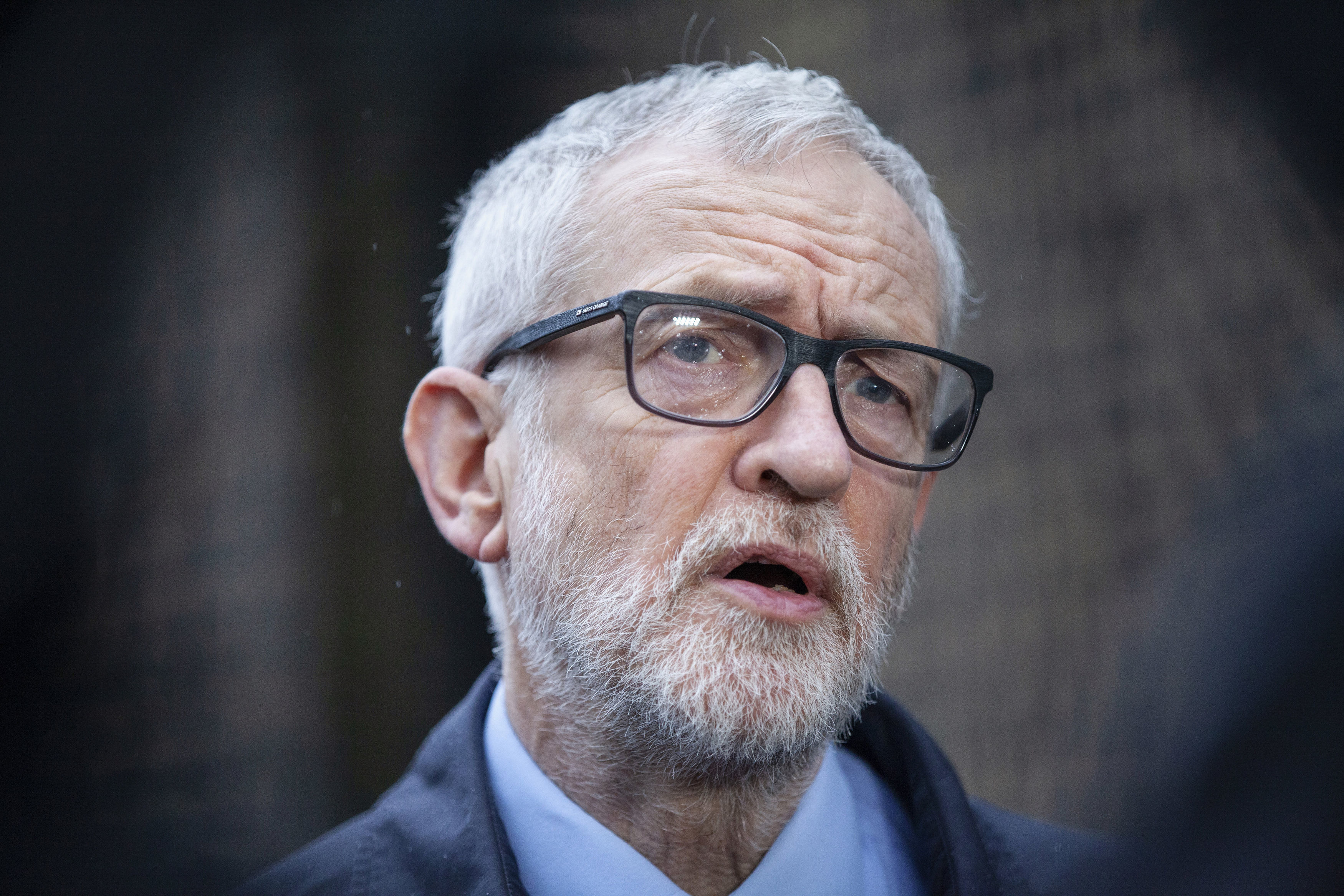 The problem for Labour is they didn’t get Starmer’s predecessor from nowhere.

They got him because a significant chunk of the Labour grassroots share Corbyn’s anti-British attitudes.

One recent poll showed that only 31 per cent of “progressive activists” feel positive when they see the Union Flag.

That is compared with 75 per cent of the public as a whole. Crucially for Labour, the people who feel good about our flag include good, patriotic people in seats in the north of England. Seats that Labour used to regard as its “Red Wall”.

But the activists who make up ­Labour’s organising base have very different views from these voters. Labour’s core activists are centred in ­London and other big cities.

They have “progressive” views on absolutely everything. And they are wholly at odds with the wider country.

Most British people — including in the­ ­former Red Wall — love this country.
They recognise that we have made mistakes, as all countries have. But they know that, taken in the round, Britain has been an overwhelming force for good in the world.

But Labour can’t seem to do that.

Even the mild suggestion of embracing the flag brought certain Labour MPs out in hives. Labour MP Clive Lewis claimed that ­adopting the flag was “not patriotism; it’s ­Fatherland-ism”. As though British patriotism is the same as Hitlerism.

Another “senior Labour official” claimed the suggestion that Labour try to be patriotic made them think of “the storming of the Capitol [in Washington DC]” and made them wonder, “Are you really so blind to what ­happens when you start ­pandering to the language and concerns of the Right?” 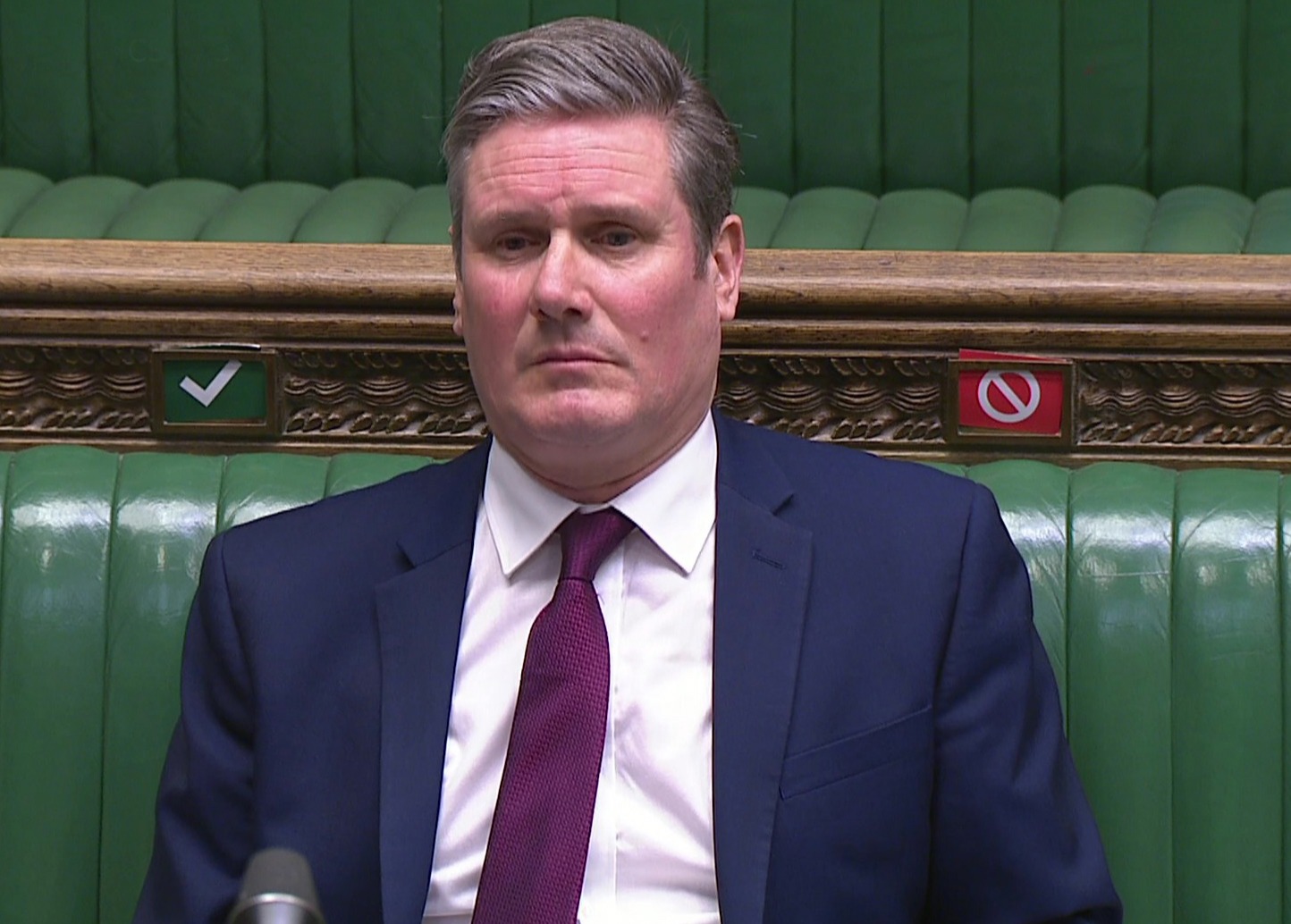 Labour may have a problem with its leader, but the bigger problem is that you cannot lead a country you dislikeCredit: supplied by Pixel8000

Labour may have a problem with its ­current leader. But the much bigger problem it has is that you cannot lead a country you dislike.

You cannot represent ­normal people if you pretend that our love of our country is “far-Right”.

Sir Keir Starmer in Commons: 'Why would we want to be outside the European Medicines Agency?'