A KICKBOXING thug who battered a grandad to death after tipping him out of his wheelchair has been jailed for life.

Daniel Sharples, 38, murdered 53-year-old Michael Mairs during an unprovoked attack in Warrington after a morning of boozing. 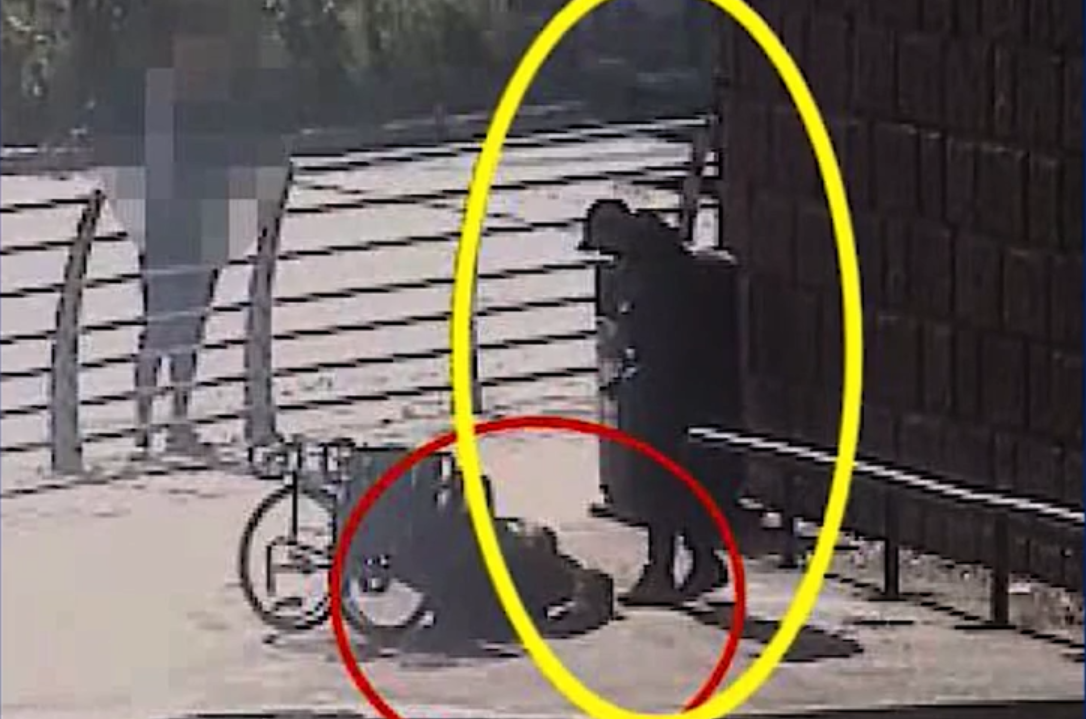 Daniel Sharples, 38 and circled in yellow, has been jailed for life after he knocked 53-year-old Michael Mairs from his wheelchair and kicked him to death 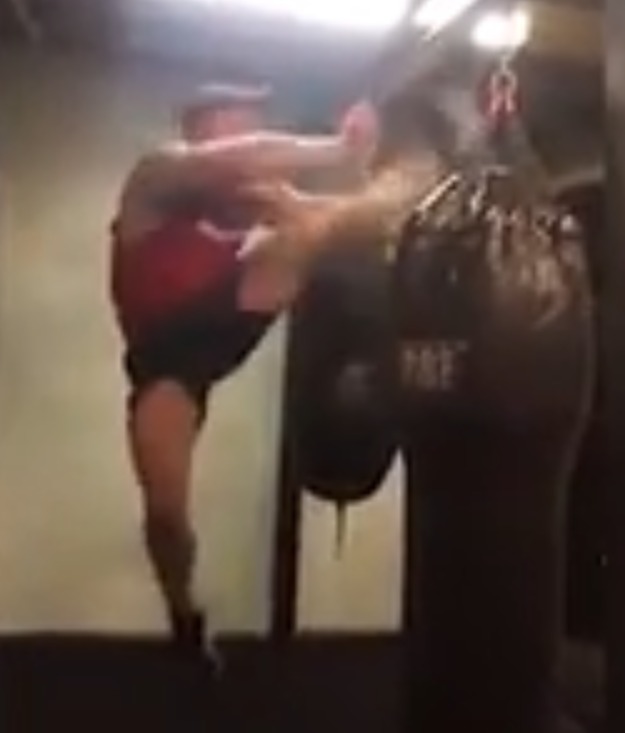 Sharples, who had kick-boxing experience, battered Michael so badly during the unprovoked attack that he never recovered 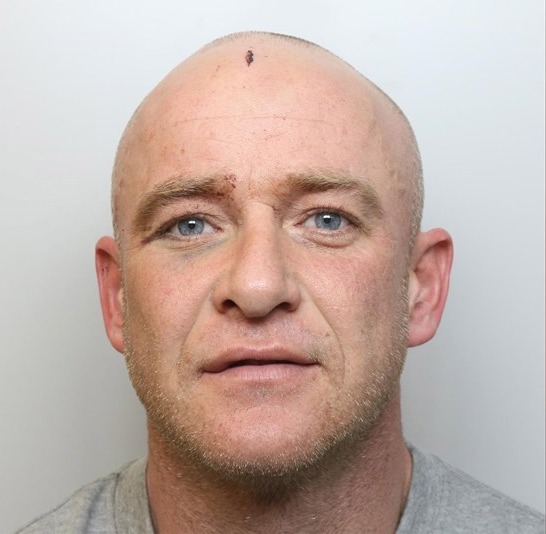 The thug had been downing shots of sambuca on the morning before the attackCredit: CHESHIRE POLICE

Sharples had downed shots of sambuca in the morning before launching a vicious assault on defenceless Michael, a dad-of-two, in broad daylight.

The defendant staggered out of the Looking Glass and Hop Poles pubs at around 12pm before spotting his victim, who was drinking with friends, the Manchester Evening News reports.

He began shouting at the group before suddenly attacking two of Michael's friends.

Both fled after they were repeatedly punched in the face.

Sharples then turned his attention to Michael, smashing him in the face with his fist before tipping his wheelchair over.

Once the victim was on the ground, the defendant repeatedly kicked him in the head as he lay, defenceless, at his feet.

A member of the public managed to drag Sharples away from Michael's body.

The defendant, a former kickboxer, then grabbed the wheelchair and tossed it to one side.

He fled - but was arrested a little while later as he tried to get away from police.

After an eight-day trial at Liverpool Crown Court, Sharples was convicted of murder and sentenced to life behind bars.

He admitted the attack upon arrest - but claimed he'd carried it out because Michael had sold heroin to his son, which police said was "totally unsubstantiated". 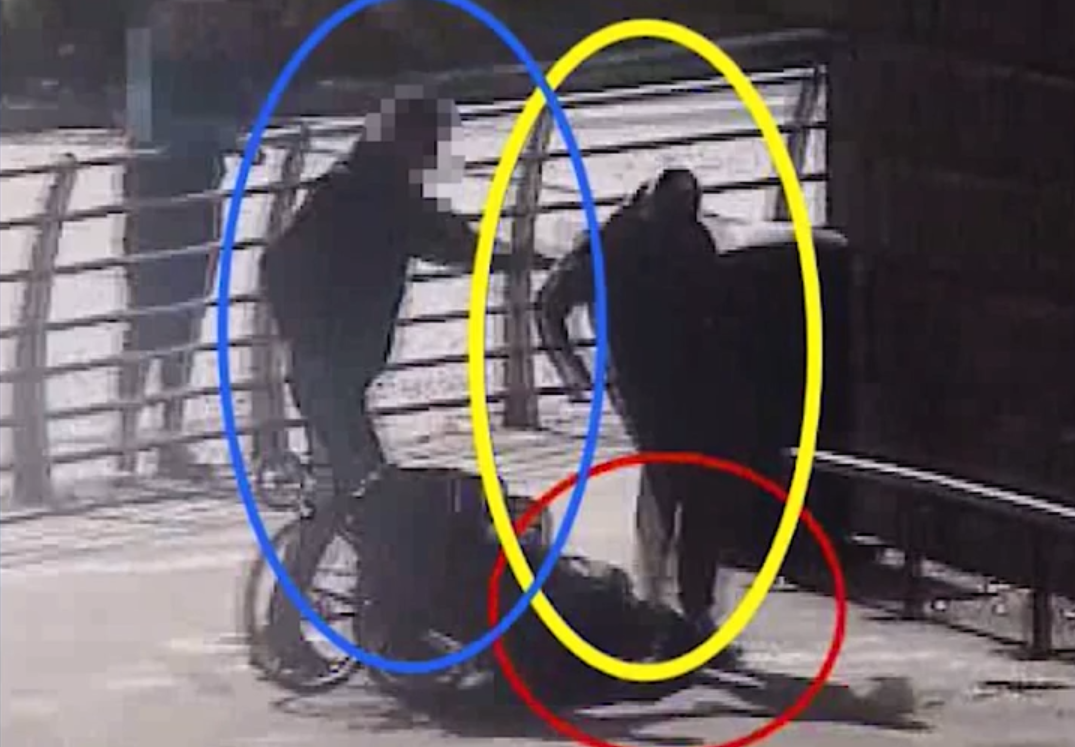 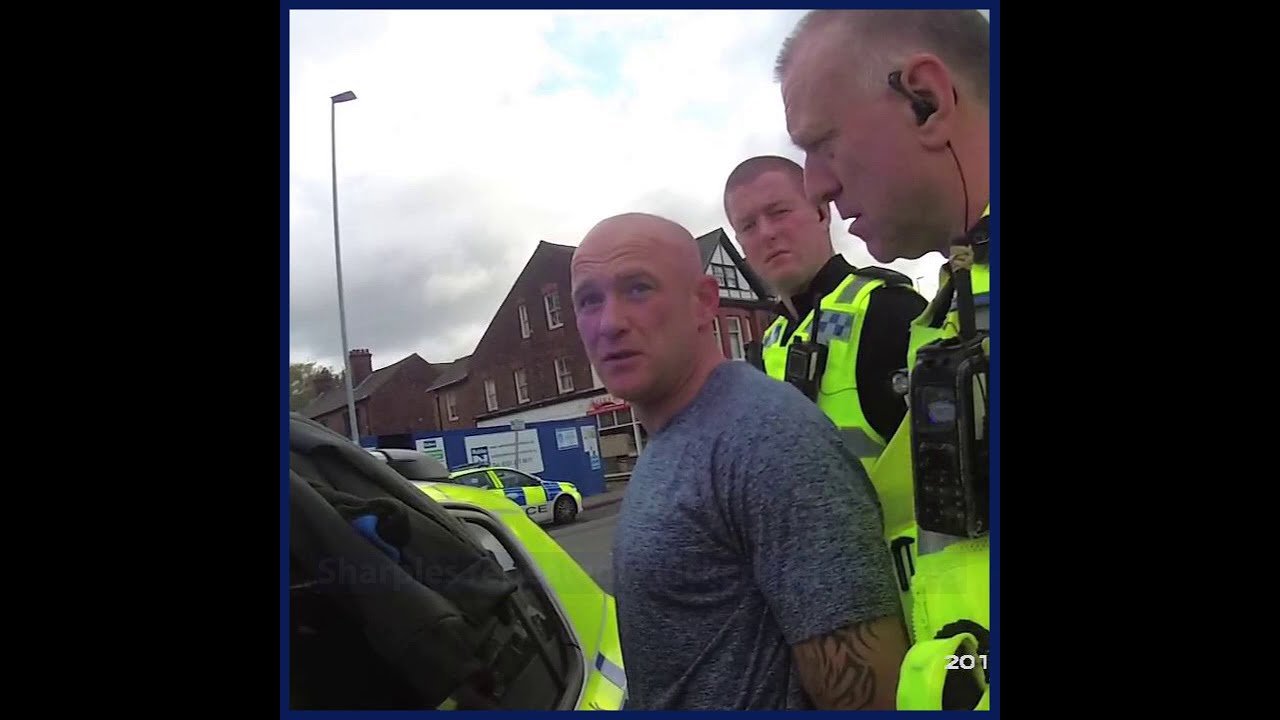 He then ran from cops - but was arrested shortly afterwards 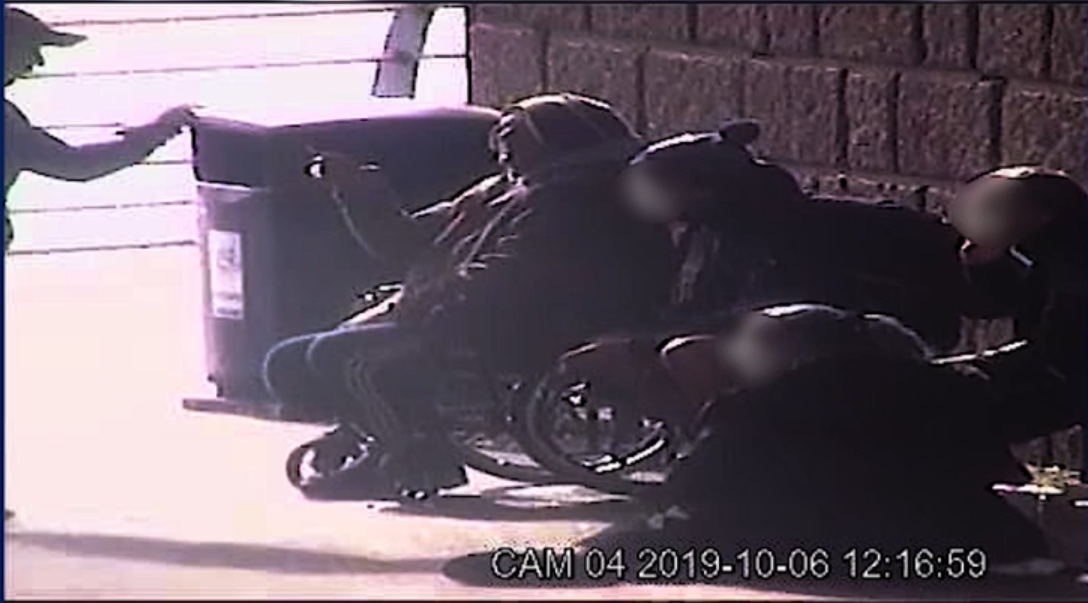 CCTV of the incident shows him approaching the victim, who was chatting to friends

Police say Sharples then repeatedly lied - claiming the victim had sold his son heroin, allegations that are "totally unsubstantiated"

The victim was fatally injured. After he was rushed to hospital, he was put in an induced coma, but died almost a month later.

A post-mortem revealed that, while Michael suffered multiple organ failure, the most significant injuries leading to his death were inflicted to his face.

Sharples, of Orford, Warrington, must serve a minimum of 21 years for the shocking attack.

Detective Inspector Helen Clegg of Greater Manchester Police said: “This was a totally unprovoked attack on a vulnerable man who had no way of defending himself.

“On the day of the incident, Michael was simply socialising with his friends and minding his own business.

What happened on the day Sharples murdered Michael?

Sharples went to the Looking Glass Wetherspoon at 9.30am on Sunday, October 6 2019.

He ordered pancakes and a pint of lager.

Michael, who left his home a little while later, bought four cans of beer at a supermarket and met with friends under a railway bridge.

Sharples moved onto another pub sometime between 11am and 11.30am.

The Warrington Guardian reports that his behaviour was 'odd' - and he believed he was in an ice cream parlour.

He drank two pints of lager and several sambuca shots before being told he wouldn't be served again.

A little while later, at 12.15pm, Sharples ran into Michael and his friends - just minutes after two police community support officers had chatted with them.

The defendant punched Michael's two friends before battering Michael, tipping him from his wheelchair and kicking him to death.

Sharples tried to run away through a nearby pub after getting tid of his jacket and hat.

But he was arrested in the pub's car park after climbing over a wall in the beer garden.

In custody, he told officers: “I’m glad I did it and I’ll do it again.”

He was initially charged with assault occasioning actual bodily harm, two counts of assault and possession of cannabis, admitting all the charges.

When Michael died almost a month later, he was charged with murder, which he denied.

He's now been convicted and sentenced to life in prison.

“Sharples is a strong and powerful man and used his kickboxing experience to launch a vicious and sustained attack on Michael as he sat helpless in his wheelchair.

"He was totally focused on inflicting serious harm.

“Throughout the investigation, Sharples has never shown any remorse.

"Instead, he attempted to place the blame on Michael, claiming that he had sold drugs to his son, claims that were totally unsubstantiated.

“He went on to claim that he had taken Valium prior to the attack and was unable to control himself and had no recollection of what happened.

“Thankfully, the jury have seen though his lies and he is now facing the consequences of his actions."

David Keane, Police and Crime Commissioner for Cheshire, said: “This crime shocked the local community and deeply saddened all those who knew Michael.

“I would like to thank all of the officers involved in the investigation who have helped to get justice for Michael’s family and friends.

“My thoughts are with them at this difficult time I hope this conviction gives them some form of comfort.” 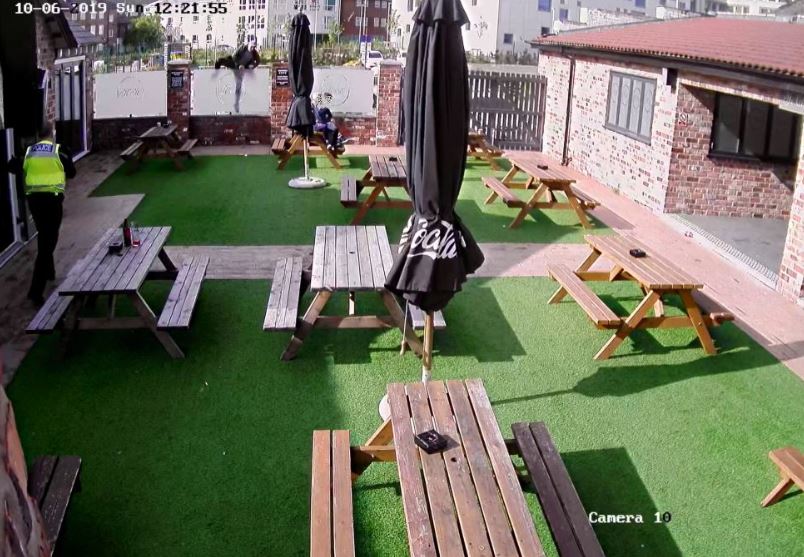