A TEENAGER who was gifted a $500k Lamborghini by his dad has reportedly been arrested over the death of a woman in a high speed crash.

Police believe Brendan Khuri, 17, was behind the wheel of the Lambo SUV that was allegedly street racing an Audi when it plowed into Monique Munoz's car last month in Los Angeles 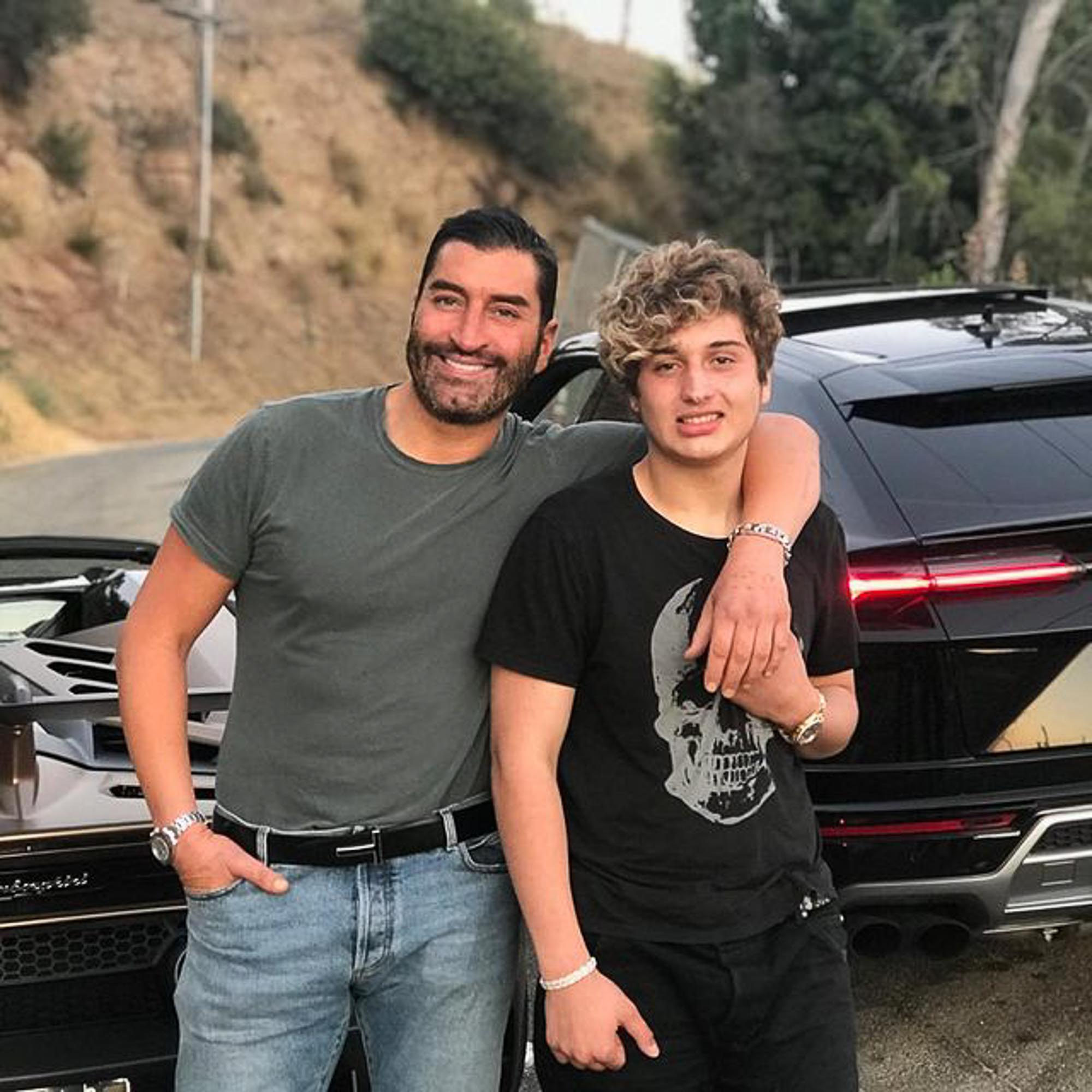 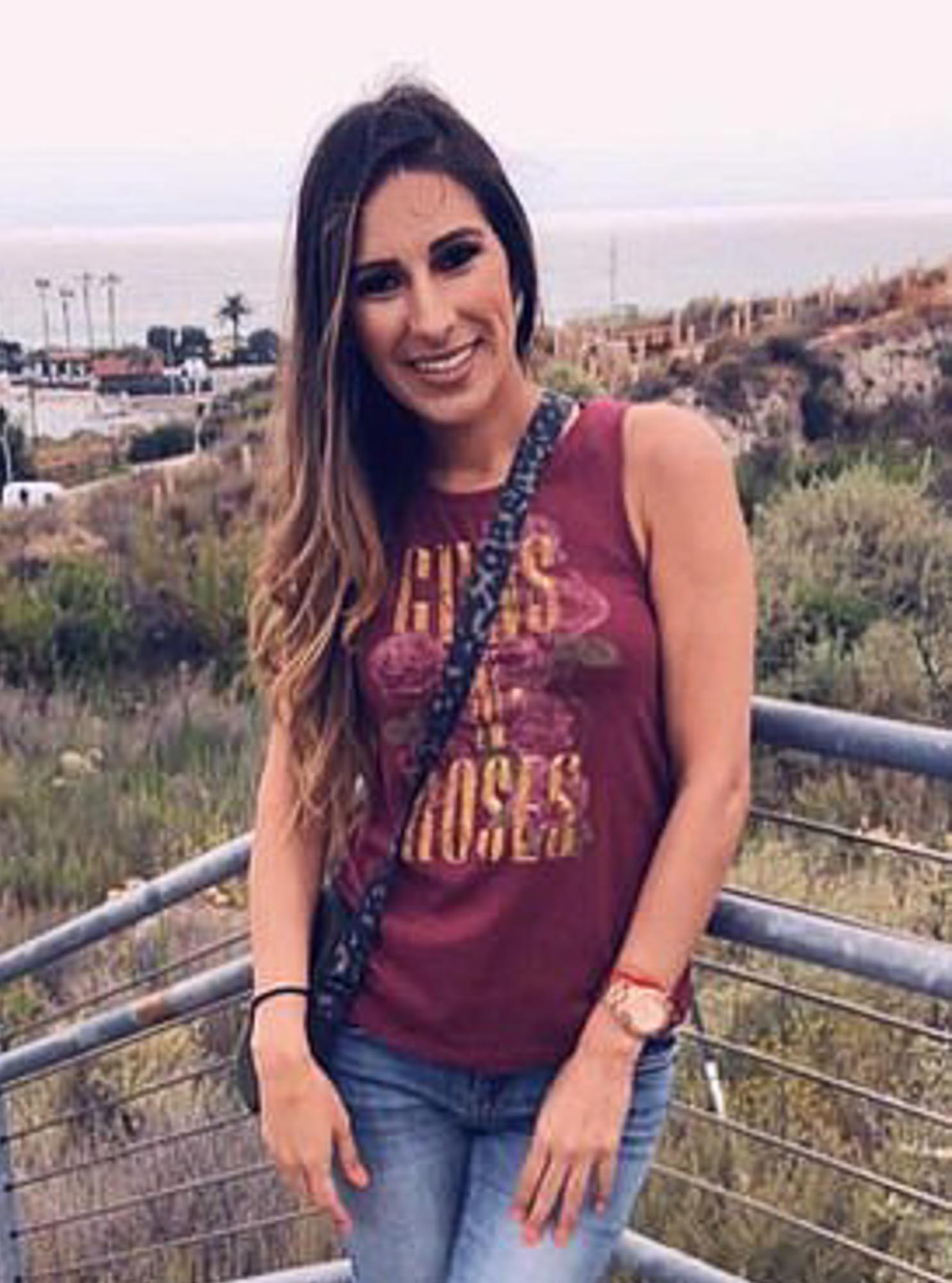 Monique Munoz was killed in the car smash in LACredit: Facebook 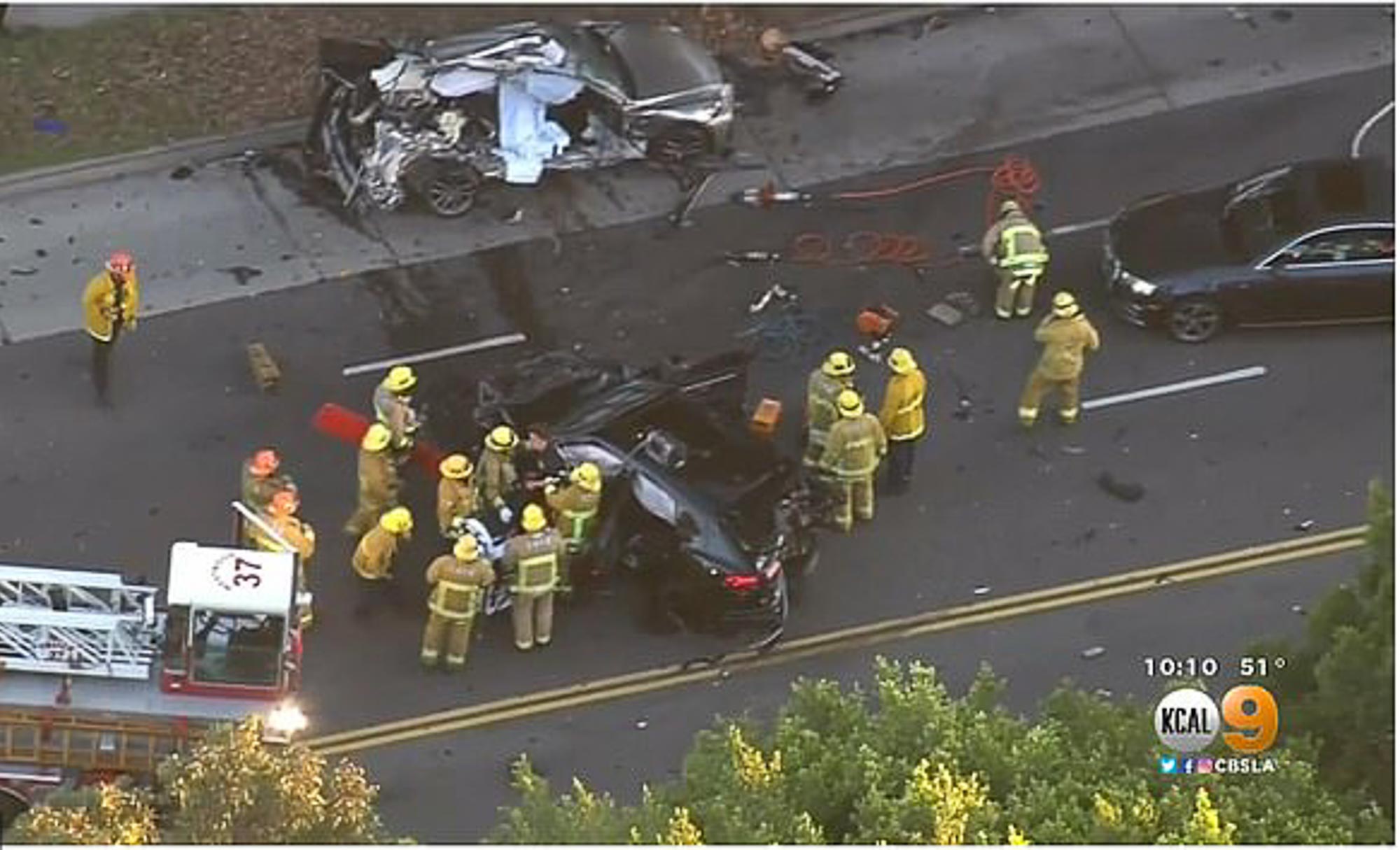 Police believe the Lambo was street racing with an Audi

The 32-year-old receptionist - who was dreaming of going to law school - had to be cut free from the wreck of her crushed car but died at the scene.

Cops have said charges have not yet been filed against the teen due to his age - and the final decision will be made by the District Attorney, who have reportedly said the case is under review.

A family friend has said Brendan is "beyond remorseful" and "cries every day" about the crash, as protesters have gathered at the crash scene holding up signs saying "Justice for Monique".

Brendan's multimillionaire dad James Khuri is reported to have gifted the boy the Lambo for his 17th birthday last June.

He is described as a "serial entrepreneur" in a Forbes profile from 2020 and is the boss of distribution company FJ Holdings.

The dad posted numerous pictures of himself and the teen on Instagram as a cop and family friend reportedly identified the boy as Brendan, according to DailyMail.com.

Brendan remains in hospital after reportedly suffering a brain injury in the crash and is "under the care of the police", the family pal added.

Supervising Detective James Dickson of the LAPD's West Traffic department, said the filing has been presented to the LA County Juvenile DA.

The detective said they believe the Lambo was racing with Audi, which was also found at the scene but was not involved in the crash - and he said Brendan was booked while in hospital, with the arrest charge being for "192(c)(1), negligent vehicular manslaughter".

Mark Werksman, a lawyer for the Khuri family, denies that Brendan was racing and has said they are working with the Munoz family to reach a "financial settlement".

He said: "The Khuri family is devastated by the tragic accident on February 17, 2021 that caused the death of Monique Munoz.

"Their hearts go out to the Munoz family for their incomparable loss."

Detective Dickson said cops believe the Lambo was "potentially engaged in a speed contest" with an Audi.

He said that "from evidence recovered and eyewitness accounts the vehicle was being operated at an unsafe speed" - and added they are also investigating posts on social media. 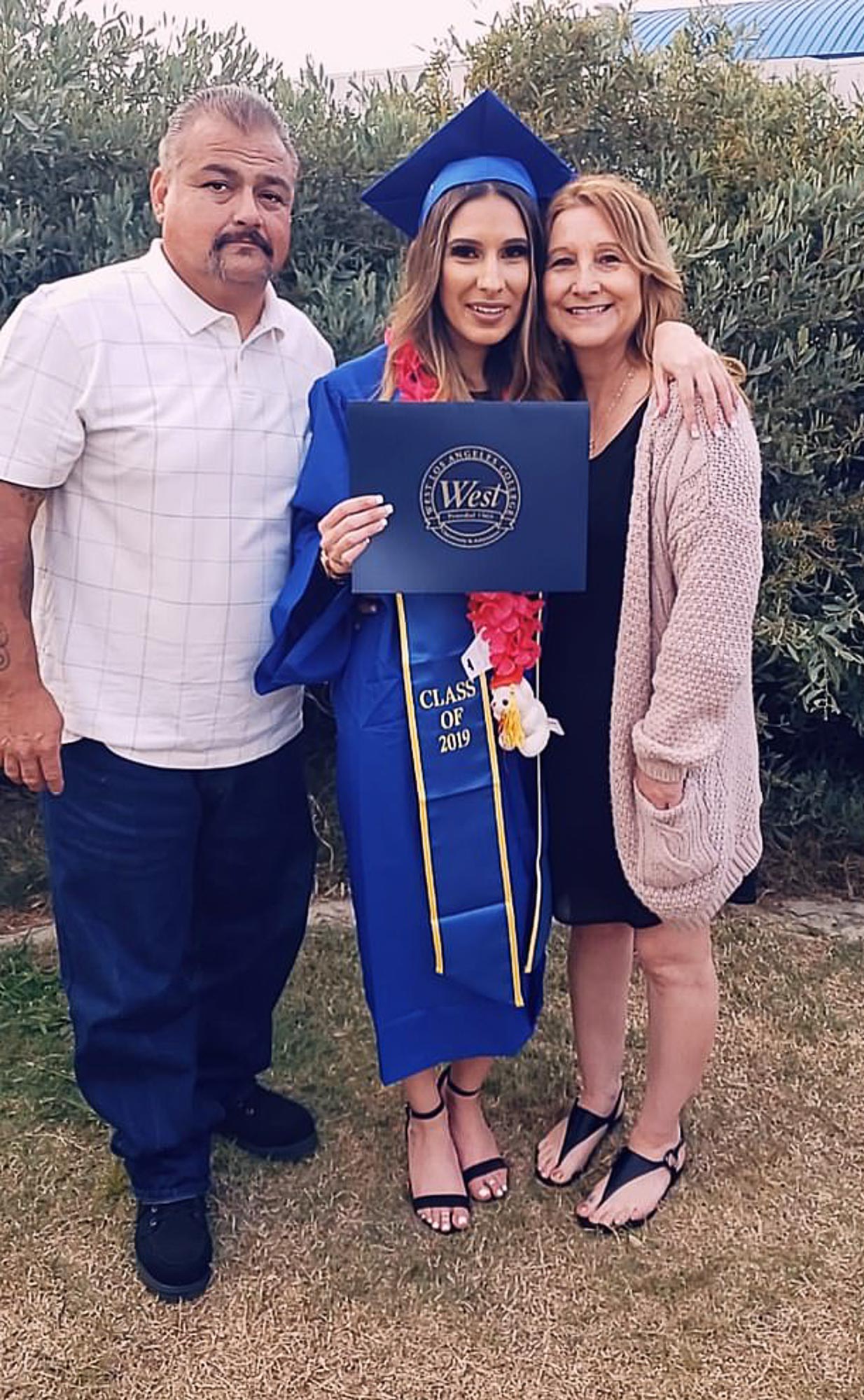 Monique Munoz was dreaming of going to law schoolCredit: Facebook

Brendan's dad James reportedly posted on Facebook a picture of himself with his arm around his son and the grey, $517,000 Lamborghini Aventador SVJ in the background next to a black Lamborghini SUV.

He wrote: "My son and I hanging out cruising in the Hills. Everyone knows who's [sic] car is faster."

And then the following month, he posted another snap on Instagram of two of them posing with a gold SVJ and the same SUV.

The posts have since been deleted, and there is nothing to suggest that James was any way involved in the crash of February 17.

Detective Dickson however said his department "immediately"  sent requests to Instagram and Facebook to preserve the posts as evidence.

He said: "We are interested in those posts. However, he [James] deleted most of his social media accounts before we were able to recover anything.

"That doesn't mean we can't get those posts. We certainly can, they're just not readily available." 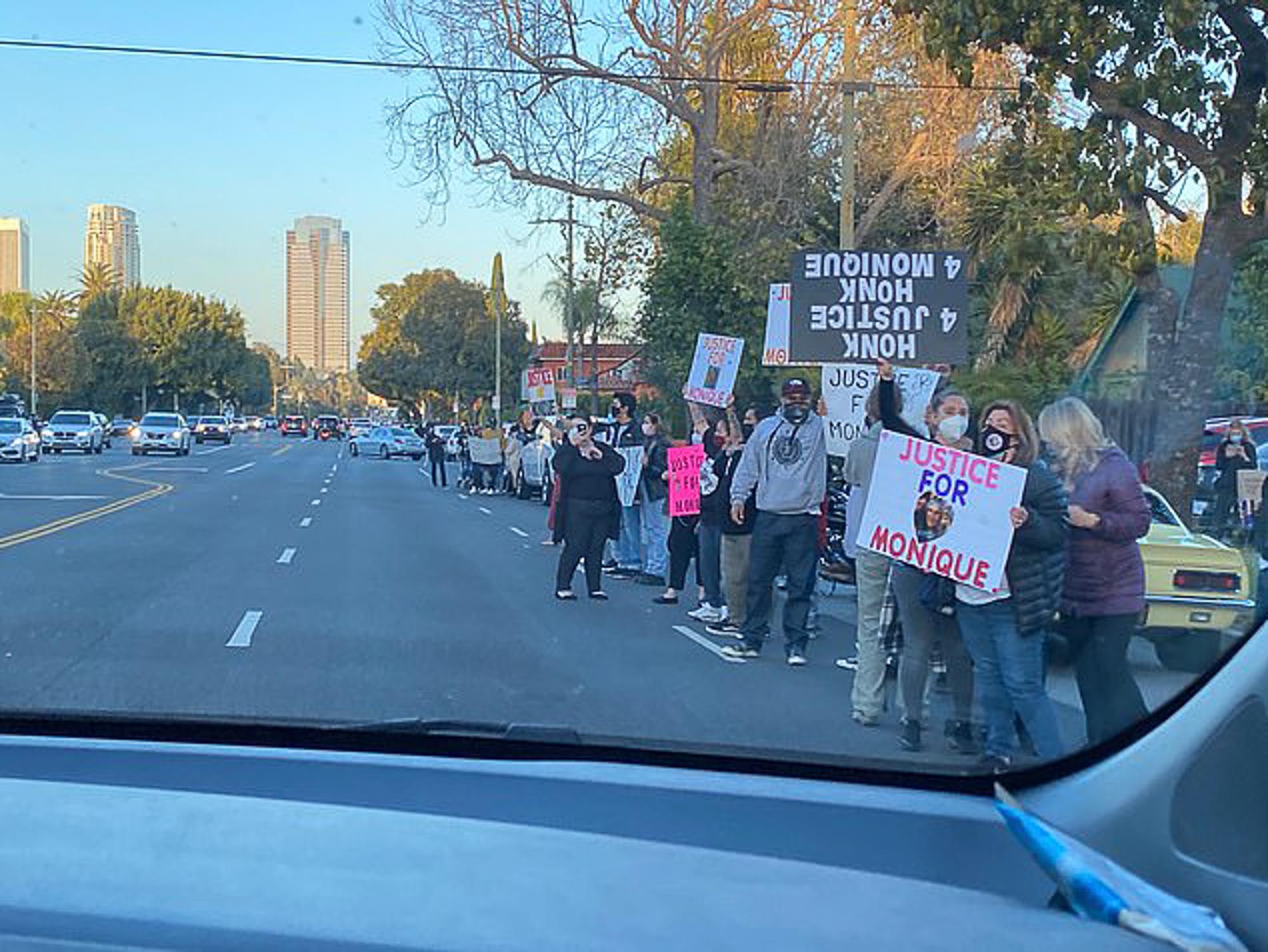 Protesters at the crash scene want 'Justice for Monique' 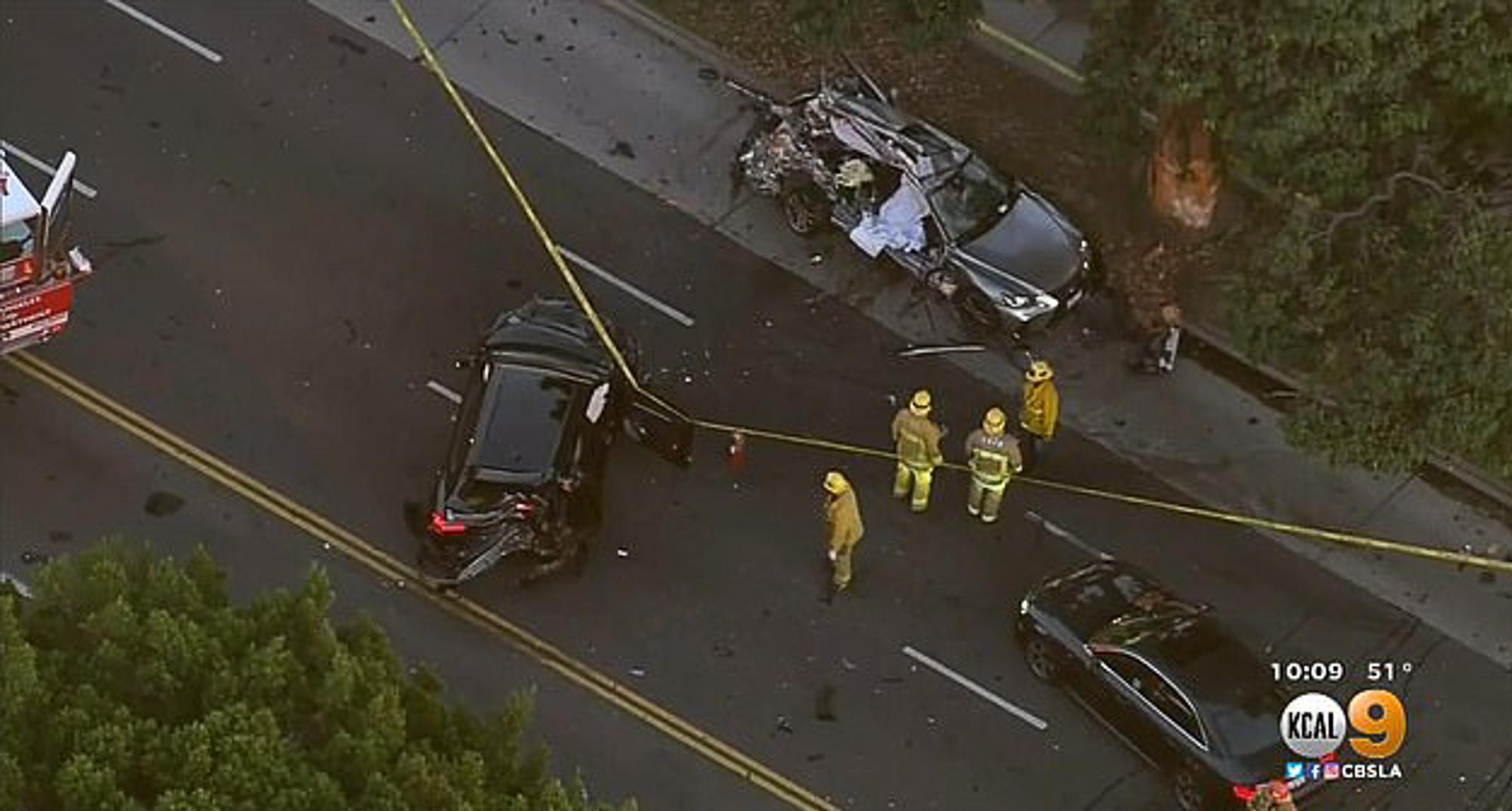 Family friend Candace Greene said: "The kid is beyond remorseful, he cries every day.

"He's been in the hospital since the day of the accident with a brain injury so he did not walk away from this with cuts and scrapes.

"He is petrified. He has been somewhat under the care of the police. They have been at the hospital, they know what's going on"

She said Brendan had been given the vehicle for his 17th birthday despite opposition from his mum, Christine, who divorced James in 2008.

"He bought this car for his boy. It was a birthday gift. His mother and her new husband were adamantly, 'no, no, no'," she said.

"Her new husband said, 'this is an accident waiting to happen'.

"Now this has happened. It's devastating for his mother and another family has lost their child." 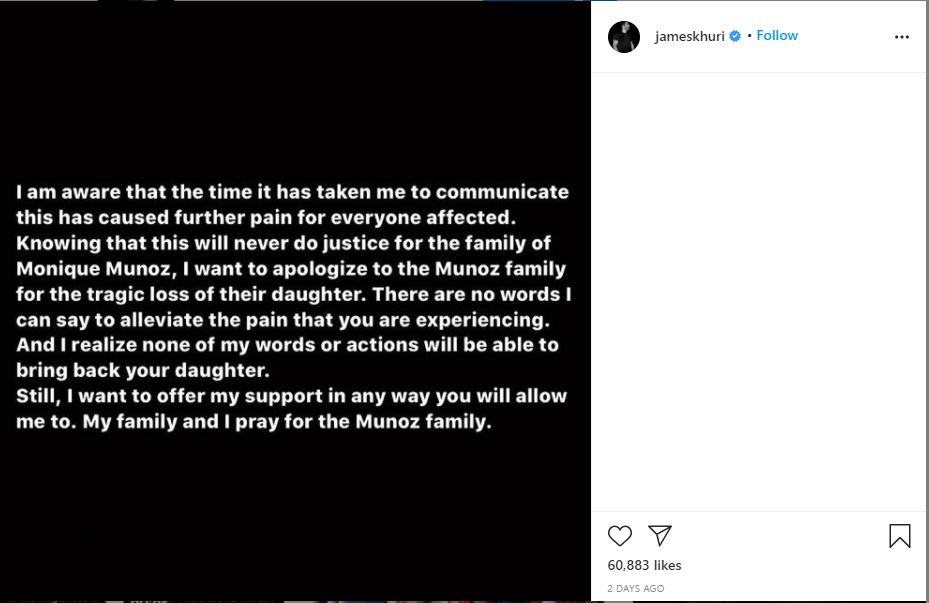 Monique's mom Carol, 54, wrote of her heartbreak on Facebook following her daughter's death in the crash.

"I LOVE YOU FOREVER BABY FEELS LIKE A BAD DREAM RIP MY BEAUTIFUL PRINCESS," she said.

Isaac Cardona, her stepfather, told ABC7: "She was an angel. She had a heart of gold, never bothered or hurt anybody...never had a bad bone. She's going to be well missed.

"Her mother is devastated, all for a senseless act."

Monique's sister Amber Nicole also posted on Twitter promoting their justice campaign with a picture of Brendan and James last week, saying the family are "angry".

In a statement on Instagram on Thursday, James wrote: "I am aware that the time it has taken me to communicate this has caused further pain for everyone affected.

"Knowing that this will never do justice for the family of Monique Munoz, I want to apologize to the Munoz family for the tragic loss of their daughter.

"There are no words I can say to alleviate the pain that you are experiencing. And I realize none of my words or actions will be able to bring back your daughter.

"Still, I want to offer my support in anyway way you will allow me to. My family and I pray from the Munoz family."