THE M6 motorway has been shut after a lorry fire sparked fears the tinned fruit it was carrying could explode and hit passing cars.

Both carriageways of a major highway in North Staffordshire - between junction 14 for Stafford North and junction 15 for Hanchurch - have been closed since around 3pm this afternoon. 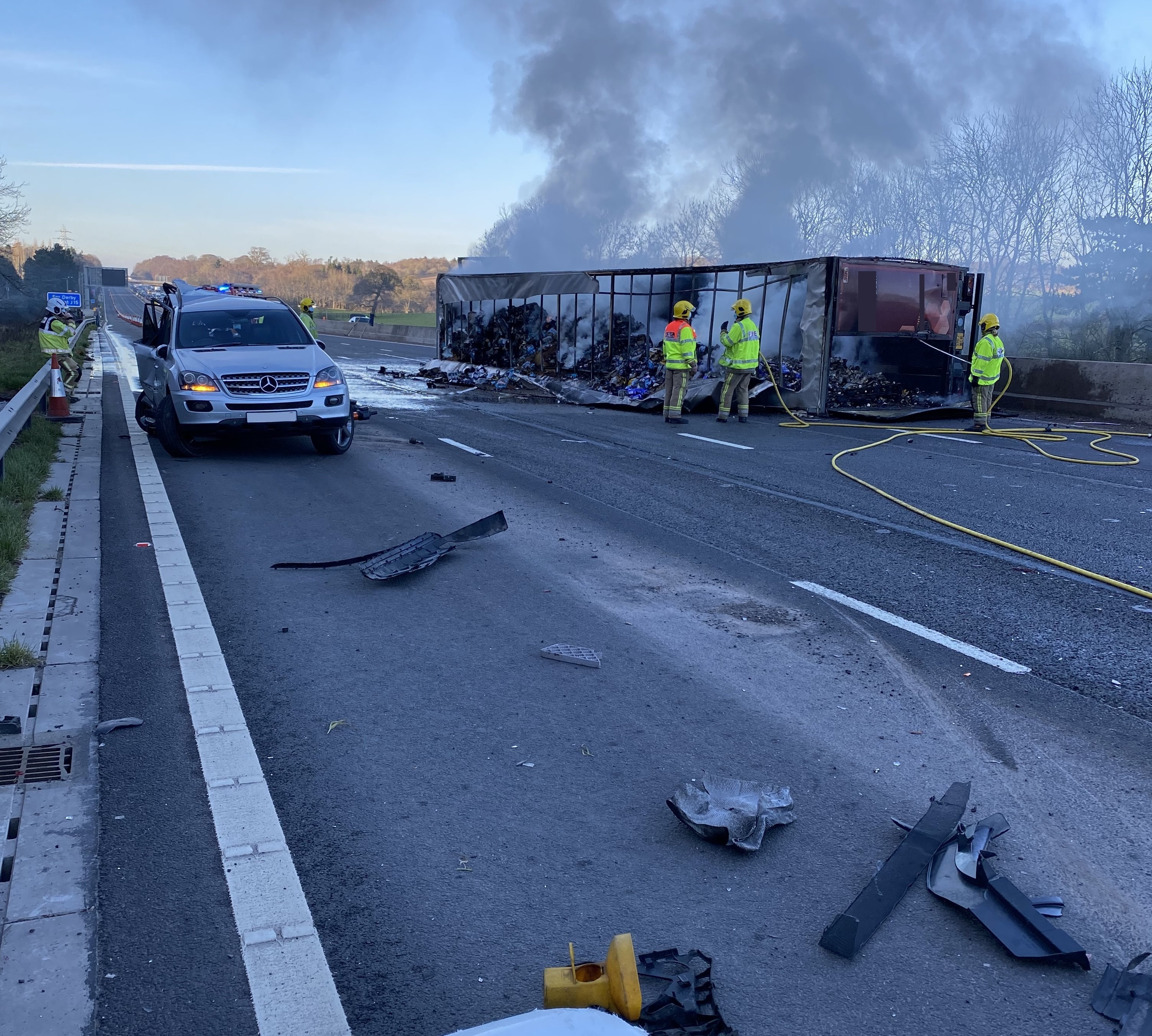 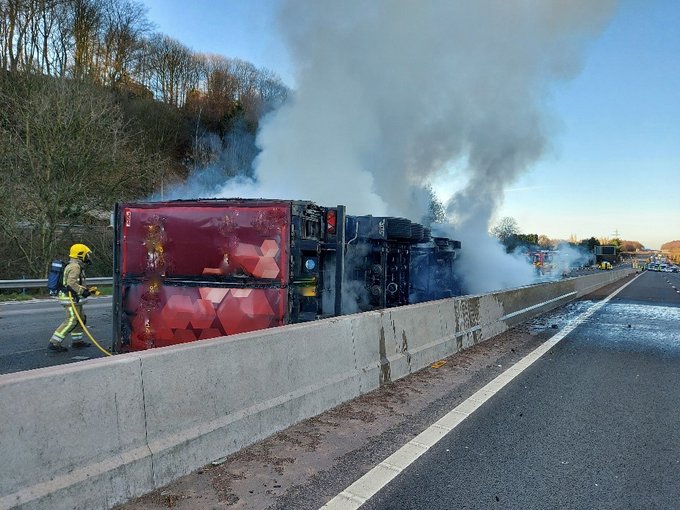 A lorry which was carrying tinned fruit has caught fire on the M6Credit: West Midlands Fire Service

Emergency services said an overturned lorry is ablaze on the northbound carriageway.

The vehicle that caught fire was carrying tinned fruit "popping" due to the heat, Highways England said.

There is a risk the fruit could explode and hit any passing vehicles.

Staffordshire Fire and Rescue Service remain at the scene to deal with the blaze, Stoke-on-Trent Live reports.

A digger has been brought in to remove the tins of fruit and allow emergency services to fully extinguish the fire.

A fire service spokesman said: "We are still in attendance on the M6.

"A digger is now in use emptying the lorry's contents onto the road for full extinguishment and disposal.

All traffic has been stopped and it is not yet known when the M6 will reopen.

Motorists are being diverted along the A500 through Stoke-on-Trent and the A34.

A Highways England spokesman said: "The M6 in Staffordshire is closed northbound between junctions 14 and 15 due to a collision and a vehicle fire.

"It is also blocked southbound while emergency services work at the scene alongside Highways England traffic officers.

"Please allow extra time for your journey if travelling in the area or consider alternative routes."

The spokesman added: "We are unable to open any lanes at this time.

"The vehicle that has caught fire is carrying canned fruit which is popping due to the heat and has the potential to hit any passing vehicles."