A MAN died in a hit-and-run and another was knifed at a nearby shop this afternoon as cops hunt a driver in the Black Country.

The victim, a pedestrian, was struck by a car in St Marks Road, Tipton, at around 1.45pm. 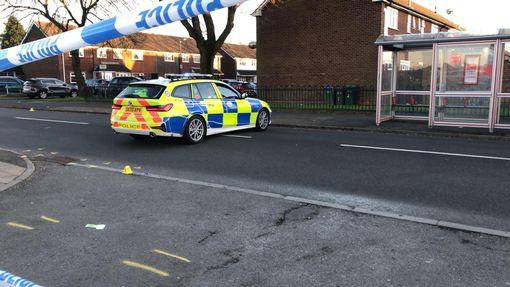 A pedestrian was killed in a hit-and-run in Tipton todayCredit: BPM Media 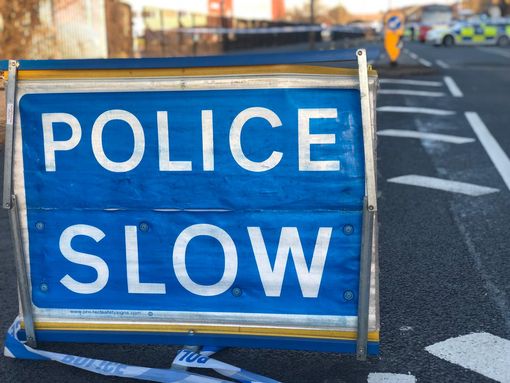 St Marks Road has been sealed off as police carry out an investigationCredit: BPM Media

Paramedics attempted to revive him but he could not be saved and was pronounced dead at the scene, West Midlands Police said.

A cyclist was also hit by the car but was not seriously hurt, officers added.

St Marks Road has been sealed off while police carry out an investigation.

A vehicle, believed to be the car involved in the incident, was recovered by police around two miles away and has been seized for forensic analysis.

The hit-and-run incident happened just 30 minutes before a stabbing at a nearby shop, police said.

It is unclear whether the two incidents are linked.

At around 2.15pm, police received reports of a disorder at a shop in St Marks Road.

A man suffered a stab wound and was taken to hospital in a serious condition, police said. 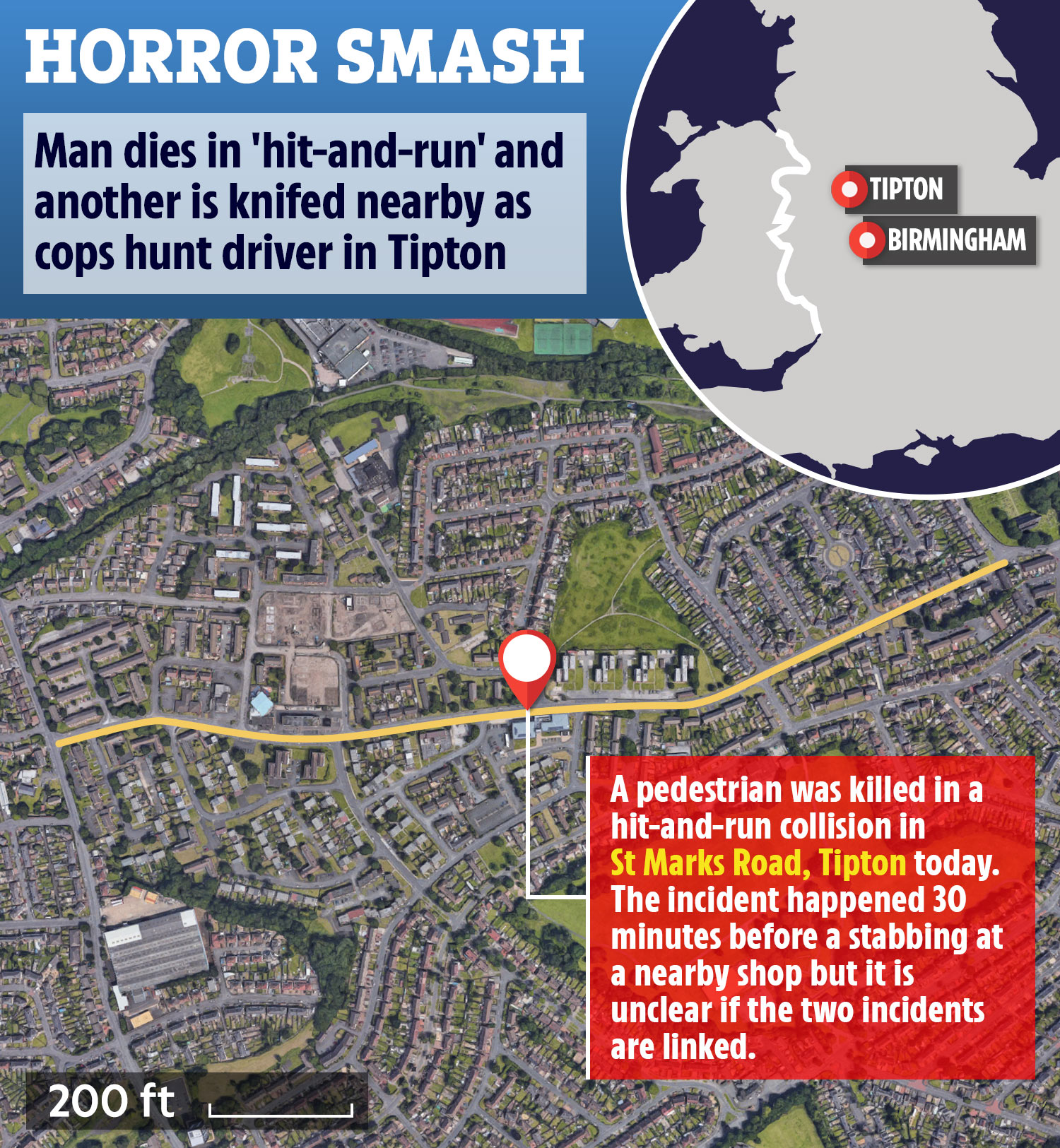 West Midlands Police Superintendent Chris Mallet, said: “Tragically a pedestrian has lost his life and my thoughts are with his family. We have a specialist family liaison officer working with them at this tragic time.

“Exactly what’s gone on is unclear at this stage but our enquiries are progressing at pace.

“We believe we have recovered the offending vehicle, a silver car, and that will be forensically examined. We have already started trawling CCTV and road cameras as we attempt to locate the hit and run driver.

“It’s too early to say at this stage whether there is any connection with the stabbing reported some 30 minutes later in the same street.

“We’re appealing for witnesses to get in touch to help us build up a picture of exactly what’s happened.” 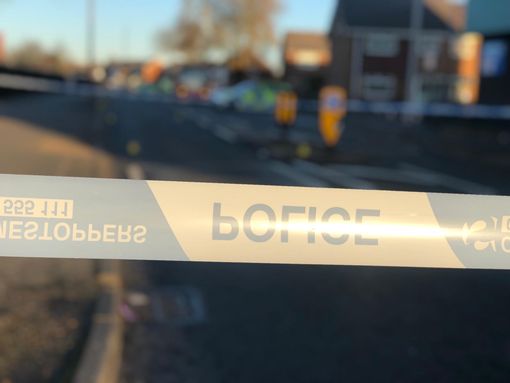 West Midlands Police said it is unclear whether the two incidents are linkedCredit: BPM Media

A police spokesperson said: “We’ve launched an investigation after a pedestrian was killed in a hit-and-run collision in the Black Country this afternoon (27 Feb).

“Paramedics attempted to revive him but sadly he couldn’t be saved and was pronounced dead at the scene.

“A cyclist was also hit by the car but was not seriously hurt.

“Officers recovered what’s believed to be the offending vehicle around two miles away in Griffiths Street, Tipton, and that has been seized for forensic analysis.

“At around 2.15pm we also received reports of a disorder at a shop in St Marks Road.

“One man suffered a stab wound and has been taken to hospital in a serious condition.”

Officers are appealing for witnesses to establish the circumstances of the incidents.

West Midlands Police have asked anyone with information to get in touch.

Drivers who were in the area at the time of the collision have also been asked to check their dashcam footage to see whether they caught the incident.

Any witnesses can call police on 101 or message them on Live Chat via WMP Online, quoting log 1827 from 27 Feb.