Melania slams Biden hiding ‘in a basement’ as Joe tweets rally pic & asks ‘who let all these people into my basement?’

FIRST Lady Melania Trump mocked Joe Biden on Saturday for hiding “in a basement” – as the former VP shot back with a photo of a packed campaign rally.

While addressing supporters in Wisconsin, Melania joined Republicans in making fun of Biden, 77, for holding fewer rallies than President Donald Trump amid the pandemic. 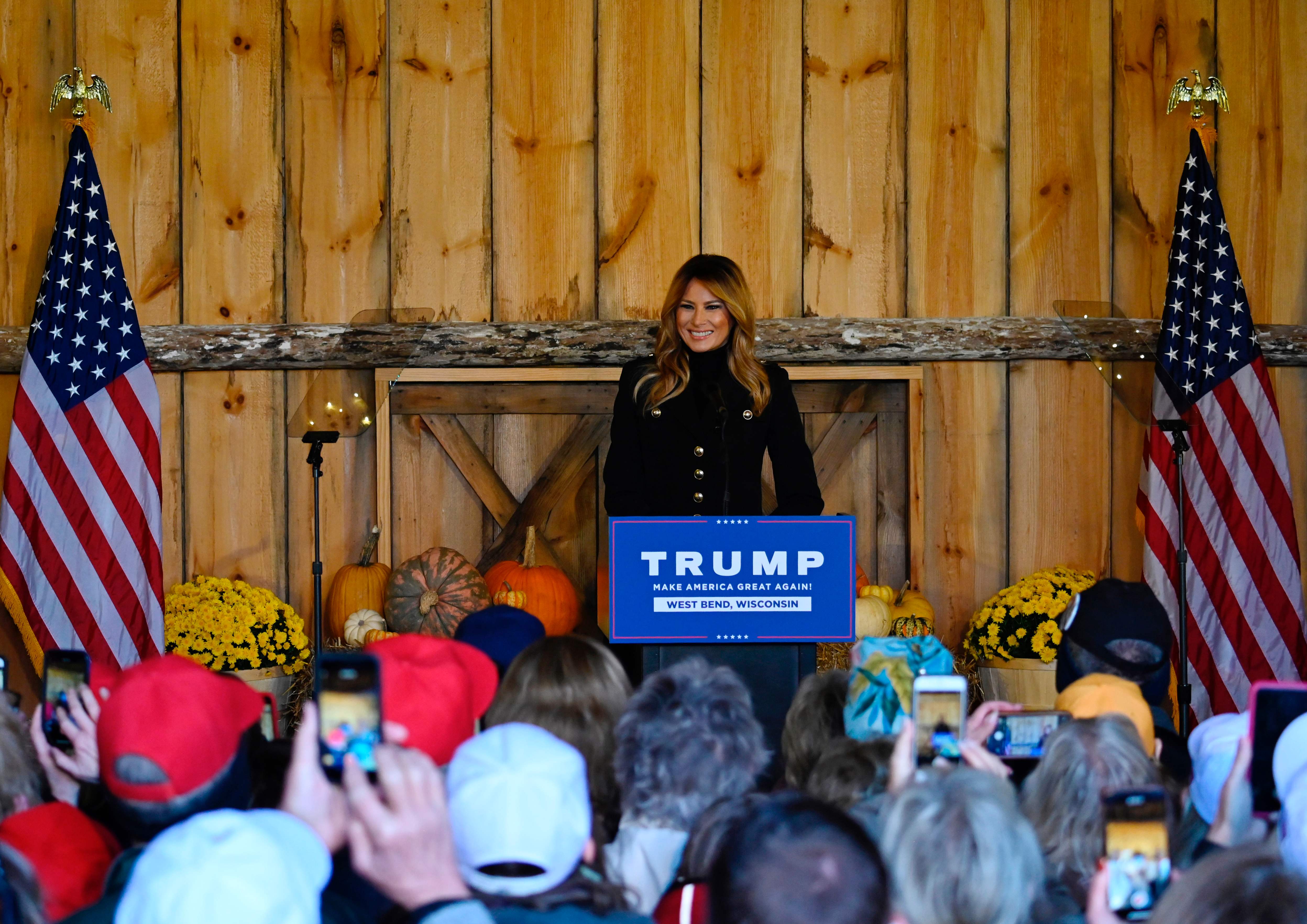 First Lady Melania Trump joked about Joe Biden hiding 'in the basement' while campaigning in Wisconsin on SaturdayCredit: AFP or licensors 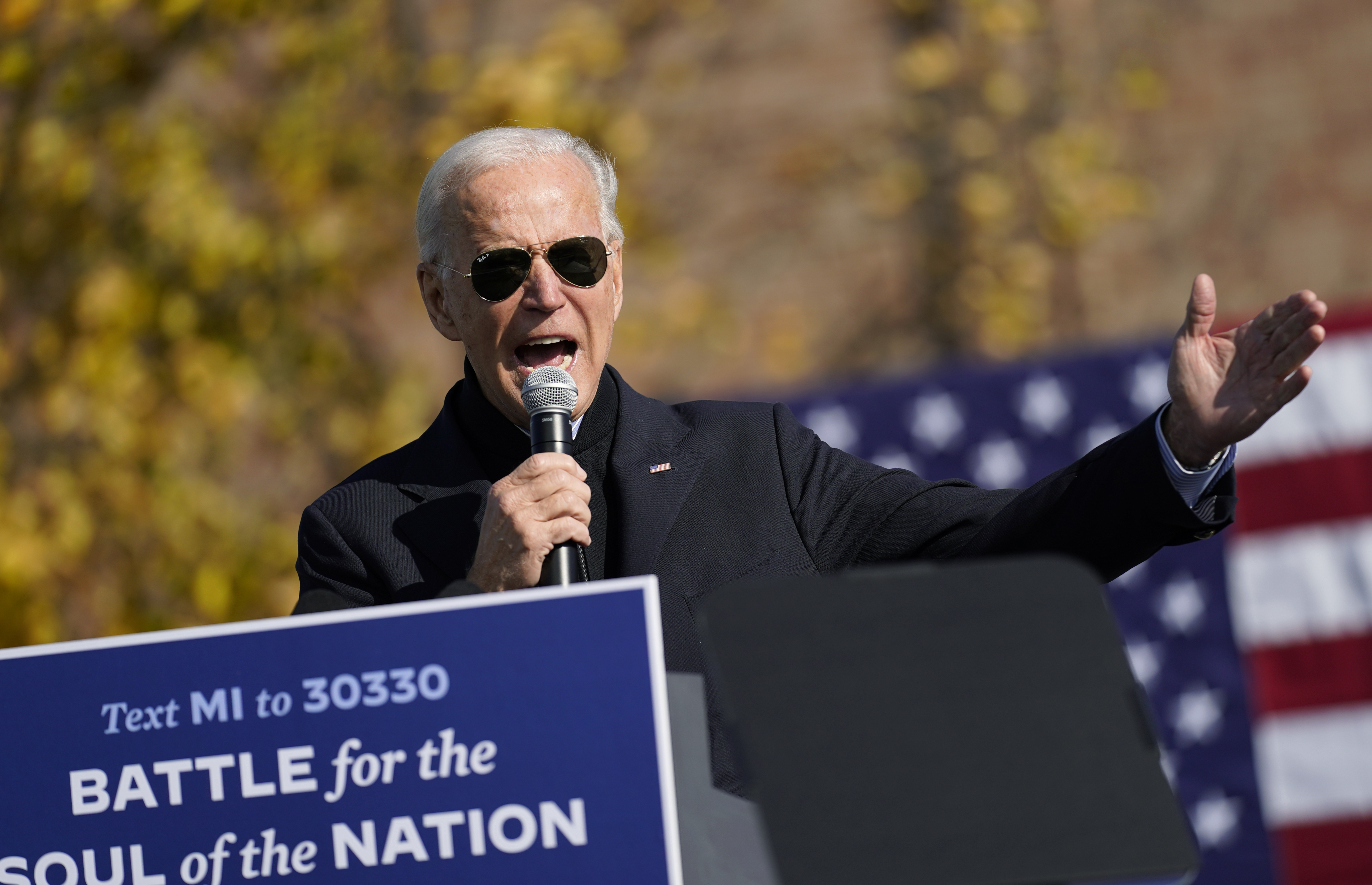 Republicans have often mocked Biden for staying home during the pandemicCredit: AP:Associated Press

“Joe Biden says he could do a better job leading our great nation,” Melania said. “Apparently when you hide in a basement, you feel safe communicating your wishful thinking.”

Republicans, including Trump, have claimed throughout the 2020 election that Biden “hides in his basement.”

At his packed, mostly maskless rallies leading up to Election Day, Trump has ridiculed Biden, saying that as president, he’s unable to hide in the basement of the White House.

“I can’t just lock myself in the basement of the White House. I actually got to see it one time. It’s very nice. Very solid basement,” Trump told supporters on Saturday. 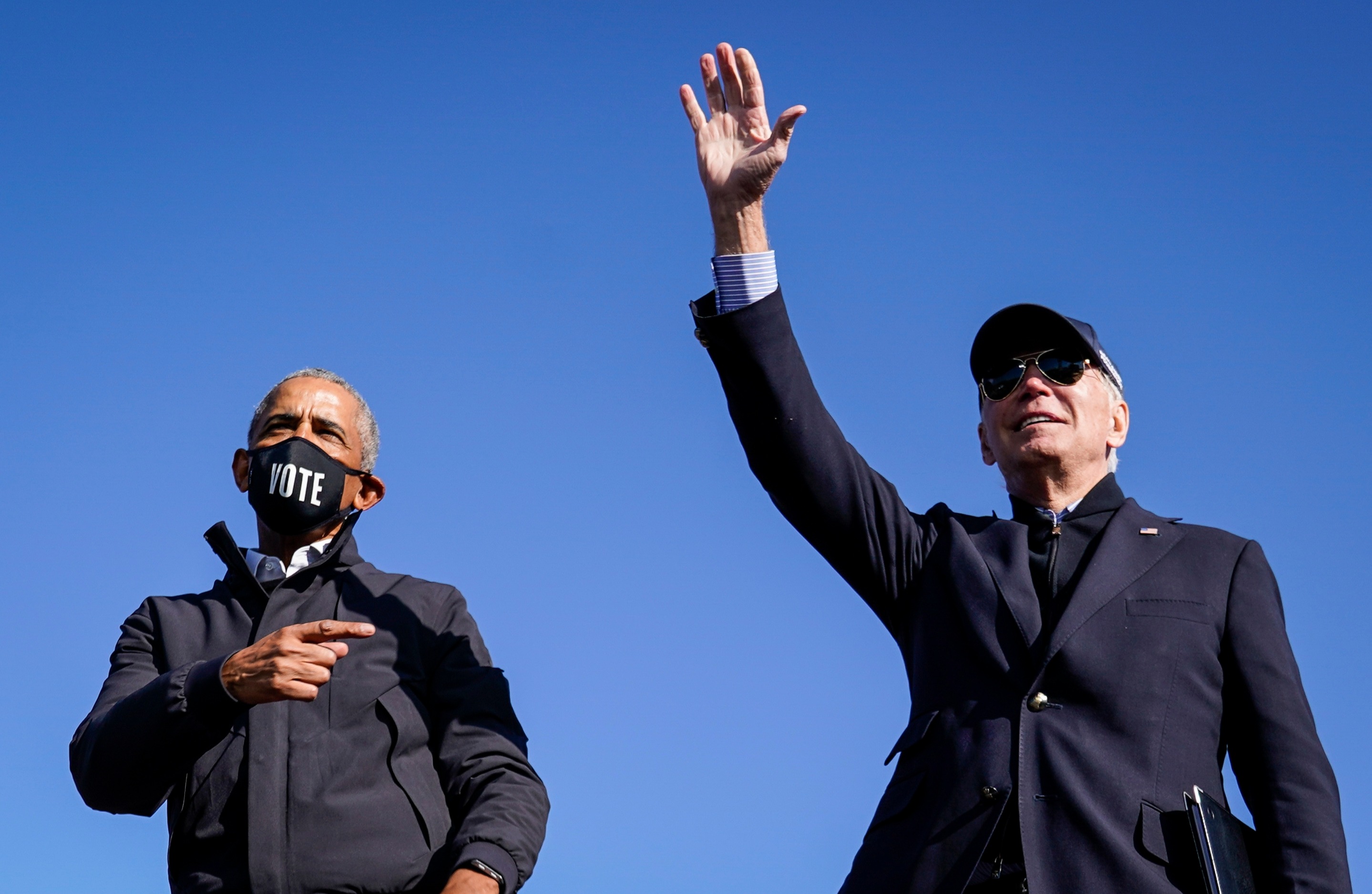 An attack ad from the Trump campaign released over the summer said Biden was sitting “in his basement, alone, hiding, diminished.”

At the first presidential debate with Biden, the president also threw in a basement jab: "We have to learn to live with coronavirus. We can’t all lock ourselves up in a basement like Joe does.” 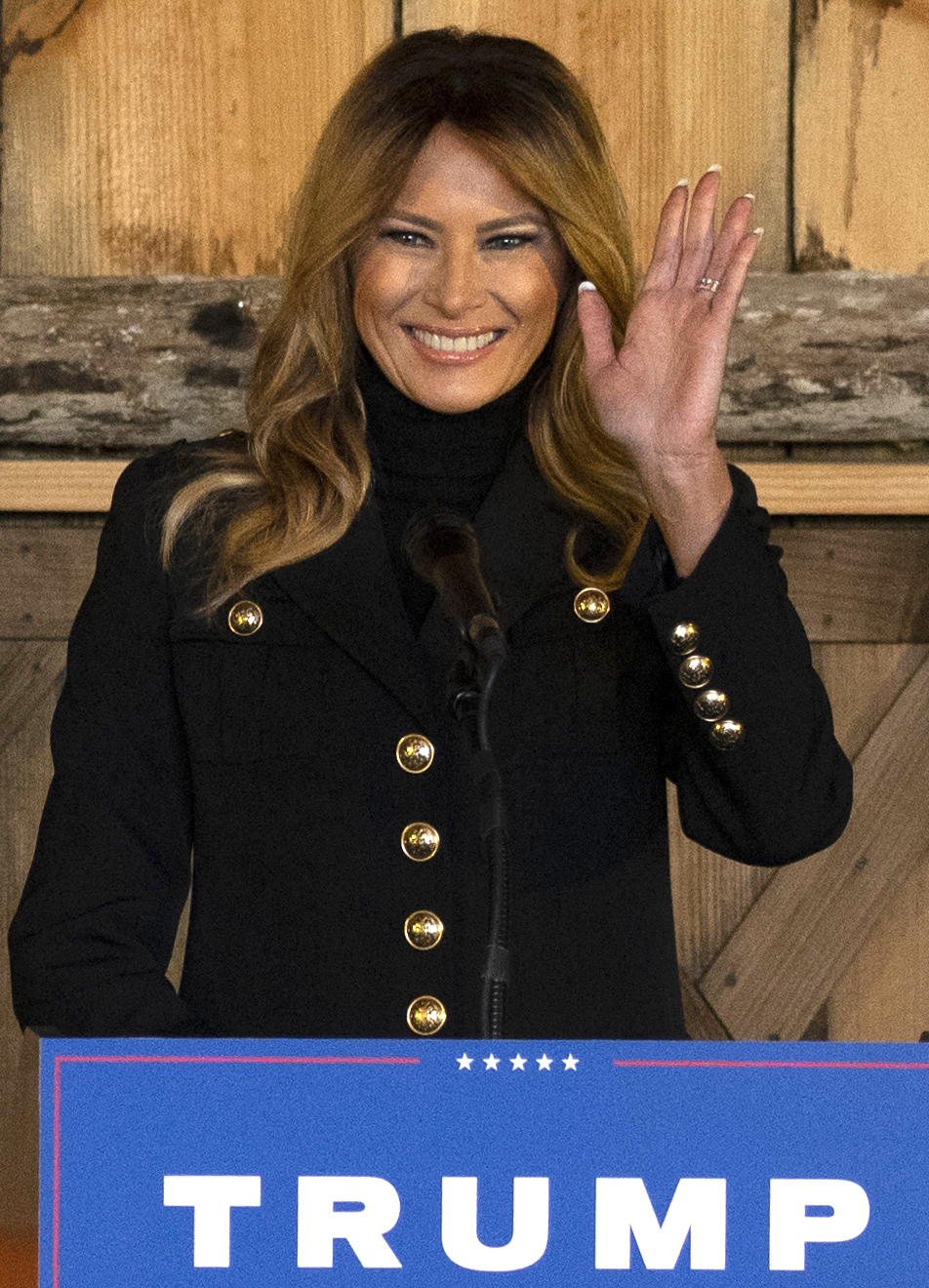 'Apparently when you hide in a basement, you feel safe communicating your wishful thinking,' Melania laughed to supportersCredit: AFP or licensors 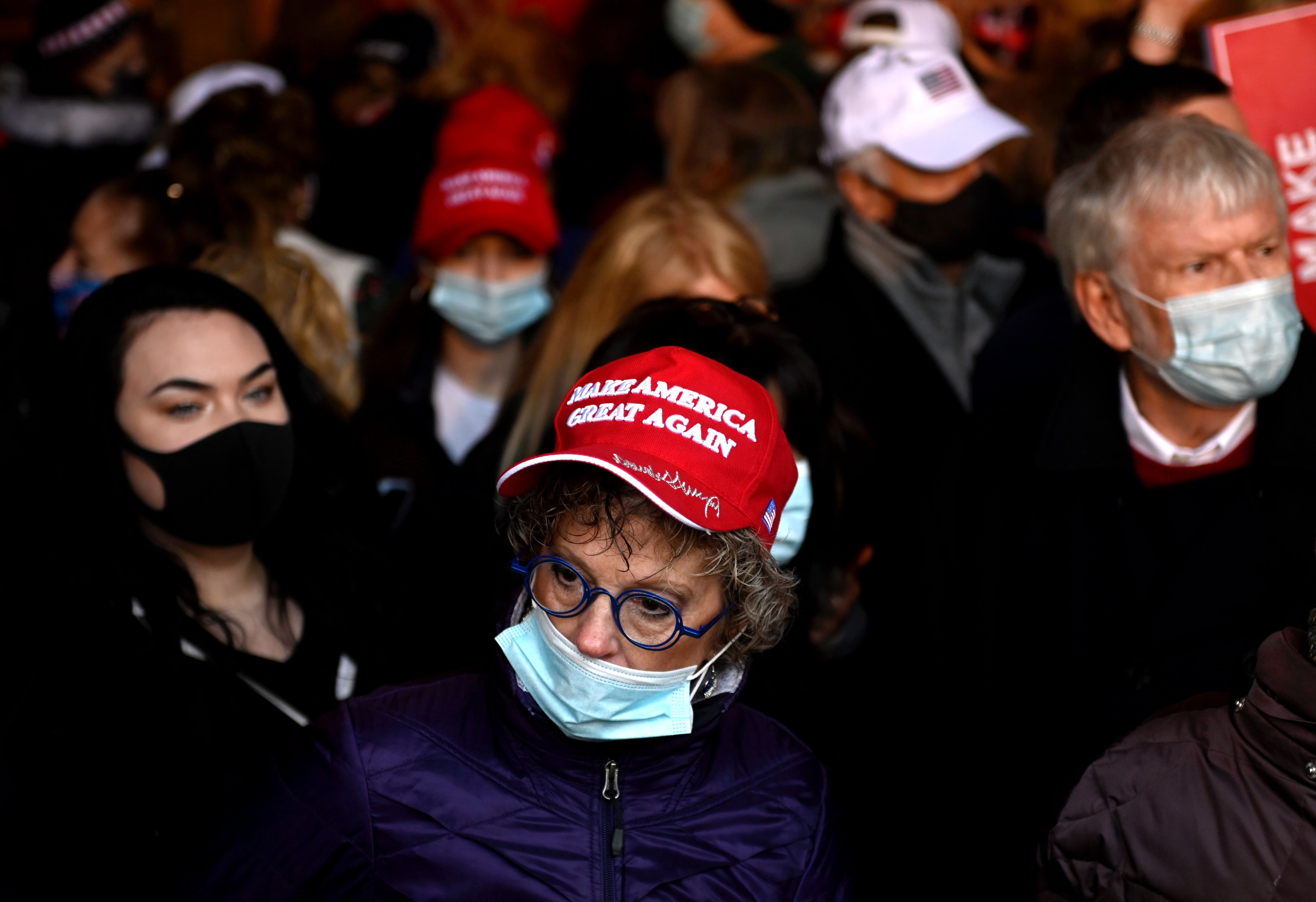 Trump supporters are pictured waiting to see Melania in WisconsinCredit: AFP or licensors

But Biden humorously shot back with a basement quip of his own on Saturday.

“Who let all these people into my basement?” he tweeted, alongside a photo of him talking to supporters at a drive-in rally in Georgia.

Earlier this year, Biden didn’t campaign in person as much as Trump did because of the pandemic.

He largely did media interviews and hosts virtual events from his home in Delaware.

As of Friday, more than 86.8million people had already voted in the presidential election. 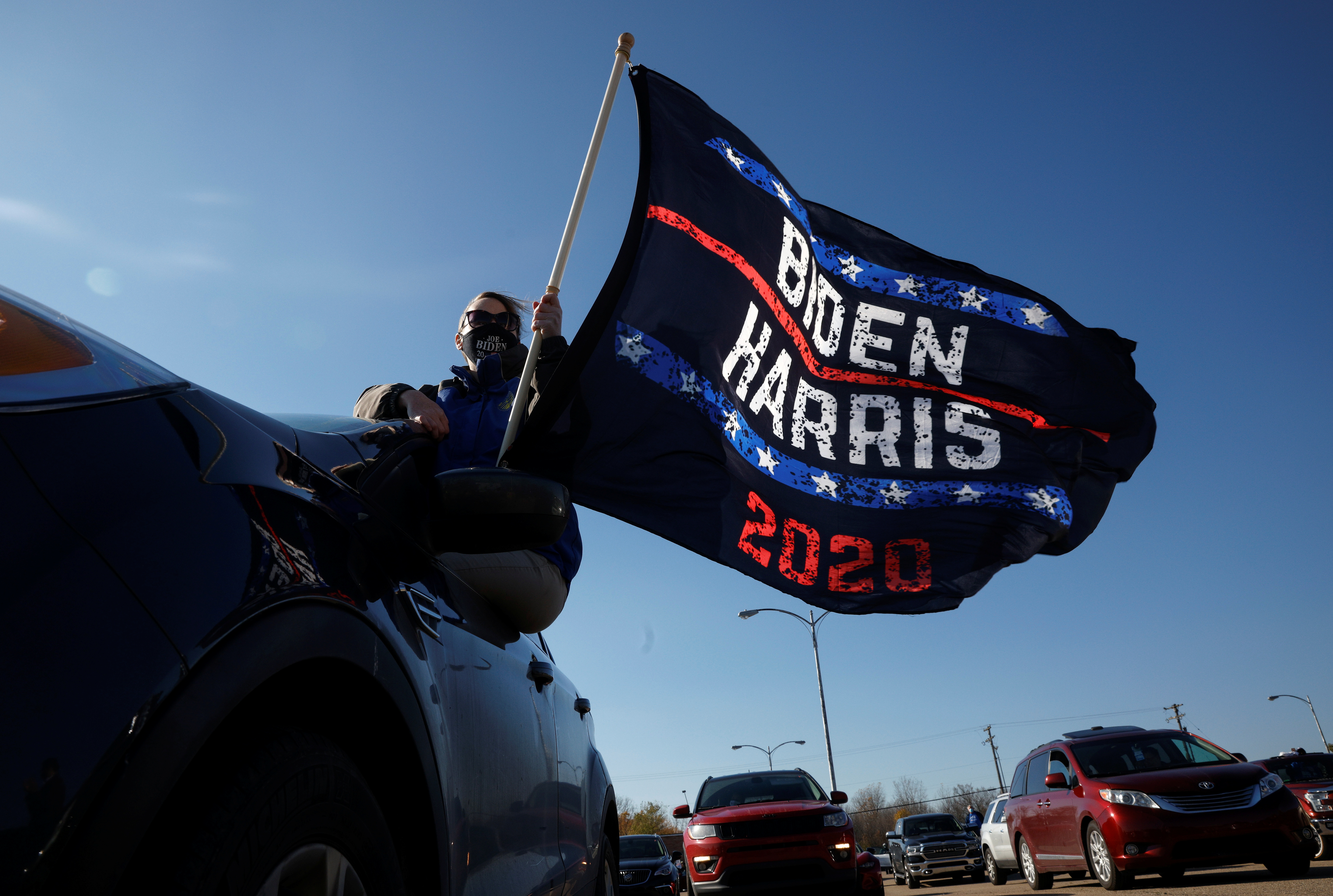 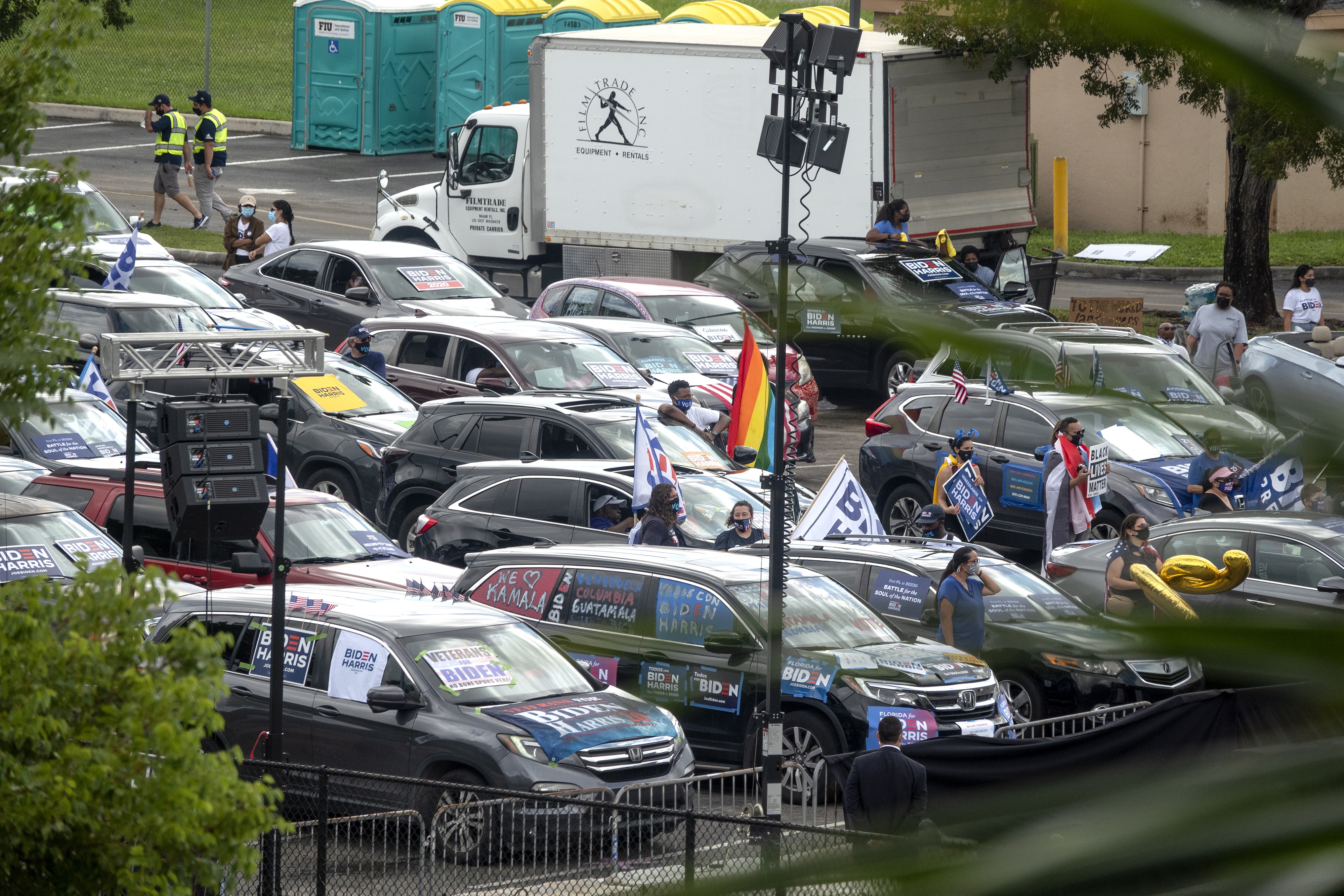 Biden supporters are seen here at a drive-in rally in Florida on SaturdayCredit: EPA

That number is 63 percent of the total who cast ballots in the 2016 race.

Democrats have a big lead in the early vote over the GOP – 47 percent to 33 percent – according to an Associated Press analysis.

That doesn’t mean Democrats are going to win, but it does increase the pressure on Republicans to have a similar advantage, or higher, on Election Day this Tuesday.