A MICHIGAN Commissioner who whipped out a rifle on a Zoom call following a question about Proud Boys, prpomting a petition for his resignation according to reports. 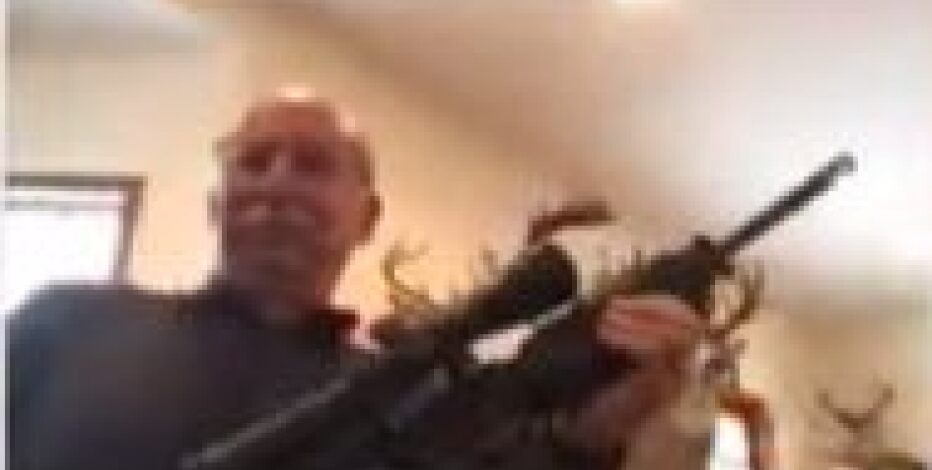 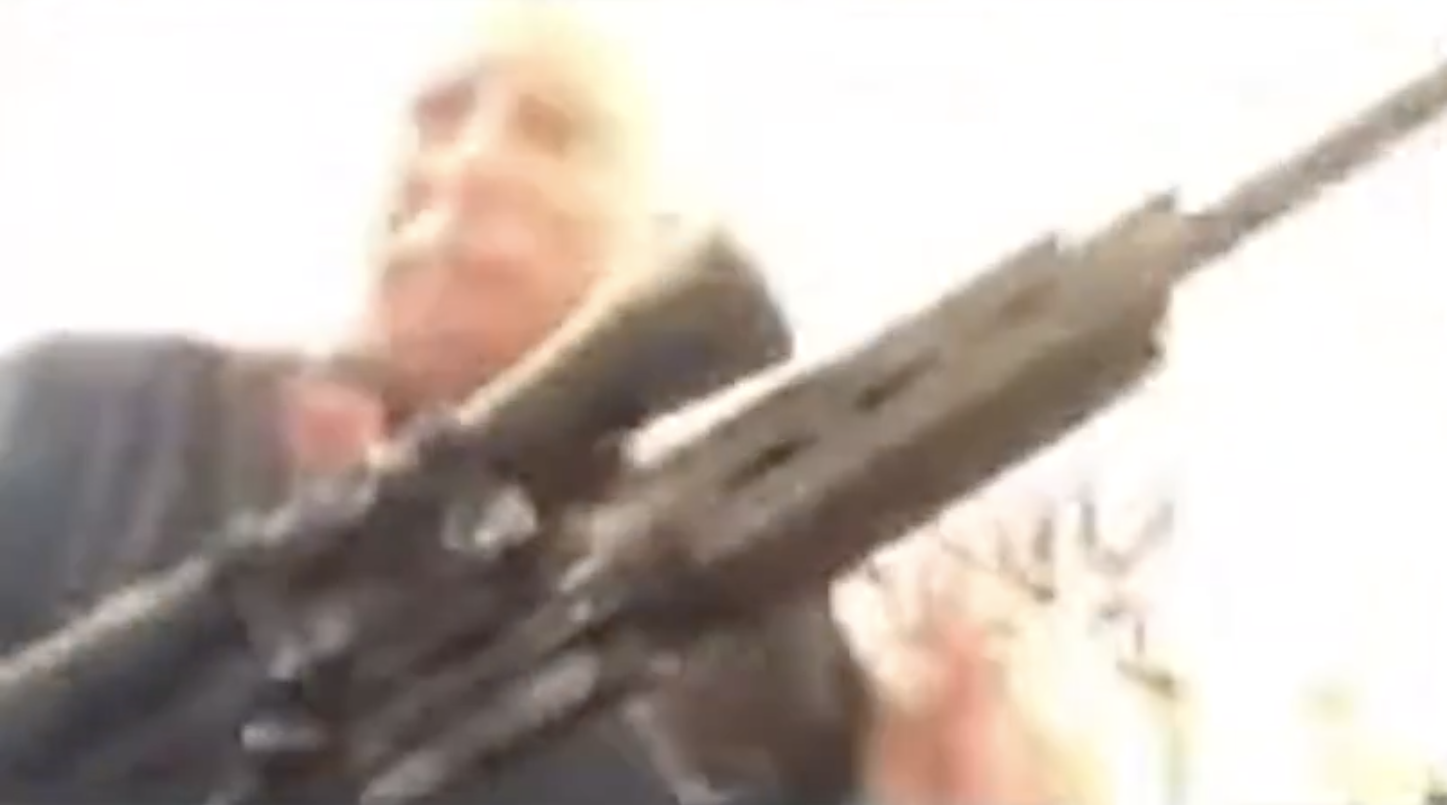 Clous stepped away momentarily, only to return with the weaponCredit: YouTube

MacIntosh had made reference to the Proud Boys allegedly speaking about gun rights at a meeting back in March 2020, according to the Record Eagle.

MacIntosh allegedly urged commission Chairman Rob Hentschel to denounce the extremist group during a public comment meeting, prompting Clous to step away, and return with the weapon.

Hentschel, said he had no problem with what Clous did and burst out laughing seeing the actions of his colleague.

However, MacIntosh had expressed concern about the potential increase of gun violence following the US Capitol Breach, and was frightened by Clous’ actions.

“This guy is in the middle of a government meeting brandishing a weapon,” MacIntosh told the Record Eagle.

“Why would I not think they were trying to harm me?” she continued.

Other residents within the Grand Traverse County Board of commissioners are now circulating a petition demanding Clous resign — calling the move menacing, and said it threatened freedom of speech.

Clous is a newly re-elected member of the Grand Traverse County Board of Commissioners.

The newly elected official later defended his actions, and said he would not denounce the Proud Boys, despite the fact they have been deemed an extremist group by the FBI.

Calls for the Republican to resign have been made by resident Keli MacIntoshCredit: Grand Traverse County

“The only thing I know about  [the Proud Boys] is when they came and spoke to us … they were probably the most respected folks that got up and talked. They were decent guys and they treated us with respect,” he said.

The neo-fascist group is known for engaging in violent clashes at political rallies and some of its members took part in the storming of the US Capitol on January 6 that left a police officer and four others dead.

74-year-old MacIntosh, told The Associated Press on Thursday that she planned to file a report with the Michigan State Police. 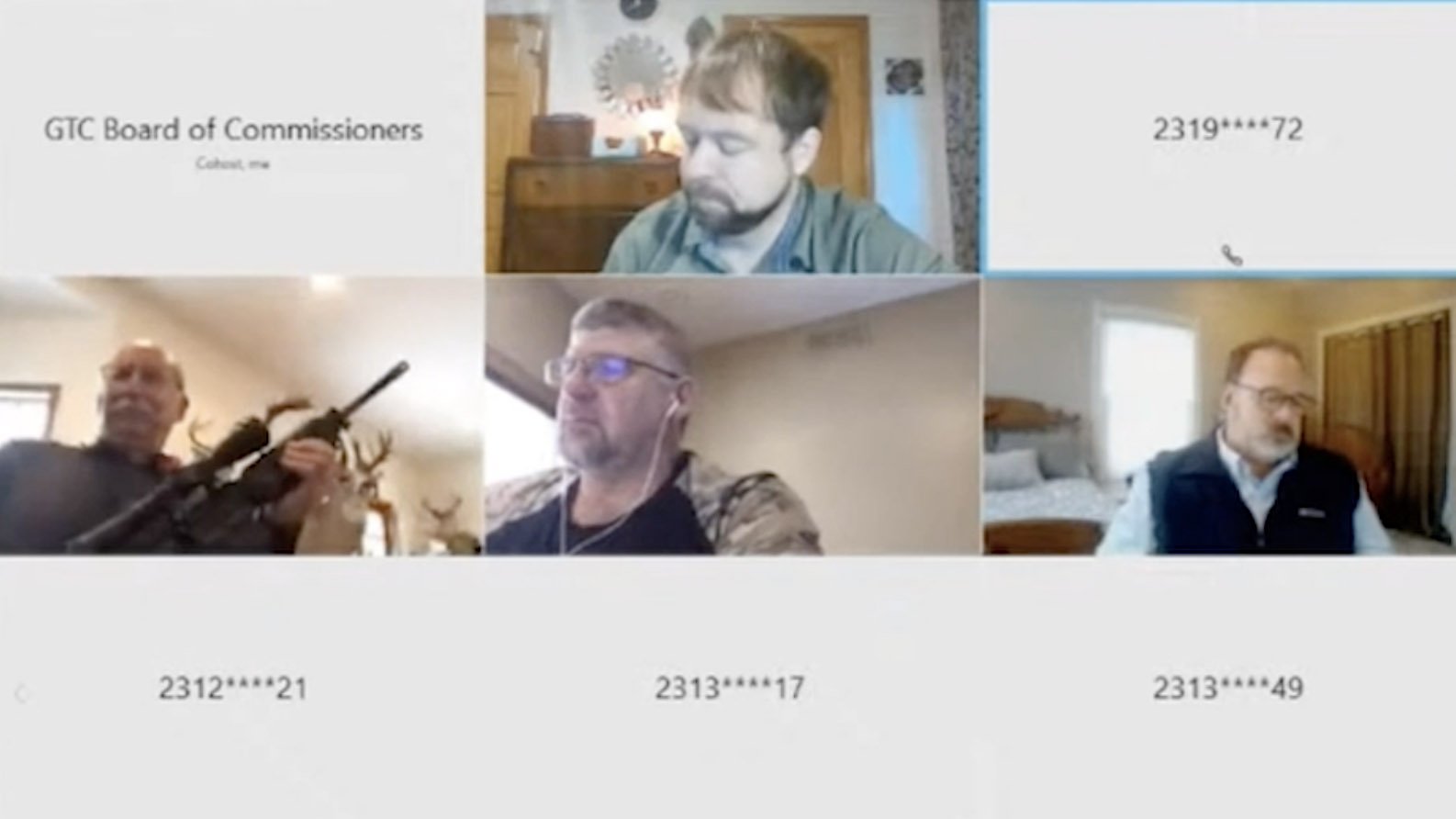 Commission Chairman Rob Hentschel laughed after seeing Clous with the gun, and later said he had no problem with his actions Credit: YouTube
Read Entire Article