MILLIONS of Americans are still planning to travel for the Thanksgiving holiday – despite warnings from the CDC and government officials to stay home as coronavirus cases continue to surge. 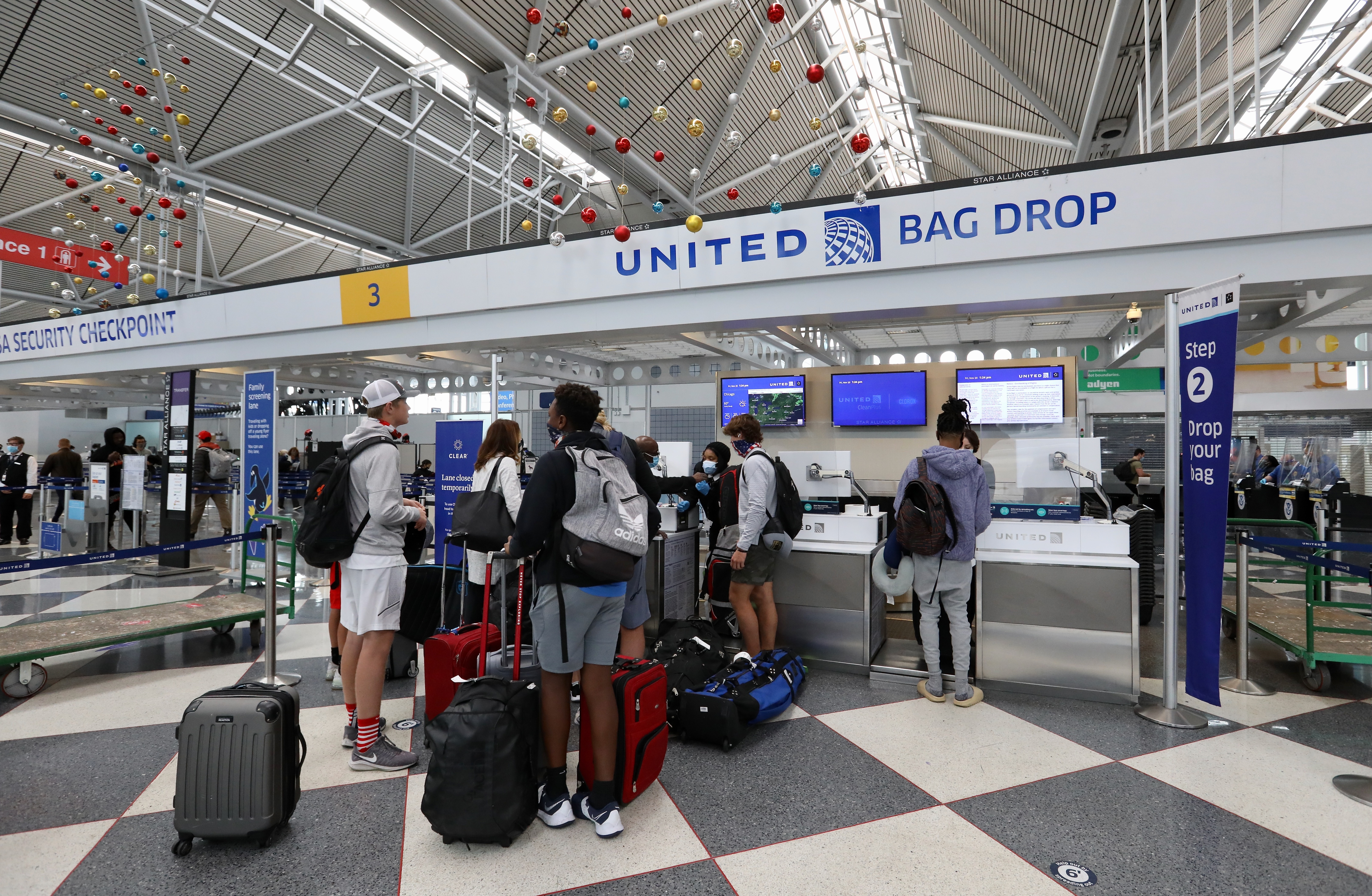 It's estimated that roughly 50million people will still travel for Thanksgiving amid a spike in coronavirus casesCredit: AP:Associated Press 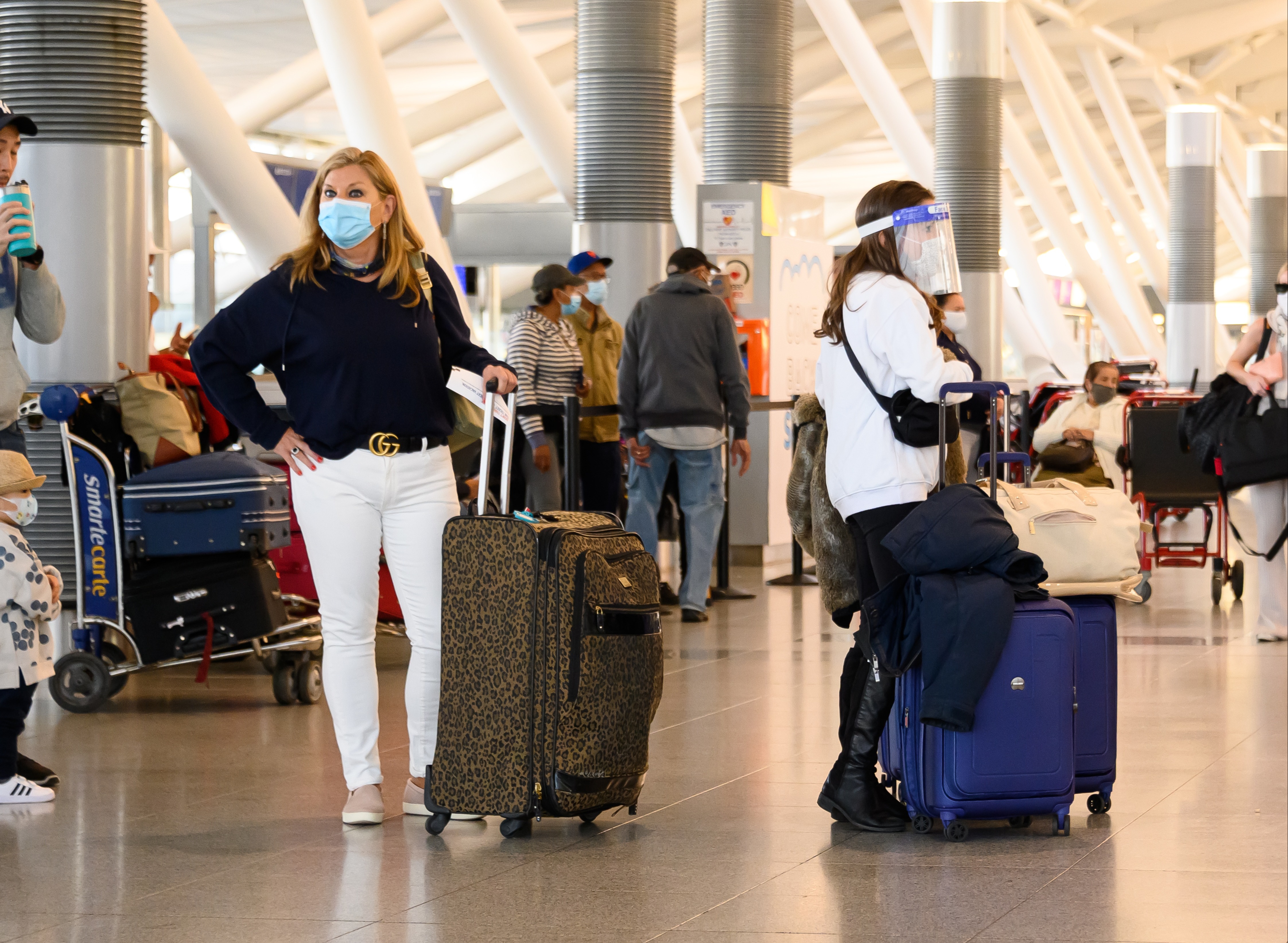 According to travel agency AAA, although less people are expected to be leaving home for the holiday compared to last year, it was estimated that up to 50.6million people will still travel for Thanksgiving.

That number will likely be lower amid a crackdown on coronavirus restrictions and urges from the CDC to avoid travel, AAA said – but millions are still expected to be on the go.

Pictures and videos in the days leading up to the holiday show packed airports across the nation, as people crowded together waiting for flights.

One video from Sky Harbor airport in Phoenix, Arizona showed groups with hardly any social distancing as they waited to board planes. 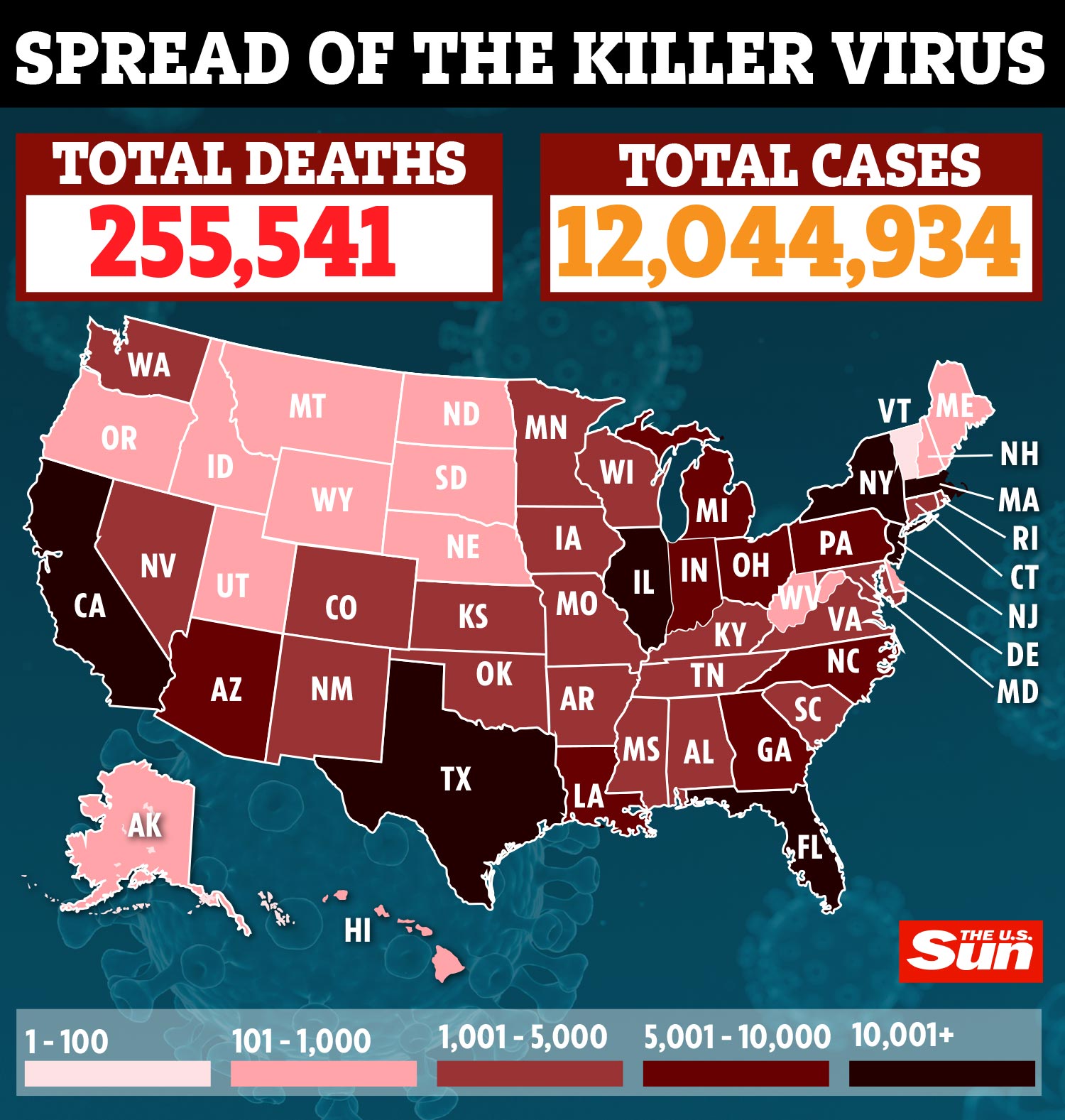 Photos from Chicago, Illinois' O'Hare International Airport showed lines as people traveled with less than a week until the holiday.

"It doesn't trouble me at all," Curt Vurpillat, who was making a quick trip to Chicago told AZ Family after learning of the CDC warning. 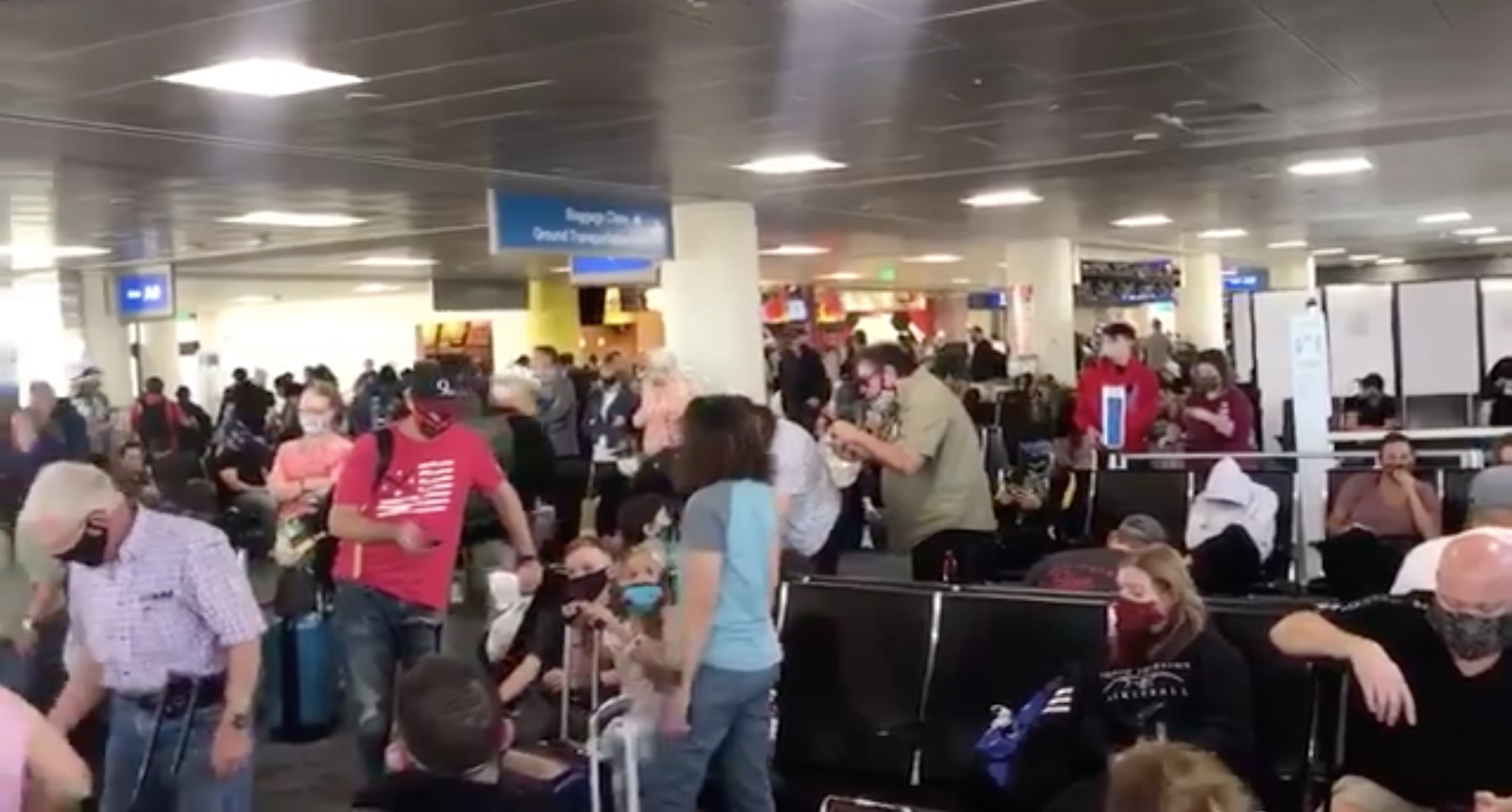 People are seen crowded together as they prepare to board flights at Sky Harbor airport in Phoenix, ArizonaCredit: KTVK 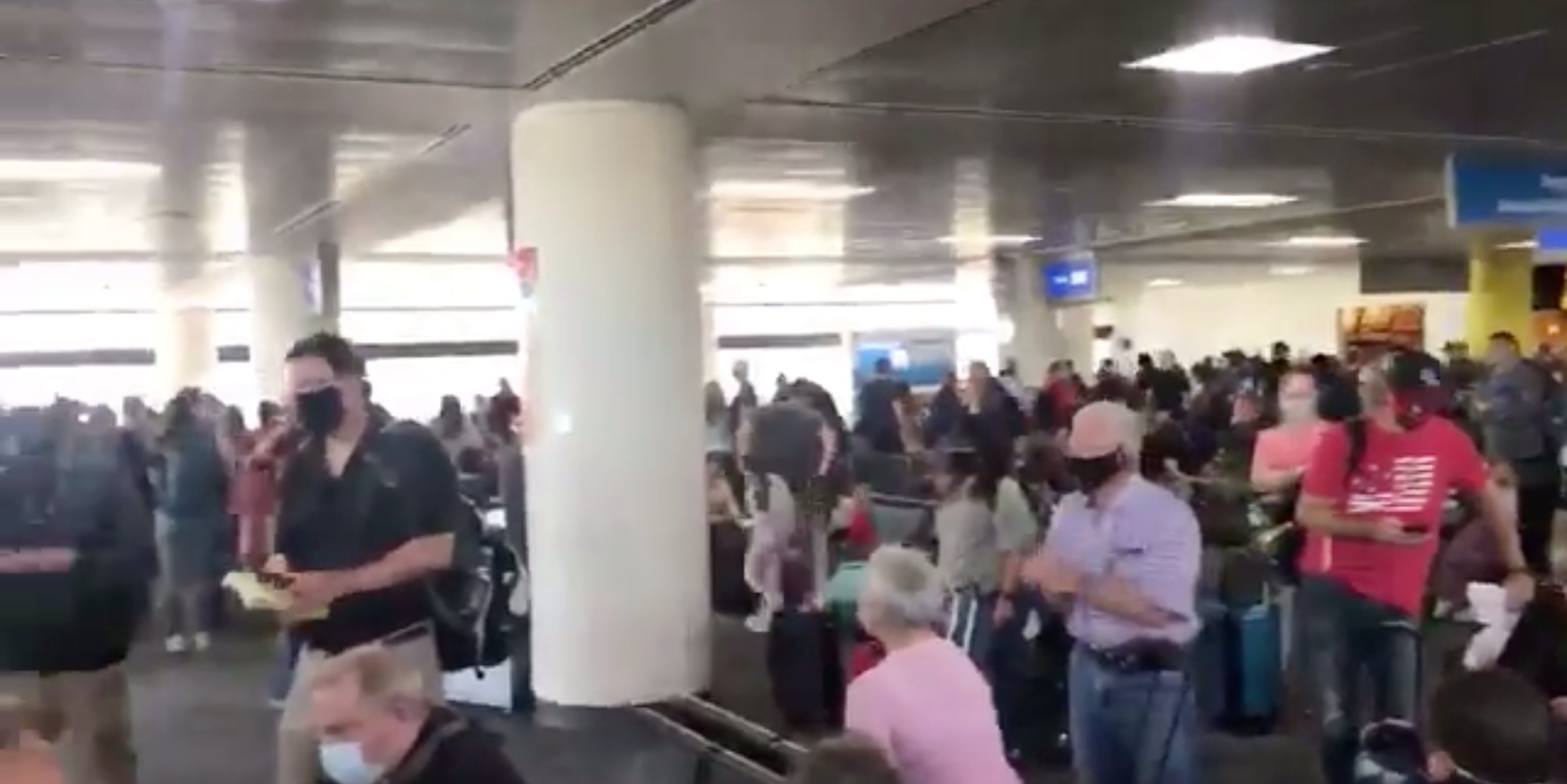 People were seen with barely any social distancing as they geared up to get on the planesCredit: KTVK

People stood close together as they prepared to travel ahead of the Thanksgiving holidayCredit: KTVK 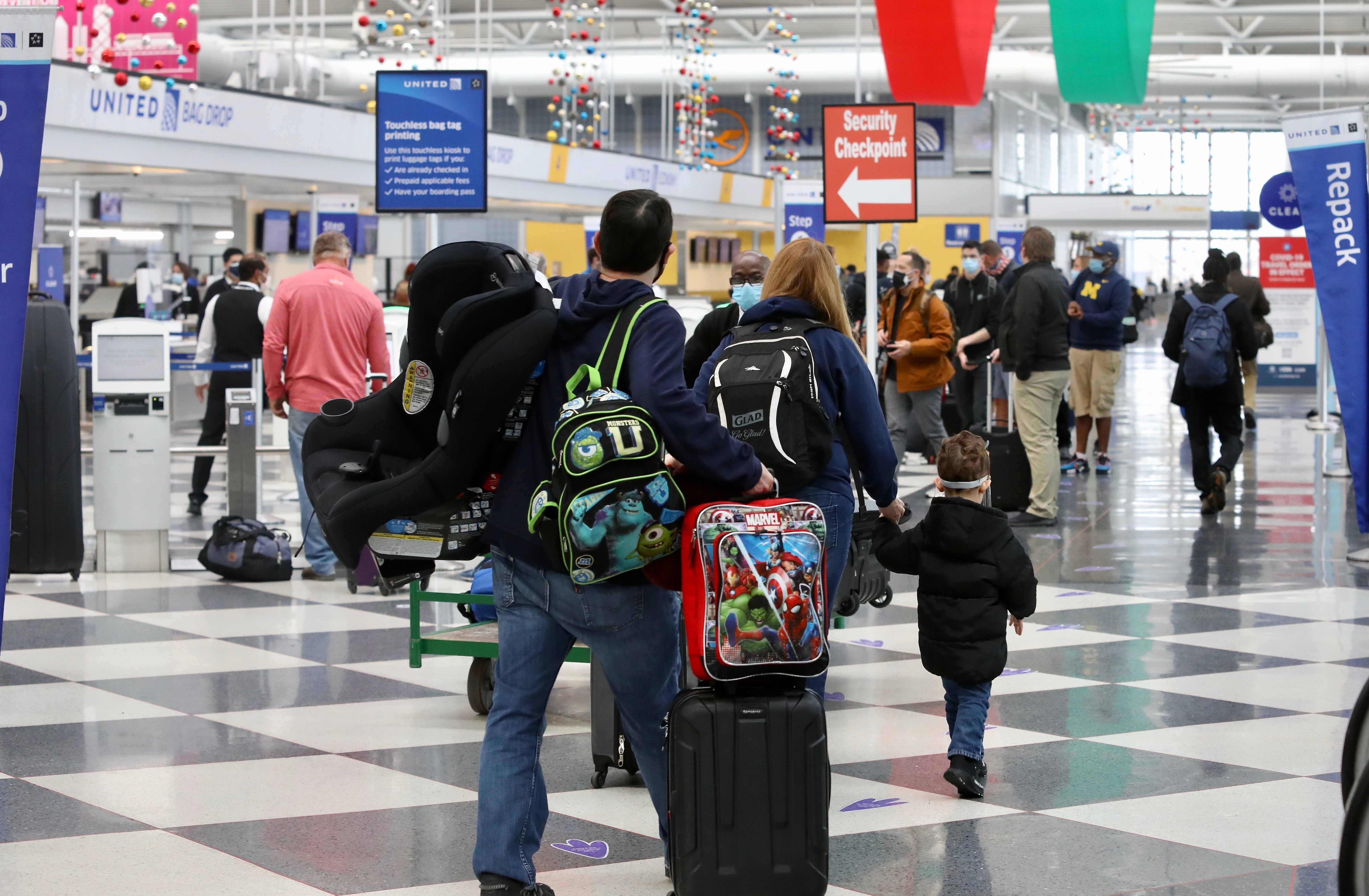 People are seen lined up at O'Hare in Chicago on Friday as they prepare to pass through securityCredit: AP:Associated Press 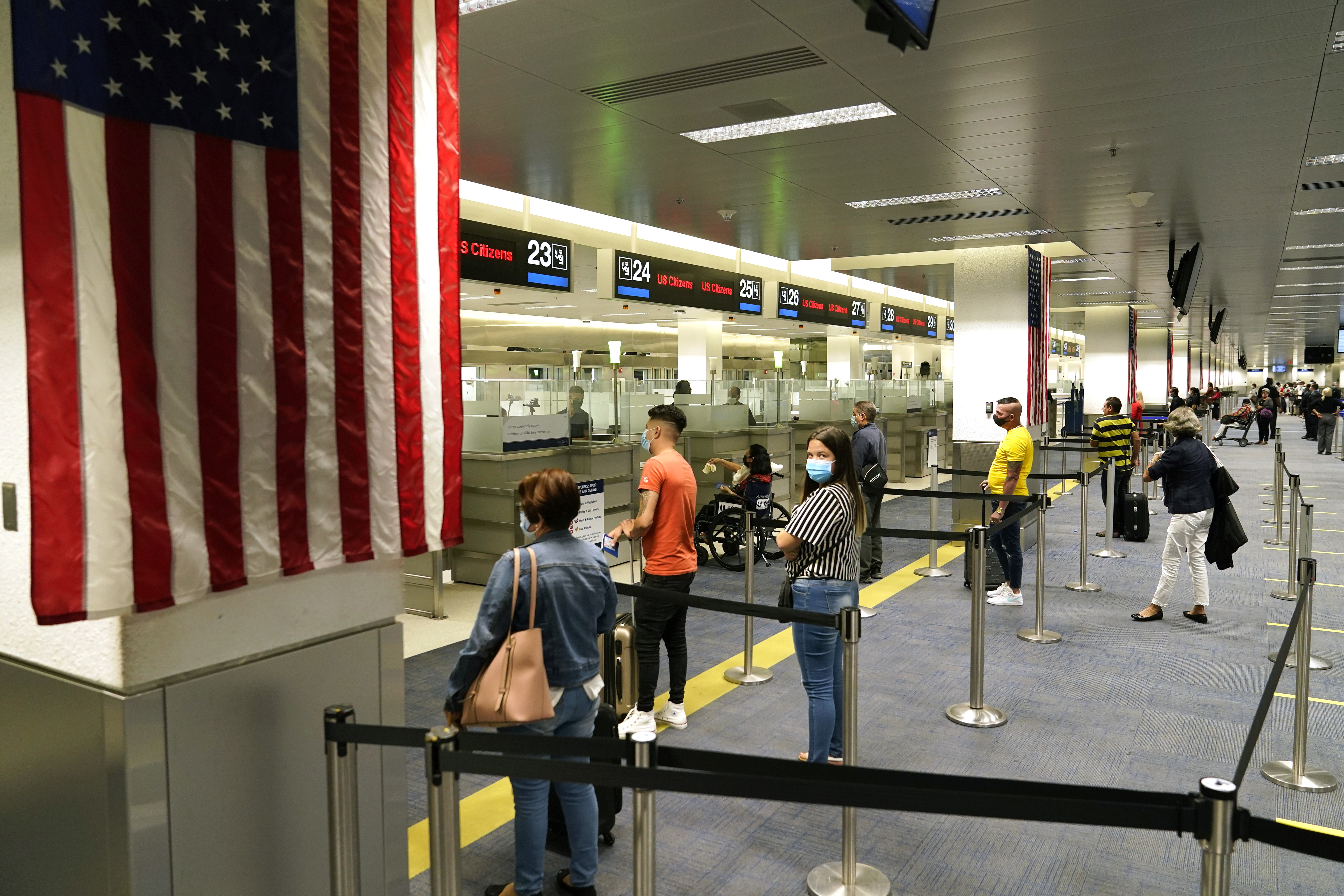 Passengers are seen waiting in lines at O'Hare just days ahead of ThanksgivingCredit: AP:Associated Press

"Not that I don't think it's real, but I have a life to live and things to do, so we take necessary precautions."

On Friday, the US recorded its largest ever single-day increase – with more than 195,000 new cases reported, according to a tally from Johns Hopkins University.

Despite increasing cases, millions will still travel for the holiday.

Amid an alarming rise in numbers over recent weeks, the CDC and other government officials urged all Americans to stay home for the holiday.

"As cases continue to increase rapidly across the United States, the safest way to celebrate Thanksgiving is to celebrate at home with the people you live with," the CDC said in a statement.

The agency added: "Travel may increase your chance of getting and spreading COVID-19. Postponing travel and staying home is the best way to protect yourself and others this year."

New York Gov Andrew Cuomo on Thursday warned people to stay home and avoid contact with anyone outside their household. 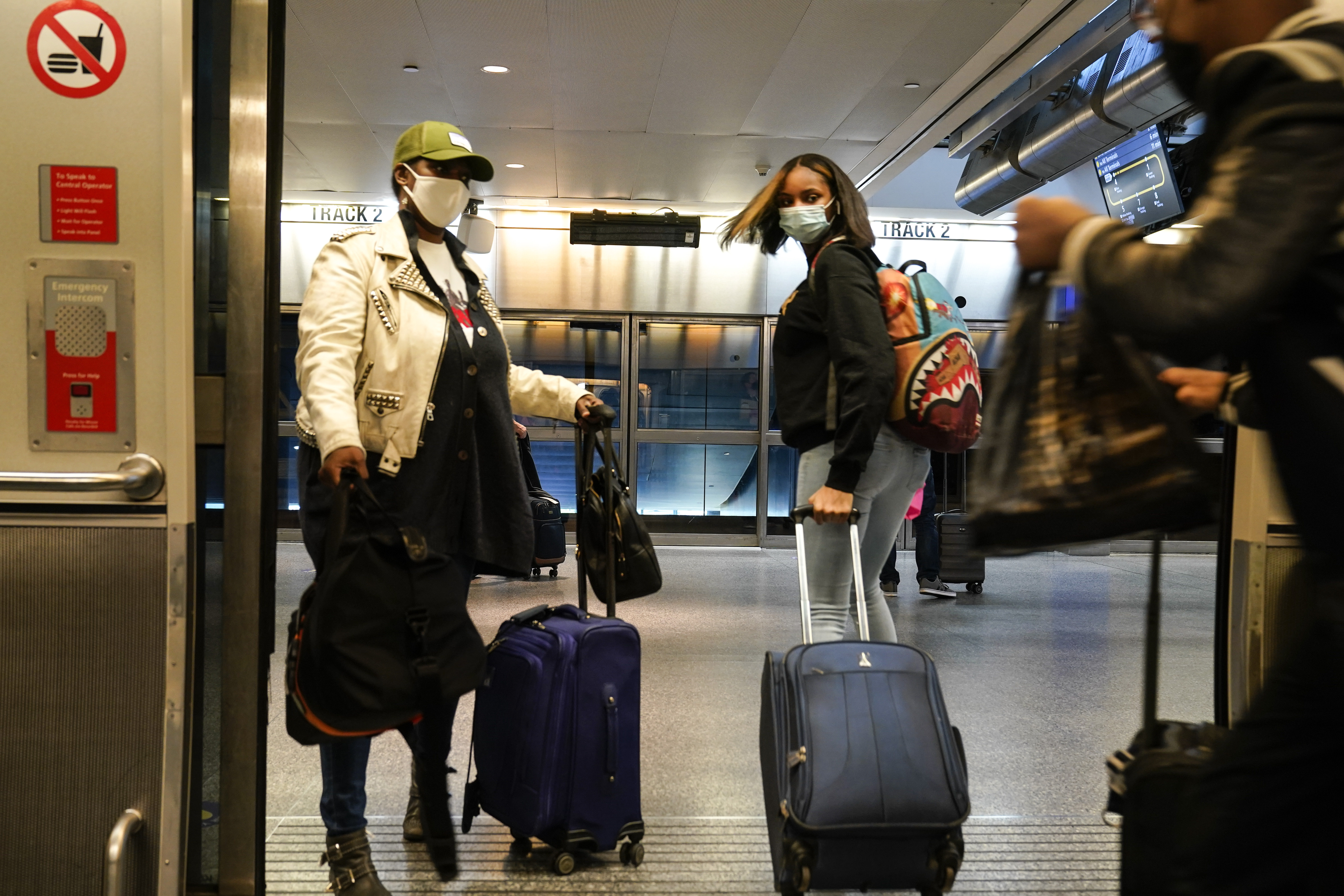 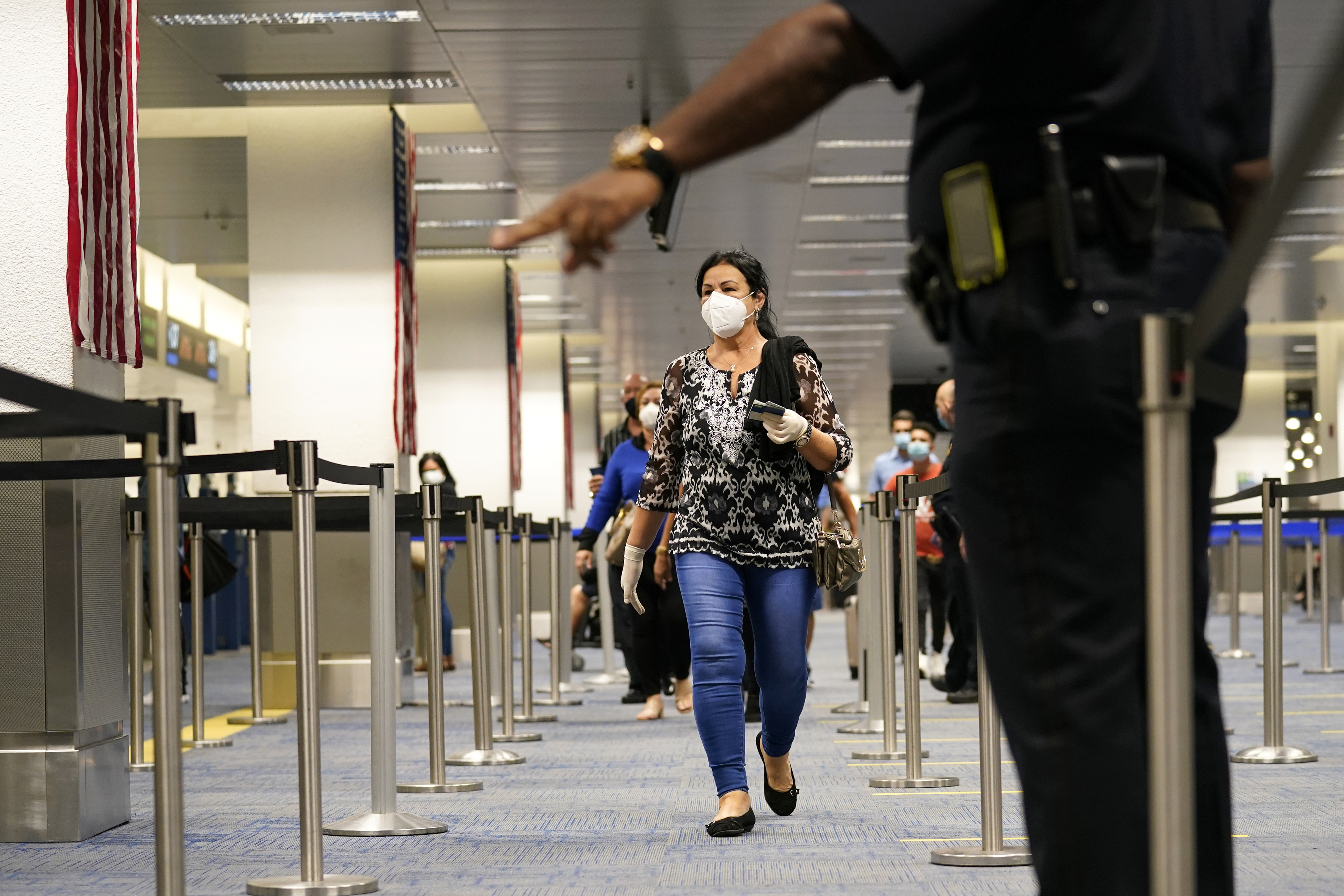 A passenger is seen at Chicago's O'Hare International Airport on FridayCredit: AP:Associated Press

"Please- love is sometimes doing what's hard. This year, if you love someone, it is smarter and better to stay away."

He then warned of an imminent spike if people travel.

"As hard as that is to say, and hear, because if I had to predict, you're going to see a significant spike post-Thanksgiving," he said.

"It is then going to run into the Christmas holidays, and you're going to see these numbers go very high."

In a Thursday White House coronavirus task force meeting, Dr Deborah Birx warned that asymptomatic patients who don't know they have the virus are often a point of spread among family and friends. 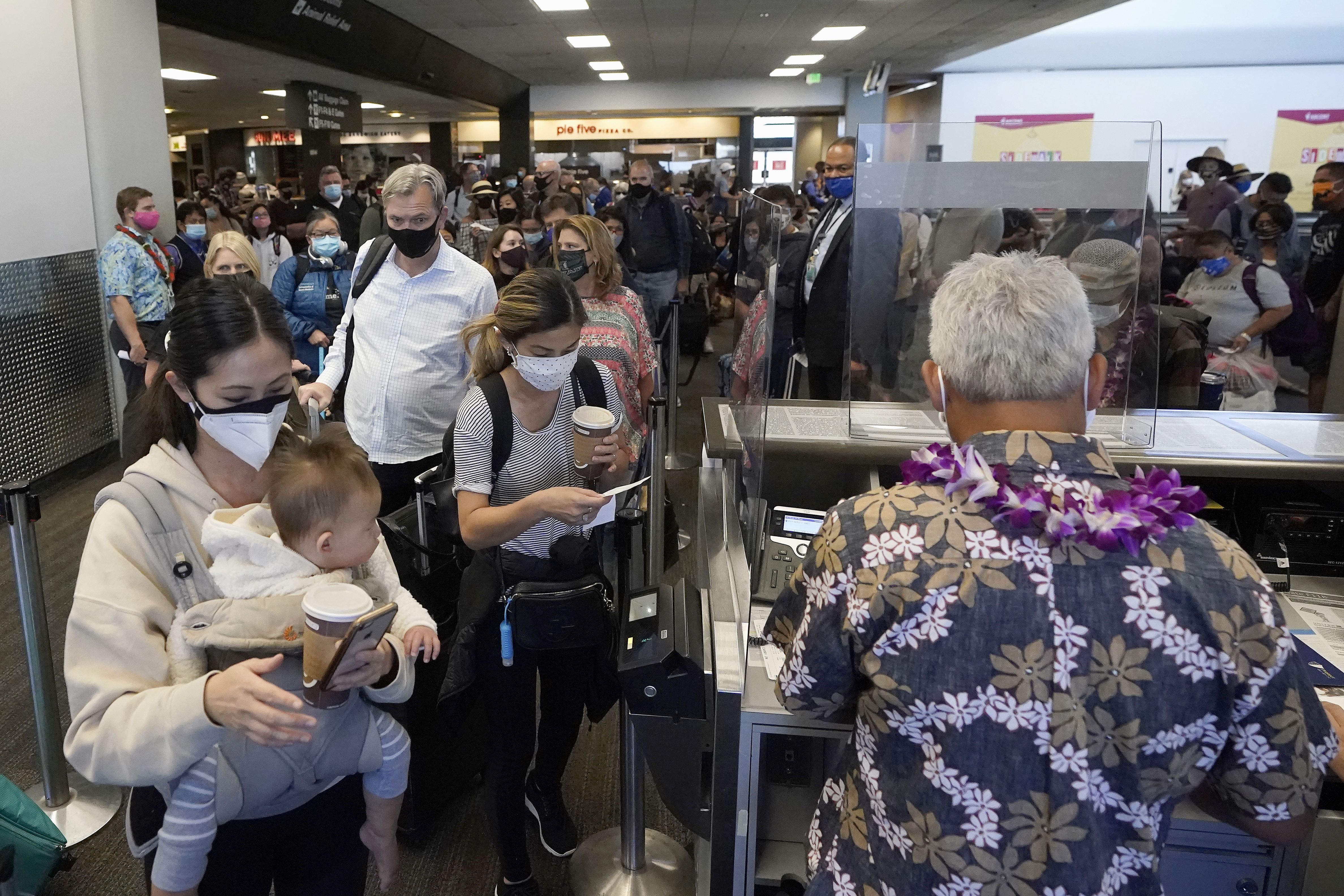 United Airlines passengers are seen getting ready to board a flight to Hawaii from San Francisco on October 15, 2020Credit: AP:Associated Press 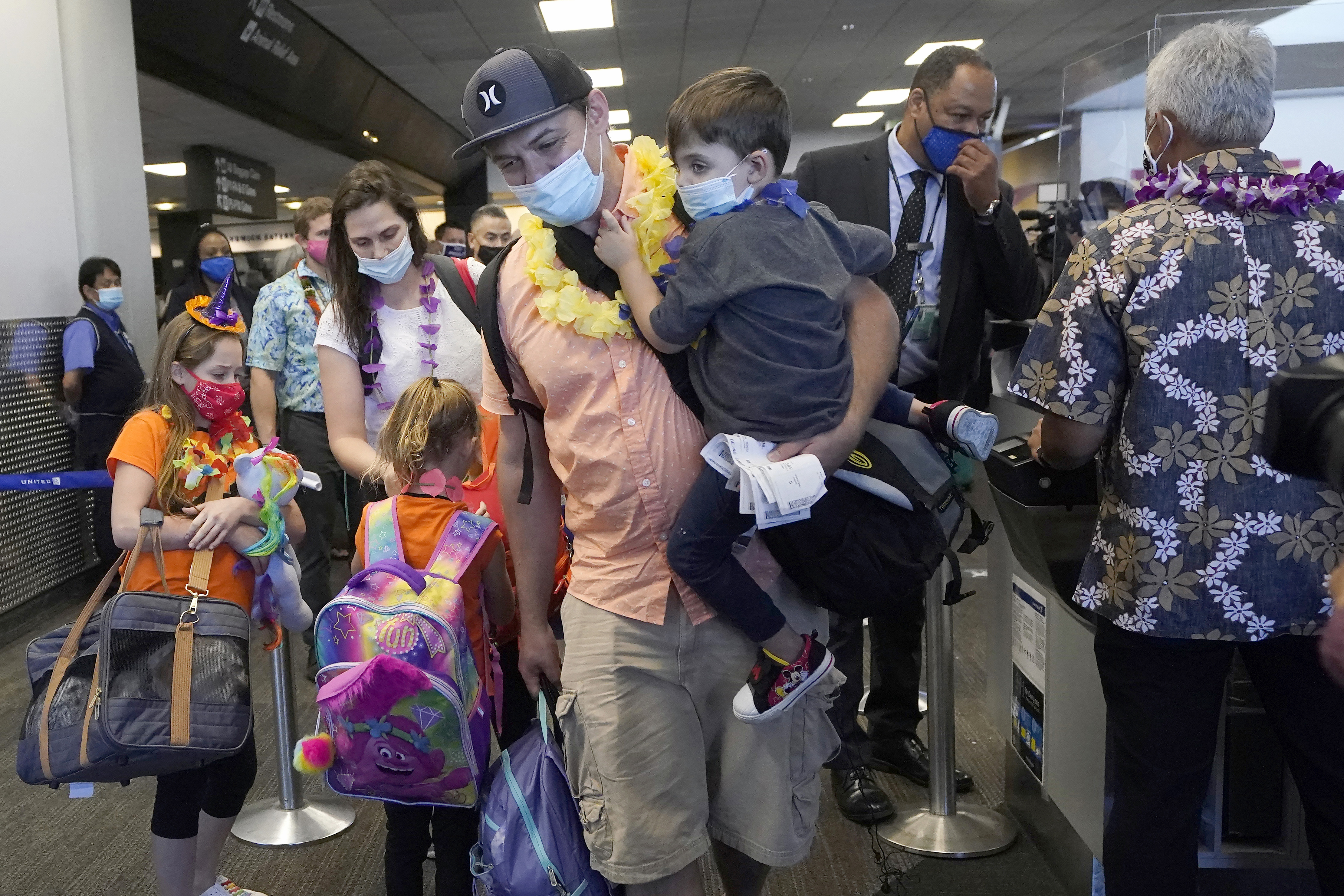 As coronavirus cases spike across the nation, many Americans have continued to travelCredit: AP:Associated Press 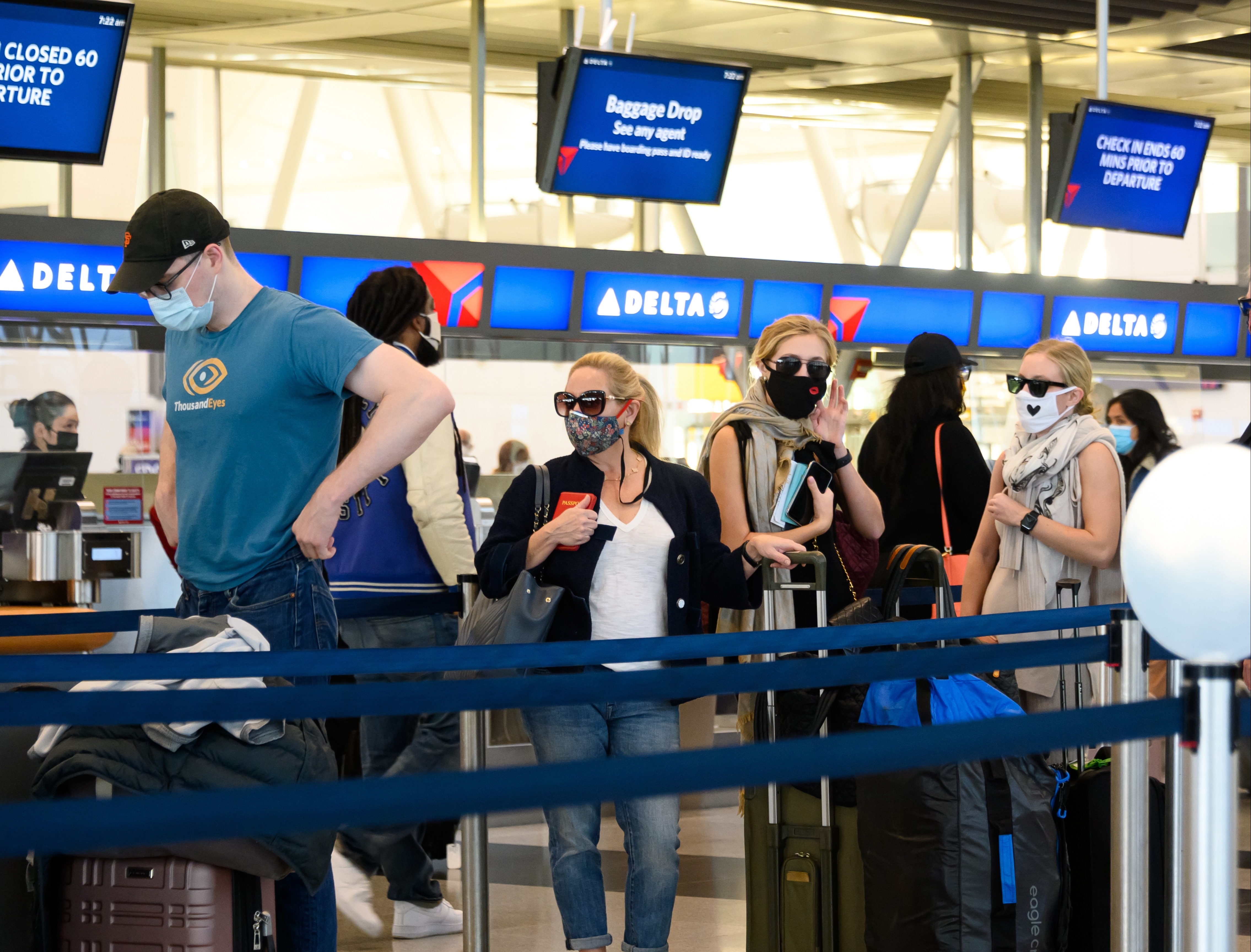 "But sometimes when we go indoors and we’re with friends and family, we just assume that if you look okay, you are okay.

"And now we know that over 50 percent of the individuals, particularly among those under 35, many could be infected and unknowingly spreading the virus," she added.

"If we do that, we'll be able to hold things off until the vaccine comes," Fauci said.

Although experts have said that the highest priority groups will get the shot by the end of December, it will still be months until the jab is available on a widespread basis.

If people still plan to travel over the holiday, the CDC urges actions that are crucial to limiting Covid spread.

In addition to wearing a mask and social distancing whenever a person is with others they do not live with, the CDC advises frequent handwashing, cleansing surfaces and items between use, and avoiding sharing items like food, drinks, cups, and utensils.

Outdoor gatherings are also a safer option to indoor meetings, the CDC states.

However, the CDC advises: "Celebrating virtually or with the people you live with is the safest choice this Thanksgiving."