MILLIONS of Brits are still at risk of catching coronavirus - even if they've already had it, a major study has warned.

The map above shows the prevalence of infections in England from 12 weeks after the peak of the pandemic - to 24 weeks after Credit: Imperial College London 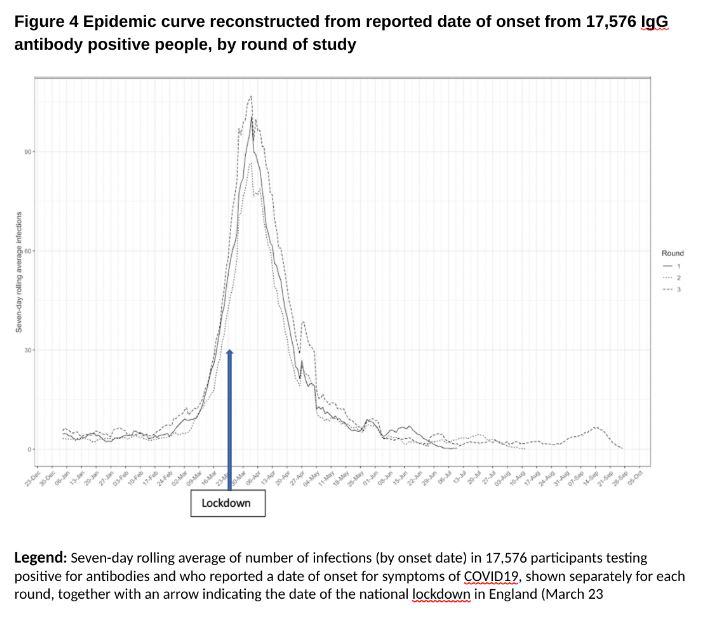 The graph above shows the number of infections from March 23 to October Credit: Imperial College London

The study suggests that immunity to coronavirus may only last a few months, putting millions at risk of catching it again in any second wave.

The REACT study, one of the biggest to track the spread of Covid-19, found people who had positive swab tests and displayed common symptoms - a cough, fever and loss of taste and/or smell - had the strongest antibodies.

Meanwhile, they were lower in the elderly and those who had asymptomatic infection.

Hope reinfections will be 'milder'

Professor Graham Cooke, from Imperial College London, said it’s important to note that a large swathe of the population are “still vulnerable” to infection.

But he said scientists hope, if Sars-Cov-2 behaves like other coronaviruses, reinfections should be “milder”.

“The big picture here is that after the first wave, the majority of people were still susceptible,” Prof Cooke added. “The need for a vaccine is still very large.” 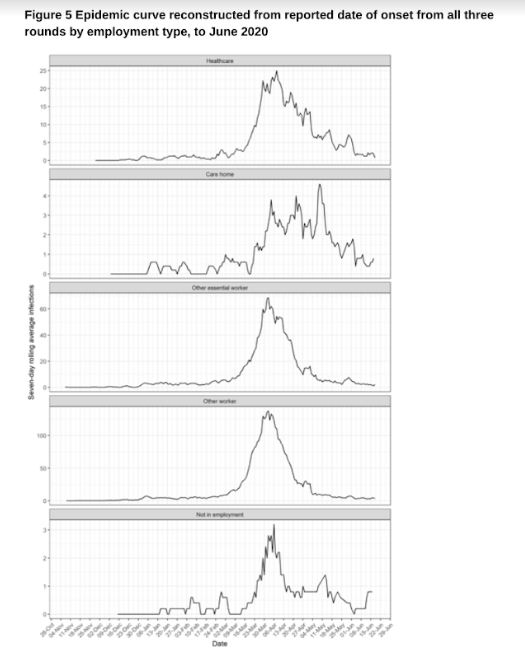 The graphs above show that health care workers were still being infected during the summer months whilst infections levelled off in other professionsCredit: Imperial College London 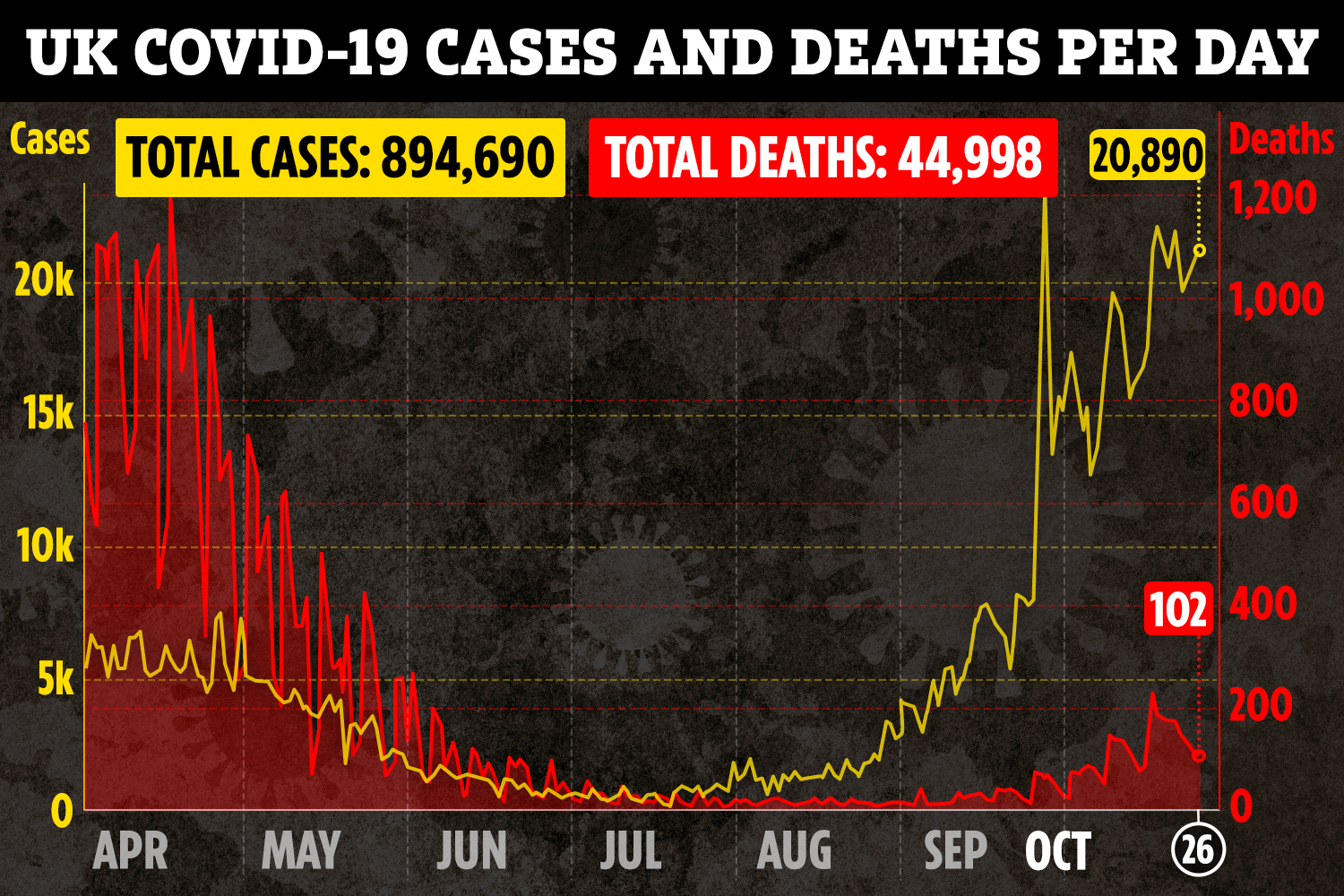 Professor Paul Elliot, director of the study at Imperial College London, said the findings come as a recent rise in infections is starting to translate into a rise in deaths.

Speaking at a press conference, Prof Elliot said: “There is evidence of rising levels of infection so there’s continued transmission and this is now translating into hospital admissions and sadly, into deaths.”

The presence of antibodies itself doesn't necessarily mean you'll be protected

They found antibody positivity dropped 26.3 per cent in the three months from June to early September, leaving an estimated 2.5 million (4.4 per cent) with a level of protection at the start of the second spike.

The findings showed between June 20 and July 13, at least 3.36 million adults in England had tested positive for the virus and had displayed antibodies.

Infections were highest in the 18 to 24 age group, and lowest in those aged 75 and older, suggesting shielding protected the vulnerable.

Professor Helen Ward, professor of public health at Imperial, said there was a higher prevalence in London, and among BAME communities and healthcare workers.

Antibodies not the only answer

Experts said while antibodies play an important role in immunity, there may be other things at play. 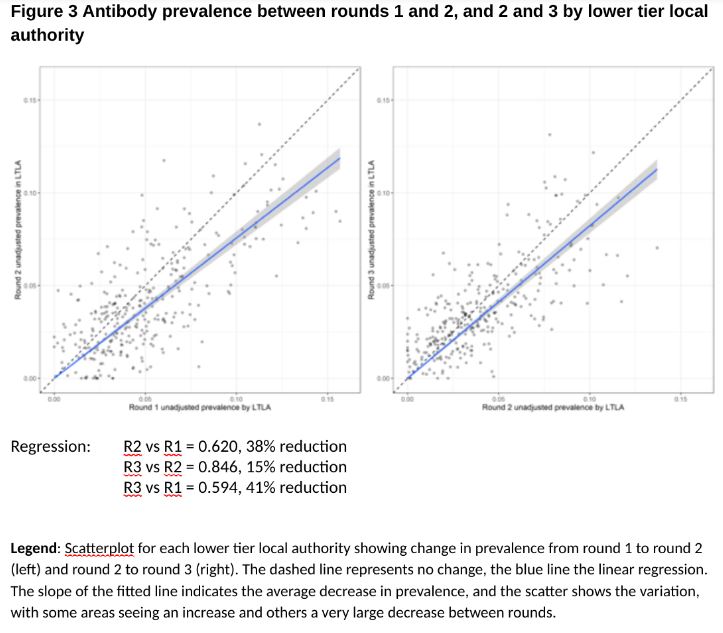 The graphs above show the change in prevalence in infection over three rounds Credit: Imperial College London

Prof Jonathan Ball from the University of Nottingham, said: “Other arms of the immune system, for example cellular immunity, might also be key. It is essential we gain a better understanding of what protective immunity looks like.”

“What is not clear is how quickly antibody levels would rise again if a person encounters Sars-Cov-2 a second time,” he pointed out.

“It is possible they will still rapidly respond, and either have a milder illness, or remain protect through immune memory. So even if the rapid antibody test is no longer positive, the person may still be protected from reinfection.”

Prof Cooke added that the presence of antibodies does not act like a impenetrable shield.

“Hands, face and space, those rules are certainly still required and still need to be adhered to as best as possible,” he said. 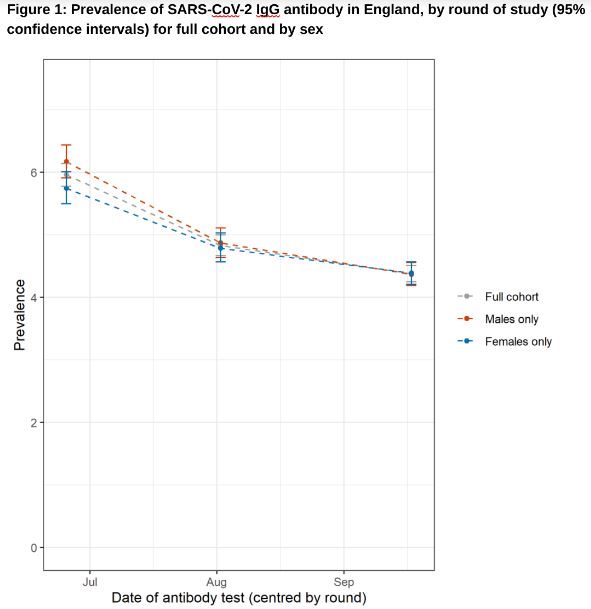 The graph above shows the prevalence of antibodies in England Credit: Imperial College London