DOGS have been by our side for 10,000 years – ­protecting us, hunting with us, herding for us and ­chasing billions of heavily chewed tennis balls.

But they have never mattered more to us than they have over the past ten months. 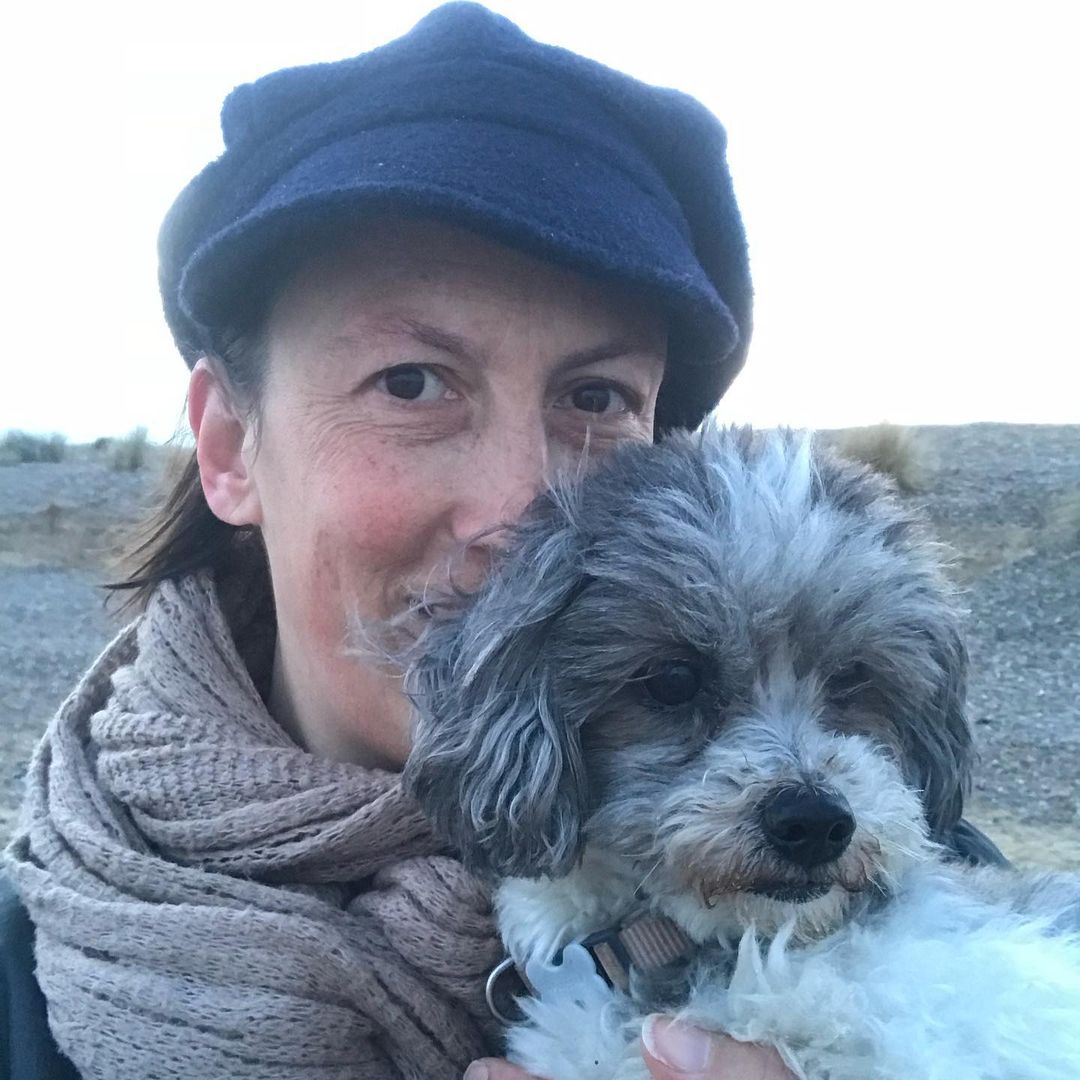 Losing your dog is a real bereavement, as Miranda knowsCredit: realmirandahart/Instagram

How could Britain have made it through lockdown without the company of our nine million dogs?

With death, disease and hardship all around, they have felt like our last hold on the old way of ­living.

Separated from our friends and family, our dogs have kept us company.

With the gyms closed, they have forced us to take exercise in all weathers.

And with despair all around, the lust for life you see in every dog has made us stay positive.

They make us laugh, they lift our mood, they give us love unlike any we have ever known.

So when comic Miranda Hart confessed she was so devastated by the death of her dog Peggy that she was taking some time off work, the millions of us who own dogs understood.

Losing your dog is a real bereavement.

The grief is as deep as losing a relative or close friend. 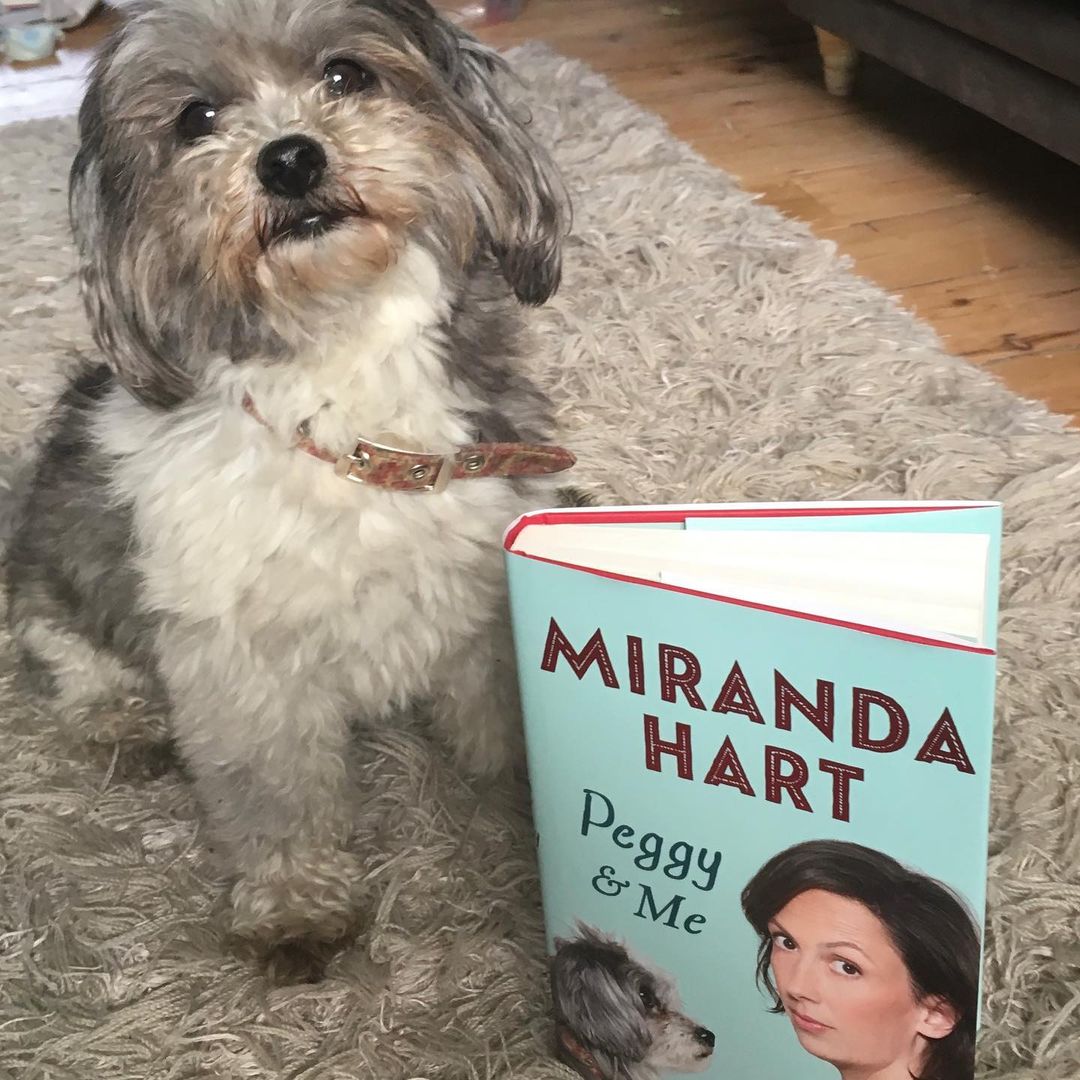 Because a dog is a member of your family, and is your best friend. The anguish we feel at the loss of a beloved dog is in some ways a lot worse than the grief we feel for a human who has lived a long, full life.

Because our dogs live such heartbreakingly brief lives.

Even a long, happy canine life is over much too soon.

Every dog’s life flashes by far too quickly.

When we got Stan, our Cavalier King Charles spaniel, our daughter was in junior school. Now she is at university.

But a dog is as constant and unchanging as their unquestioning, unconditional love.

Stan has worn well. “A fit dog with a thin layer of fat,” says his vet.

But Stan will be ten years old in 2021 — so soon — and I know the day is coming when I will have to hold him in my arms as we say goodbye.

Just the thought of this chokes me up. 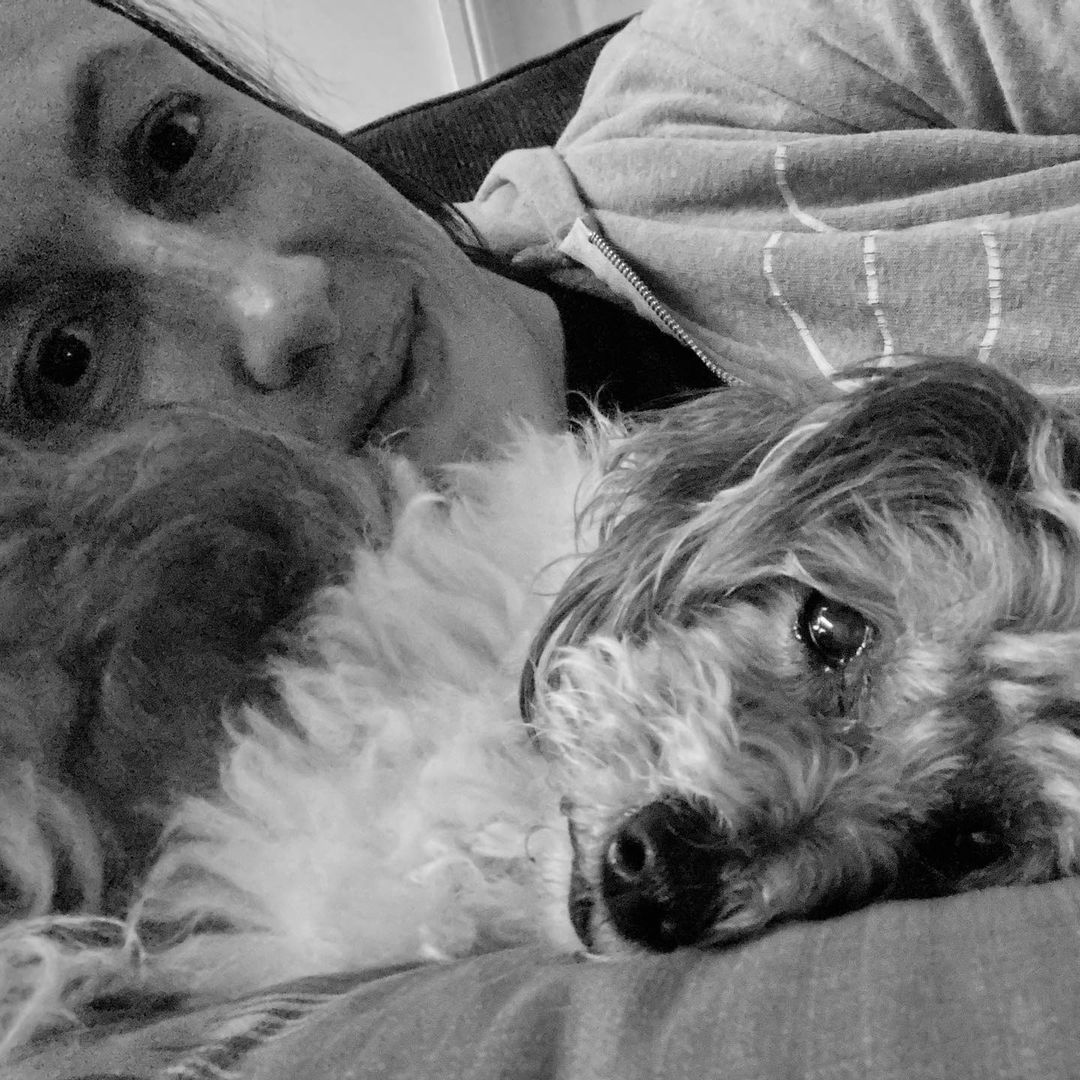 'I will miss you every day', Miranda wrote of dog PeggyCredit: realmirandahart/Instagram

In her grief, Miranda spoke for a dog-loving nation that has been so long in lockdown.

“The pain mirrors the unique joy, connection, comfort and love they bring,”

Miranda wrote of losing her Peggy. “I will miss you every day.”

Separated from so many of the people and things we love, dogs have never felt more like our closest friends.

Stan has been my constant companion, an endless source of laughter, joy and muddy walks.

Dogs give us so much and ask for so very little in return.

This is why we so bitterly mourn them when they leave us.

The humans in our life may be indifferent to our presence but a dog will always light up with pleasure on seeing you coming. 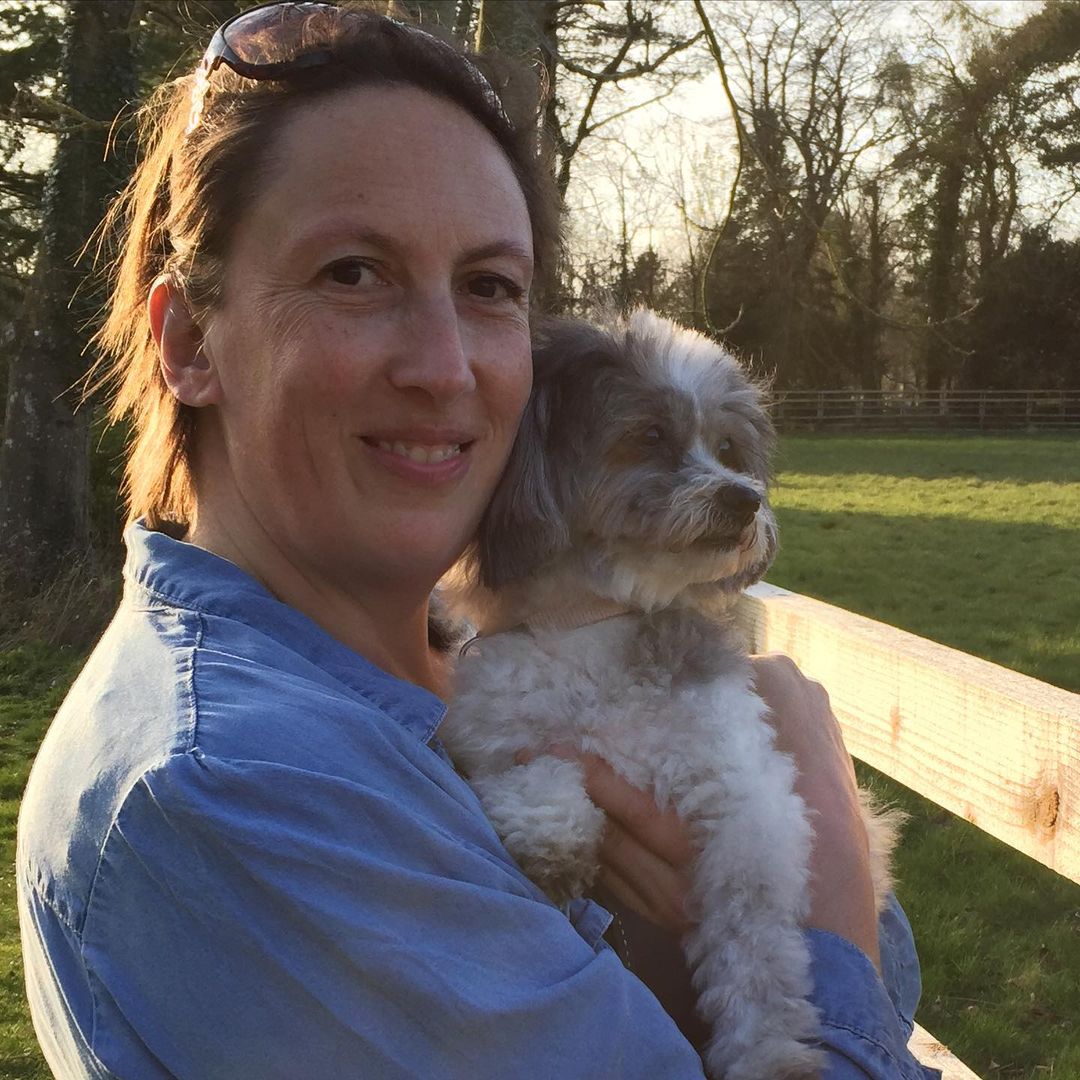 Dogs give us so much and ask for so very little in returnCredit: realmirandahart/Instagram

Dogs have a genius for living. In these darkest of days, their positive outlook has been inspirational.

I know that if there is anything on the other side of this life, the first thing I see will be old Stan — off the lead and running free.

Or it just wouldn’t be Heaven to me.

Wash and go away 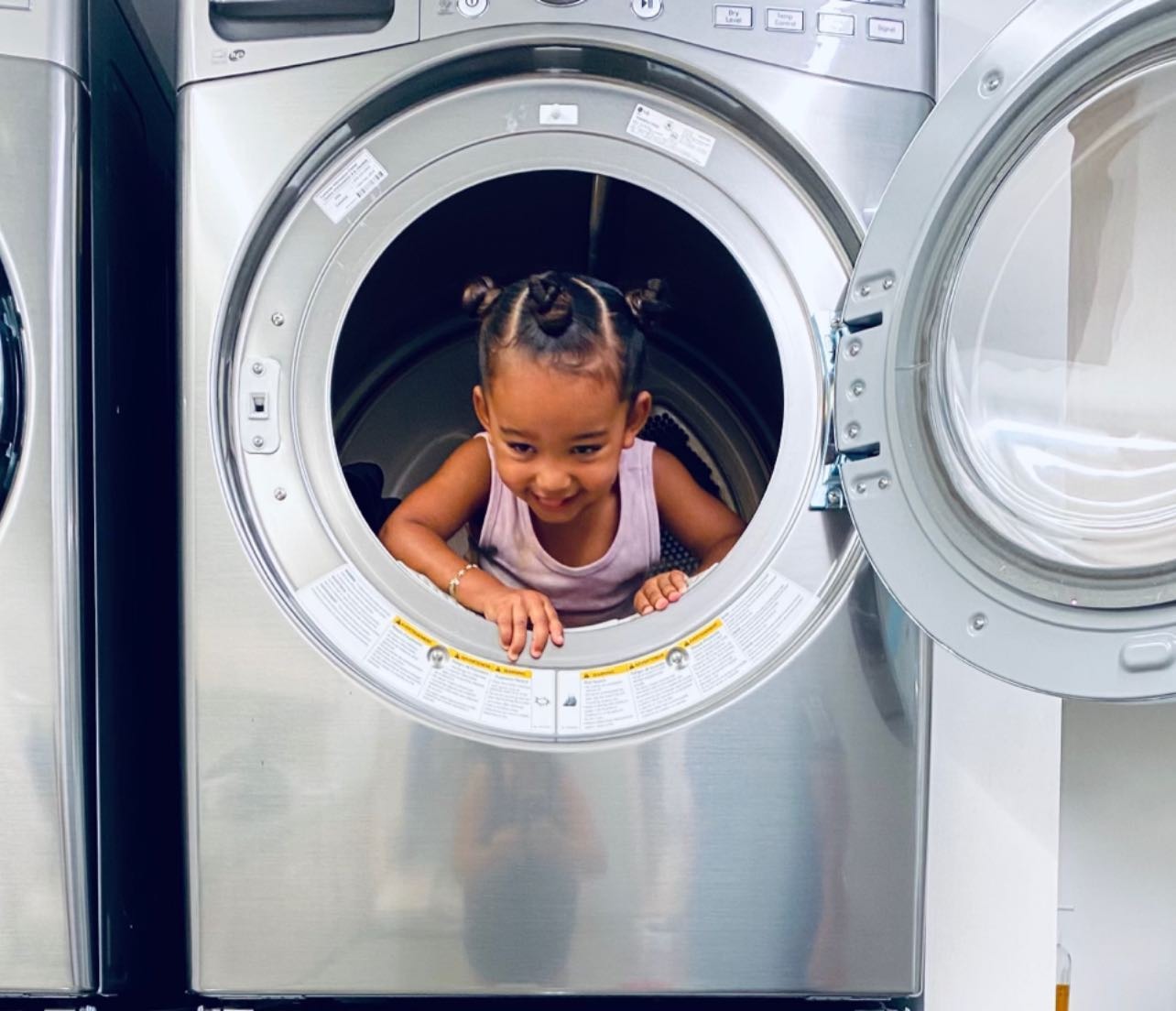 Kim Kardashian's stupidity is off the chart

MY jaw dropped at the picture of Kim Kardashian’s daughter celebrating her third birthday by posing for a social-media snap — in a washing machine.

The stupidity is off the chart.

How is Kim going to celebrate her daughter’s fourth birthday?

Jelly, ice cream and a fairy ­princess party in the middle of a busy freeway?

Sour slur from May

HOW will history remember Theresa May?

The MP for Maidenhead presided over a horrible period in our national story, a time when our democracy seemed to be in a coma. 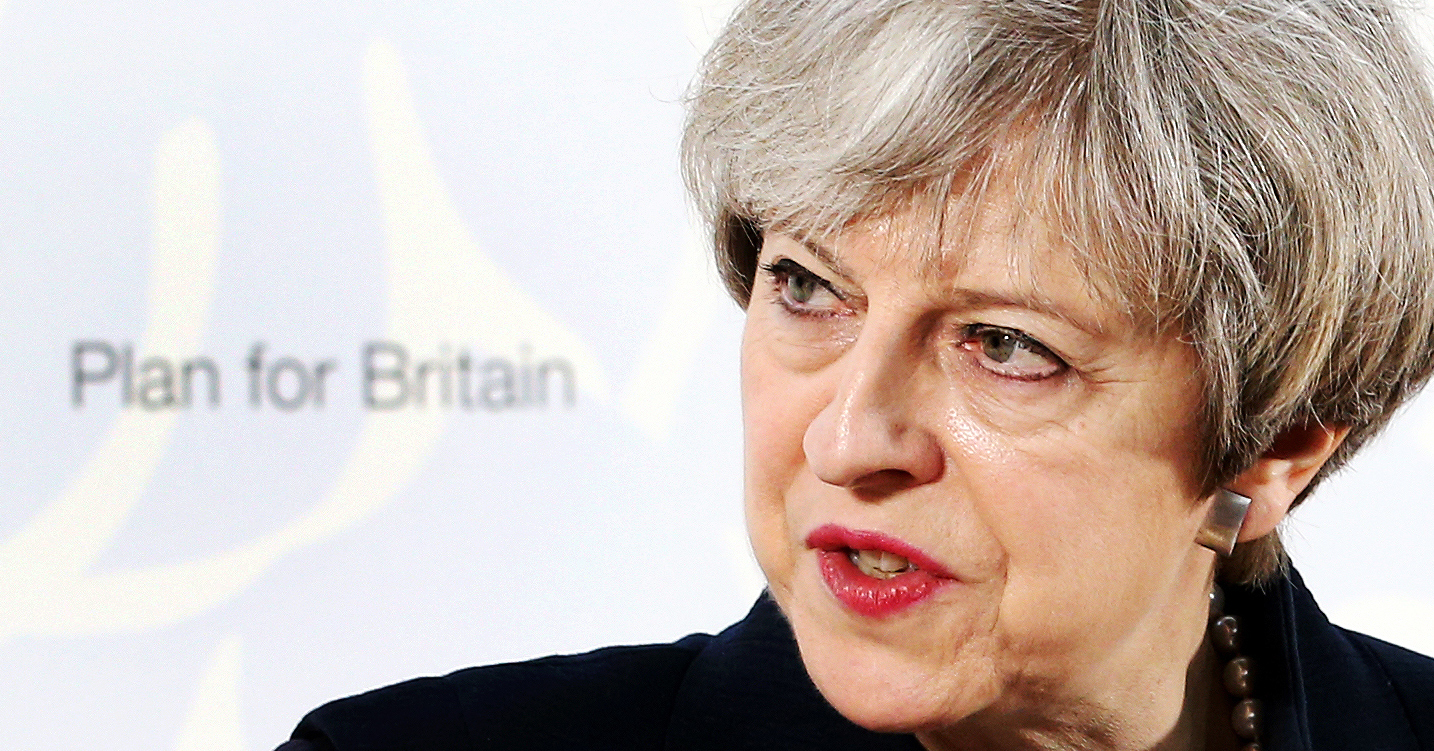 Prime Minister from 2016 to 2019, May came after the Tory PM (Dave) who took us into an EU referendum and before the Tory PM (Boris) who finally took us out of the EU.

May was a good-hearted, well-intentioned soul but the former Remainer totally lacked both the will to get Brexit done and the bottle to simply call the whole thing off.

She tried and failed three times to get Brexit done, leaving our country in an excruciating limbo.

So for May to now bitterly slag off Boris Johnson smacks of sour grapes.

May accuses Boris of “abandoning the UK’s position of global moral leadership” because he threatened to break international law during Brexit talks and clutches her pearls because Boris is reviewing our bloated foreign-aid budget of £14billion a year.

But Boris has fought a war on two fronts – Brexit and coronavirus. And despite many setbacks, he is winning both those battles.

We are out of the EU and our vaccination rollout is the envy of the world.

Both of those victories are down to Boris.

In comparison, May achieved nothing but national inertia.

And sorry, Theresa, the PM who finally finds the courage to tame our spendthrift foreign-aid budget will become a national hero.

Joe Biden must get tough

ON his first day at work, US President Joe Biden played his anti-Trump cards – reversing many of his predecessor’s policies, including plans to withdraw the US from the World Health Organisation.

Donald Trump accused the United Nations agency of being under China’s thumb.

He was all bluster, petulance and show – as we saw from his cringe-making exit, petulantly refusing to attend Biden’s inauguration and flying off to Florida to the strains of Frank Sinatra’s My Way.

But he stood up to China and was dead right to say the World Health Organisation is doing a truly lousy job.

It has been pathetically inept at bringing China to account over Covid-19 and ensuring this global catastrophe will never again happen.

Biden, looking every second of his 78 years, will not help his country or the planet by sucking up to this spectacularly useless organisation.

JUST over ten years into a life sentence for murder, music producer Phil Spector has died of Covid-19 complications.

When I landed my first job in journalism, on New Musical Express in the late Seventies, an old rock ’n’ roll hand called Roy Carr gave me some advice. 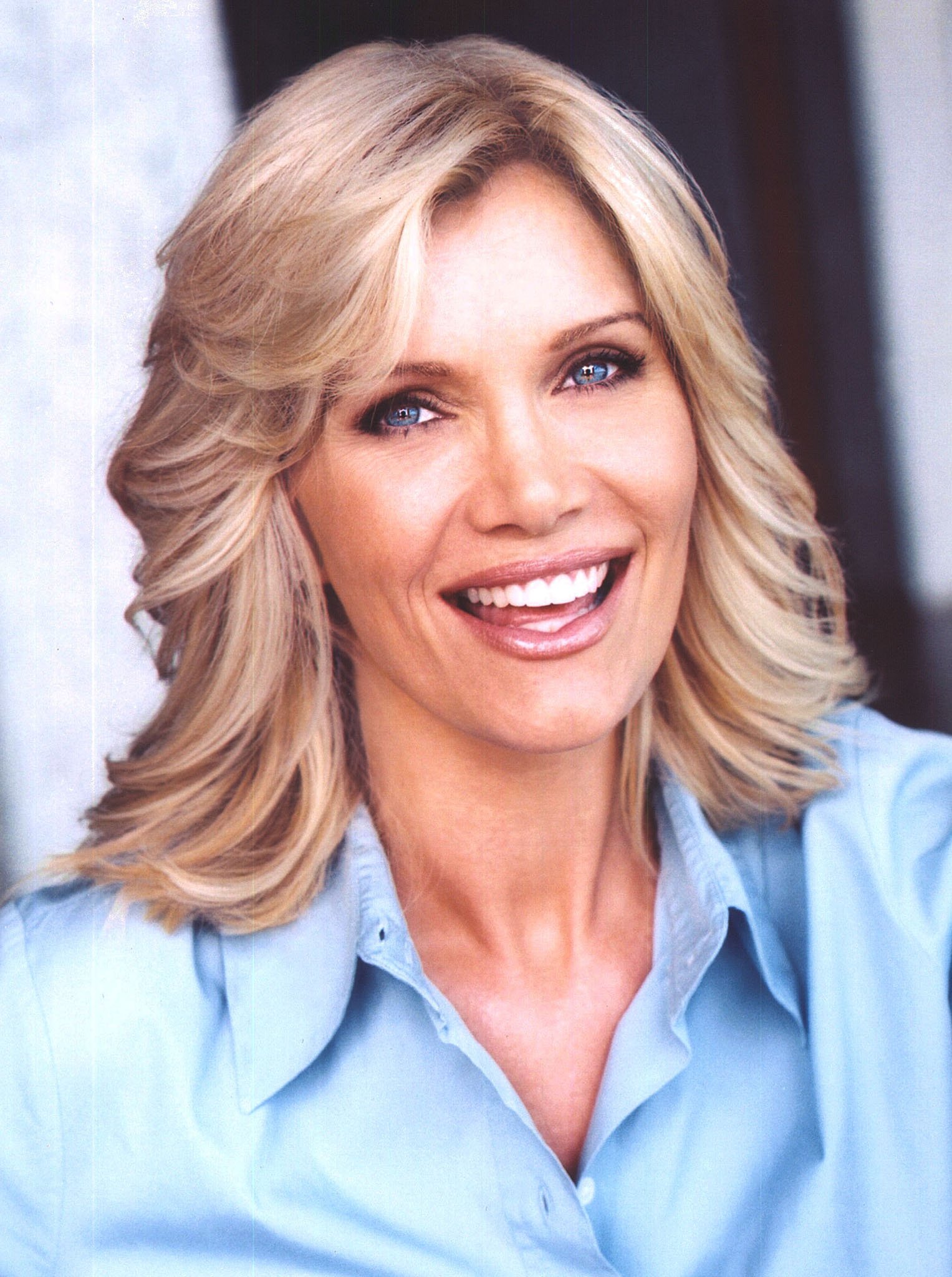 Every obituary of the old sicko should have carried with it a photograph of Lana ClarksonCredit: Reuters

“Don’t find yourself locked in a room with Phil Spector,” Roy told me. “He loves guns.”

At the time, Spector was long past his Wall Of Sound heyday in the Sixties, but still widely considered a producer of genius.

Punk and New Wave bands such as the Ramones and Blondie were hiring Spector to sprinkle some of his old magic dust on their music.

It was never a happy experience.

Spector was a controlling, manipulative, volatile man who, as the Ramones discovered, did indeed love waving around guns.

Tony Parsons says being around Phil Spector was ever a happy experienceCredit: AP:Associated Press

Spector’s sick obsession culminated in the death of actress/waitress Lana Clarkson in 2003, killed by a shot to the head just a few drunken hours after meeting Spector and returning to his mansion.

And every obituary of the old sicko should have carried with it a photograph of Lana Clarkson. 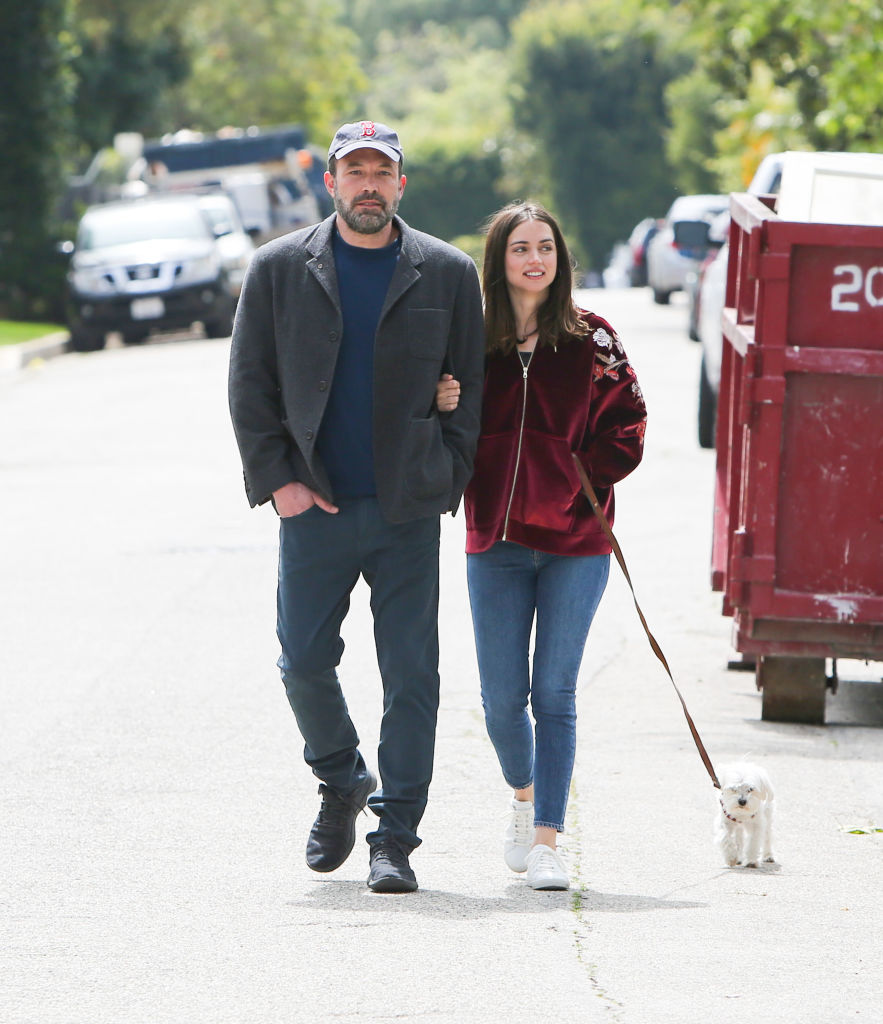 BEN AFFLECK, 48, breaks up with Ana de Armas, 32, and a cardboard cutout of the Cuban beauty is seen being chucked into a recycling bin outside Ben’s LA pad.

Is Affleck absolutely sure he doesn’t want to keep it?

Think it over, Ben.

When the new James Bond film is finally released, Ana is going to be one of the world’s biggest stars.

You should have kept that cutout, Ben. 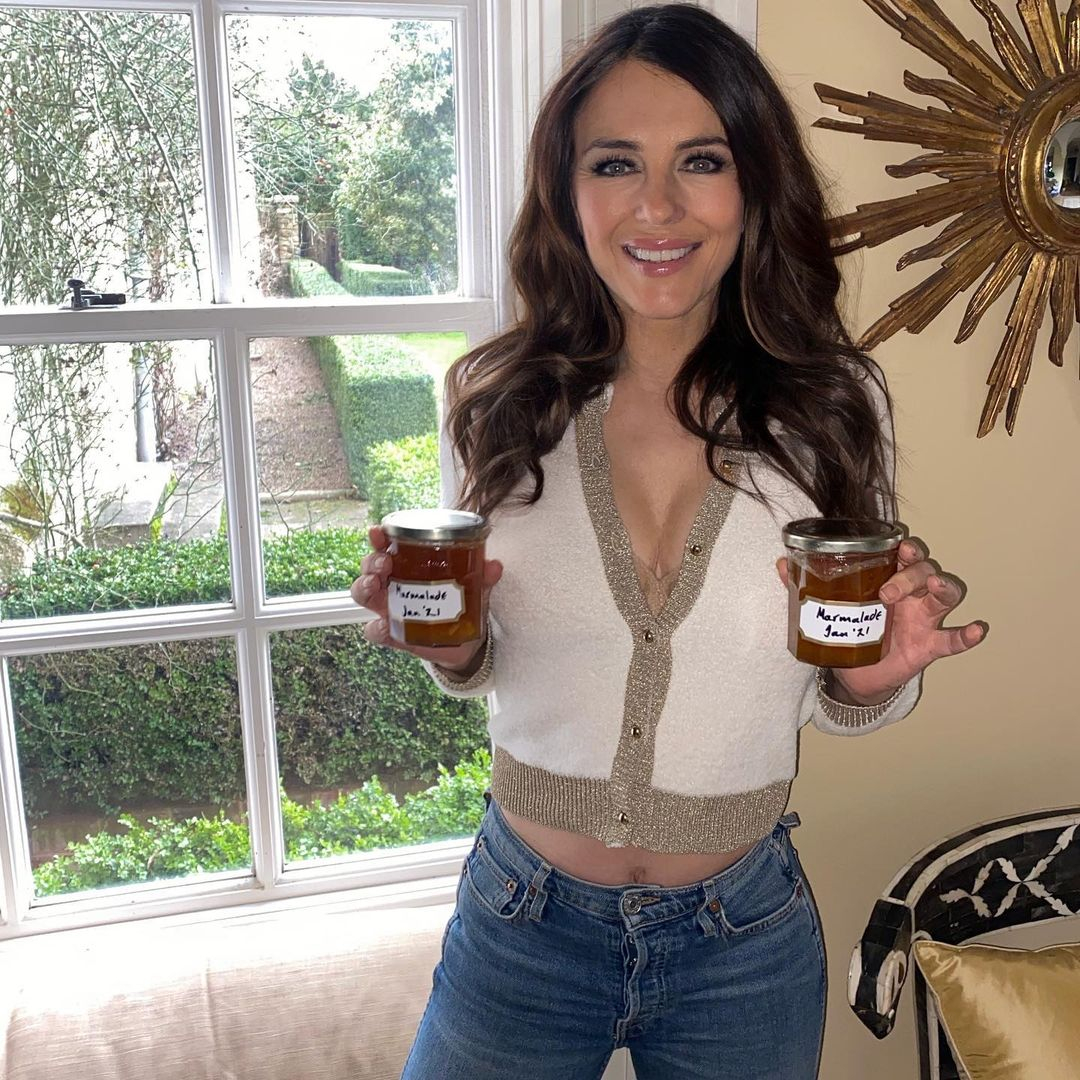 LIZ HURLEY confesses to her 1.8million Instagram followers that she passes those long hours in lockdown by making marmalade.

“Lockdown has turned me into a demented housewife,” laughs Liz, proudly posing with two jars of her home-made marmalade.

“47 jars of marmalade nestling in my larder, with more Seville oranges awaiting me!”

Tasty, fruity and looks like it will last for ever.

I thought she looked nice, like a fun-loving bridesmaid. And completely appropriate, even before the watershed.

Meanwhile, comedian Rufus Hound capped his Golden Ticket-winning skate with a speech on how the wicked Tories want to starve children.

“We live in a world where the people we elect don’t want to feed hungry children,” said Rufus, puffed up with self-importance.

So even with Holly’s revealing frock, Rufus was still the biggest t*t on the ice.

It wasn’t Holly’s dress that was out of place.

It was Hound’s virtue-signalling on ice.

MELANIA TRUMP waved goodbye to public life while holding a black crocodile Hermes Birkin bag worth around US $75,000.

As the average American earns just over US $60,000, this was a wanton, even grotesque, display of wealth.

Melania looks like she is happy to be out of it.