THIS is the moment a selfless dad took off his jeans and gave them to a shivering rough sleeper outside a petrol station.

Johny Hindle spotted Vinnie sitting with his dog and just in shorts near the station in Wythenshawe. 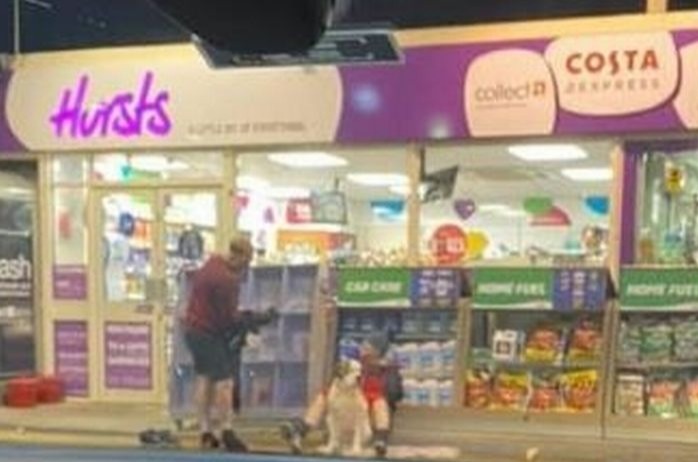 Johny Hindle took his trousers off and gave them to a homeless manCredit: MEN Media 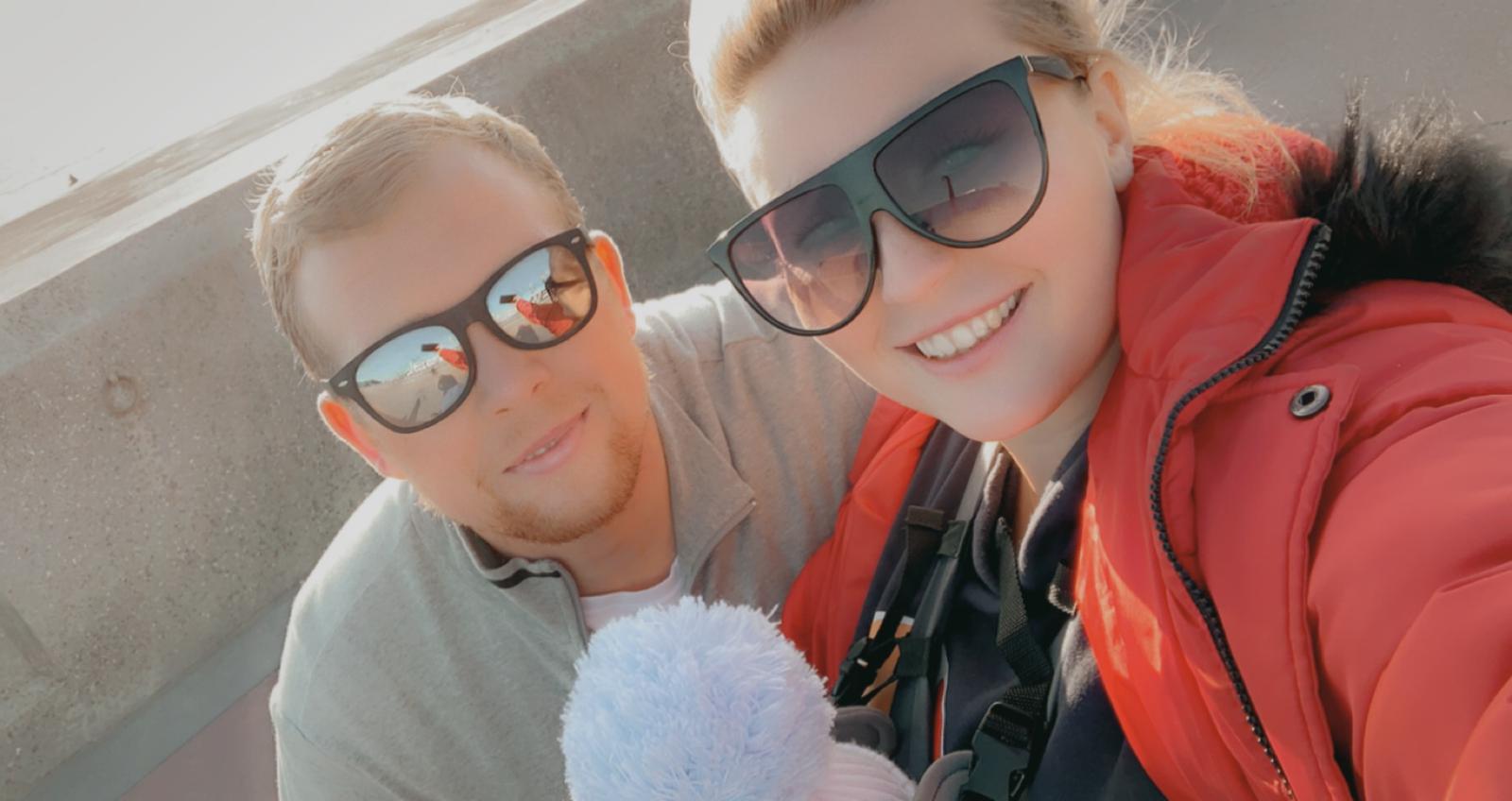 The kind-hearted dad became concerned about the cold temperatures and insisted the man keep his clothes.

His fiancee Courrie Webster told the Manchester Evening News of her pride in his actions.

She said: "We had just been Christmas shopping and we had be speaking on the way to the petrol station about how freezing it was and how we couldn’t wait to get home and get warm.

"At first we thought he was just sat there until we saw the petrol station worker come out and give him some food and a drink.

"When I mentioned what I saw to Johny, we decided to give him some money so he could buy some hot food to keep warm.

"It was only when Johny got speaking to him he told him that a woman had taken his pants home to wash for him and was bringing them back tomorrow so he had a clean pair.

"Then Johny, without hesitation, took his own jeans off and gave him his pants.

"He said he can’t stay outside in that weather with no pants. Luckily Johny, since I’ve known him, has always worn shorts under his pants and I’d never understood why. I'm now seeing why, as one day this was supposed to happen."

A woman passing by saw the heartwarming act and captured the moment in a photo.

She told how moved she was to have seen the act of kindness.

Johny and Courrie went back the next night to give Vinnie food and clothes, but he had moved on.

They said they were told he had been forced to leave as people were throwing fireworks at him, but they plan to keep trying to find him.

It comes after a scared elderly woman was saved from the streets after a heartbreaking picture of her sleeping rough emerged.

Found shivering under a duvet in Manchester, the woman, known only as Anne, had been forced out of her home and was sleeping with just a tarpaulin between her and the cold ground.

A member of the Don't Walk Past charity first saw Anne on Tuesday evening, and she is now in a hotel.

And Wythenshawe local Marcus Rashford has sparked a nationwide movement to get free meals for vulnerable kids in the holidays.

His efforts to saw hundreds of businesses UK-wide offering food and meals to those in need.

Manchester is now in Tier 3 and living with the toughest of the coronavirus restrictions.

Locals in the region are unable to mix indoors or outdoors, with many businesses forced to shut down once more.

Earlier this year charity bosses warned the UK is facing a homelessness crisis after Government data showed more than 75,000 families were either homeless or at risk of becoming homeless before lockdown.

The pandemic has seen many Brits struggle to retain work and pay rent, with it feared the problem will worsen. 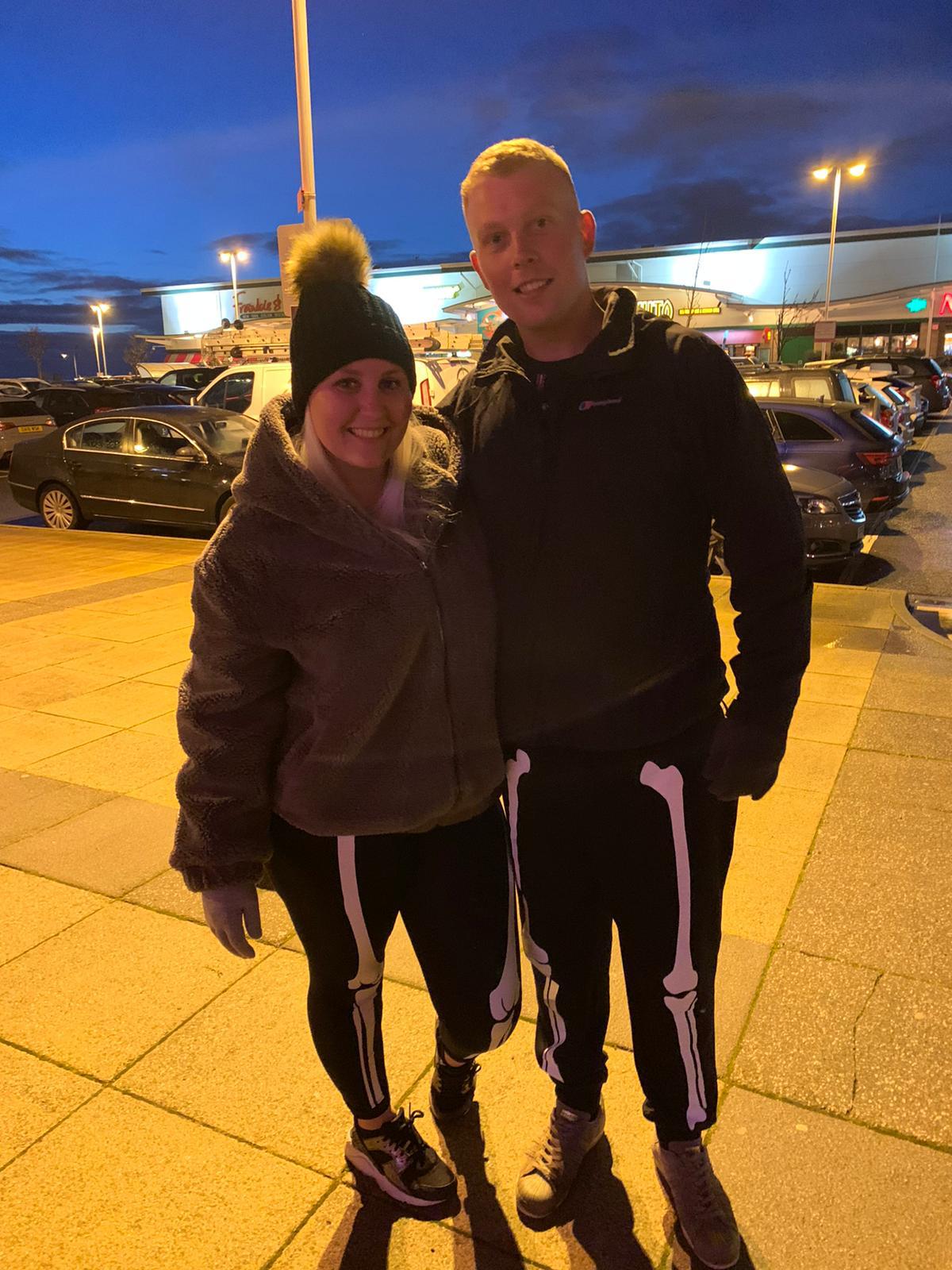 The couple saw the homeless man shivering at the petrol stationCredit: MEN Media 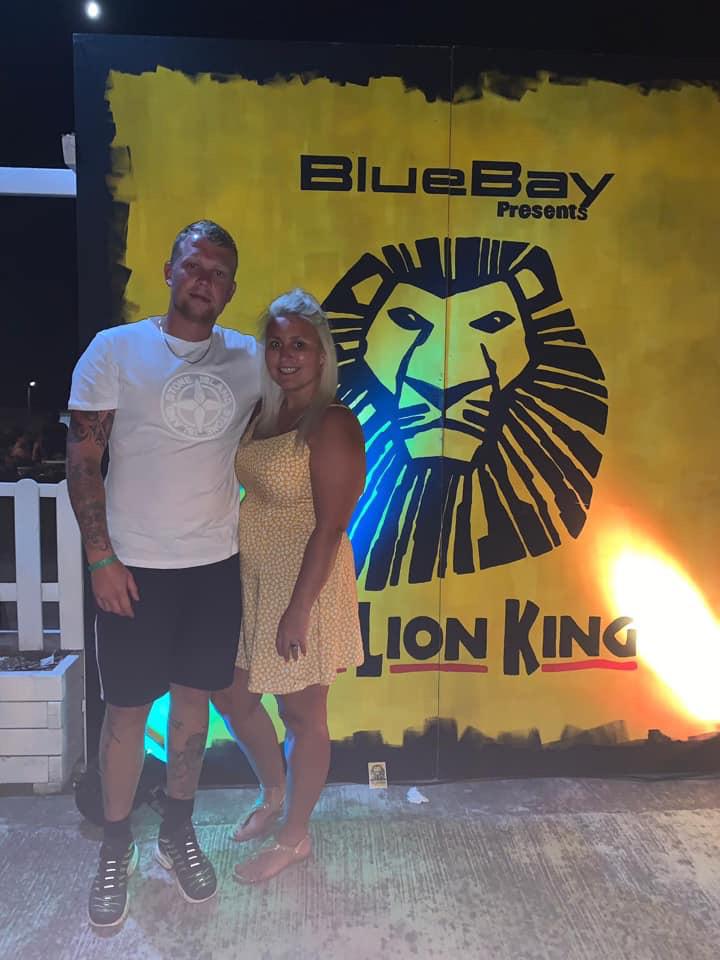 Johny decided to give the man his trousers to keep to stay warmCredit: MEN Media