THIS is the moment a speeding Ferrari driver crashes his £260,000 car into a wall on a London bridge almost mowing down cyclists.

The footage shows the driver swerve the supercar, narrowly avoiding cyclists and pedestrians on the footpath. 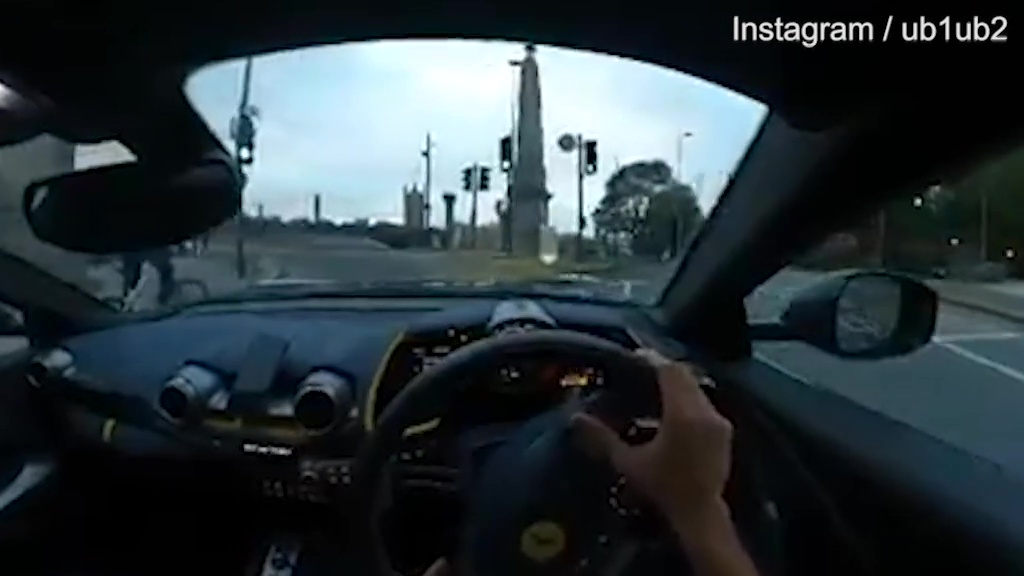 The driver sped up after turning onto the narrow Lambeth bridgeCredit: Instagram /UB1UB2 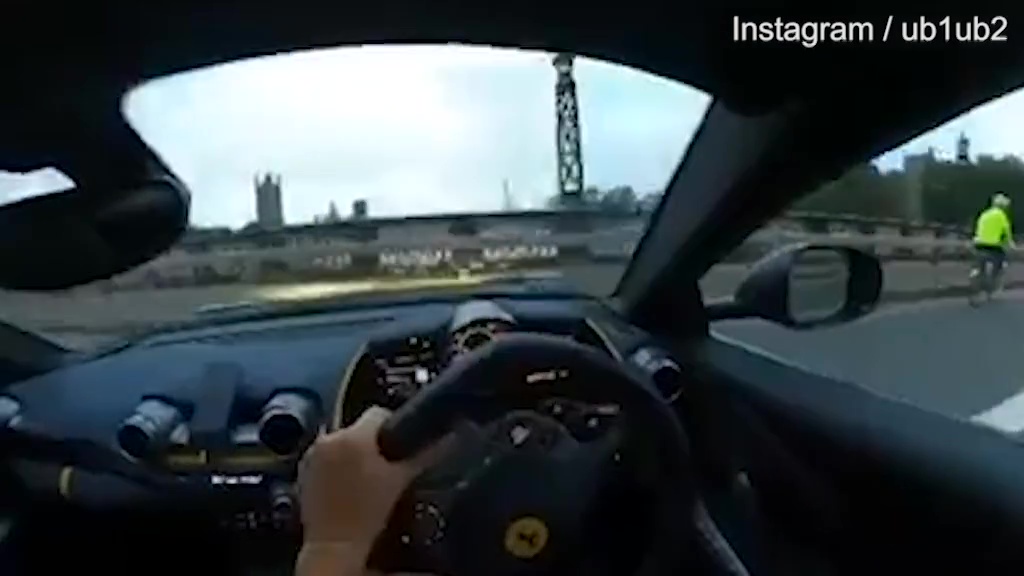 The motorist lost control of the £260,000 car before crashing it into the bridgeCredit: Instagram /UB1UB2

However, the car bangs into the side of Lambeth Bridge, prompting the airbags to be released.

The short clip has been widely shared online since Tuesday when the accident is said to have taken place.

In the video, the driver manoeuvres his car smoothly on the road, south of the river Thames.

As the motorist pulls up to a set of traffic lights, a beeping noise can be heard.

The driver then speeds on turning the car, a Ferrari 812 Superfast which costs £260,000, onto the narrow Lambeth bridge.

Cyclists and pedestrians can be seen using the 2mph road.

Putting the pedal to the floor the driver tests the full range of the 789 horsepower of the car and he quickly accelerates.

But just as he passes a pedestrian on an electric scooter he loses control and the car begins to spin onto the other side of the road.

The Ferrari crashes into the side of the bridge, thankfully avoiding any pedestrians and cyclists.

The airbags deploy and the motorist is seen unbuckling his belt before exiting the damaged vehicle.

The Metropolitan Police have confirmed they are investigating the incident.

Over 6,000 drivers caught by speed cameras every day as fines hit record high

Earlier this year a Ferrari driver wrote off his rare £400,000 sports car when he swerved to miss a cyclist.

The red 488 Pista — one of just 3,500 made and with a top speed of 205mph — careered into a kerb and burst a tyre before ploughing into roadside trees.

The “elderly male” driver and the cyclist were unhurt in the smash on the A25 in Albury, Surrey. 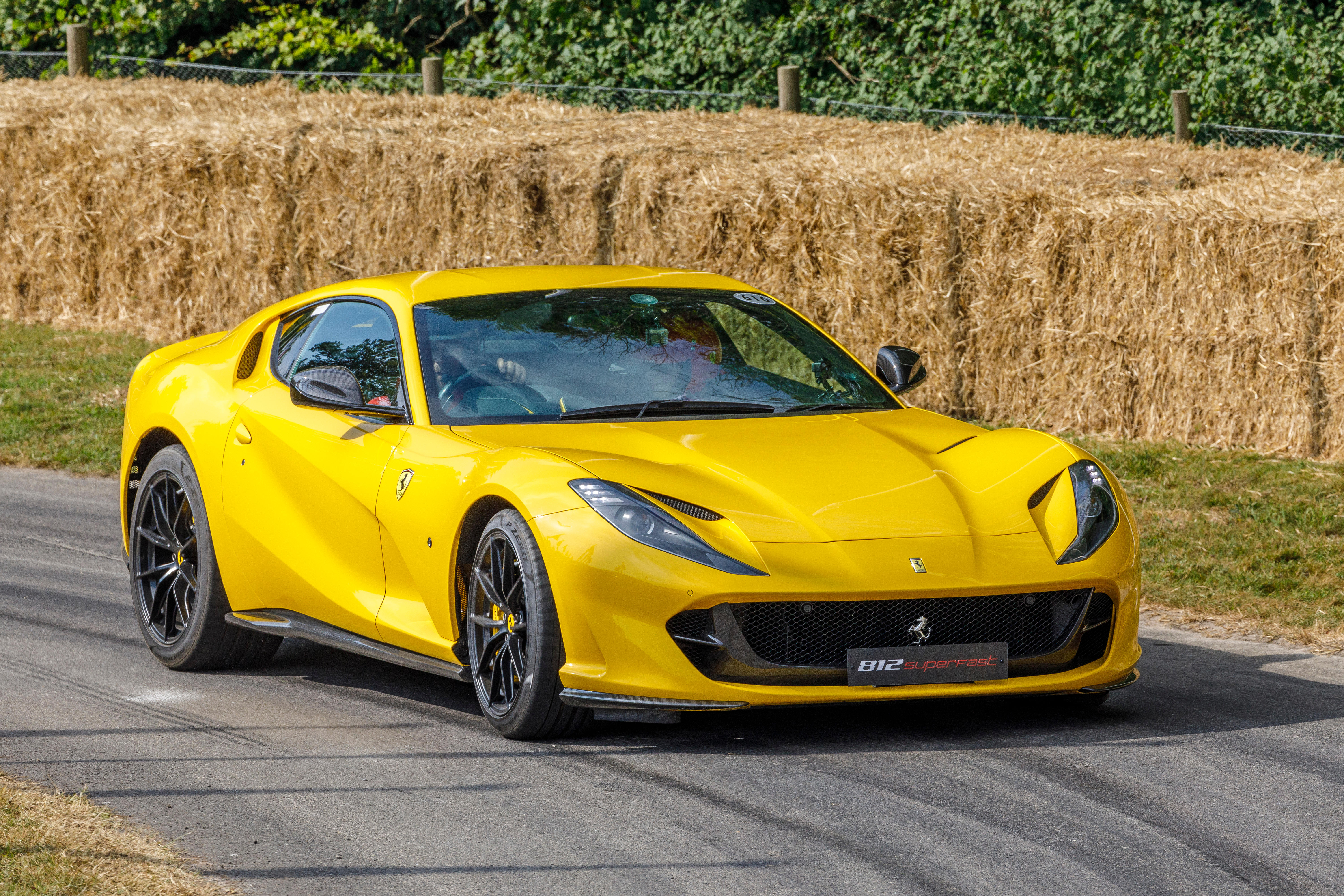 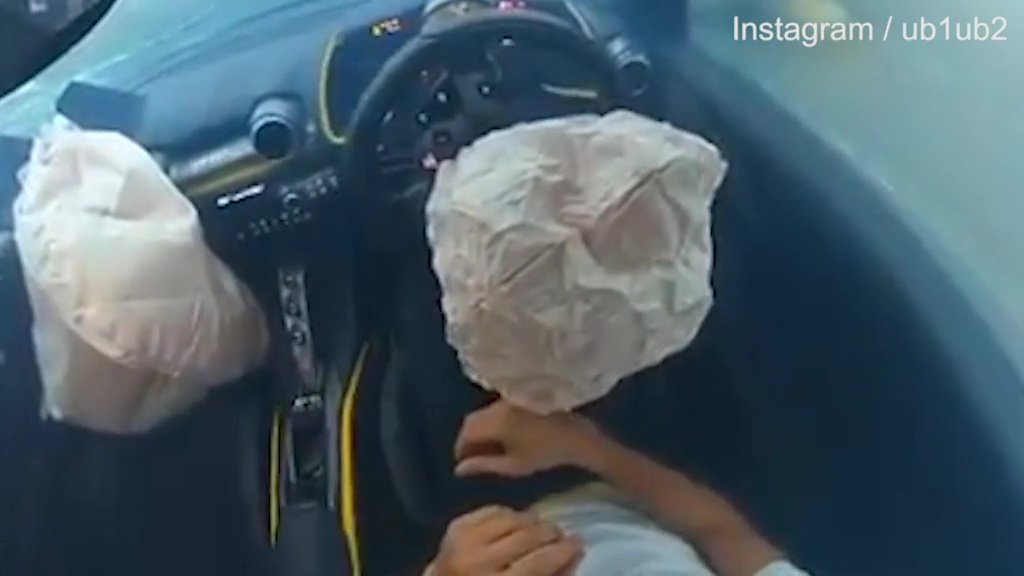 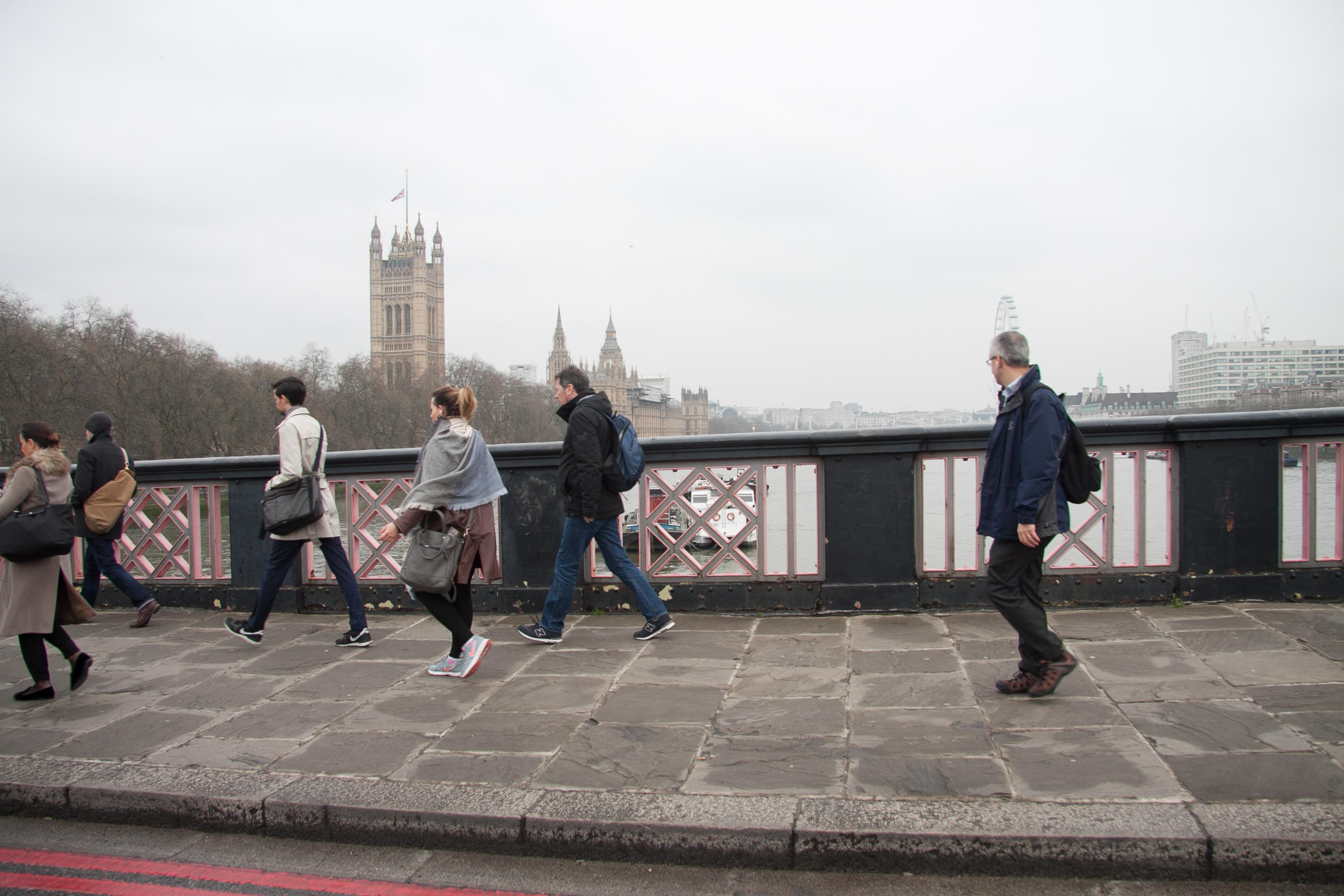 The incident was to have occurred on Tuesday and Met Police say they have opened an investigationCredit: Alamy Live News
Read Entire Article