Most Brits admit they are hopeless at DIY with no idea how to fix a leaking tap, fit a smoke alarm or unblock a drain

Brits struggle to get to grips with basic home repairs until the age of 31, a study has found.

A poll of 2,000 adults found that, despite an increase in fixing up home properties in recent months, three quarters still aren't confident in their maintenance skills - and a third turn to their parents for help. 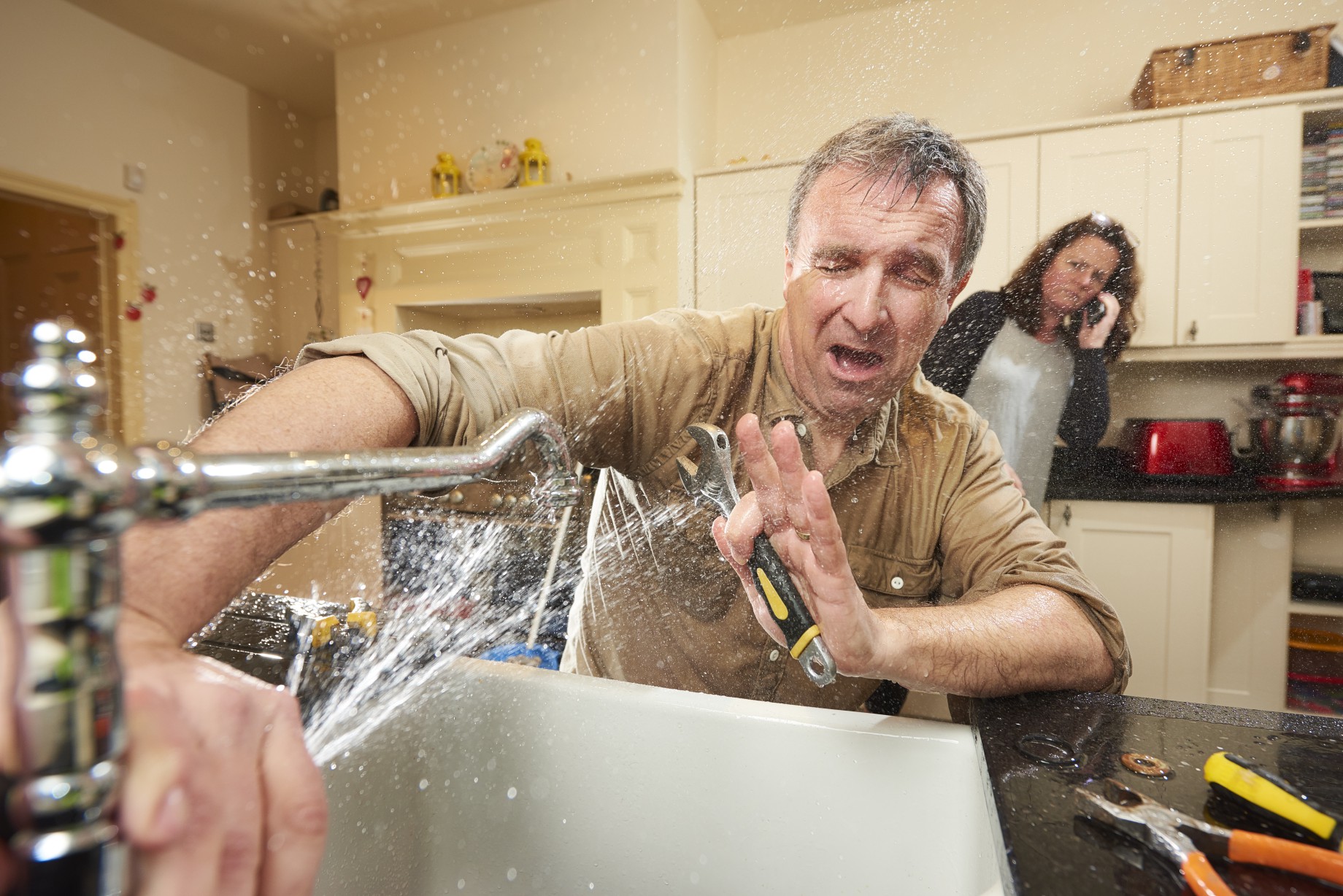 Most adults struggle to fix broken taps, unclog drains and fit smoke alarms by themselves

Three in 10 admit they can’t do any basic home repair tasks, with the average adult only starting to feel confident in their skills once they reach their thirties.

The study also found those polled were aged 24 before they first attempted a maintenance job, with only 12 per cent taught any form of maintenance skills at school.

Half have tried to teach themselves home repairs ‘out of necessity’ and more than one in five don’t try at all, relying on a qualified professional.

One in four adults admitted they have no clue on how to read an energy meter and almost half couldn’t unblock a clogged drain.

Almost two thirds (65 per cent) have no idea how to fix a leaking tap, more than six in 10 have no knowledge of how to repressurise a boiler, and 53 per cent don’t know how to fit a smoke alarm to their ceilings.

Nearly half have turned to online video tutorials or live stream Q&As about home repairs tasks, while 13 per cent have crowd-sourced advice and put a shout out for help on social media.

The research carried out through OnePoll found parents remain a trusted sounding board with around a third turning to their dad for advice, and one in 10 look to their mum for help.

The research was carried out by British Gas, to mark the launch of its ‘Solved on Screen Live’ service where the public can have their domestic dilemmas answered by an expert engineer.

Andy Freeman of British Gas, said: “Our research shows that home maintenance has been popular in 2020 and a priority task in many homes.

“But with winter on its way, we want to offer the opportunity for people to become more comfortable with those home maintenance tasks such as bleeding a radiator or checking their boiler pressure.”

While a quarter consider home maintenance is a ‘priority task’, a lack of experience means seven per cent of households are heading into winter with unfinished projects.