AFTER being abducted off the street in the dead of night, petite 23-year-old Tammy Williams begged her 7ft 1in captor not to rape her.

But her desperate plea enraged unemployed loner Steven Smith, who strangled the Royal Navy photographer and stuffed her body in the cupboard of his Plymouth flat before asking friends to help him dispose of the body. 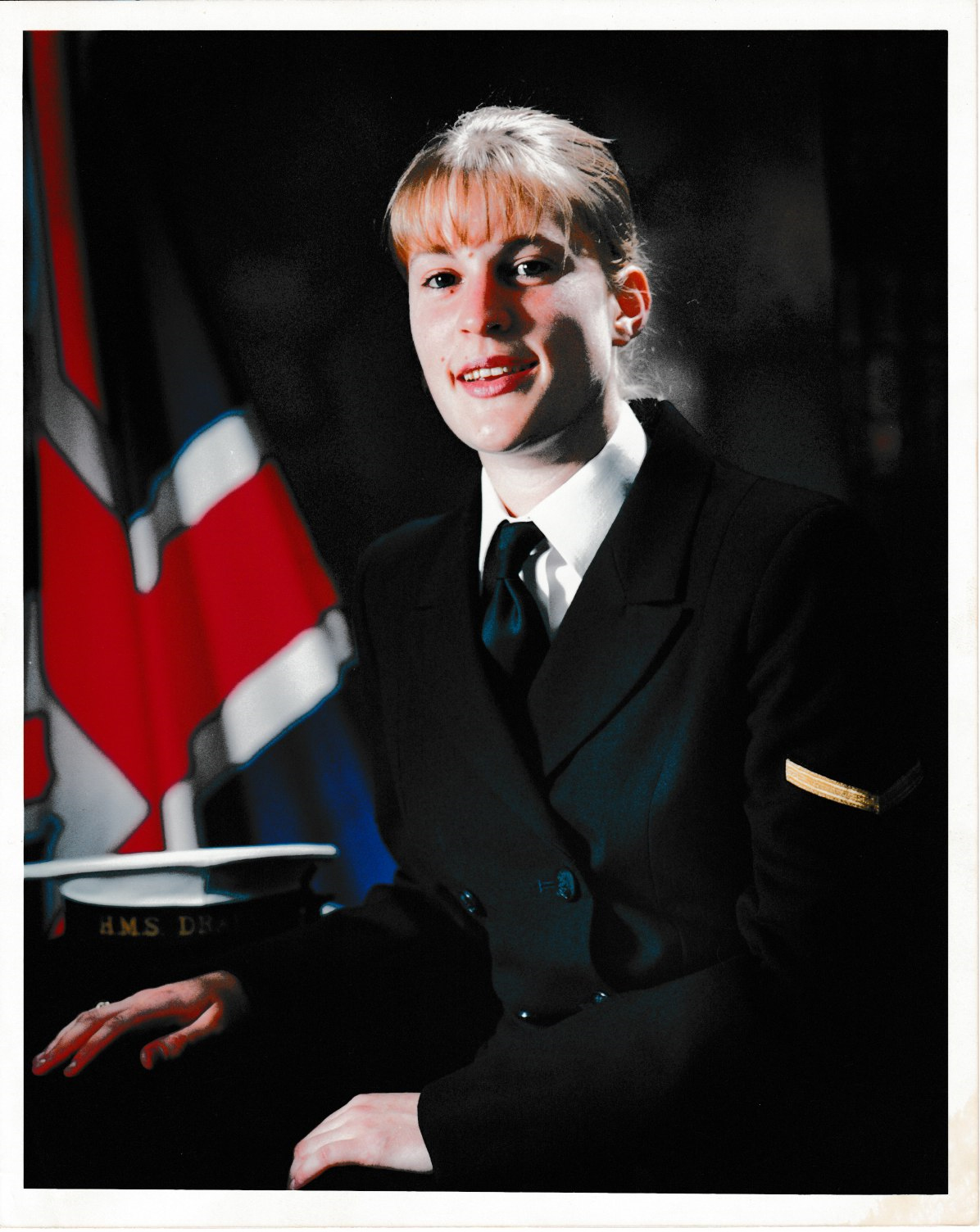 Tammy Williams loved her life in the Navy, which she joined at 17Credit: Supplied

The callous killing in April 1997 - dubbed the Beauty and the Beast murder because of the killer’s imposing height - sent shockwaves through the town and the Navy base where Tammy worked.

Smith, then 31, was jailed for a minimum of 16 years but has been released this week - despite being labelled a “psychopath” at the trial by the defence’s own psychiatrist.

Desperate appeals to the Parole Board from Tammy’s devastated family, who believe Smith is still a danger to women, have fallen on deaf ears.

In an emotional interview with the Sun, aunt Kim Dolphin said: “Tammy was so caring, so thoughtful and really good fun to be around. I loved being in her company.

“She was full of life and yet her last moments on earth were with this giant who is so scary to look at. The last thing she would have seen was his face and that just rips us apart.

“She didn't deserve any of that. Now we're just scared that that's what's going to happen again, because he’s going to be let out and we don't think his issues have been addressed.” 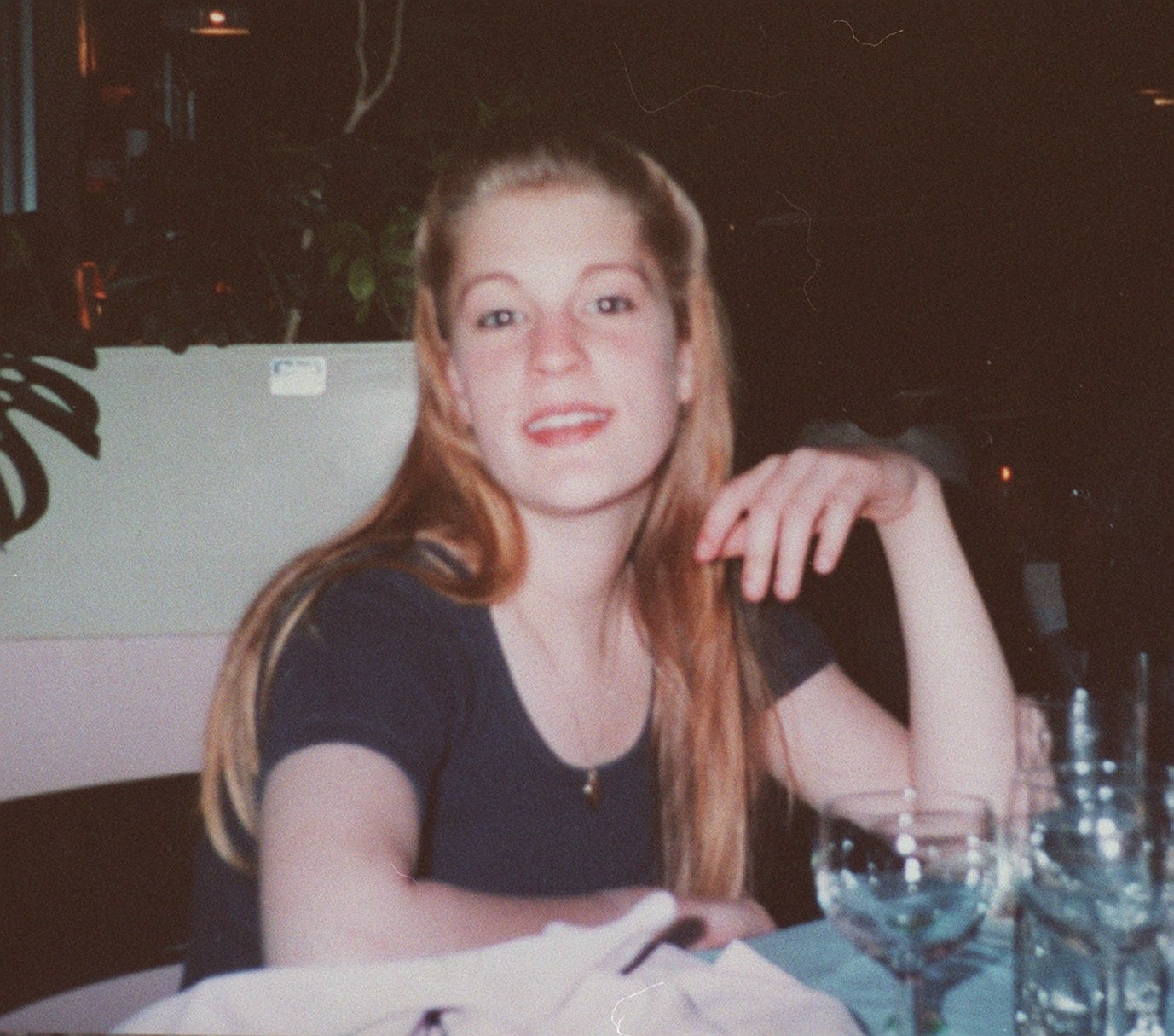 Tammy had been out with friends on the night she died Credit: BiPM MEDIA 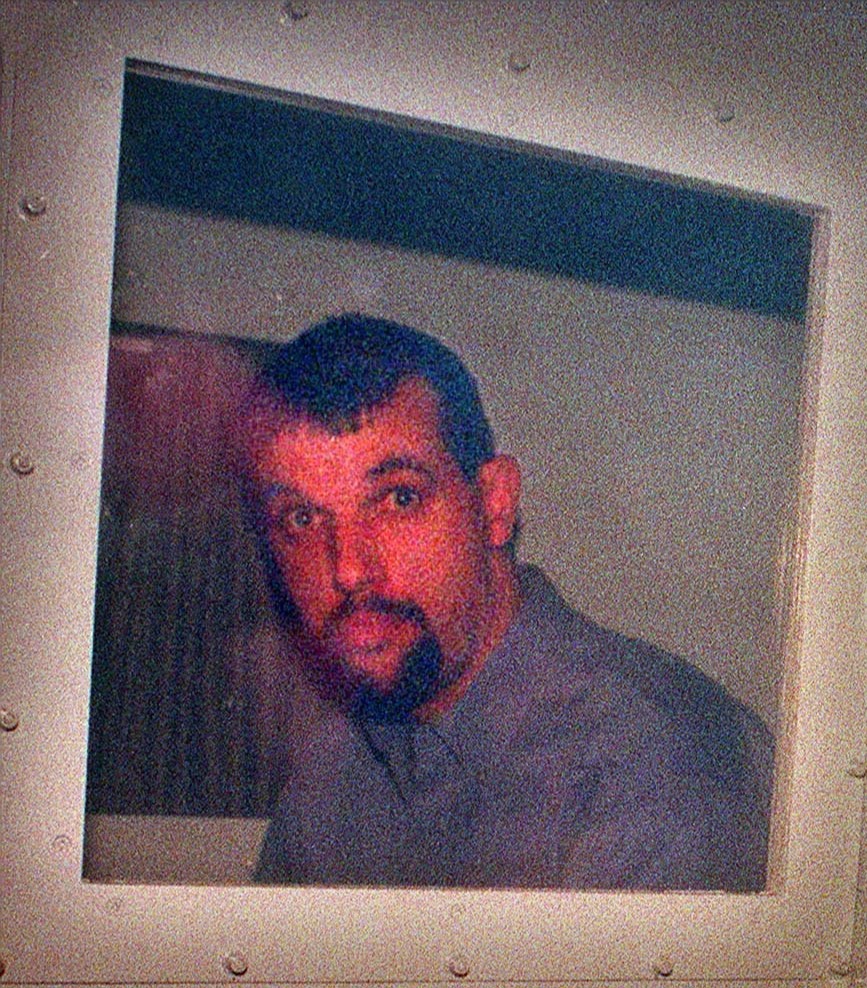 Steven Smith strangled Tammy after dragging her to his flatCredit: Apex News & Pictures

Dragged off the street 'at knifepoint'

The daughter of two Royal Navy radio operators, Tammy fulfilled a dream to follow in her parents' footsteps when she joined the forces at 17.

A high flyer, she became one of the first women to take up a sea posting, maintaining missiles on HMS Norfolk and HMS Brazen before becoming a photographer and working at Plymouth's HMS Drake base.

“Tammy loved her Navy life and she was just loving being a photographer, ” says Kim.

“She was engaged and was excited about getting married. She had her whole life ahead of her.”

She was engaged and was excited about getting married. She had her whole life ahead of her.

On the night of April 26, 1997, Tammy went out with friends in Plymouth, wearing a new dress she had bought that day.

After calling it a night, she was seen waiting for a taxi home but, when she spotted another group of friends, she changed her plans and headed to Jesters nightclub with them.

This time, when she left the club, there were no taxis outside - so she walked to a bank of phone boxes to call a cab.

It was there that Steven Smith, who had spotted her in the club, approached her and, as he later claimed, “startled her.”

He said he lived nearby and offered her a coffee and, when she refused, he dragged her to the flat - possibly at knifepoint.

“Witnesses saw a girl trying to get past a very tall bloke and he wouldn't let her,” says Kim.

“She was still heading towards her home. There's a nunnery nearby and one of the nuns heard a female scream and looked out but couldn't see anything. It would have been from a back alley which led to Smith's digs.

“When they found Tammy’s body, she had knife prick marks under her breasts, where we believe he had taken her at knifepoint.” 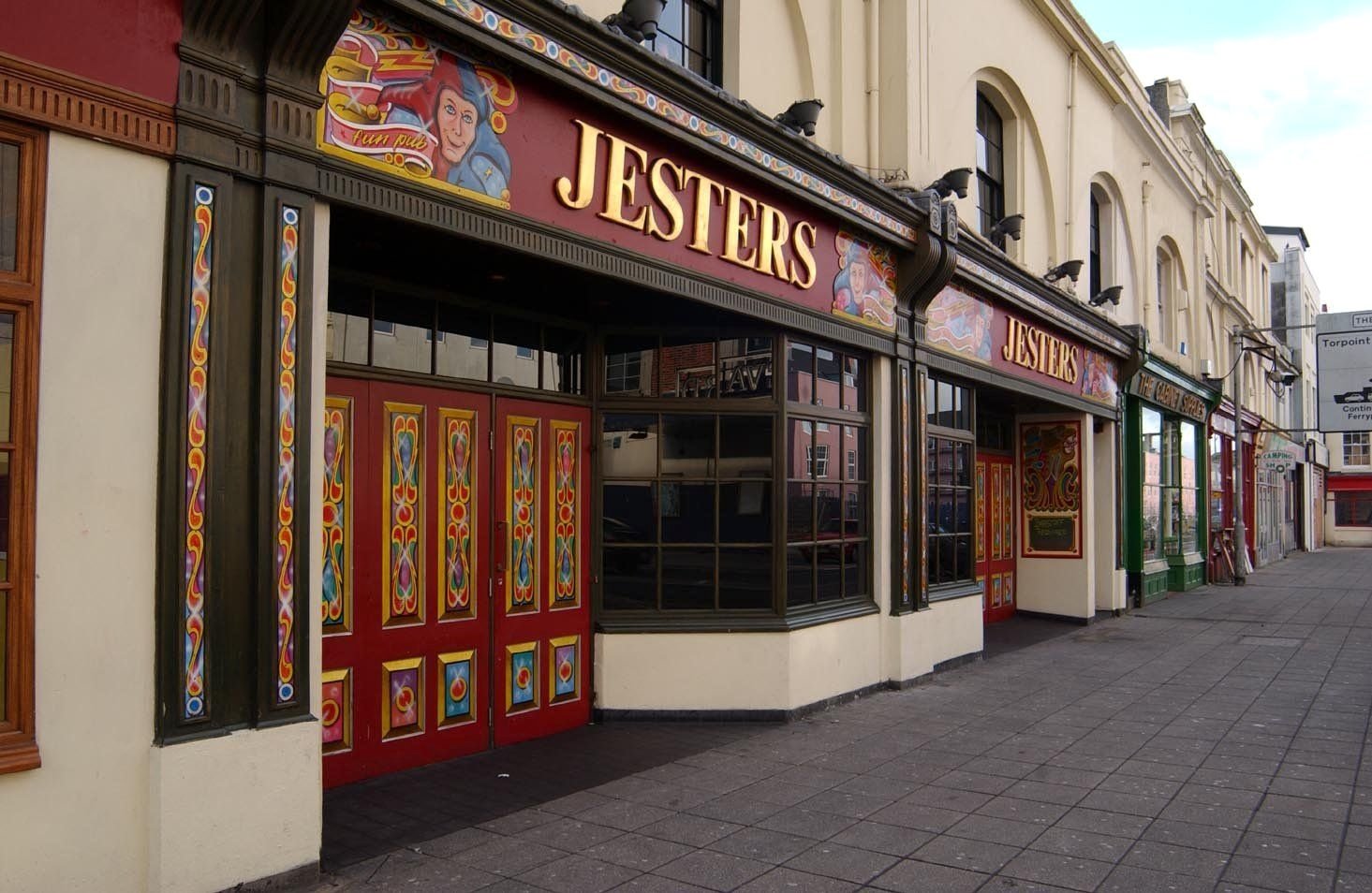 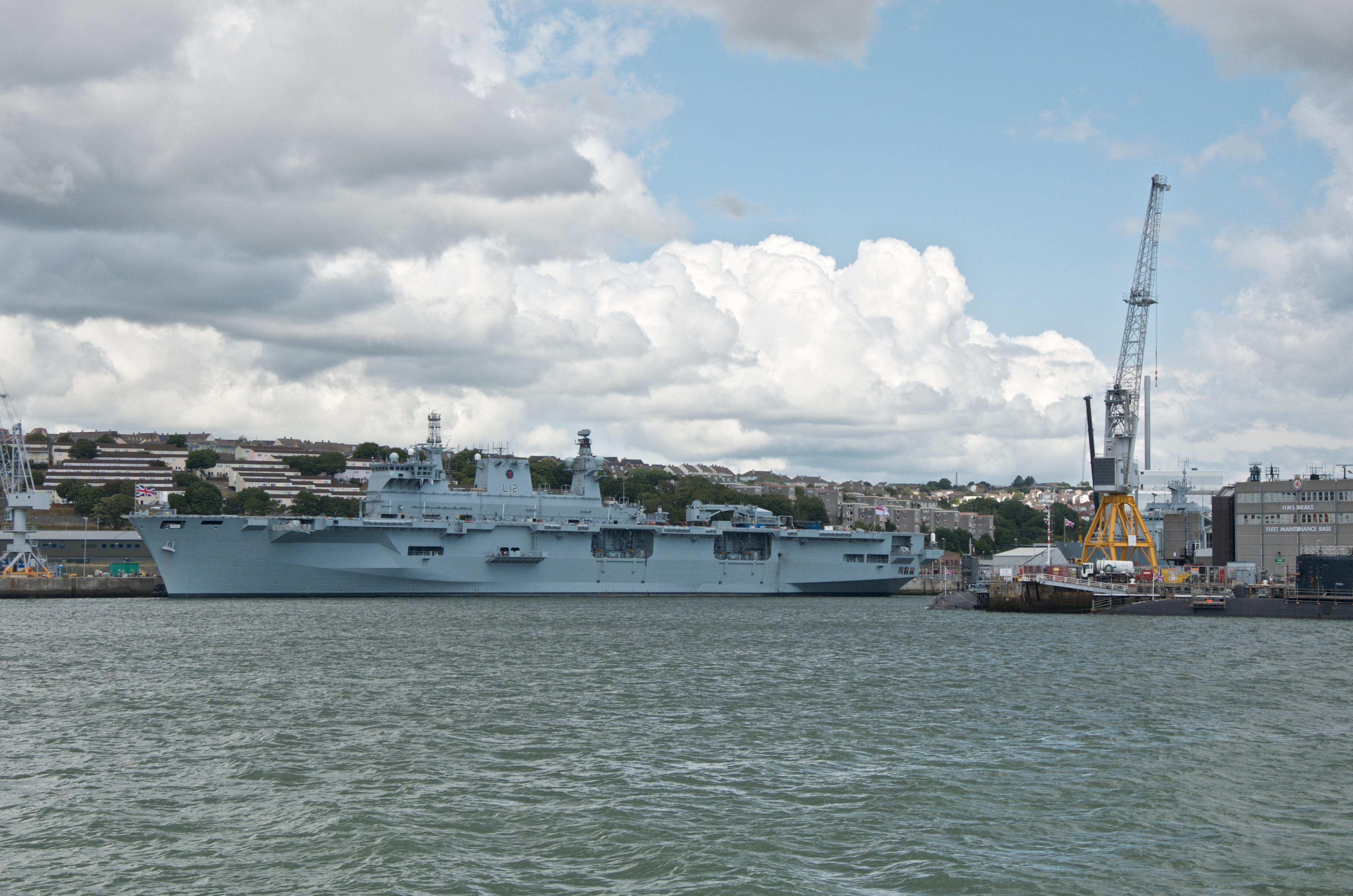 HMS Drake in Plymouth, where Tammy was stationed when she diedCredit: Alamy

Strangled over 'don't rape me' plea

At the house Tammy pretended she needed to go to the bathroom, hoping she would be able to climb out of the first floor flat but, finding there was no window, she had to come back out.

“Tammy said to him, ‘please don’t rape me’. That's when he lost it because he was in court a couple of months earlier, accused of rape by two former girlfriends, and was acquitted,” says Kim.

“So he strangled her and stuffed her in a cupboard and threw his dressing gown over her.

"Then he called on his friends to help him dispose of her body but luckily, they all told him where to go, assuming he was drunk because he had a drink problem.”

Smith then got on a train to his family's home in North Devon and confessed to his parents, who persuaded him to hand himself in.

The police found Tammy's body in the cupboard at the flat. Her bra and top were above her breasts but she had not been raped.

Mum Margaret - who lost husband Brian in an accident when Tammy was just eight months old - then had to be told her only child had been murdered by a monster.

“Margaret, who we call Meg, went into deep shock,” says Kim. “She just couldn't believe it. She was living in Leicester and just wanted to get to Plymouth to see her daughter.

“Meg’s mum had to be put on tranquilisers because she was so distraught.

“I was also in the Navy at the time, serving at Naval Air Station Yeovilton, and I had heard that a Wren had been murdered but I never dreamed it was my niece. I was so shocked.

“I drove home and had to tell my mum. That’s the worst thing I've ever had to do, even worse than having to tell her my brother Brian, her son, had died in 1974.

“The grandparents were both never the same again. They both aged, especially over the years of the trials.” 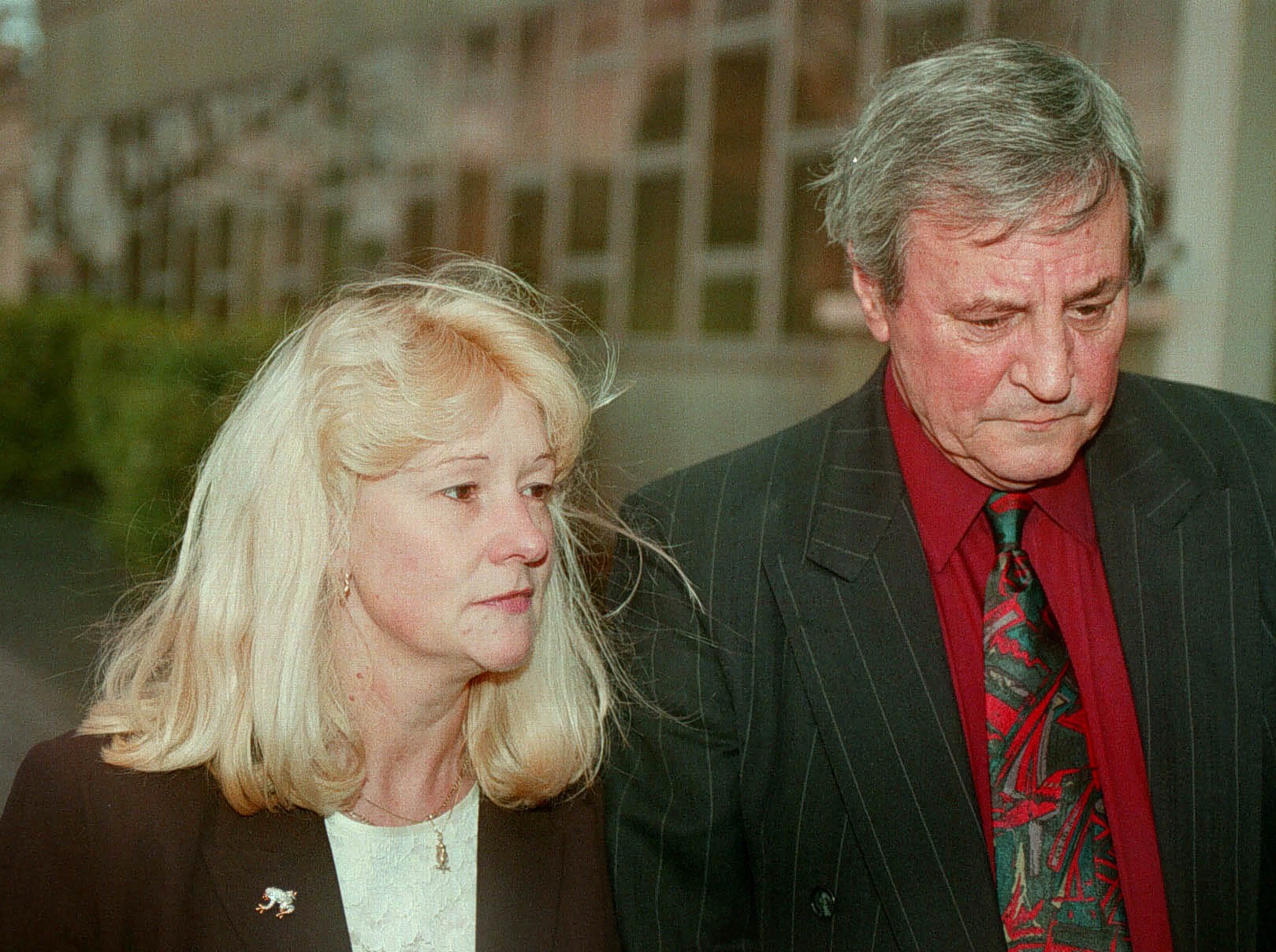 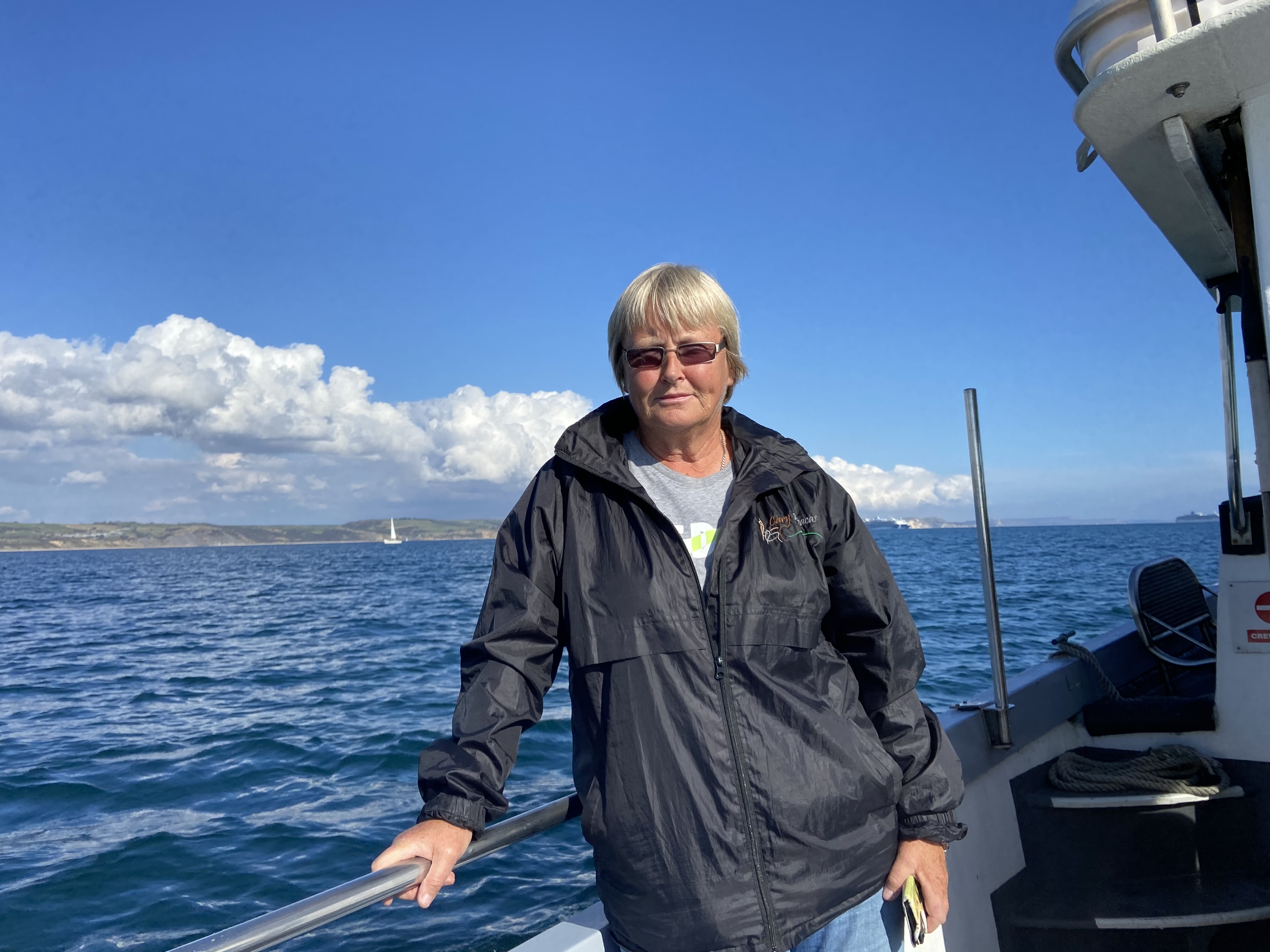 Killer claims he had an 'epileptic fit'

Despite leading police to the body, Smith claimed he had been in the throes of an epileptic fit when Tammy died, and came round to find her body dead beside him.

He even tried to claim his sofa had tipped over onto her neck while he fitted.

The jury heard how he had called at a friend’s house at 4.30am saying he had killed a girl and her body was in a cupboard.

His parents said he had told them he had picked up a girl in a nightclub, had sex with her and then they had had a row, although Smith told police they did not have sex.

When questioned about the events, Smith repeatedly told the court “I don’t recall.”

Despite being convicted in 1998, Smith won a retrial after claiming two ex-girlfriends who testified that he was abusive had smeared his reputation with ‘false evidence.’

Incredibly, at his retrial in July 2000, a psychiatrist brought in by the defence team to help prove his innocence testified that he had “psychopathic tendencies” and shouldn't be released back into society.

When the jury were taken to the flat where Tammy had died, on the sixth day of the trial, he finally confessed and changed his plea to guilty.

“He continued to plead not guilty and constantly deny it for three years, putting us through hell when he could have just put his hands up and confessed,” says Kim.

“There has never been any remorse from him.” 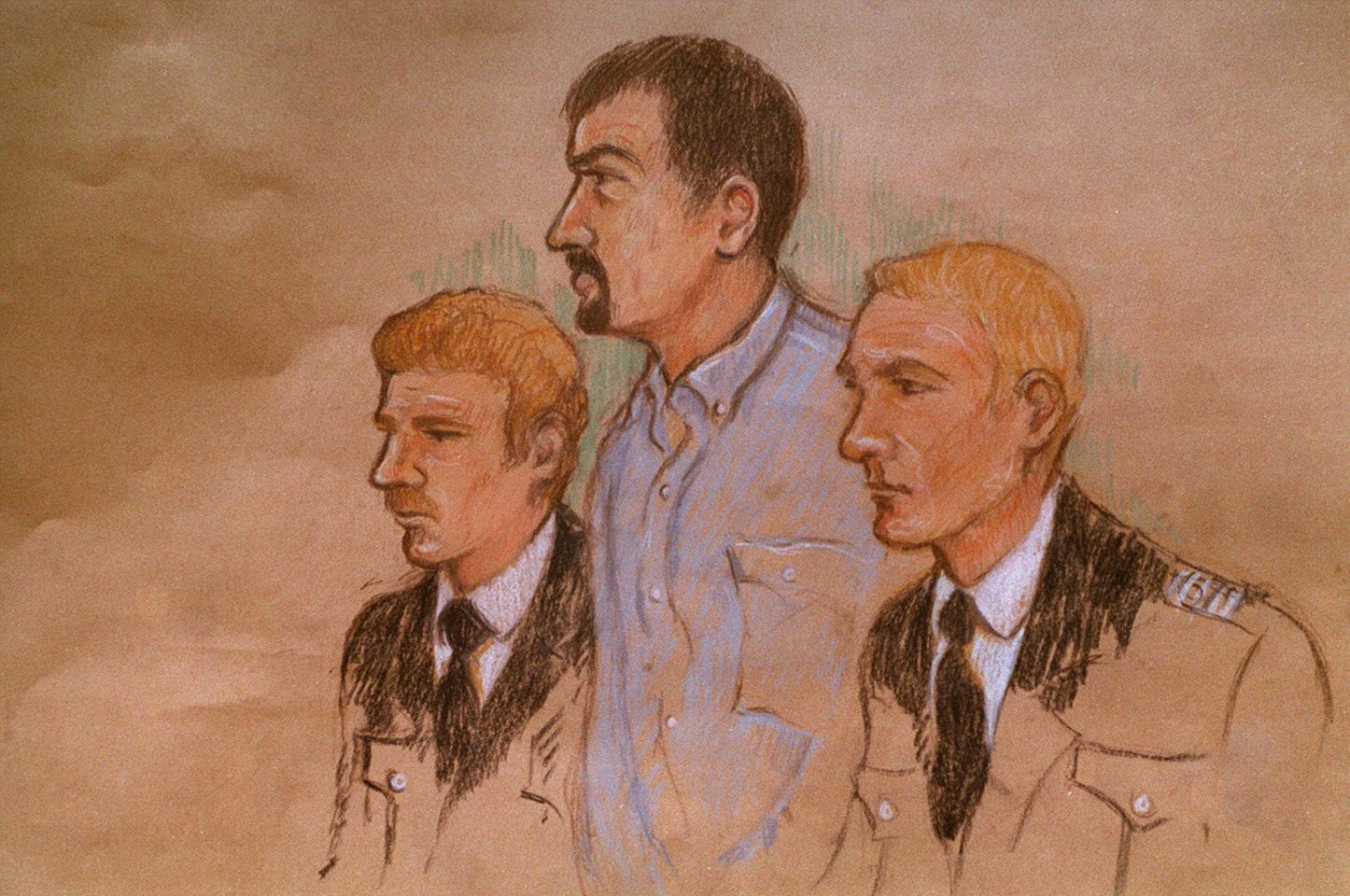 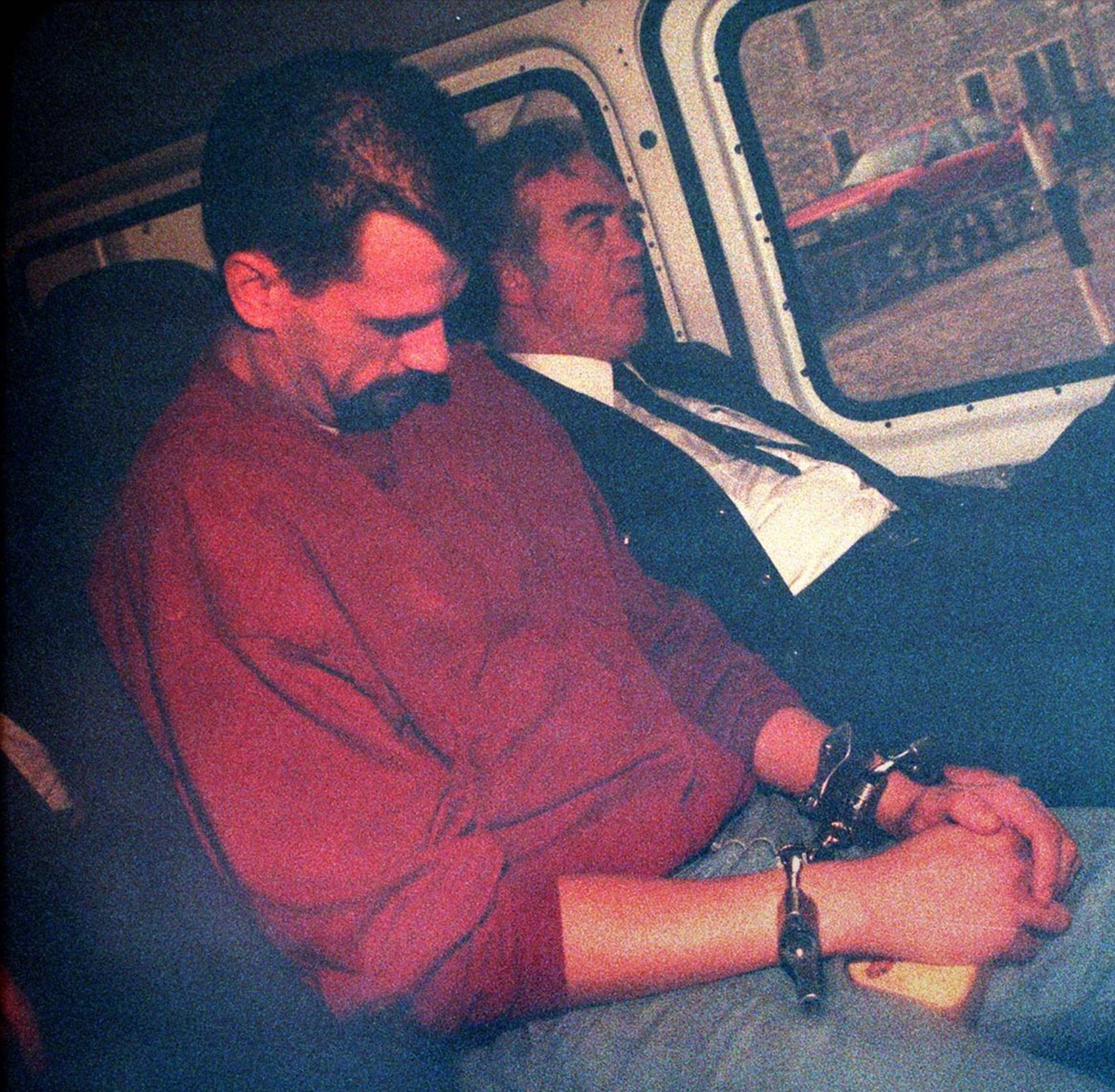 Found guilty at Exeter Crown Court, Smith was jailed for a minimum of 16 years and has now been released, having served 23 years.

But the family are horrified that their concerns over his release have been brushed aside and say that, despite an enquiry by MP Robert Buckland, many questions still need to be answered.

“They are telling us he's a model prisoner and the Parole Board’s statement said that his behaviour has been ‘consistently positive’. But if that is true, why has he served 23 years and not 16?

“If he’s not dangerous, why has he previously been refused parole in order to ‘protect the public’, as the statement also says?”

Kim also questioned why he was released from a category D (high security) prison without the usual stepping stone of time in a category C, or open prison.

“Smith was declared a psychopath in one of the hearings back in 1998 and there’s been no mention of any psychiatric testing before release,” she says.

“Surely once you're a psychopath, you're always a psychopath, but there’s no mention of how they're going to address that when he comes out this week.

“He has shown no remorse and we know he was in court a couple of months before killing Tammy, for rape and physical abuse on two girlfriends. We firmly believe he could attack again.

“The family are feeling angry and deflated. We always knew he'd be released one day, of course, but we don’t believe it’s safe to let him out.”

“Parole Board decisions are solely focused on whether a prisoner would represent a significant risk to the public after release. The panel will have carefully looked at a whole range of evidence, including details of the original evidence and any evidence of behaviour change.

“We do that with great care and public safety is our number one priority.”