NEW York is to be hit with wild wintry weather as a snowstorm is making its way towards the city, bringing with it one foot of the white stuff.

The storm is expected to hit on Sunday night and stay until Tuesday morning, dumping up to 10 inches of snow on the five boroughs. 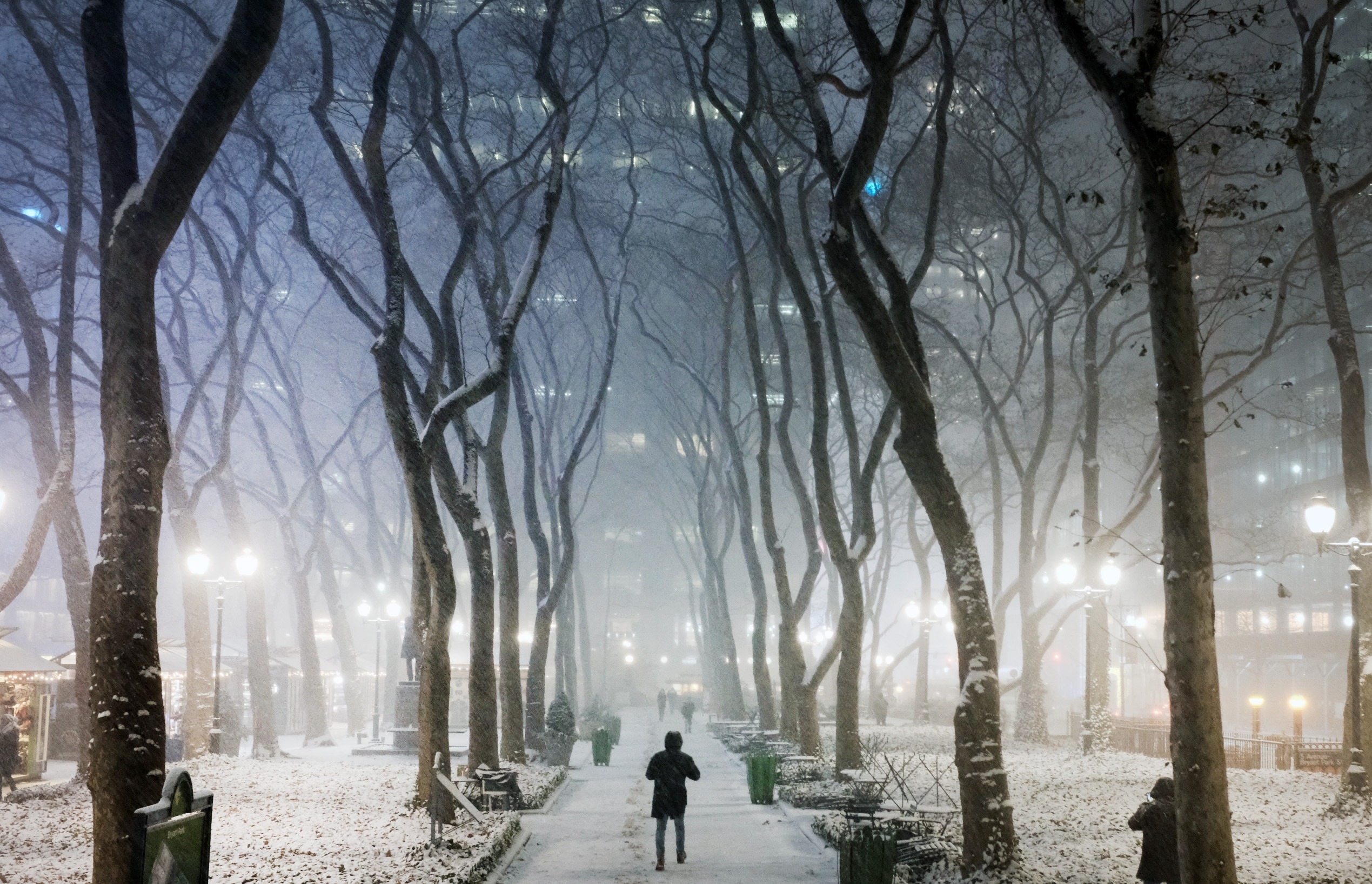 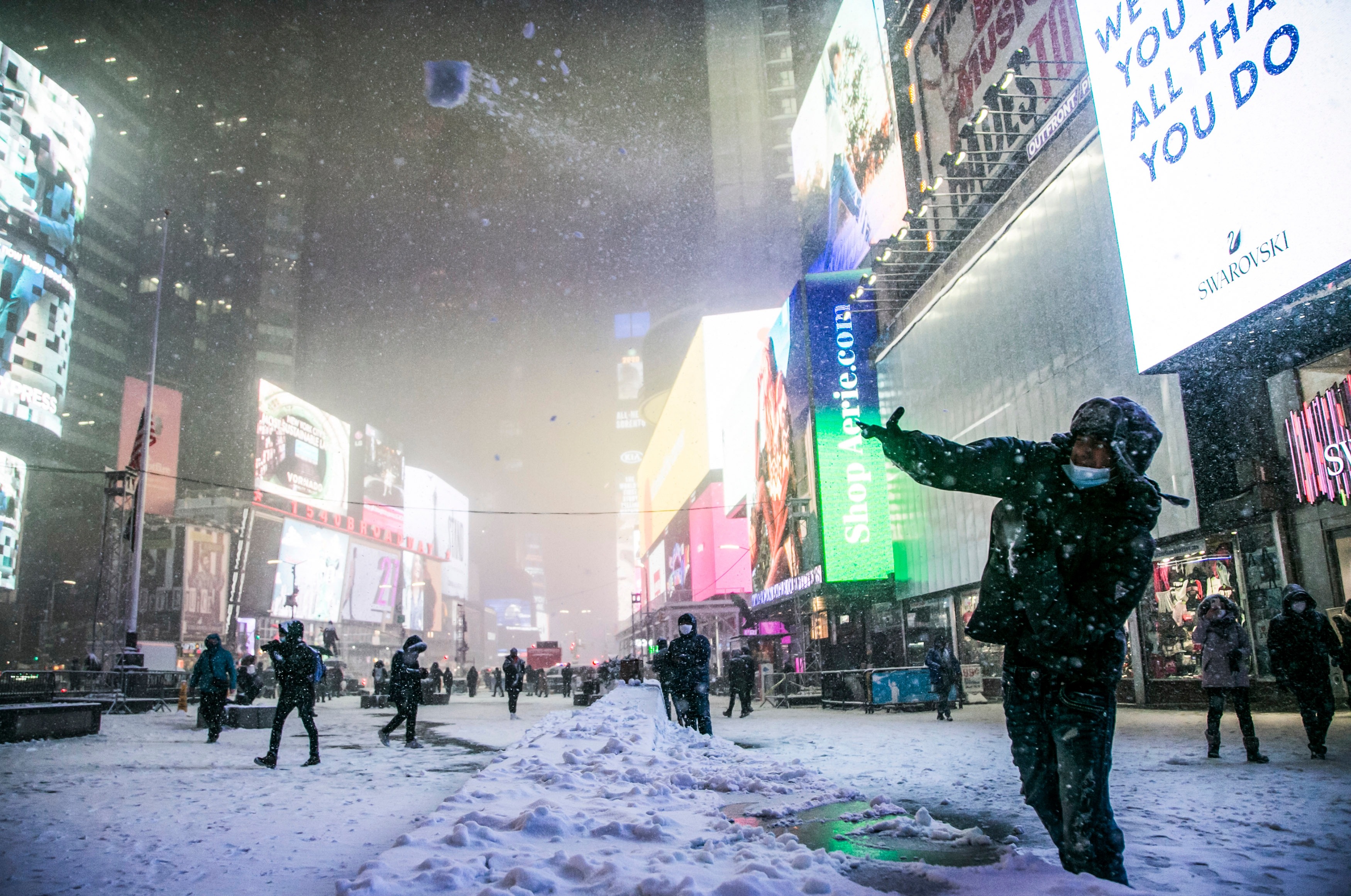 Winds of 25mph are expected to set in, not quite high enough to be classified as a blizzard Credit: Getty Images - Getty 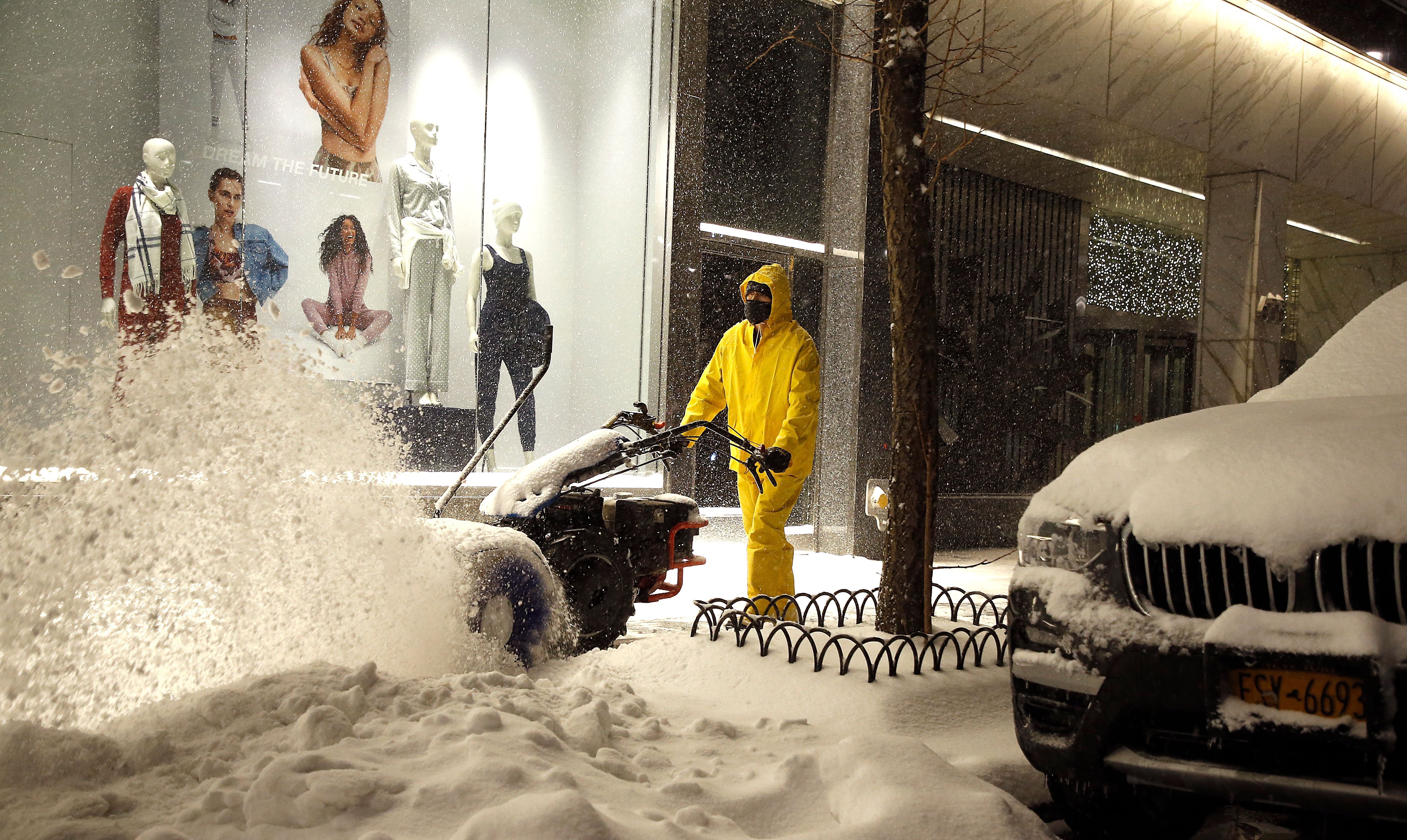 This man has his work cut out as he clears snow on the side walkCredit: Rex Features

Accuweather meteorologist Bill Deger has warned New Yorkers to take precaution whilst out and about.

"It will make for some treacherous travel,” Deger said.

Harsh winds of 25mph are to set in on Sunday and Monday - just five mph below what is considered a blizzard.

The temperature will stay in the low 20s by the polar vortex will make it feel more like low teens.

Snow is expected to kick in on Saturday afternoon for Chicago and move steadily east.

Hazardous weather warnings were up from the upper Midwest to the Northeast.

Recently big storm predictions haven't materialized, but Deger has warned that this one is one to pay attention to. 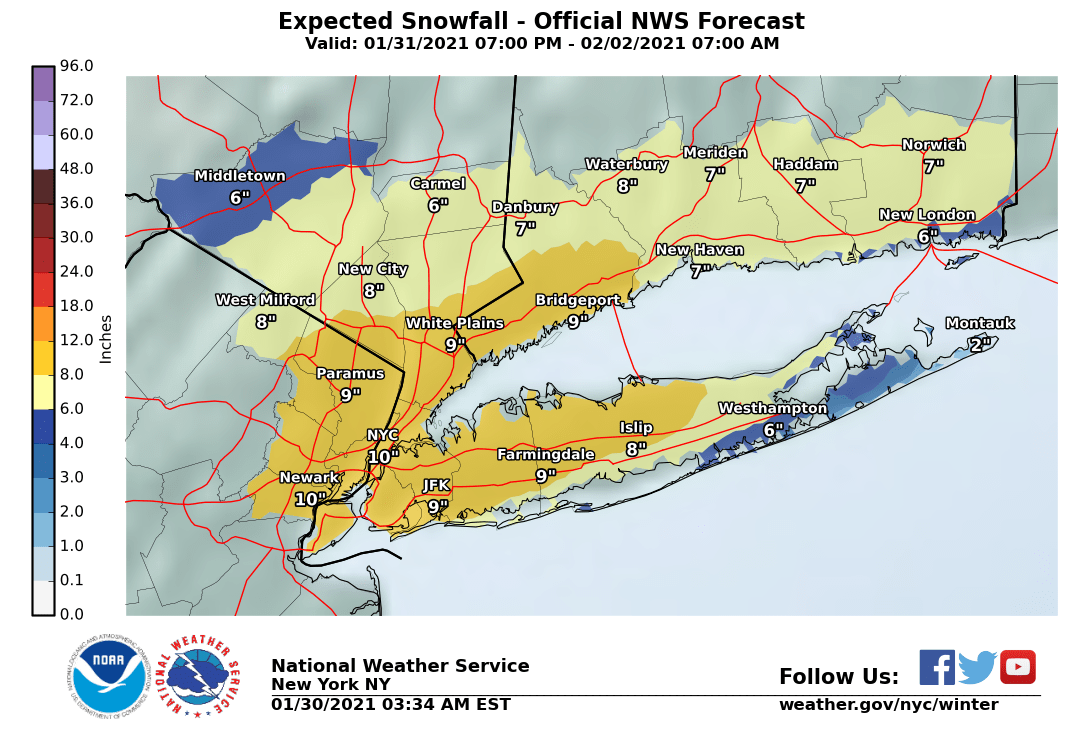 The National Weather Service has revealed the areas expected to be hit by severe weatherCredit: NWS

"This one looks to be more on the snowy side, because of all the cold air we have ahead of it,” he told New York Post.

Temperatures this morning were in the higher teens and expected to remain below freezing throughout the day.

On Sunday it is likely temperatures will stay in the 20s.

Slightly warmer air will arrive on Monday, resulting in some coastal areas like New Jersey and Long Island seeing sleet.

Hudson Valley and inland New Jersey are likely to see a few extra inches of snow.

Deger said: "But in the city, especially, and north, it may be an all-snow event."

This comes as storms caused a landslide in California, resulting in a massive crater on Highway One.

The landslide sent a big chunk of the road in Monterey County, about 15 miles south of Big Sur, tumbling into the Pacific Ocean earlier this week.

Heavy rainfall led the California Highway Patrol in Monterey to issue warnings to stay away from the area of Highway One on Thursday.

Officer John Yerace told ABC 7 that he noticed part of the road had been taken out by Thursday afternoon.

"Around 6pm [Thursday], the roadway still consisted of a northbound lane," Yerace said.

"Some time overnight, prior to 6.30 in the morning, we responded back to the scene with the assistance of Caltrans access and realized that the roadway is now gone," he said. 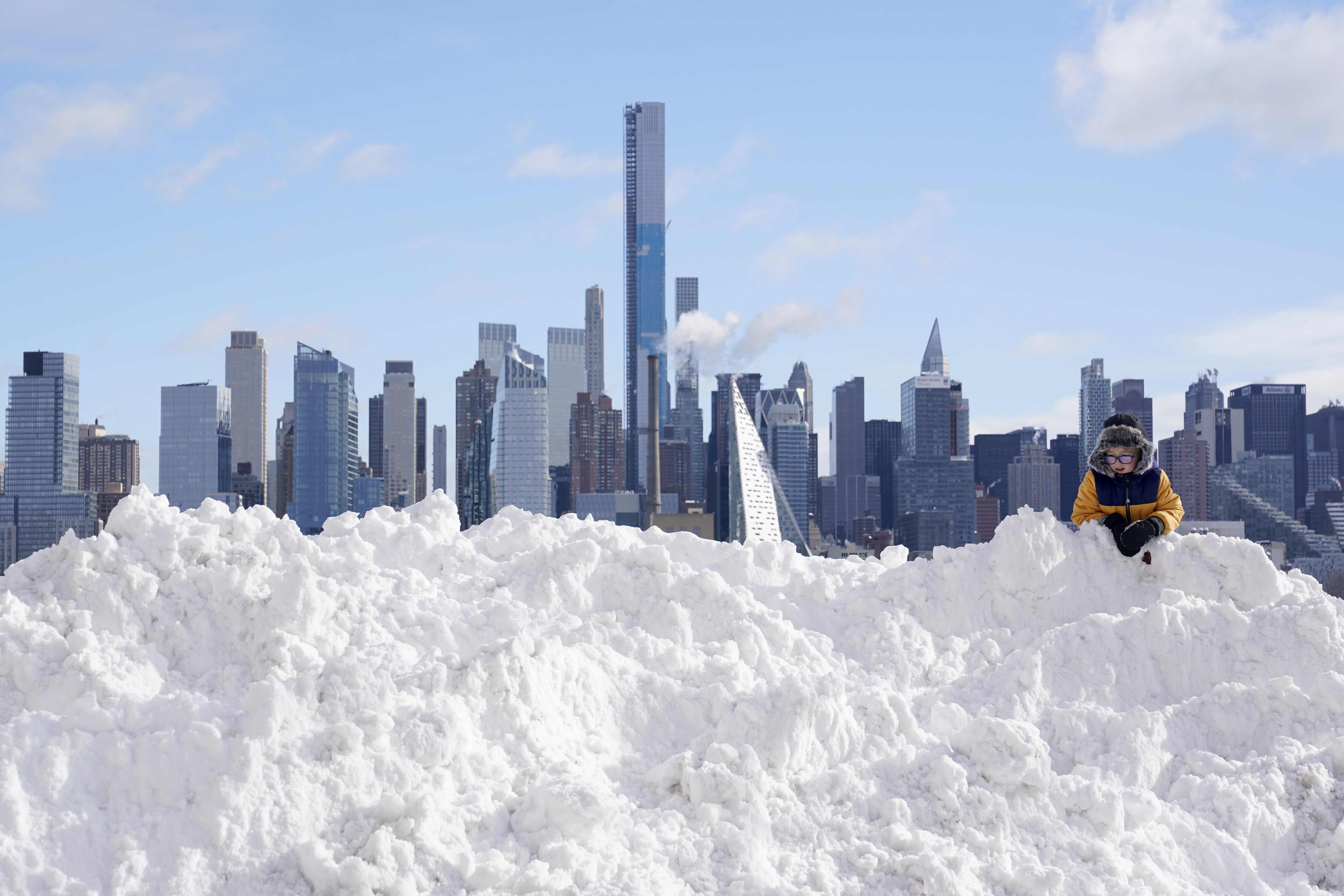 A child was pictured playing in the snow after heavy snowfall in December last yearCredit: AP:Associated Press 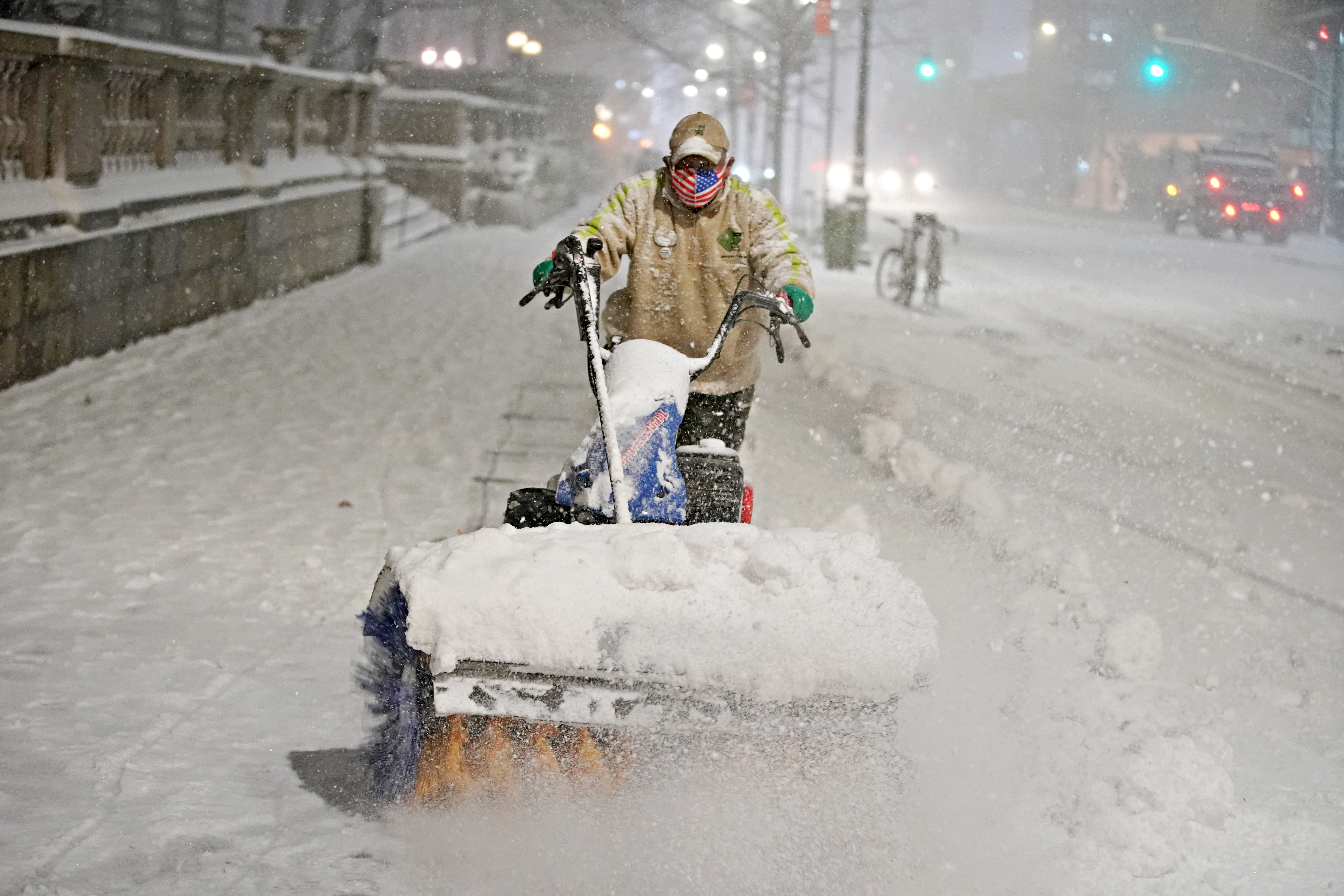