A ONCE-a-night pill could help stop your partner snoring for good, experts say. 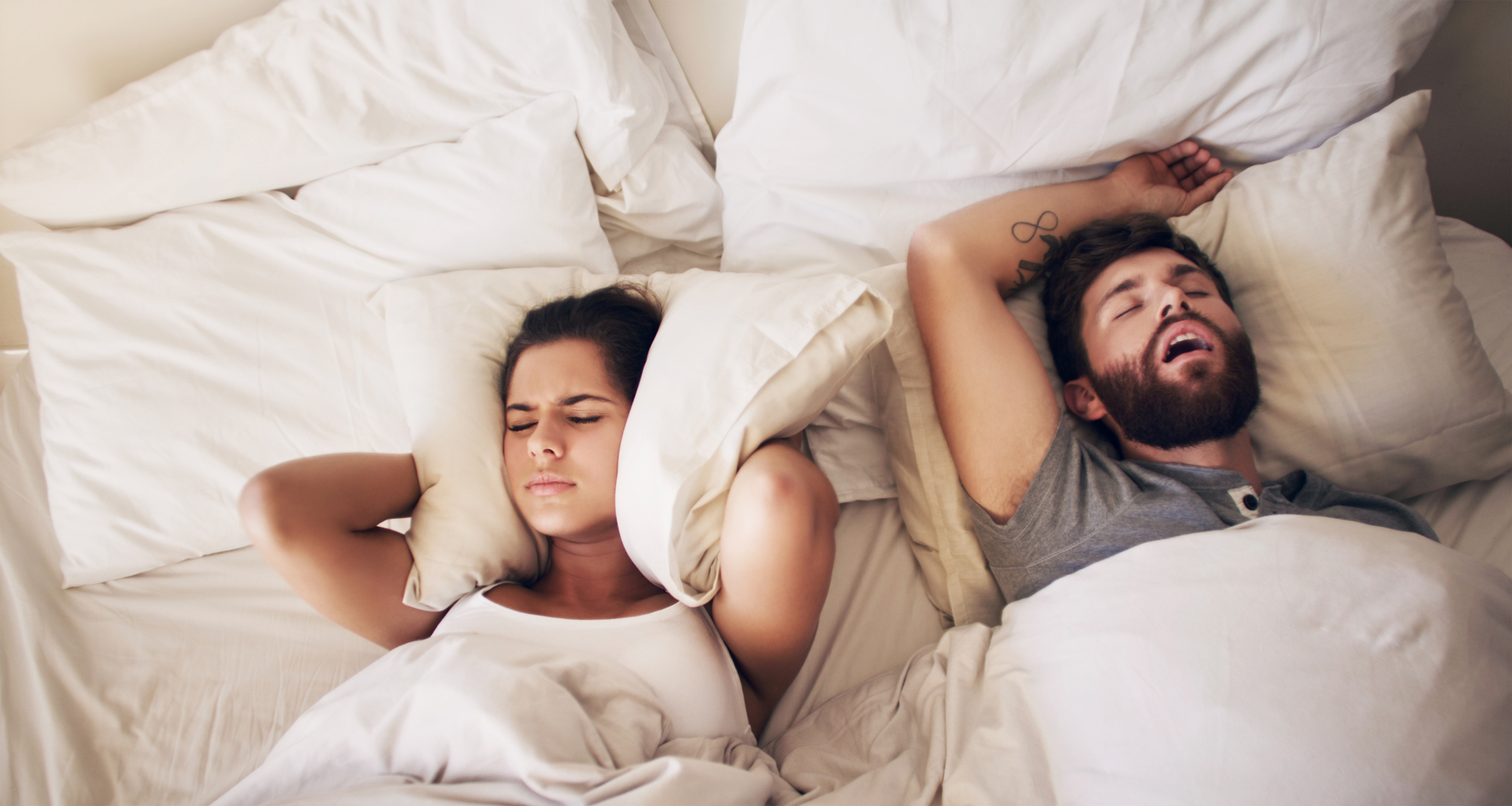 The condition causes the muscles in the throat relaxing and narrowing during sleep which can lead to heavy snoring and interrupted breathing.

US scientists who have developed the nightly capsule say that initial results from clinical trials suggest it can prevent this by up to 74 per cent.

It contains two medications which are already in common usage, according to the Daily Mail.

The first, atomoxetine, is widely used to treat attention deficit hyperactivity disorder (ADHD) in children and has been around for 20 years.

It works by increasing levels of a brain chemical called noradrenaline, which helps to improve concentration.

Experts believe it could also stimulate the release of cells that keep airways working and reduce the risk of them "collapsing" during sleep.

What is sleep apnoea?

Sleep apnoea causes breathing to repeatedly stop and re-start when you're asleep.

There are multiple different kinds of sleep apnoea, but the most common one is called obstructive sleep apnoea.

This is when throat muscles intermittently relax and block the airways when you're asleep.

Depending on the severity of the case, sometimes sleep apnoea may need to be treated with surgery.

If you notice yourself experiencing mood changes such as depression or irritability, or are having difficulty concentrating you might want to go and pay your GP a visit.

The second drug is oxybutynin, which is usually prescribed as a urinary incontinence treatment and works by limiting spasms in muscles that control the bladder.

For those with OSA, the experts say that oxybutynin could act in a similar way on the muscles controlling the tongue to hold it in place, rather than allowing it to block the throat and cause snoring.

A 2018 study by Brigham and Women's Hospital in Boston, MA, found that giving snorers both of the drugs slashed snoring in just one night.

Some patients went from having nearly 30 breathing interruptions an hour to just seven - a drop of 74 per cent, researchers say.

Their blood oxygen levels - vital for heart and brain function - also increased significantly as they were able to get more air into their lungs.

Now, US firm Apnimed has combined the two medicines into one pill and is carrying out clinical trials.

But the treatment can carry some risks - oxybutyin is known to cause stomach cramps, dry eyes and drowsiness, while atomoxetine has been linked with depression and suicidal thoughts.

Dr Neil Stanley, an independent sleep expert and a member of the British Sleep Society, told the Daily Mail: "These are interesting preliminary findings and the reduction in symptoms is very promising.

"But more research is needed to see if the effect is sustained."

Experts have long been trying to come up with ways to stop snorers and help people get a better night's sleep.

One is by using an oral device such as Snoreeze, which works by holding the jaw in the right position to keep the airway open and clear.

Snoring is caused by the soft tissue in your head and neck vibrating as you breathe in while sleeping The soft tissue it can affect includes nasal passages, the soft palate, the base of the tongue and the tonsils As you get your nightly rest, the airways in your neck and head relax and narrow, which increases the speed at which you breathe This also changes the air pressure in your airways, which in turn causes the soft tissue to vibrate, causing the snoring sound The vibrations that happen during snoring are thought to weaken blood vessels and muscles in the head and neck This further reduces the ability of the airways to keep open, meaning snoring is likely to be more frequently and even louder

This means the wearer can breathe easily, alleviating any snoring.

The devices are available for as little as £29.99 while the company's newest device, which is created from unique dental impressions, costs £200.

Richard Wiffen, director of Passion For Life Healthcare, said: "Using an oral device can offer an effective and long-term solution.

"Oral devices can also treat OSA - but you should talk to your GP first if you think you have this condition.”

Medics have also come up with another device that can be implanted into your chin to stop snoring.

It is a small U-shaped object, about the size of a thumb nail, that is placed into the skin under the chin during a 15-minute local anaesthetic.

The device provides a workout for the muscles around the tongue as it sends out impulses to active nerves and muscles to stop it collapsing during sleep.

Developed by Belgium-based Nyxoah, the implant has been approved for use in the UK following a recent trial which found that it brought major improvements in symptoms of OSA.