THIS is what all us advocates of Brexit never really saw coming – that the European Union would forever loathe and bitterly resent the first country that dared to leave.

We believed trade would conquer all. We thought common sense would prevail. 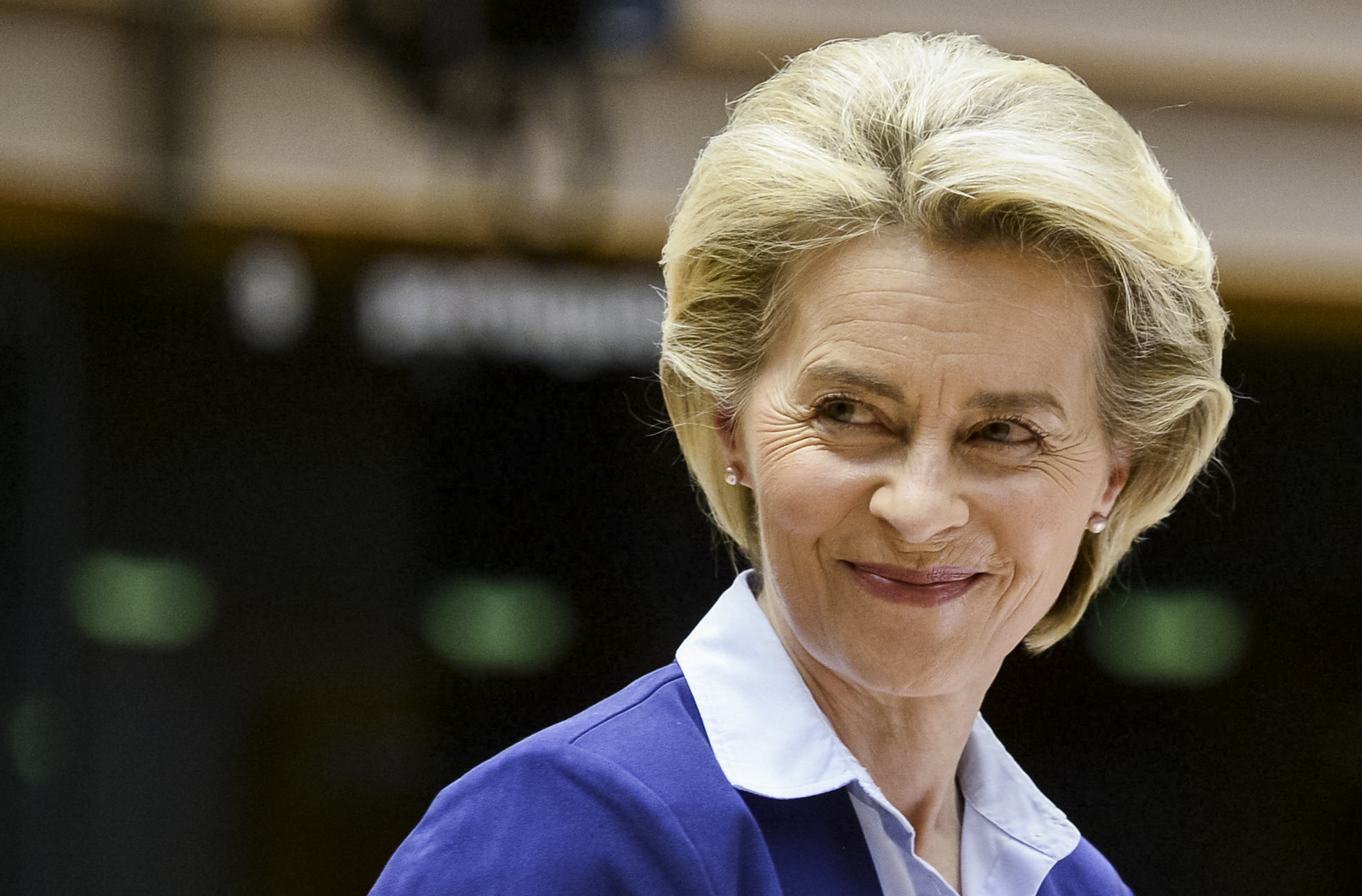 European Commission president, Ursula von der Leyen, continues to talk about EU vaccines being subject to an export ban when they are not and never have been 'EU vaccines'Credit: AFP 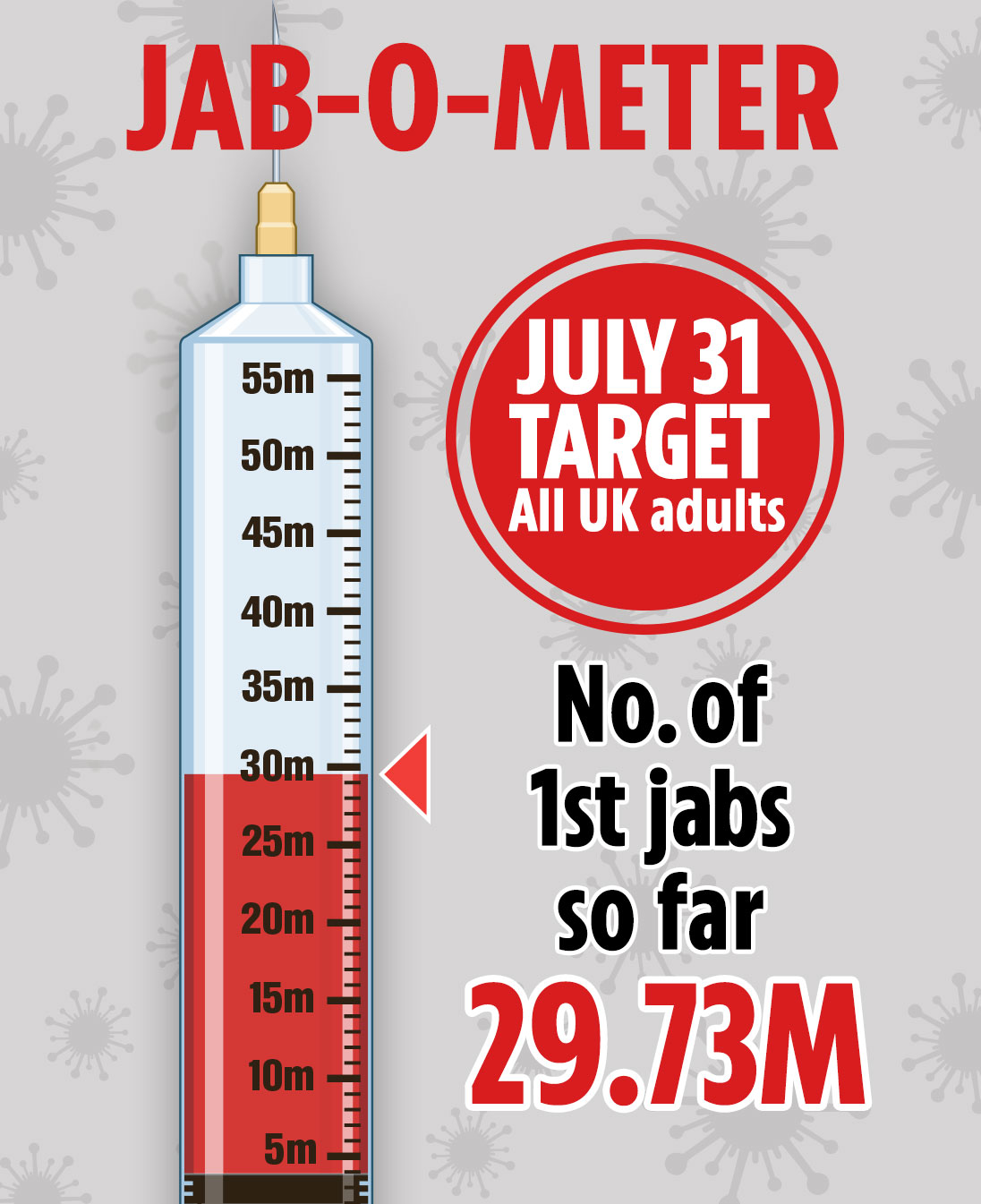 How the UK's jab rollout is racing ahead

We were dead wrong.

Boris Johnson likes to talk about “our friends in Europe”.

The EU will never be happy until the UK has been brought to heel. Enraged by the post-Brexit national ­triumph of our vaccination rollout and humiliated by their own inept vaccination failure, the EU acts as if they are our enemies, locked in a war with the UK that can only end in unconditional ­surrender.

The hostility has been there since we broke free.

At first there were petty micro-aggressions designed to show us what insolent fools we were for leaving.

The aggression swiftly ramped up. British exporters were — and still are — strangled in red tape. The Office for National Statistics reports that UK exports to the EU fell by more than 40 per cent in the first month of this year. 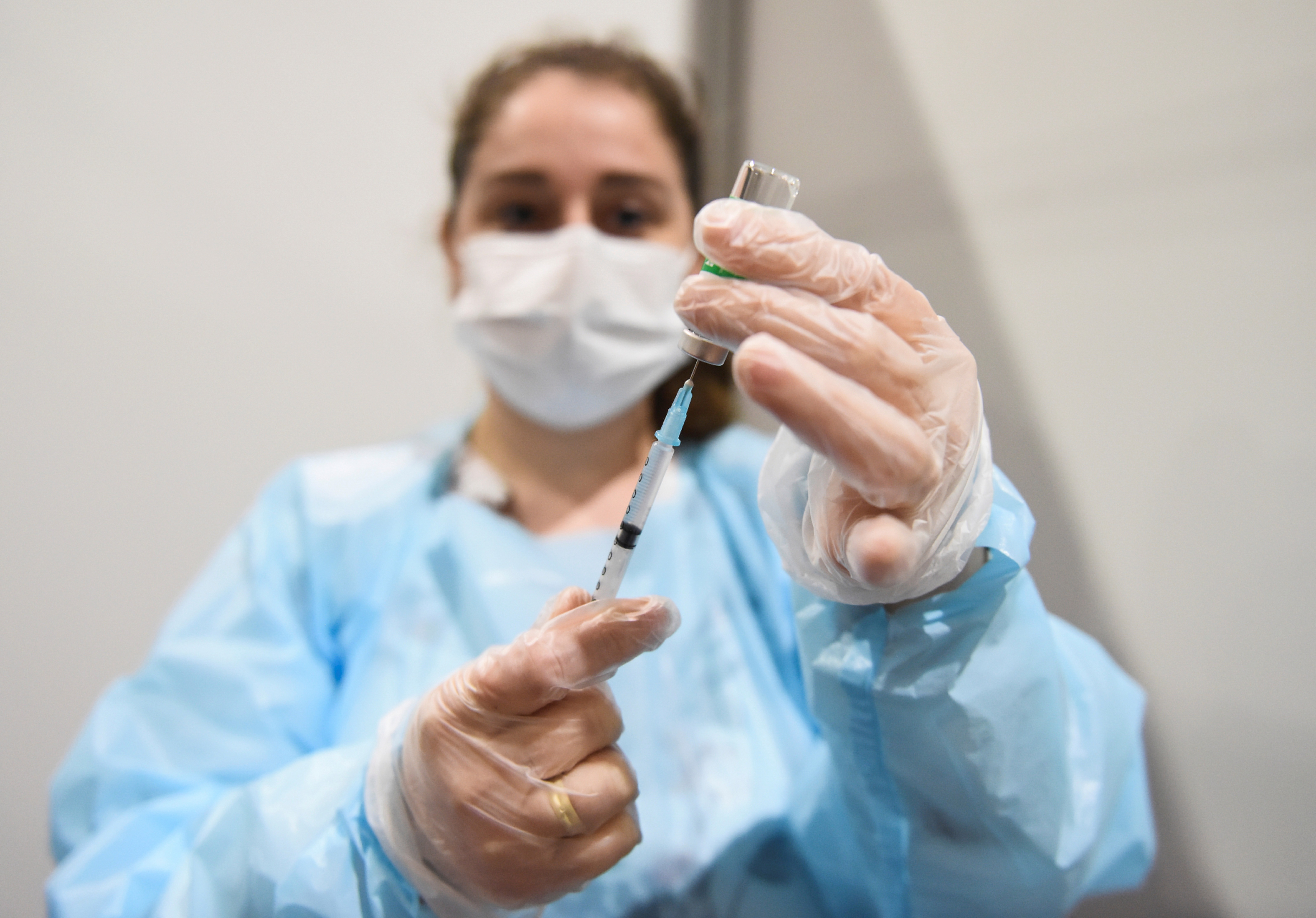 The UK invested in vaccinations early, massively and widelyCredit: Reuters 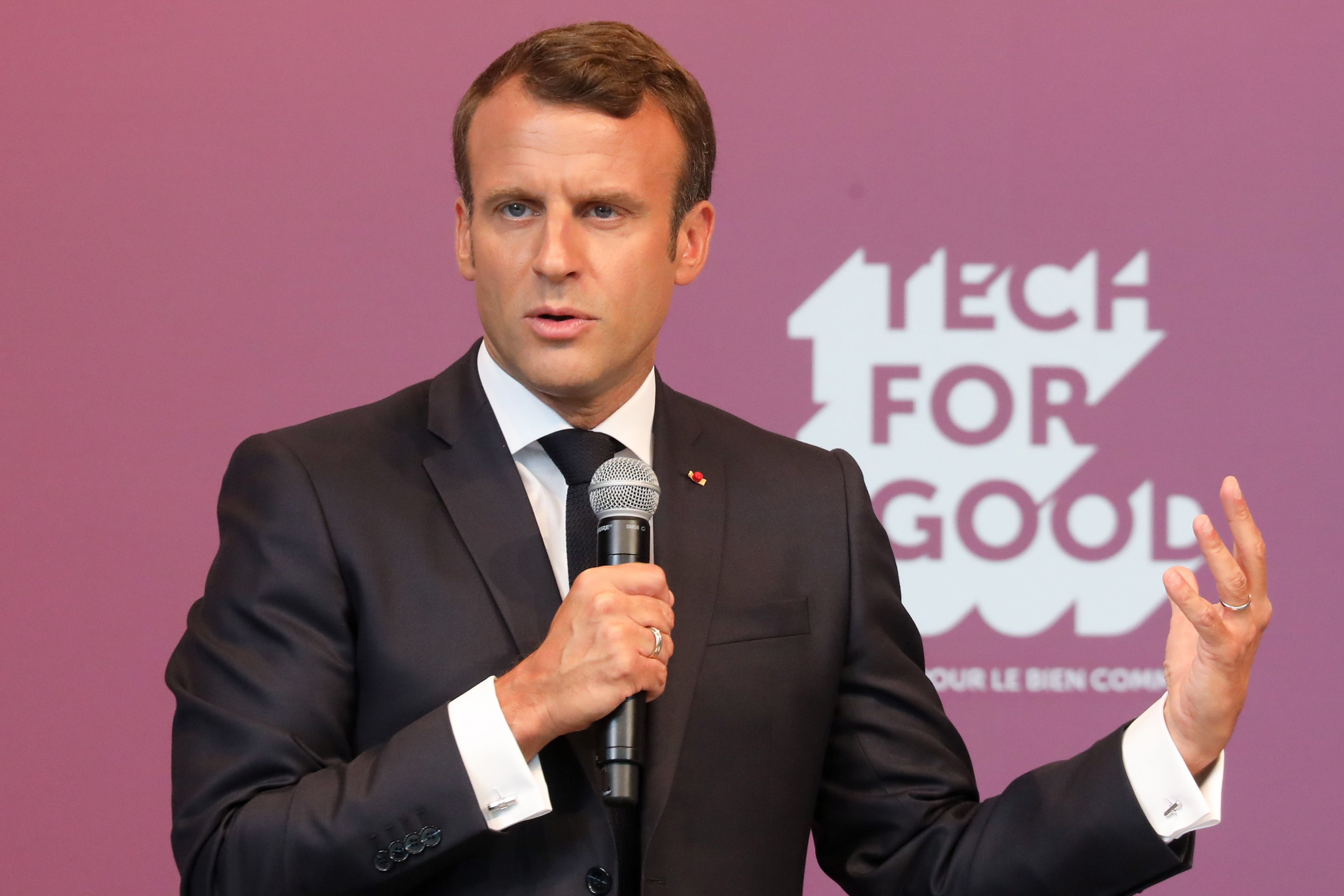 The EU loves the smell of rotting British seafood in the morning.

The EU’s antagonism became far more serious when, to block vaccine exports to the UK, it threatened to impose a hard border in Ireland, risking the fragile peace process without even consulting the Republic of Ireland — an allegedly cherished EU member.

Now the EU — the world centre of vaccine scepticism — wants to hinder and halt the British jabs rollout.

Do not be fooled by the EU stepping back from a full- scale vaccine blockade. Their language remains bellicose, their attitude is still toxic, their delusions off the scale.

The European Commission president, Ursula von der Leyen, continues to talk about “EU vaccines” being subject to an export ban when they are not and never have been “EU vaccines” simply because they were manufactured in the EU.

They belong to the country that bought them under contract, a concept that Ursula’s tiny brain cannot seem to grasp. 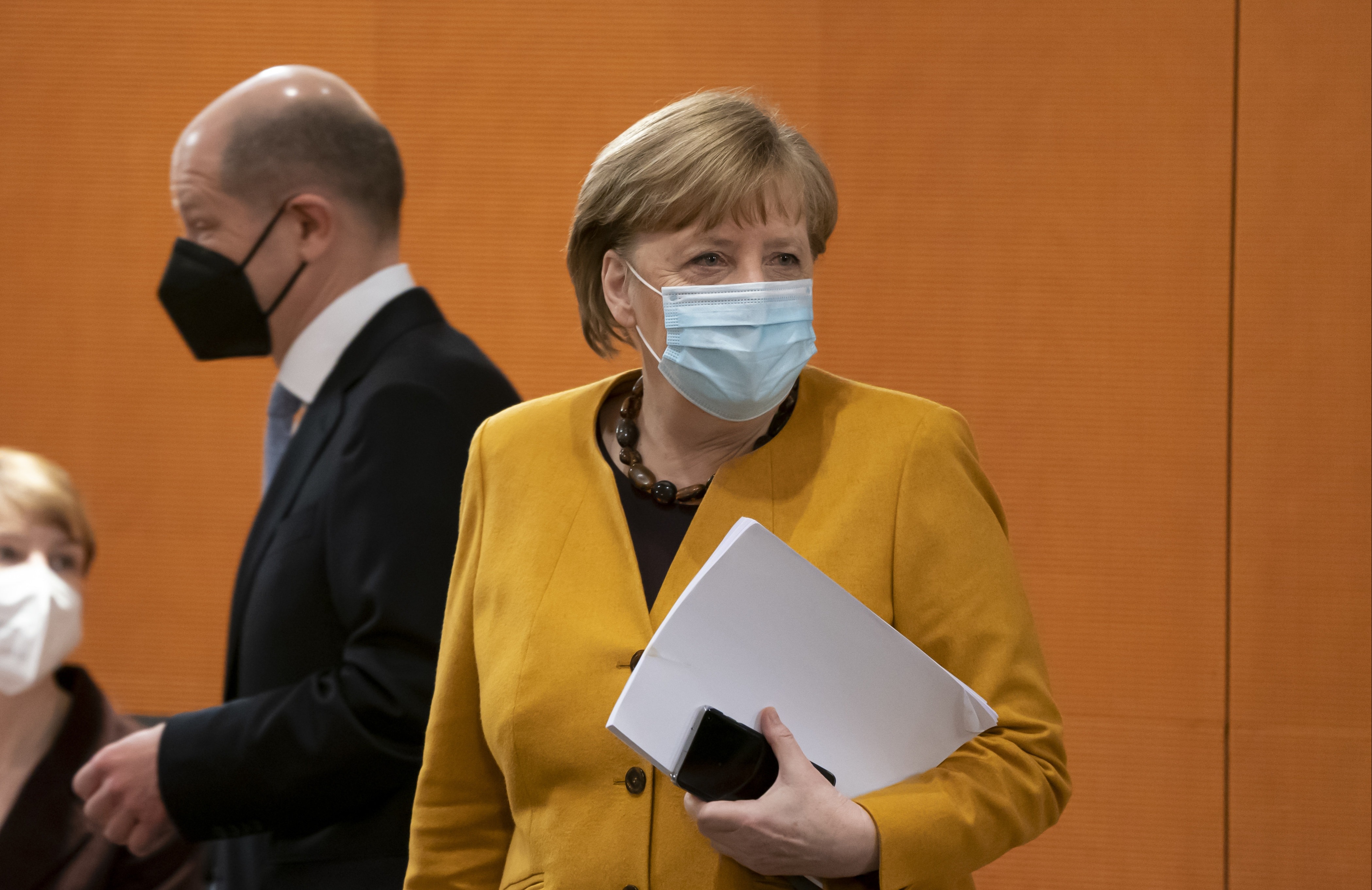 Friends? Do me a favour, Boris.

The UK invested in vaccinations early, massively and widely. The EU dicked about, dithered, counted its euros and cocked it all up at every turn.

Now our pals in Brussels care more about saving face than saving lives.

To deflect their voters from their own monumental mistakes, President Macron and Chancellor Merkel have openly smeared the cheap, effective British Oxford-AstraZeneca jab, which is being produced at cost by the manufacturer.

AstraZeneca deserves our endless thanks and a Nobel Prize for Science.

In Europe, AstraZeneca is slandered, demonised and attacked. 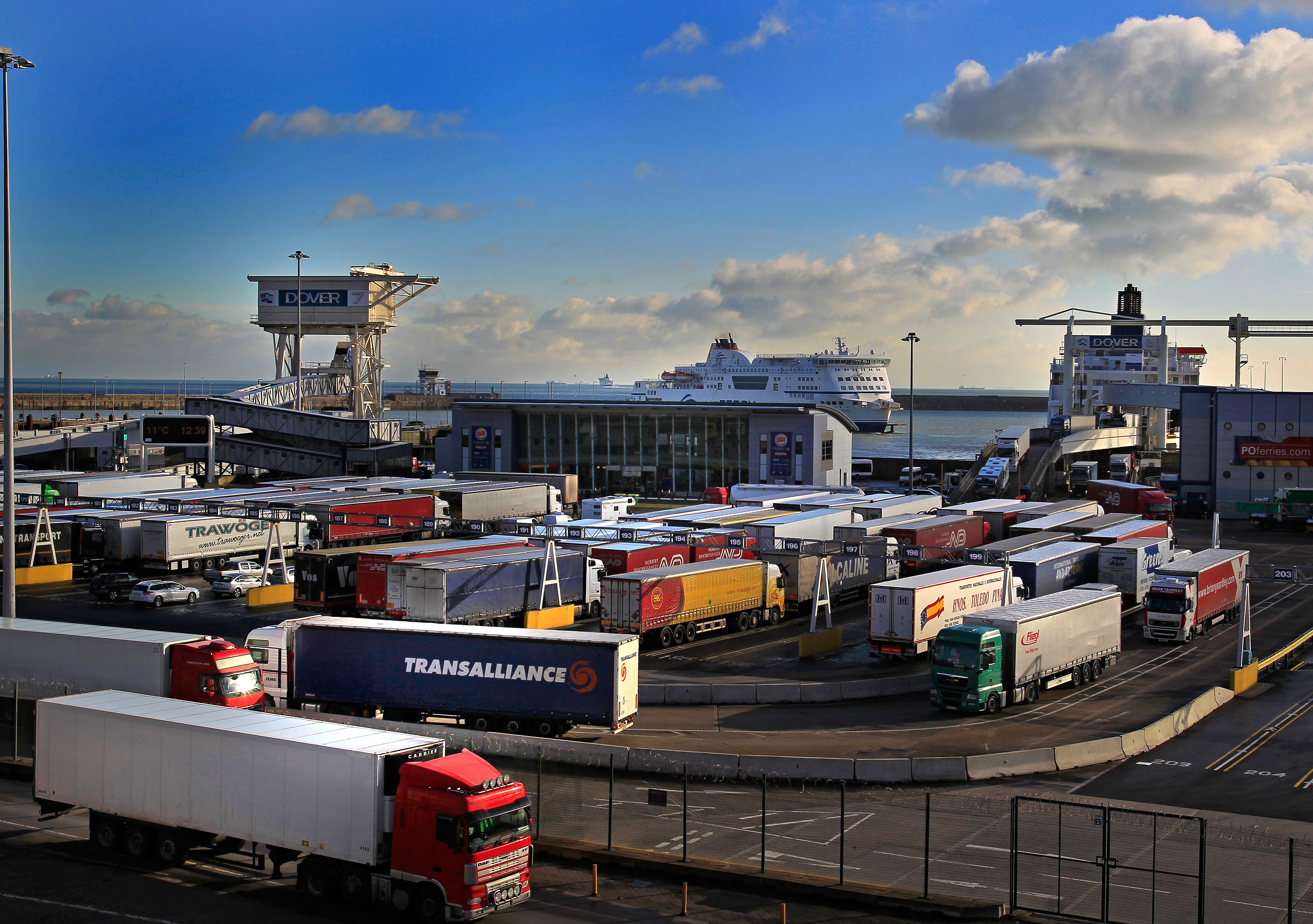 British exporters were — and still are — strangled in red tapeCredit: Alamy

There are currently nearly three million unused jabs in France and Germany.

What would be the point of shipping more Oxford-AstraZeneca vaccinations to our EU chums when their deranged leaders have made their people too scared to use them?

The success of the British vaccination rollout has enraged our mates in Europe.

Now the flailing, failing, floundering EU bureaucrats and the leaders of Europe’s largest nations treat the UK with a deranged rage.

The EU is a bunny boiler now. Thank God we got out 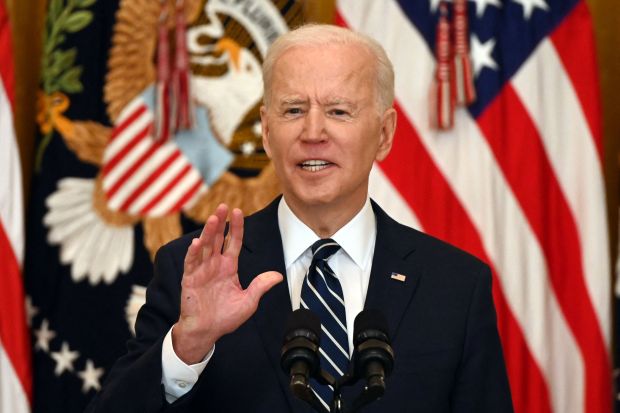 PRESIDENT Joe Biden boasts he is going to run for a second term. I would find that rather surprising.

Biden’s first press conference was painful to watch. My heart went out to Biden, 78, when he totally lost his train of thought in the middle of a sentence.

Alarm bells had rung earlier when Biden fell over three times crawling up the steps of Air Force One.

This is starting to feel unspeakably cruel.

President Biden will be history by Christmas. 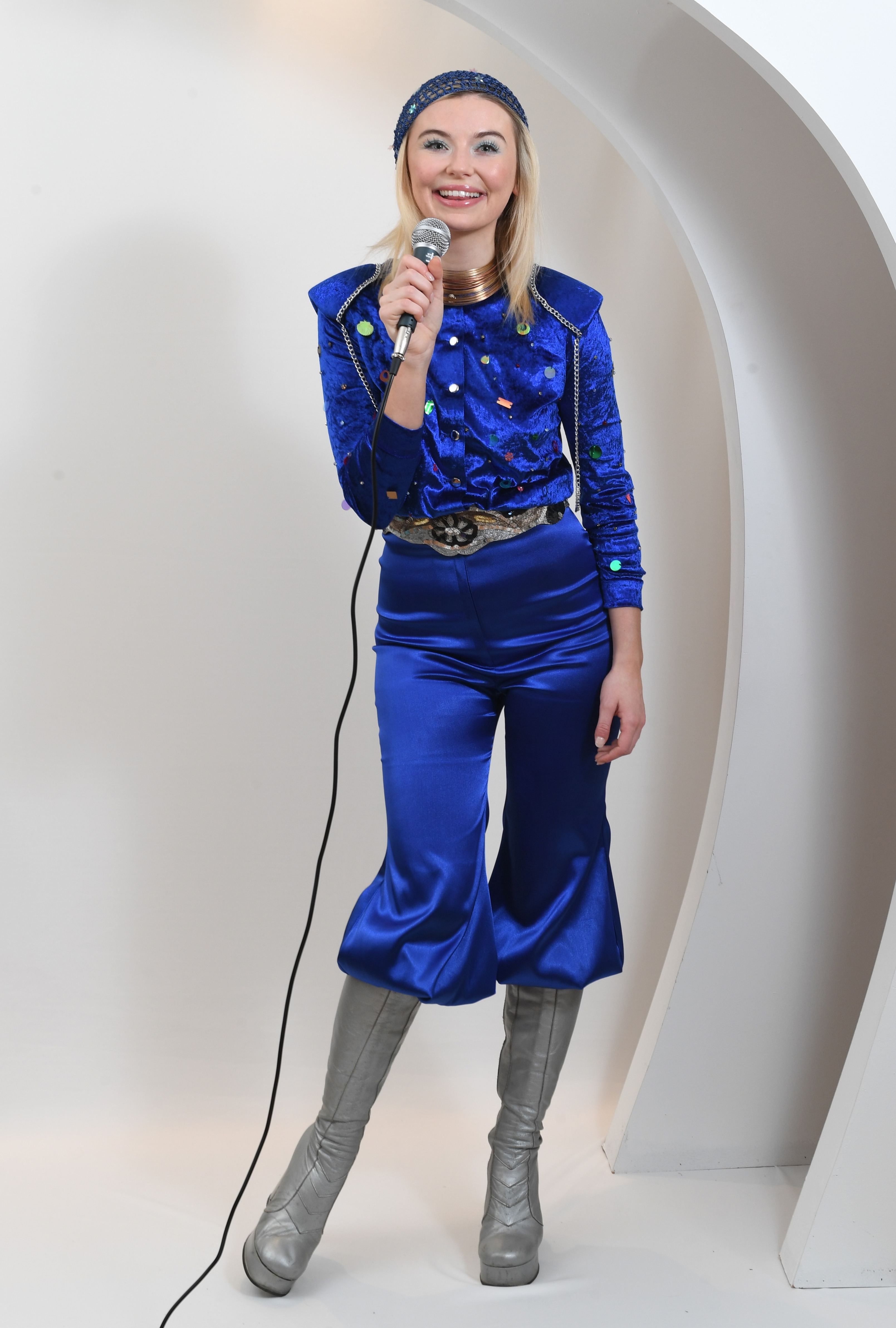 But Agnetha – the Debbie Harry of early-Seventies Scandinavia – is an impossible act to follow. 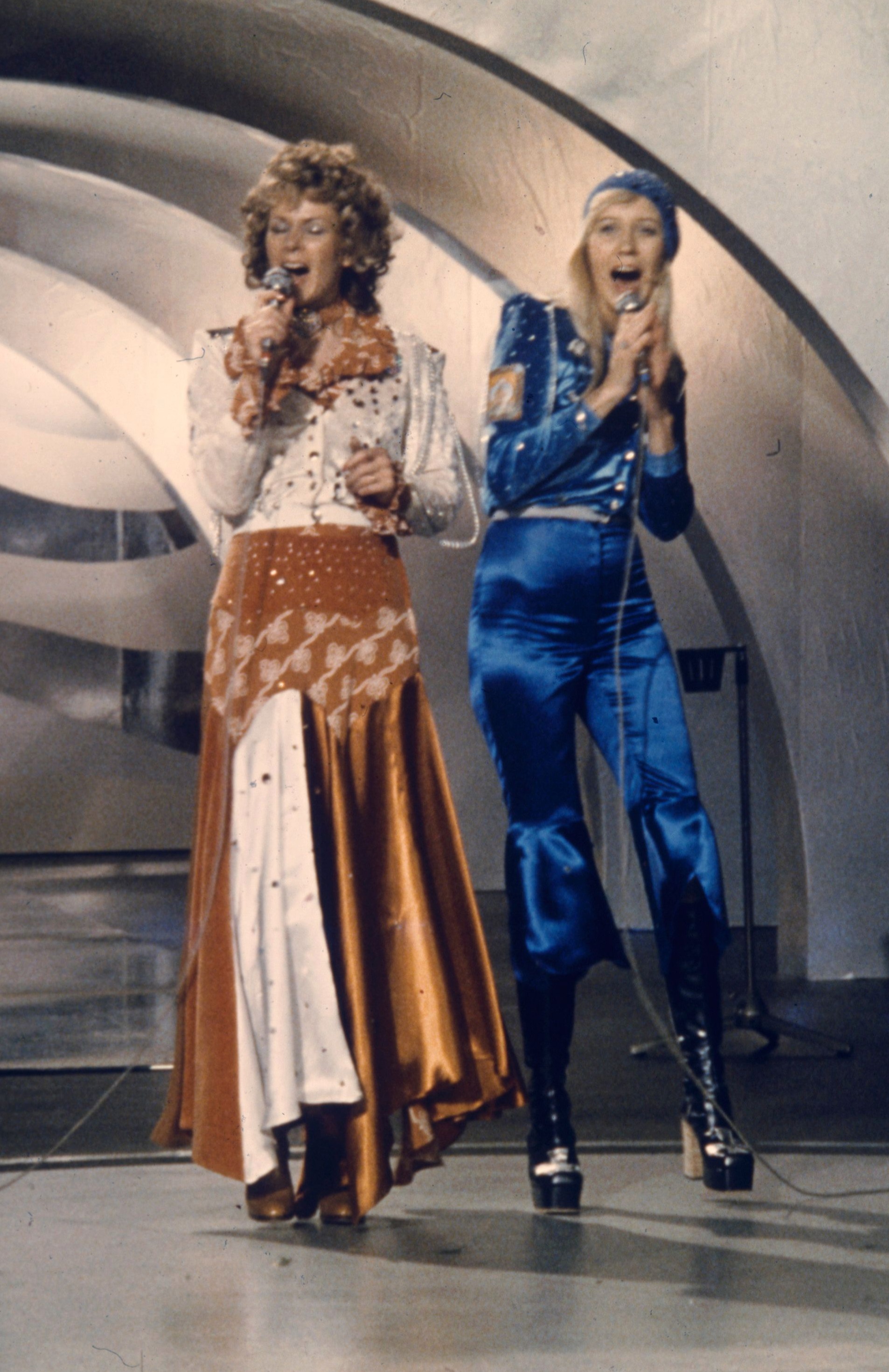 But Agnetha – the Debbie Harry of early-Seventies Scandinavia – is an impossible act to followCredit: AFP 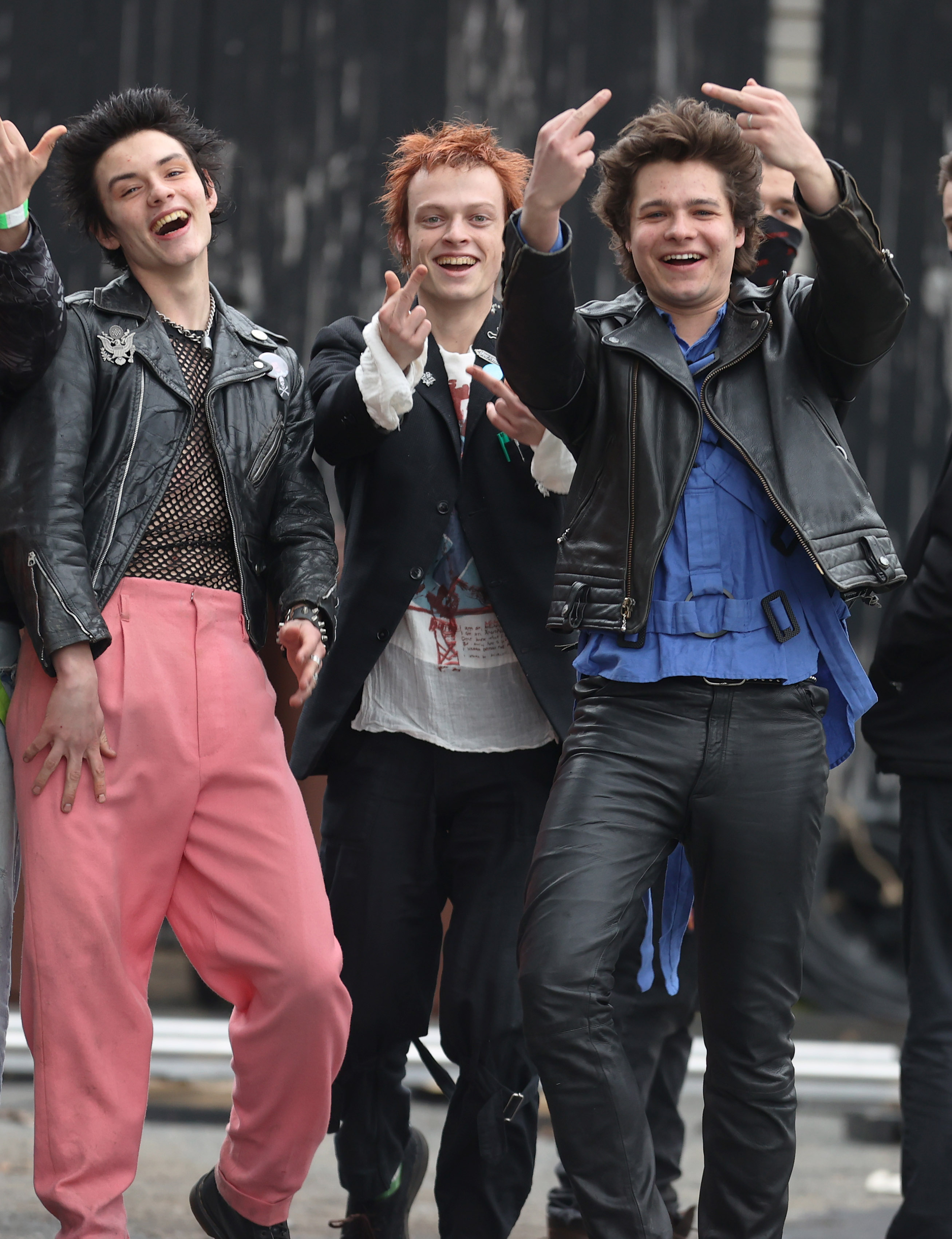 Now the Pistols are back in the news, squabbling in court about money, and the subjects of Danny Boyle’s punk costume drama based on guitarist Steve Jones’s biographyCredit: CLICK NEWS AND MEDIA

MY three years as a music journalist at the NME coincided with the rise and fall of the Sex Pistols.

I saw them play live on the first date of the Anarchy In The UK Tour in Leeds in 1976. I was there at the first gig they did with Sid Vicious, in the middle of the night at the Screen On The Green cinema after the monumentally stupid act of booting out Glen Matlock (a bit like the Beatles kicking out Lennon and McCartney).

And I was there on Jubilee Day 1977 when their boat trip down the Thames was violently broken up by the boys in blue. Happy days.

Now the Pistols are back in the news, squabbling in court about money, and the subjects of Danny Boyle’s punk costume drama based on guitarist Steve Jones’s biography.

I will give it a try – because it’s the Sex Pistols, because Steve always conducted himself like the male lead in a Carry On film, and because it’s Danny Boyle.

But these fresh-faced actors look absolutely nothing like the Sex Pistols.

Perfect skin, perfect teeth and – in the case of the Steve Jones character – a trifle on the heavy side.

The Sex Pistols had a swaggering, debauched charisma.

They always looked like they had been up all night, and perhaps for a few nights in a row.

Danny Boyle’s Sex Pistols look like they just got back from a health spa mini-break.

AFTER a week when the big beasts of the SNP were fighting like Nats in a sack, canny Nicola Sturgeon came out smelling of heather.

Sturgeon has promised to give Scottish NHS workers a four per cent pay rise, making Scotland, “a land fit for NHS heroes”. 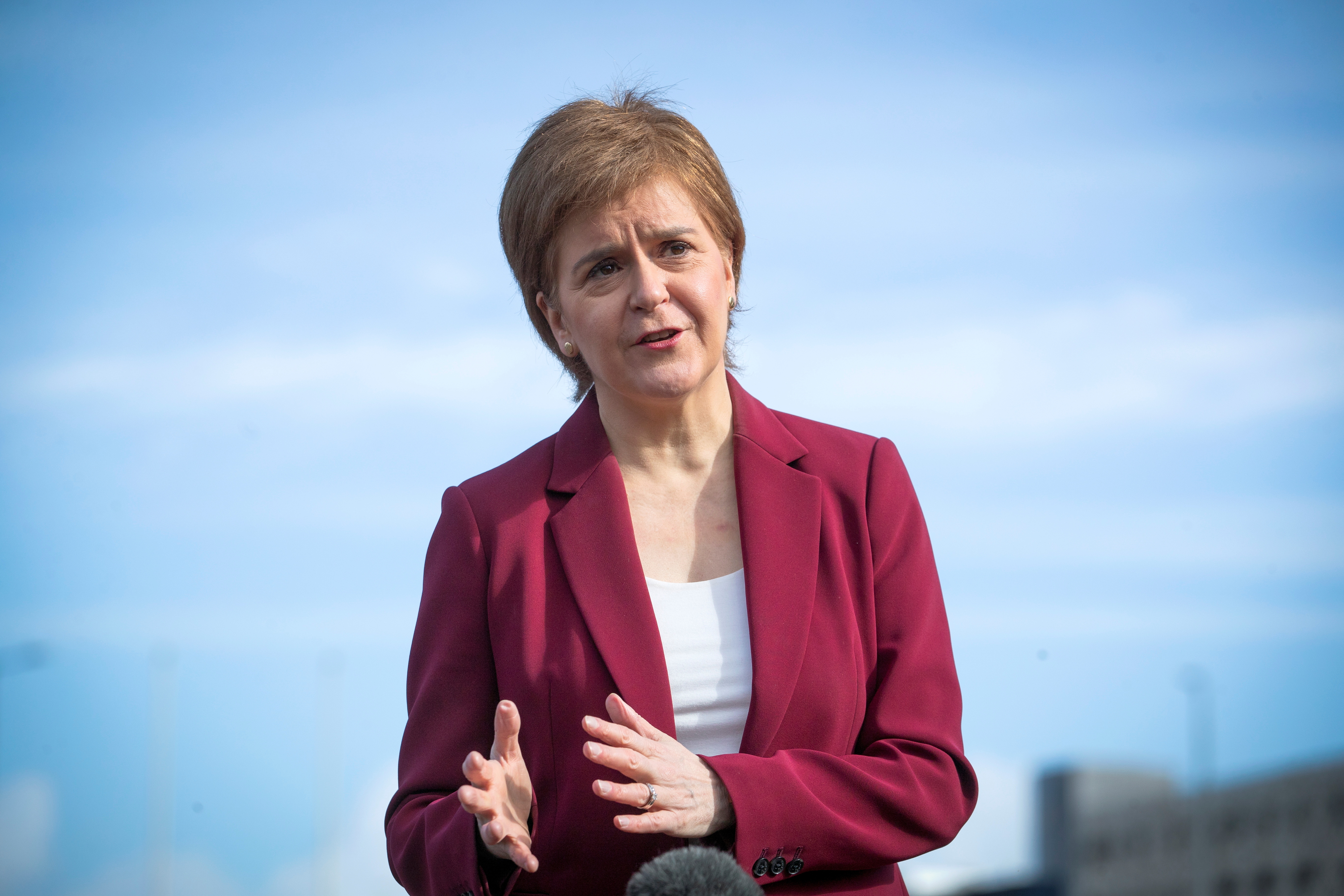 It is lucky for Nicola she has money from British taxpayers to chuck aroundCredit: Reuters

Meanwhile, the wicked English are only giving their NHS workers a one per cent pay rise.

Sturgeon has wrong-footed London once again.

It is lucky for Nicola she has funds from Westminster to chuck around. 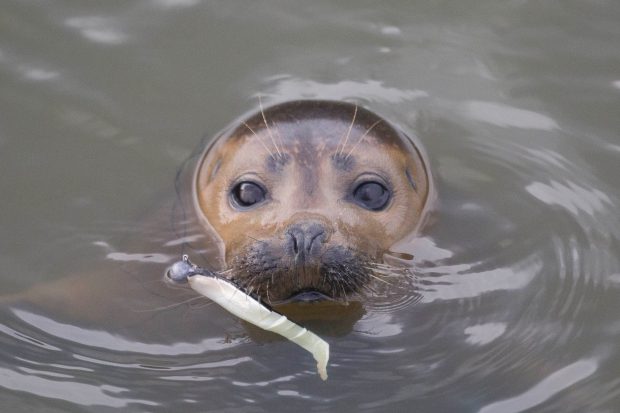 REBECCA SABBEN-CLARE is the owner of the dog that mauled Freddie the seal, which later had to be put down. She says she is heartbroken by the incident.

I do not doubt it. But the leading barrister is fortunate that neither the RSPCA nor the police will be prosecuting her, saying she committed no offence.

I wonder if the QC would have got off so lightly if she was a young man from a council estate with a dog called Tyson.

SHARON STONE crossed her legs and became a superstar. Stone has always been a terrific actress – I loved her as Arnold Schwarzenegger’s scheming wife in Total Recall, years before she made Michael Douglas’s detective jaw drop.

But it was that revealing moment in Basic Instinct that turned her into Hollywood royalty. 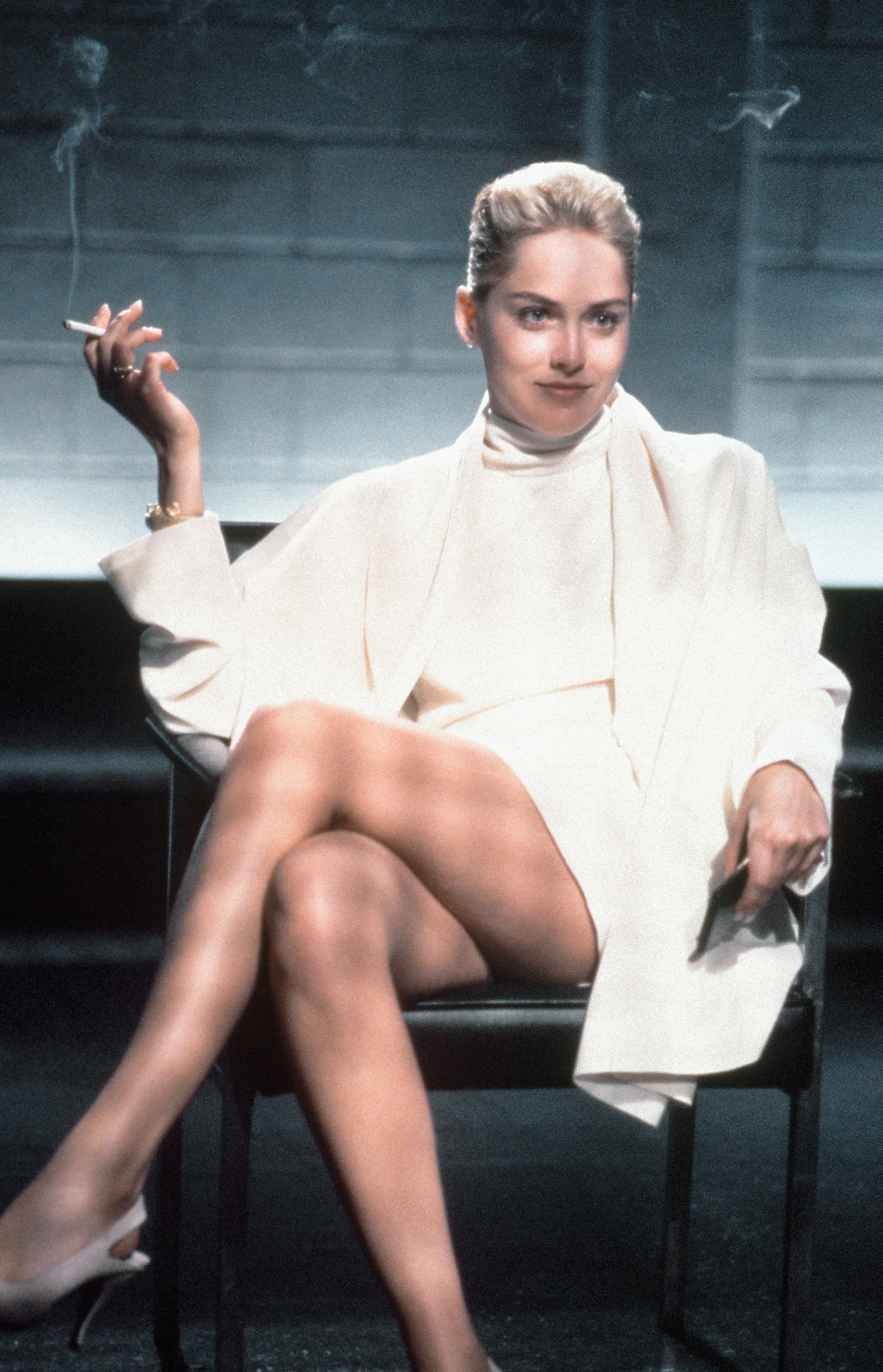 Sharon crossed her legs and became a superstarCredit: Rex Features

In her new memoir, The Beauty Of Living Twice, Stone writes that she was promised by Basic Instinct’s director Paul Verhoeven that nobody would see a thing in the final cut.

So imagine her shock when she discovered that audiences could see, in Sharon’s vivid description, “all the way to Nebraska”.

Stone had a stroke in 2001 when she was in her early forties and spent years in recovery, battling major health issues, money worries and a collapsing marriage – along with all the pressure of being a former sex symbol who was growing older.

“If I had one more thing go wrong,” she says, “I’d have been a country and western song.”

Most actors are lost without a script.

Sharon Stone is always an improvement.

NO CONTEST FOR JEN 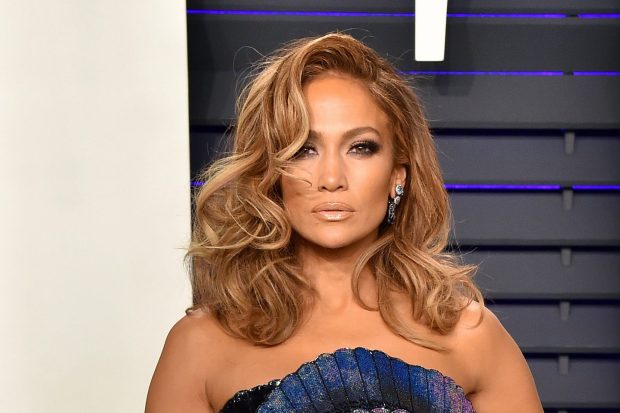 JENNIFER LOPEZ, 51, has been voted the celebrity looking the most fabulous over the age of 40.

But what singer or reality TV star under the age of 40 looks better? Nobody springs to mind.

They should call J-Lo, left, the celebrity looking most fabulous.

I would have thought Giovanni’s best chance of finding true love again is the next series of Strictly.

PRINCE HARRY’S latest job will have him investigating the propagation of fake news. Important work.

How much else was something less than the truth?Credit: CBS

Harry could start with that Oprah Winfrey interview that did so much damage to the monarchy, his family and our nation.

Oprah had not even left the free range chicken coop when Meghan simpered that she had been secretly married to Harry by the Archbishop of Canterbury in their back garden three days before that £32million wedding.

“Three days before our wedding, we got married,” Meghan alleged. “No one knows that.” But a copy of the wedding certificate proves they were married in St George’s Chapel at Windsor Castle on May 19, 2018. Fake news then.

More than 17million Americans and 11million Brits watched the Oprah interview. Most of them would have thought every word they heard was true.

Now we learn Meghan’s line about the wedding was fake news. How much else was something less than the truth?