‘Out of control’ mutant strain of Covid reaches Ireland, France and Japan after being found in Kent

THE NEW strain of Covid-19 has spread to countries across Europe and Asia after first being detected in Kent.

Countries including France, Japan, Italy, Sweden, the Netherlands and Australia have all confirmed cases of the mutant strain first found in the UK in September. 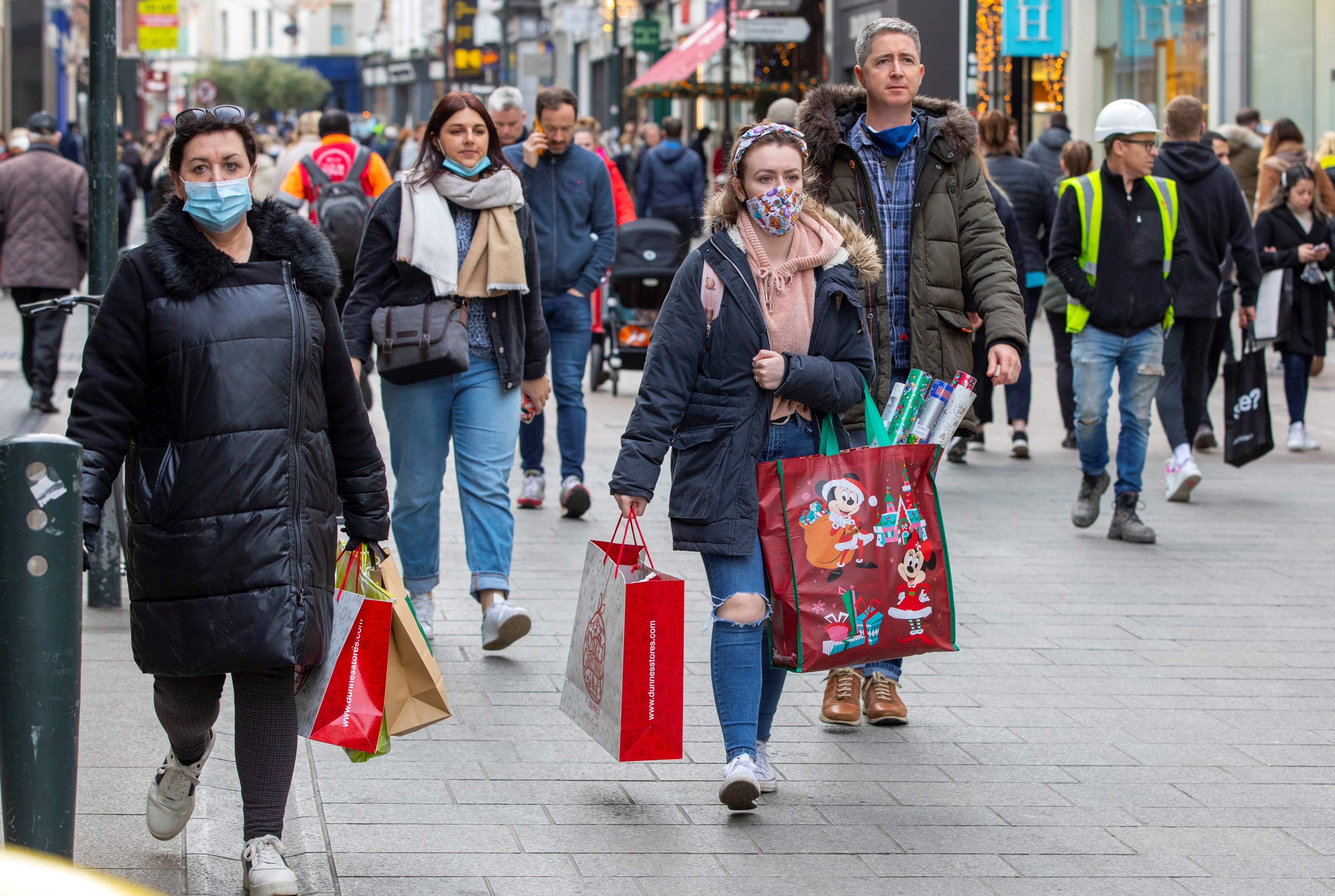 The new strain has been detected in Ireland, France, Japan and countries across Europe. Pictured: Shoppers take to the streets of Dublin ahead of the festive periodCredit: AFP or licensors 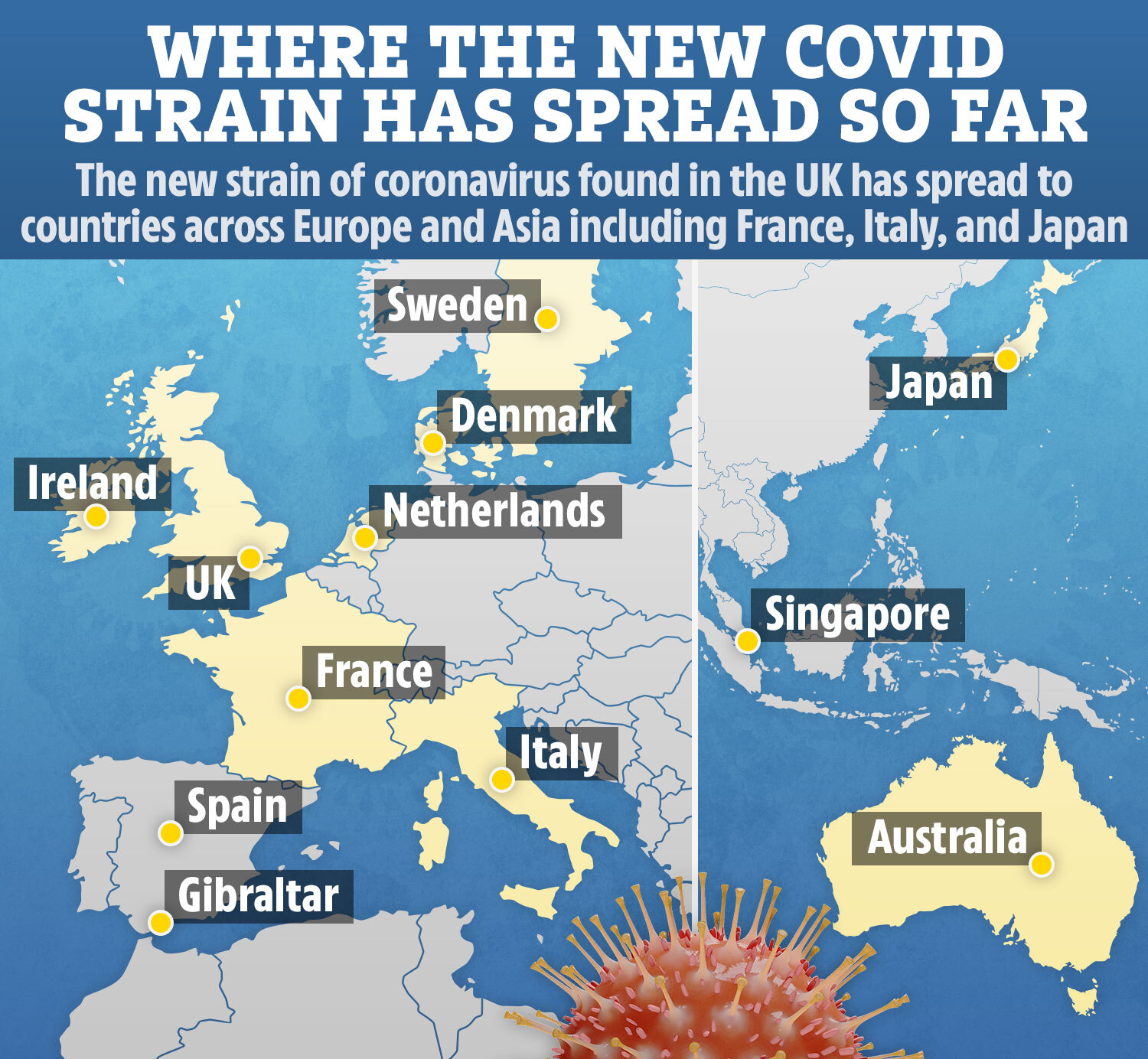 The UK government announced the rapid spread of the new variant last week and brought in harsh Tier 4 measures in a bid to stop transmissions.

Health Secretary Matt Hancock warned the mutant strain was "out of control" as the latest strain may spread up to 70 per cent faster.

But now countries across the world have detected the mutant strain - despite tough travel restrictions being slapped on Brits by dozens of countries.

France today confirmed its first case of the new variant in an asymptomatic traveller who arrived from London on December 19.

The French health ministry said the person was a French citizen in town of Tours, and that the patient is currently self-isolating at home.

All five patients are quarantining, according to local media, and officials are looking into how the mutant strain entered the country.

SAGE Professor Neil Ferguson said this week that the mutation is “almost certainly” in a “great majority” of European countries, with Italy, the Netherlands, Denmark and Gibraltar all confirming cases. 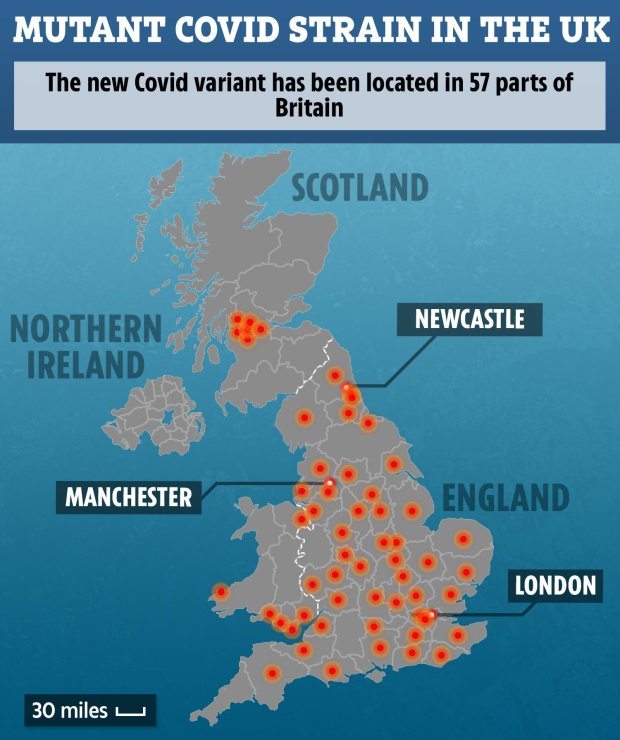 Dr Holohan said in a statement: "I can confirm that we have detected the new UK variant of SARS-CoV-2 by whole genome sequencing at the National Virus Reference Laboratory' in University College Dublin.

"Further testing in the coming days and weeks will establish the extent to which it is present here.

"In the meantime, it is vitally important that we each stay at home, avoid social contact and avoid all forms of non-essential travel."

The samples tested were from last weekend meaning that the virus was likely to have been acquired around December 12-14.

Ireland has extended a travel ban stopping all flights and passenger ferry journeys arriving in from the UK until December 31.

And in Britain, the new mutant Covid strain has been detected in 57 locations, sparking tough new Tier 4 restrictions in areas across the UK.

The rapid rise in the mutant variant has seen a surge in Covid-19 cases and hospitalisations - with the Health Secretary saying it was spreading at a "dangerous rate".

Authorities have said the new variant is 70 per cent more infectious than the previous strain.

In a graphic released by the government, the new variant can be seen to be responsible for a growing number of people testing positive for coronavirus.

In mid-November, the new strain accounted for 0.2 per cent of those testing positive for coronavirus - growing to 0.7 per cent by mid-December.

Meanwhile the initial strain has started to decrease.

Cases are up 57 per cent across the UK in just a week, thanks to the increased spread, while hospital admissions have soared.

The new strain's scientific name is VUI 2020/01, with VUI standing for Variant Under Investigation.

Oxfordshire, Suffolk, Norfolk and Cambridgeshire have been put into even tighter restrictions as a result of the mutant Covid strain - as Mr Hancock also announced an even MORE infectious new South African strain has been found in the UK.

Bristol, Gloucestershire, Somerset and Northamptonshire went into Tier 3 too, and Cornwall and Hereforshire were bumped up from Tier 1 to 2.

An additional six million people went into Tier 4 of the Government's Covid-19 restrictions from Boxing Day.

This means a total of 24 million people will now be in Tier 4, or 43 per cent of the population of England.

Covid’s altered our world for ever... at least Brexit brought a little light

Covid has killed 16 prison staff and 2,000 are off sick with the virus

And Mr Hancock announced two cases have been detected of another new strain of the coronavirus in the UK.

He said: "Both are contacts of cases who have travelled from South Africa over the past few weeks."

He added: "We are incredibly grateful to the South African government for the rigour of their science and the openness and the transparency with which they have rightly acted as we did when we discovered a new variant here." 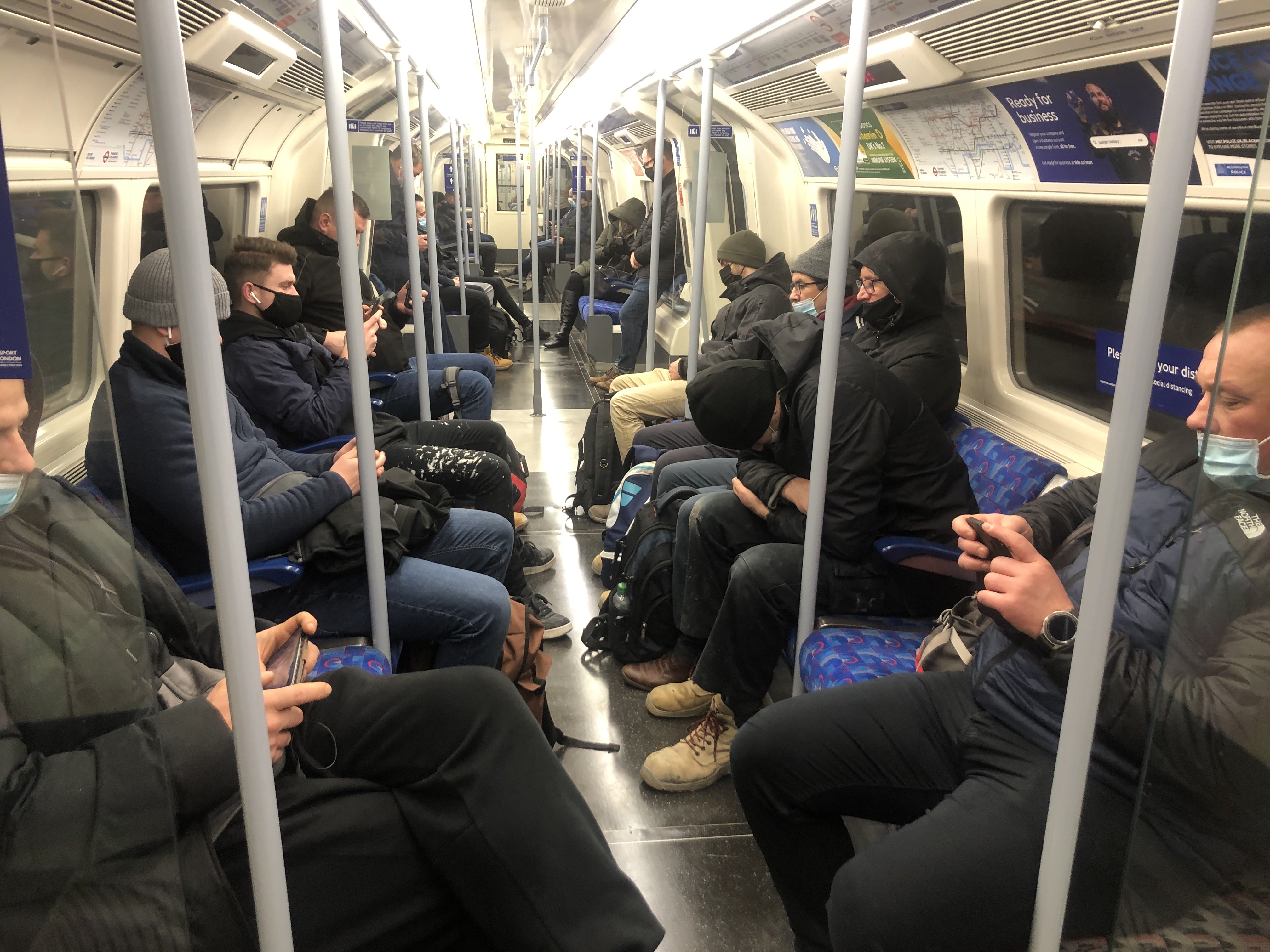 London has gone into Tier 4 due to the sharp rise in cases due to the new mutant strain of Covid-19Credit: / BEEM