AN Asian American Army veteran removed his shirt to reveal his war scars to prove he is a patriot in a town hall meeting.

When asked a question on what is and what isn't American, board member Lee Wong revealed the wounds he suffered while serving in the U.S military. 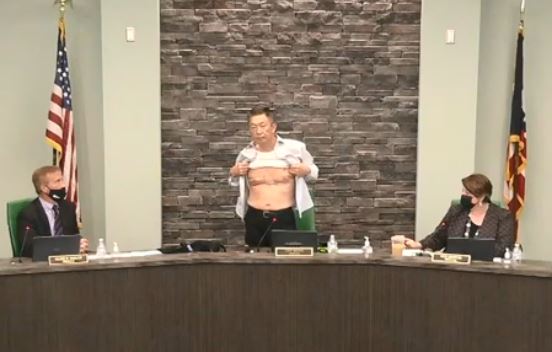 Lee Wong lifted his shirt during a town hall meeting to show the scars he got during his time in the militaryCredit: Fox News 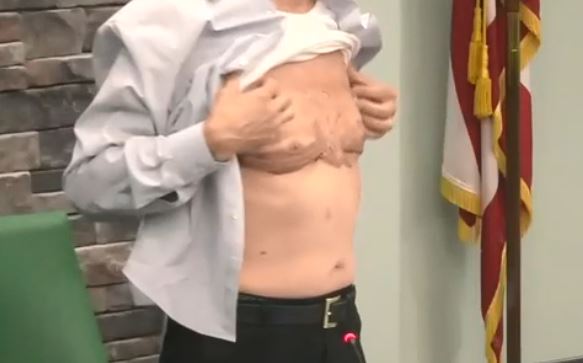 He shared his experiences of racism that he was subject to after he moved to America during the 1960sCredit: Fox News

He said he had been the target of discrimination due to his heritage, with one incident landing him in hospital.

Lee came to America to study in the late 1960s and when he was in Chicago he was beaten up for his race.

Despite 20 years in the military, Lee says he still faces racial prejudice.

"They put me in the hospital. That was my first experience," he told FOX19 NOW Wednesday.

He said there was a time where he walked out of a grocery store and a little boy pulled his eyelids out towards his temples when he saw Lee.

Lee said at the time he just laughed it off because it was just a child, but then later thought: "There is more to that. He learned it from somebody."

He said that whilst he was campaigning as an elected offical, Wong said people told him he didn't "look American enough."

"When someone comes up and says that to me, it’s like a stab in my heart,” he said.

His powerful display at the town hall on Tuesday was just days after a string of spa shootings in Atlanta - many of the victims were Asian women.

Eight people died in the attacks.

It remains unknown whether the shooter was deliberately targeting Asian people.

“People started calling into our office lines and leaving some verbiage that is very difficult to accept,” Chan said of the shootings’ aftermath.

Leo echoed the beliefs of Lee, who said he wants to go back to the basics of the American way.

“Love one another, your neighbor, be kind, be gentle, treat other people with dignity and respect,” Leo said. 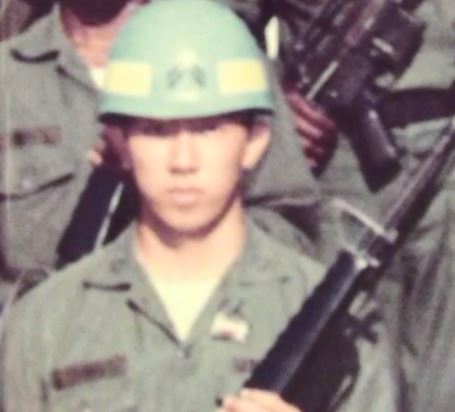