THIS is the shocking moment two women brawled at a Walmart over a PS5 after being told it was sold out.

The two women exchanged punches over the gold-dust item in a Walmart in Charlotte, North Carolina, on December 13. 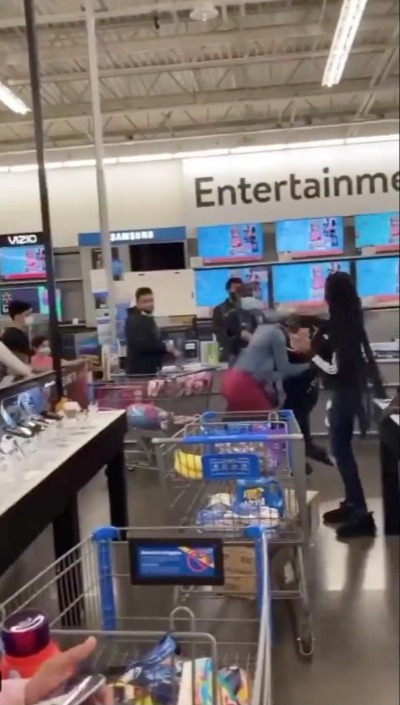 The women began to punch each other in the entertainment section of WalmartCredit: Twitter 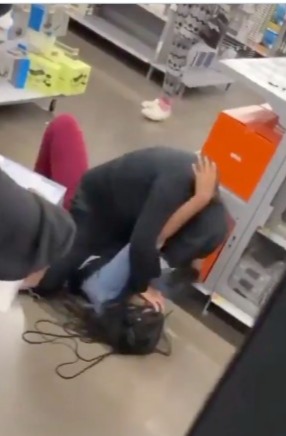 The two dragged each other onto the floor over a PS5Credit: Twitter

The beginning of the video shows a woman with long braids shouting at another woman in a black hoodie, "What the f**k are you gonna do?"

The woman in long braids then removes her jacket and her face mask as she continues to exchange heated words with the other customer.

At one point a man in a motorized scooter and a woman in a red mask attempt to deescalate the situation but the woman in the braids continue to shout.

The two continue to shout at each other while other customers wait in a queue with their shopping trolleys.

Then the woman wearing the black hoodie runs and begins to attack the other woman.

Other Walmart shoppers move out of their way as they push and drag each other across the store.

The pair fistfight across the electronic section of the store until the woman in braids is knocked out after she was stomped in the face.

Cops responded to the scene but the women left the store before officers arrived — apparently without a PS5, according to TMZ.

This is the second incident in a week where gaming enthusiasts have got into a brawl over the coveted console.

On Thursday a mother punched a police officer while holding her four-month-old baby, cops said.

The footage was filmed inside a Florida Walmart, where tensions broke out when the woman was told Sony PlayStation 5 consoles had sold out.

Valeria Aguilar and her family had reportedly waited over eight hours in line to purchase a Sony console - one of the most sought-after items of the Christmas season.

A police incident report says he had “became belligerent with Walmart employees when they announced that only five PS5 consoles [were] left to be purchased.”

It comes after Sony confirmed the PlayStation 5 was their biggest ever launch - promising more stock to desperate shoppers.

Sony said demand for the PS5 is “unprecedented”, and in a statement thanked “gamers everywhere for making the PS5 launch our biggest console launch ever.”

“Demand for PS5 is unprecedented, so we wanted to confirm that more PS5 inventory will be coming to retailers before the end of the year – please stay in touch with your local retailers.”

The announcement offered a glimmer of hope to gaming enthusiasts ahead of Christmas -  though the new stock has been snapped up before many even have the chance to get in-store or online. 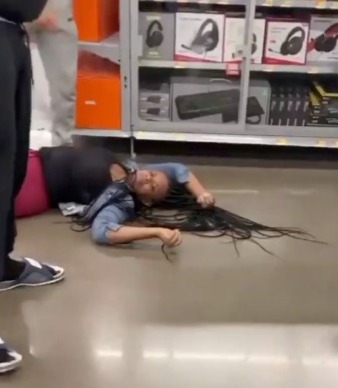 One of the women was knocked out during the fightCredit: Twitter 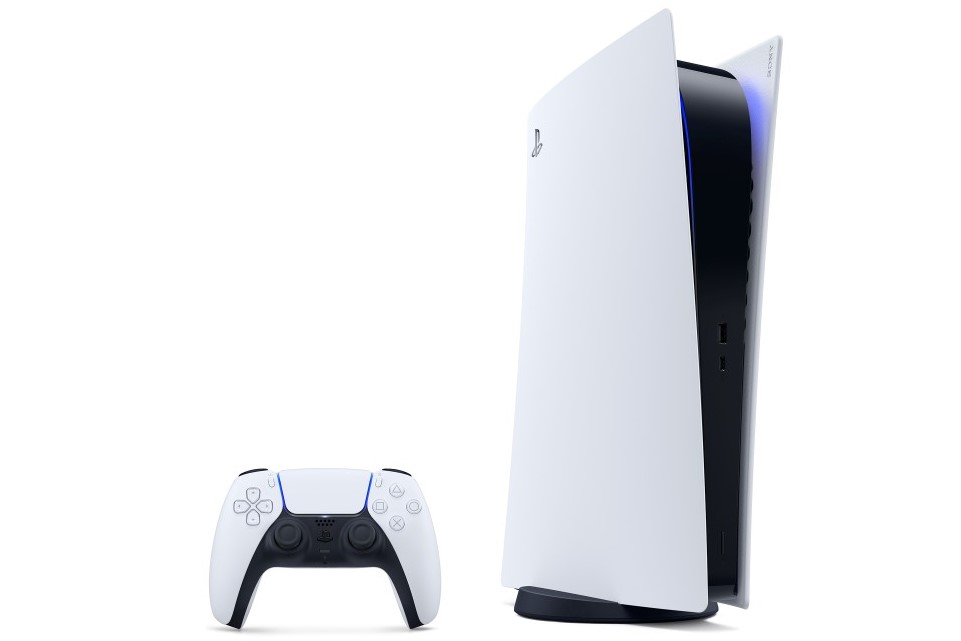 Sony said demand for the PS5 is 'unprecedented' since its release