THE backlash has begun. Loony left Welsh leaders are on the run as shoppers turn against a Soviet-style shopping ban and police border guards.

In Scotland, there is increasing resistance to Nicola Sturgeon’s five-stage clamp-down claptrap. 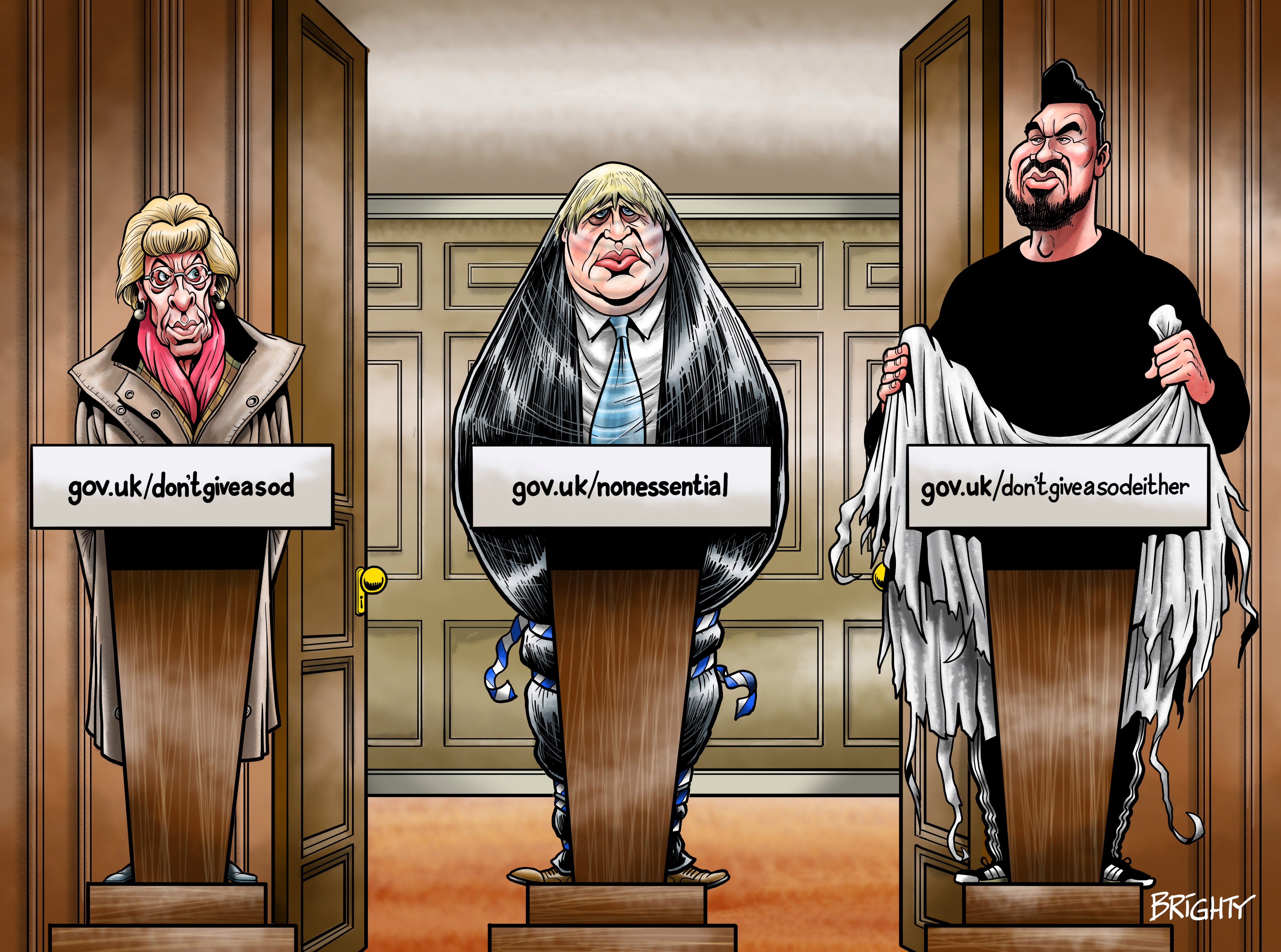 In the rest of the UK people are waking up to a bleak midwinter of unemployment and hardship — just as Labour leader Sir Keir Starmer calls for even more costly lockdowns.

In the midst of all this confusion and rank opportunism, Boris Johnson has the chance to seize the moral high ground.

The Prime Minister needs to act swiftly before he too is engulfed by an unstoppable wave of civil disobedience against Covid overkill.

“I don’t give a sod,” she told The Sun. “I’m 83. I want to get out and live.” She was immediately urged to stand as Prime Minister.

In Bangor, Gwilym Owen, 28, became an overnight Welsh hero as he was filmed on Facebook tearing plastic sheets and prohibition tape from Tesco racks of “non-essential” clothing.

He was arrested for criminal damage, but not before Corbynite Welsh leader Mark Drakeford was poised for a screeching U-turn over his ridiculous anti-shopping rules.

These vivid outbursts of good old-fashioned common sense reveal mounting fury at the contradictory and incomprehensible new rules ripping at the fabric of our daily lives.

Along with respected business leaders pleading for salvation from bankruptcy, shop closures and mass unemployment, ordinary voters want the Government to wake up before it is too late.

Respect for government and the rule of law is beginning to fray. 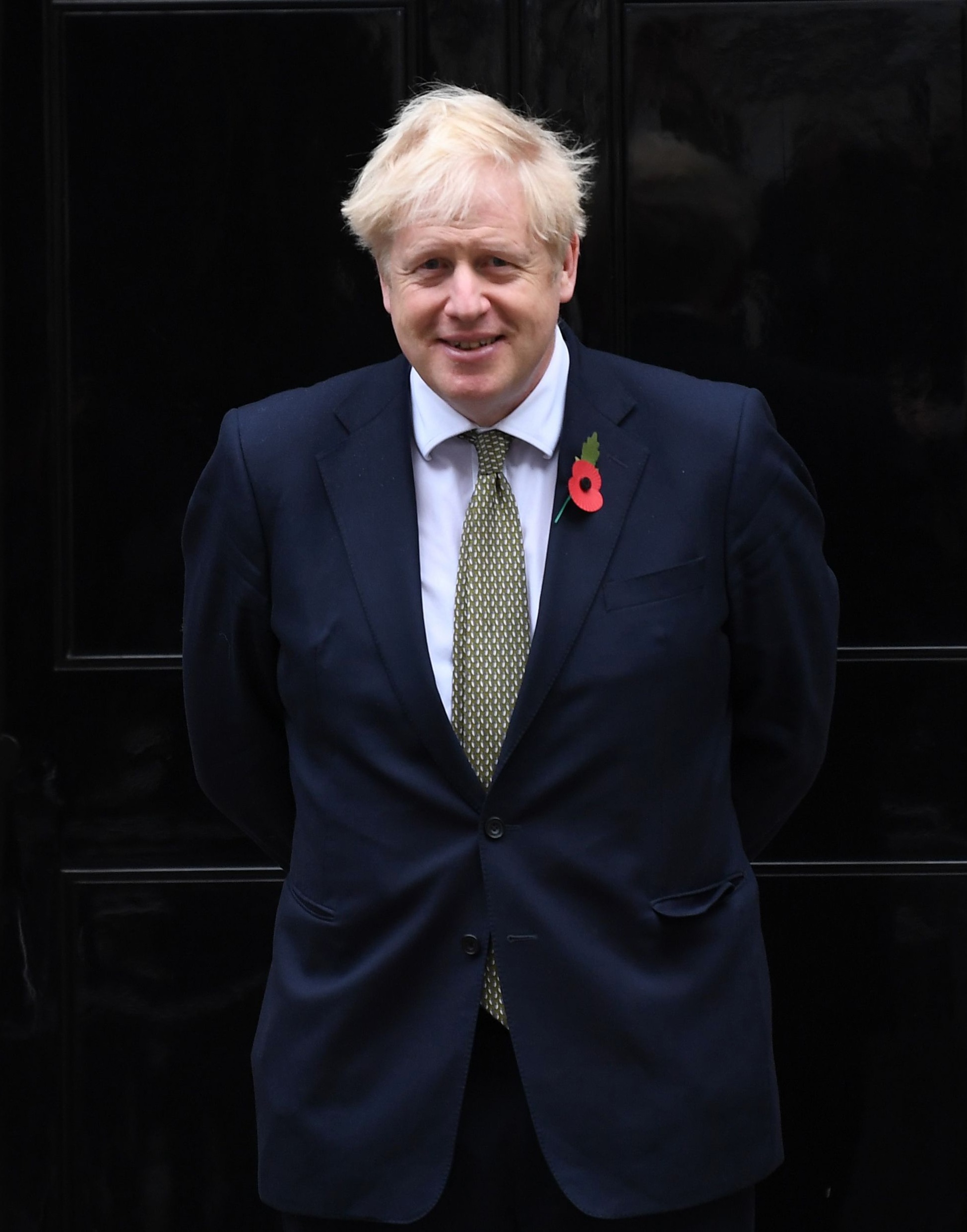 In the midst of all this confusion, Boris Johnson has the chance to seize the moral high groundCredit: AFP or licensors 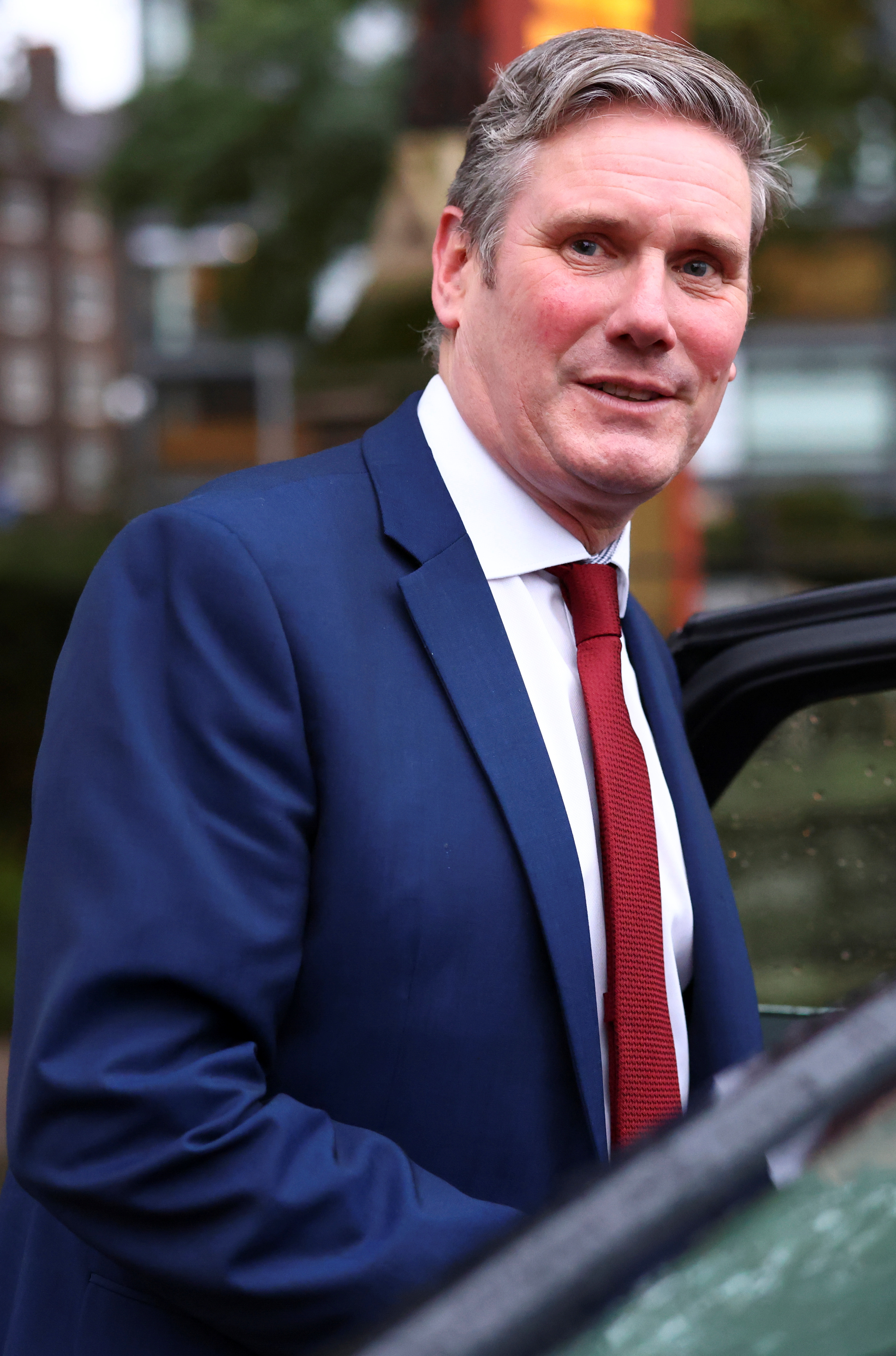 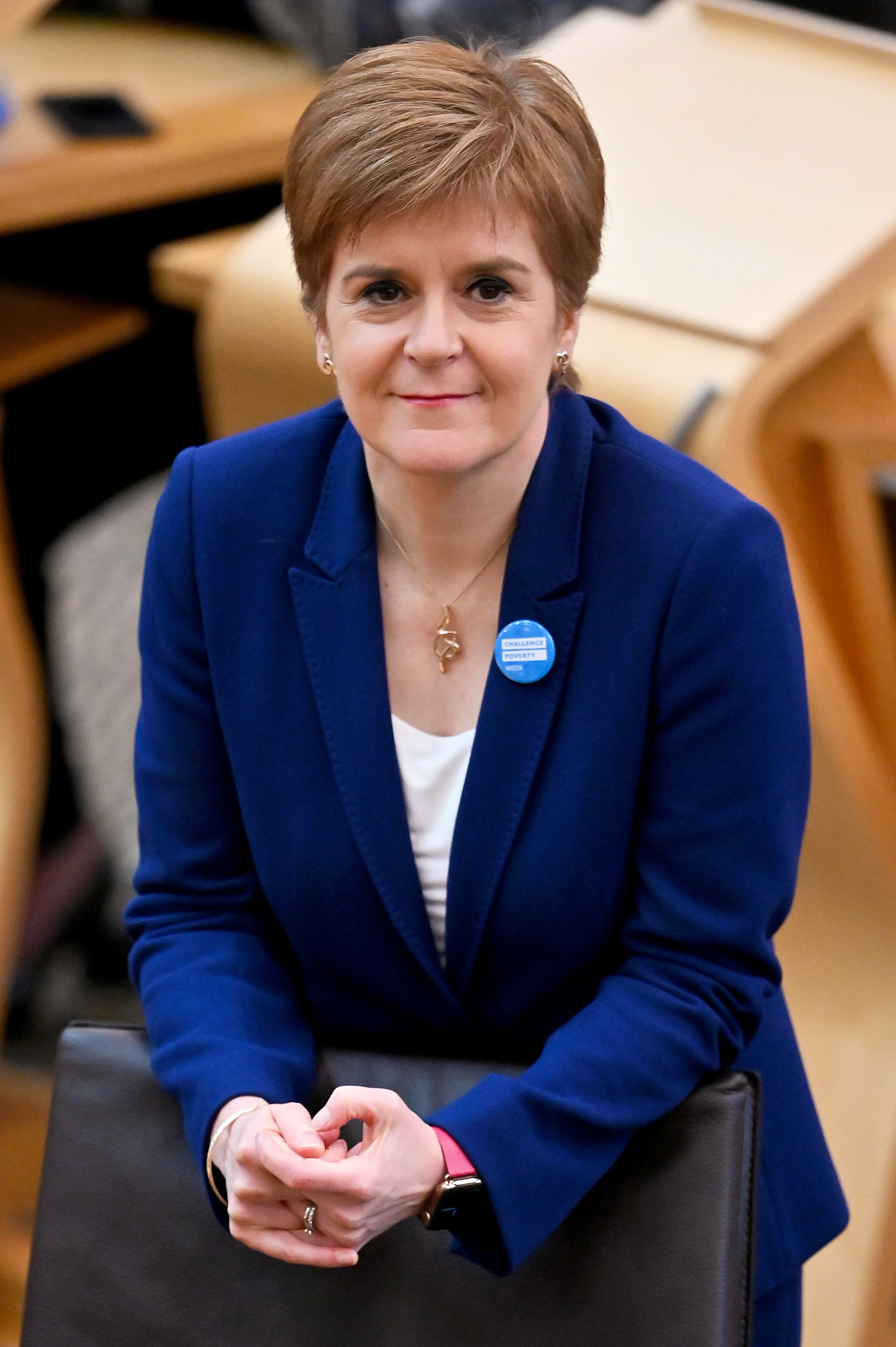 According to Labour ex-Home Secretary David Blunkett, democracy itself is at risk.

“As each new day passes, a lot of us feel that official policy is not merely confused, it is also arbitrary and futile,” he said yesterday.

“I can understand why perfectly reasonably, law-abiding people are talking openly about defying lockdown regulations.”

He warned Boris must seize back the initiative from NHS mouthpiece Matt Hancock and so-called Sage experts. Others want the Health Secretary sacked altogether.

The widely-loathed 10pm curfew on pubs and restaurants should be first to go.

It is not just pointless, since there is no proven link between closing times and Covid surges.

More seriously, it is killing careers and putting hundreds of thousands of hard-working men and women in fear of debt and destitution.

Other measures, like the Rule of Six and household bubbles, serve only to infuriate families and isolate the lonely.

Yet Hancock — spurred on by the likes of disgraced “expert” Neil Ferguson — wants ever-wider sanctions imposed.

Britain may be on the verge of a disastrous “double dip” recession, its first in half a century, with catastrophic implications for everyone in the country. 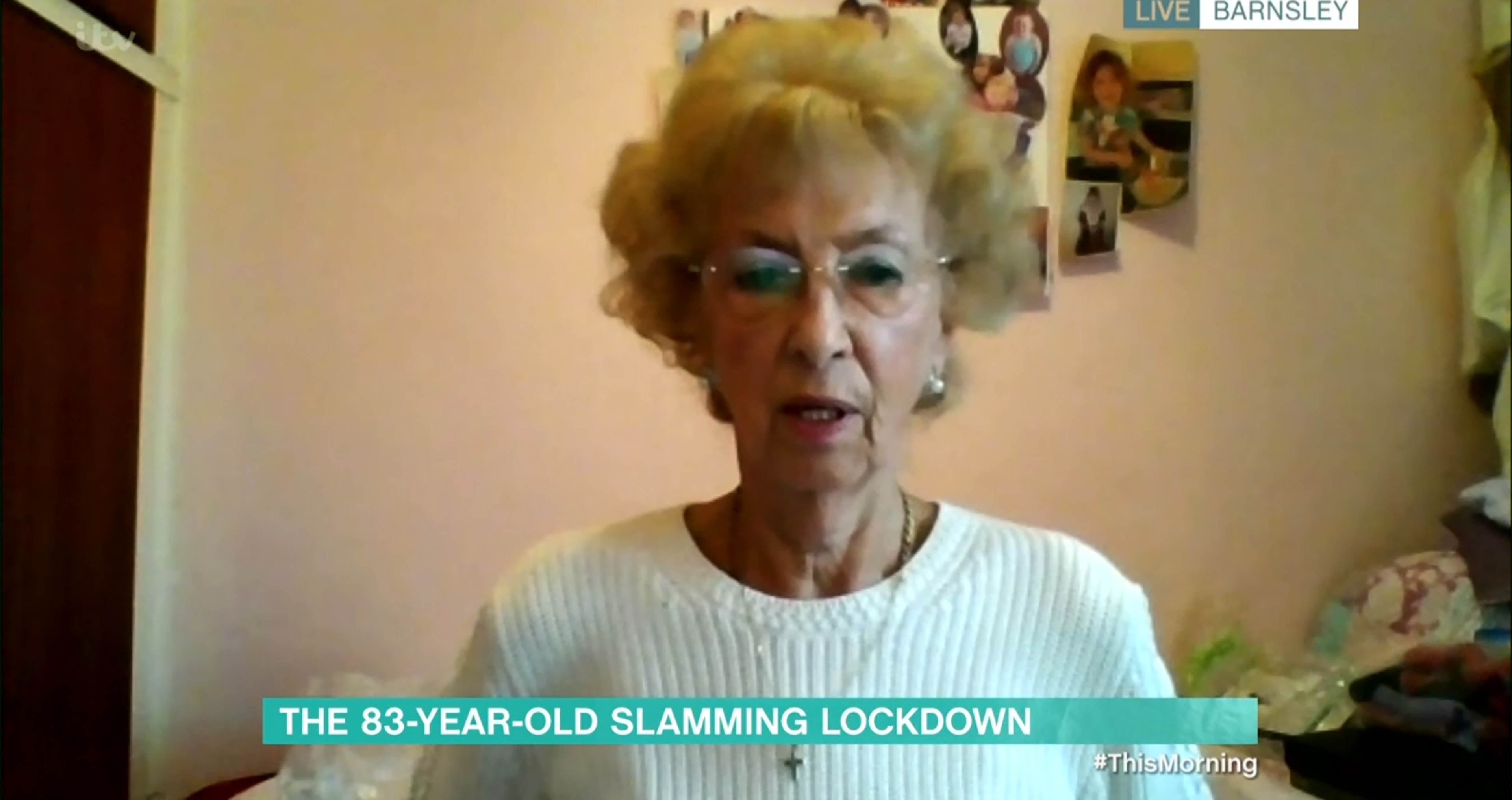 Maureen Eames was immediately urged to stand as Prime Minister after saying she wanted to 'get out and live'Credit: Rex Features 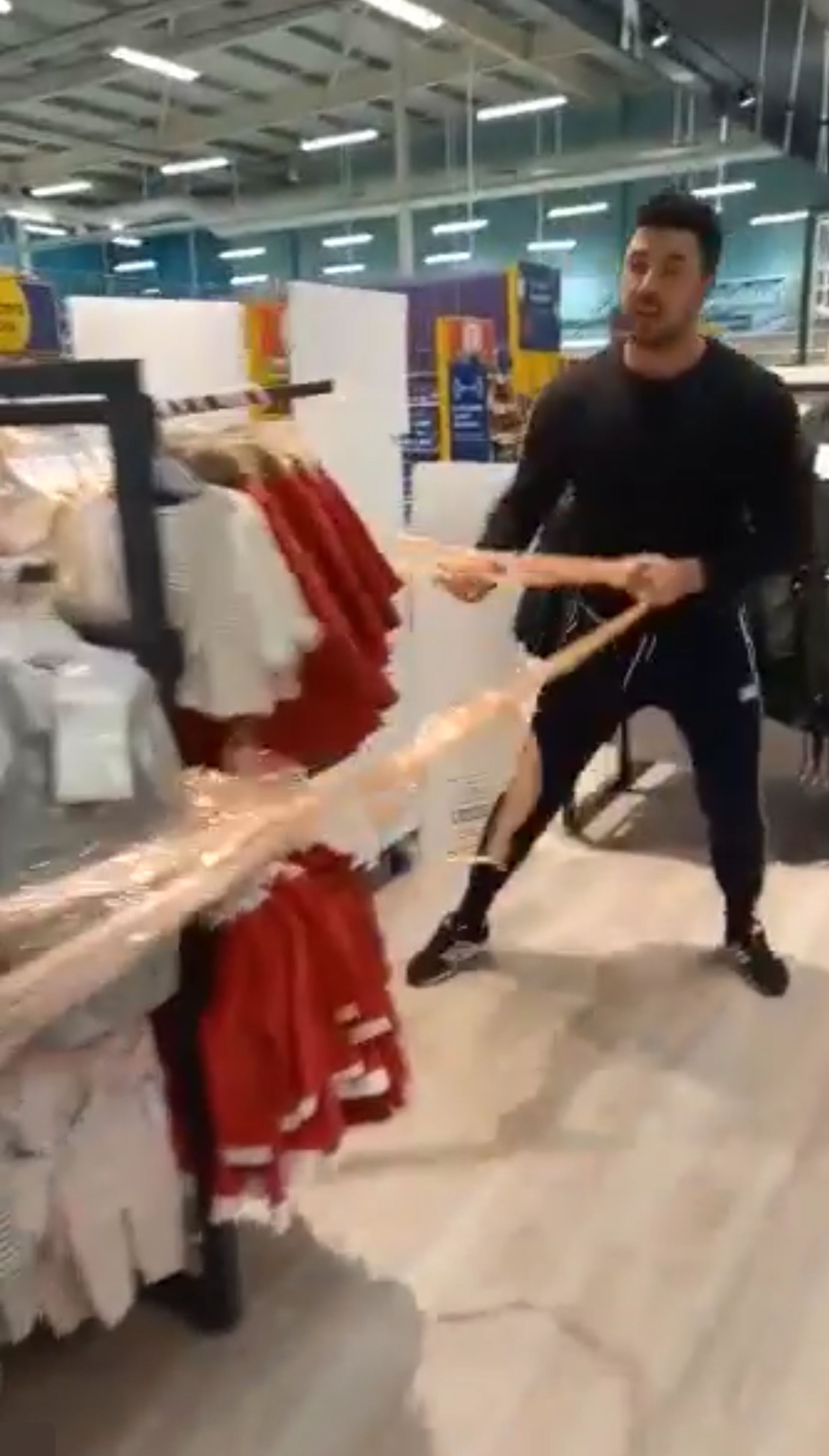 Not for the first time, those polls are all over the shop.

People are not stupid. They know most people who died this summer were very old, with only months to live.

They certainly don’t believe their children and grand-children should spend the rest of their lives paying off a mountain of debt to allow them a few extra weeks.

We are holding the nation to ransom for virtually no significant gain.

So those Welsh zealots, Scottish troublemakers and the leaden-footed leader of Labour Opportunism have picked exactly the wrong time to up the ante on Covid.

This, Boris, is precisely the moment to seize the initiative, put Christmas back on the agenda and transfer the British economy to the recovery ward.

The Prime Minister should start immediately by giving the hospitality trade a heart-starter and scrapping that wretched 10 o’clock curfew.

DEPUTY Labour leader Angela Rayner did herself and her party no favours by yelling “Scum” at Tory minister Chris Clarkson in the Commons last week.

She was forced to withdraw the revolting smear which became Labour’s knee-jerk term of abuse during the Corbyn years.

But it actually says more about Labour than it does about the Conservative Party.