TWO people were killed and five more wounded last night after a man "dressed in medieval clothes" rampaged through in Quebec.

Cops told people to remain inside in the Canadian city after multiple people were attacked with a bladed weapon as they celebrated Halloween. 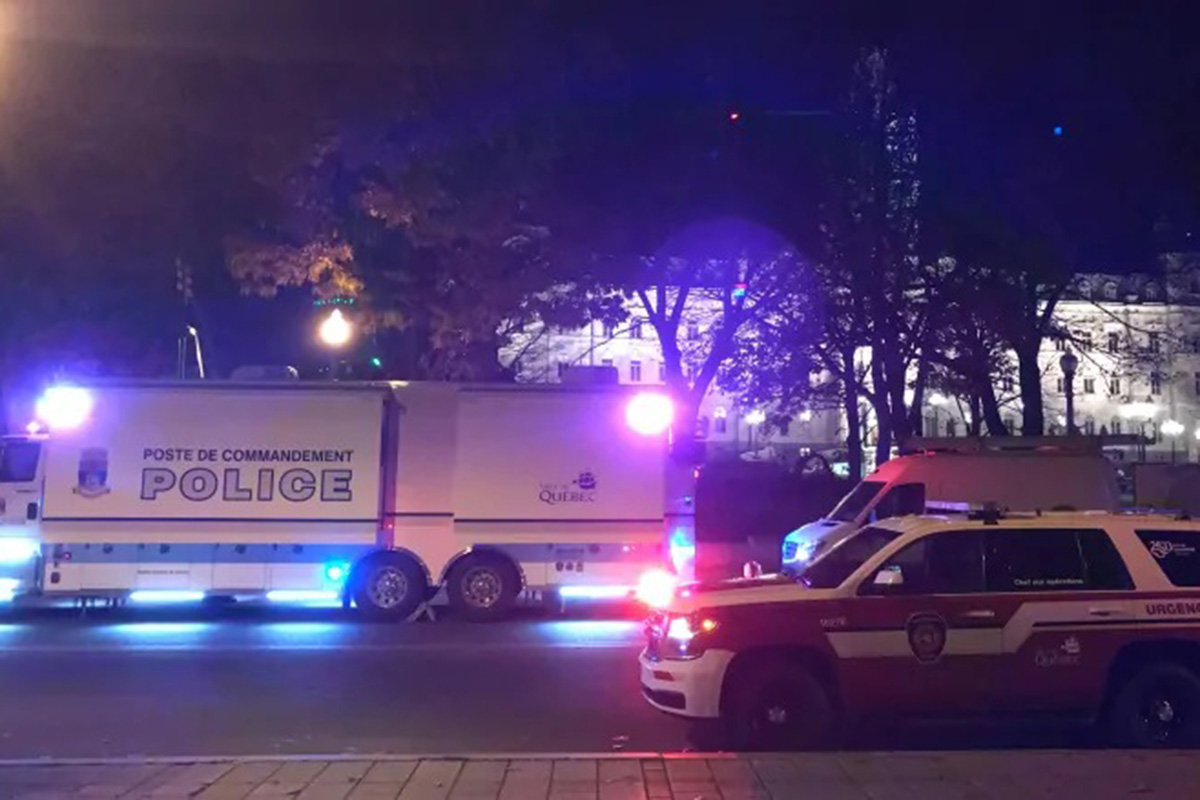 A man in his mid 20s was arrested just before 1am local time.

But people in the Parliament Hill area are still being told to stay in their homes as police probe the deaths.

Attacks were first reported at about 10.30pm local time on Saturday evening.

The five injured people were rushed to hospital, with a police spokesperson saying they had not suffered life threatening injuries.

"According to our preliminary information, the suspect is dressed in medieval clothes."

After the arrest, police tweeted: "We still ask the citizens of Quebec City to stay inside with the doors locked because an investigation is still underway."

It comes days after a brutal knife attack by a suspected terrorist in Nice.

Brahim Aoussaoui, a 21-year-old Tunisian migrant, stormed a church with a 12-inch knife.

He stabbed two others to death during the horror attack - church warden Vincent Loques, 54, and regular churchgoer Nadine Devillers, 60, who he beheaded.