THE Queen has no plans to strip Prince Harry and Meghan Markle of their Duke and Duchess titles despite their dig at the Monarch after losing their royal roles, it's reported.

Meghan and Harry will retain their Duke and Duchess of Sussex titles and will remain His and Her Royal Highness. 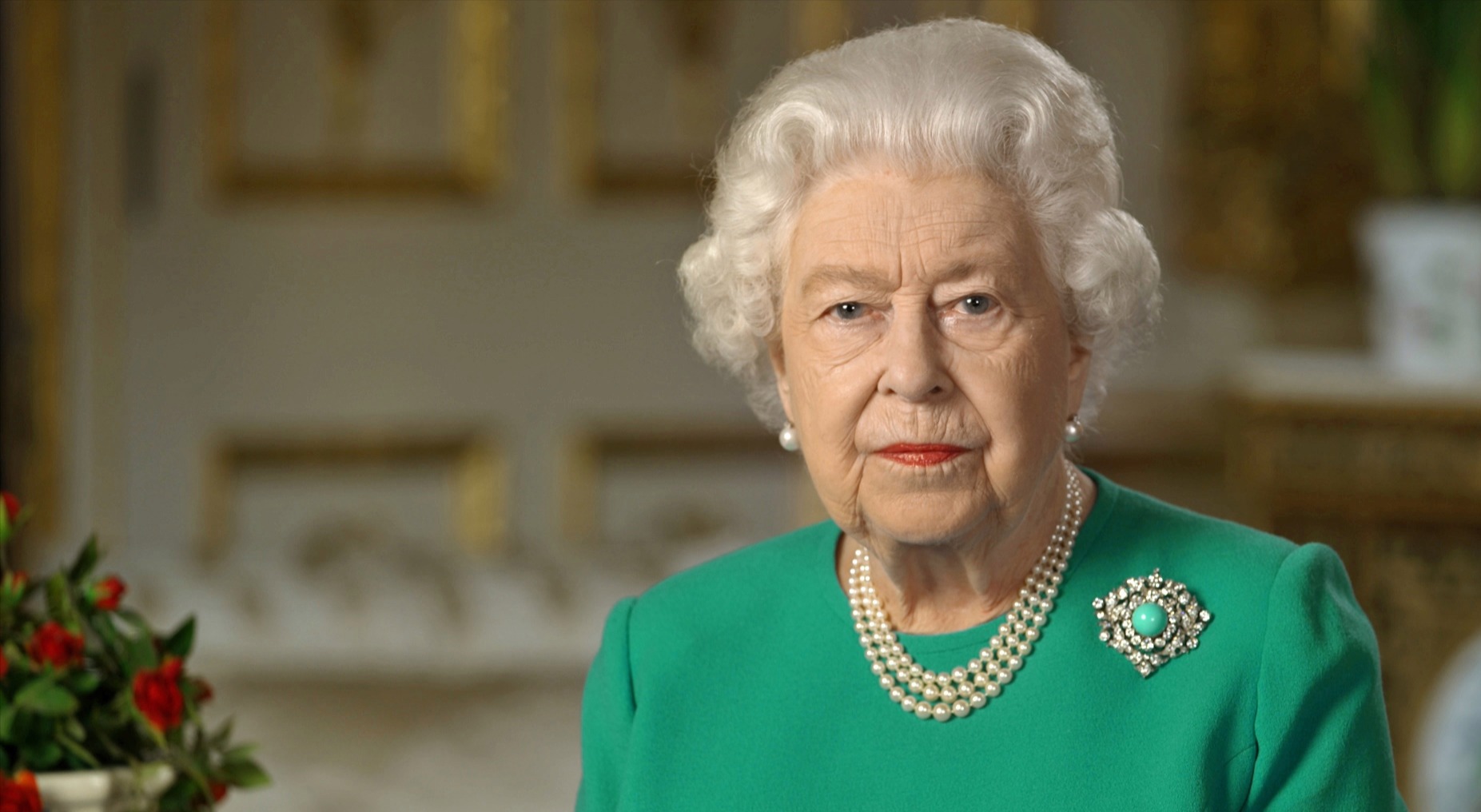 The Queen has no plans to strip Harry and Meghan of their royal titles, it's reportedCredit: Getty 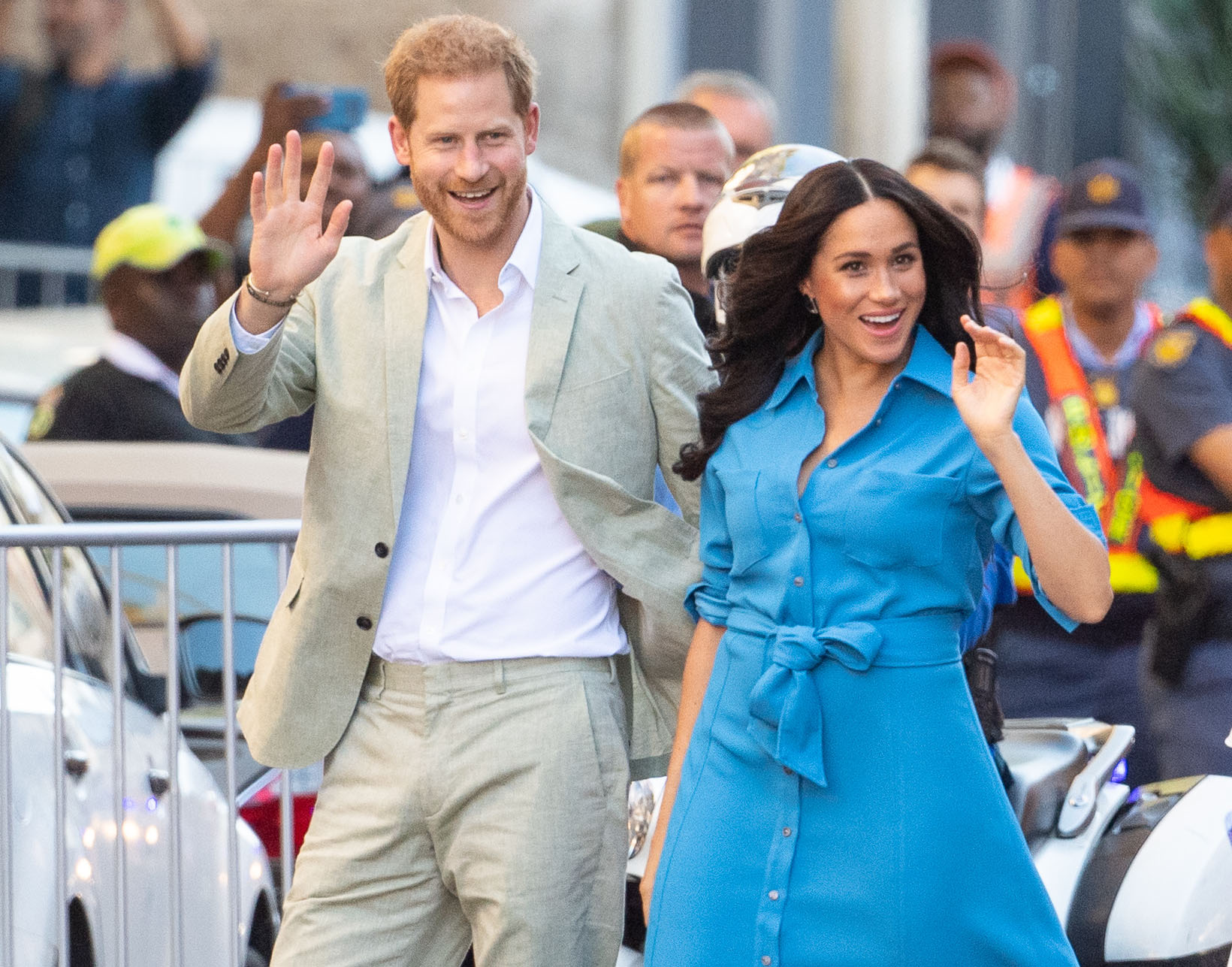 But they can't use their HRHs in day-to-day life as they aren't working members of the Royal Family anymore.

Harry and Meghan were yesterday stripped of their royal roles to complete their Megxit.

But Palace insiders told The Daily Mail it would be "‘unduly punitive" to remove the couple's HRH titles.

Meghan and Harry stayed secretly stayed at Oprah's £80million mansion before buying their Californian home, it was revealed The Duke and Duchess walked away from a number of royal patronages and titles after leaving the Royal Family Prince Harry and Meghan Markle ‘crossed a red line’ by deciding to walk away from the royal family, an expert has claimed The Duke and Duchess parted with a cruel jibe at the Queen after being stripped of their roles Former MP Norman Baker said Harry and Meghan "should be stripped of their HRH titles" following their exit from Royal life

A source told the Mail: "They are still the Duke and Duchess of Sussex and Your Royal Highnesses, although they won’t be using the latter.

"That was agreed last January and nothing has changed."

They added: "He was born Prince Harry and will always be Prince Harry, while the [Sussex title] was a wedding gift.

"And he will still be those things even though he has chosen to walk away.

"He would rightly argue that he will always be portrayed as a royal and a prince, even if he worked as a landscape gardener in LA.

"He will never escape [the titles]. So why change?" 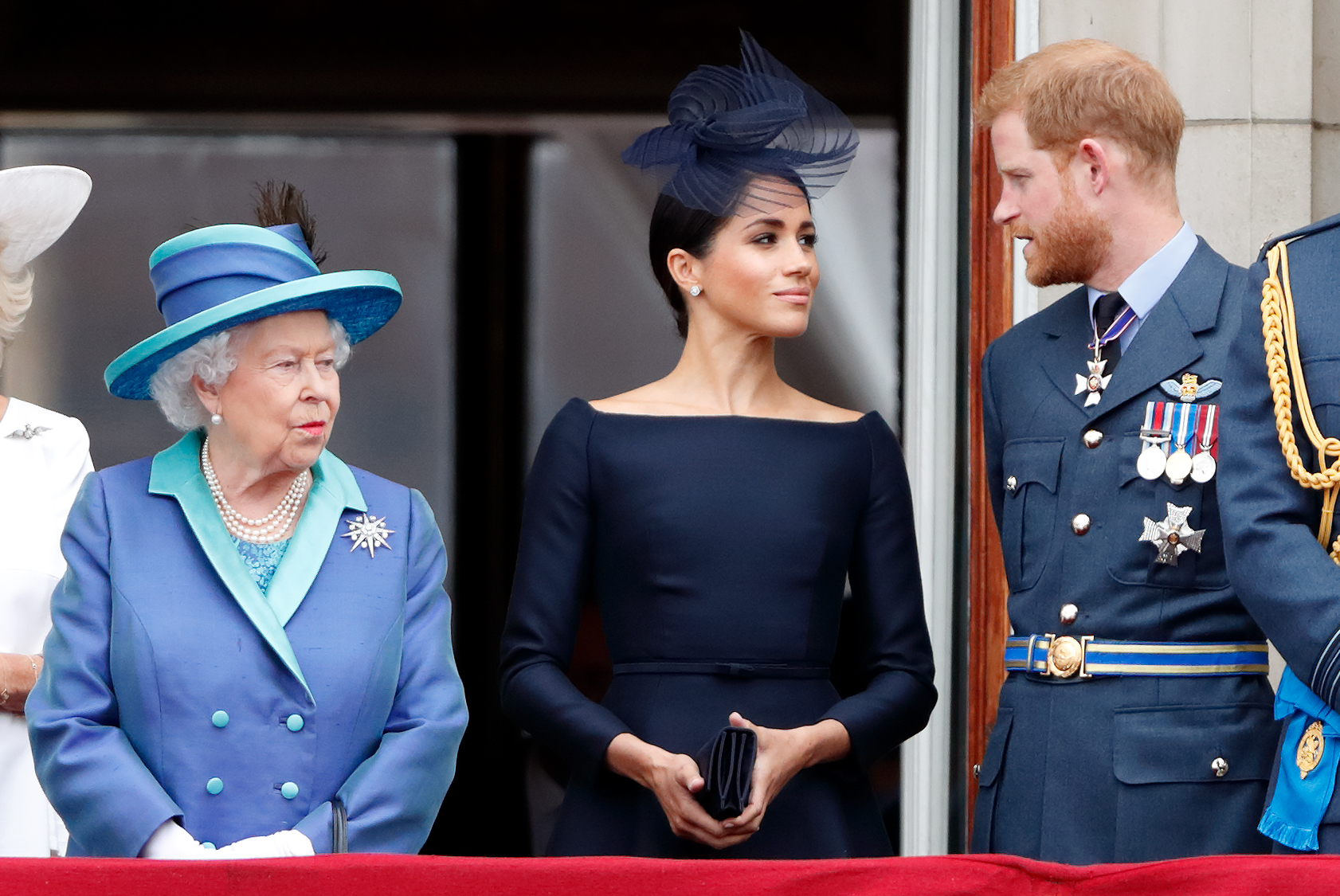 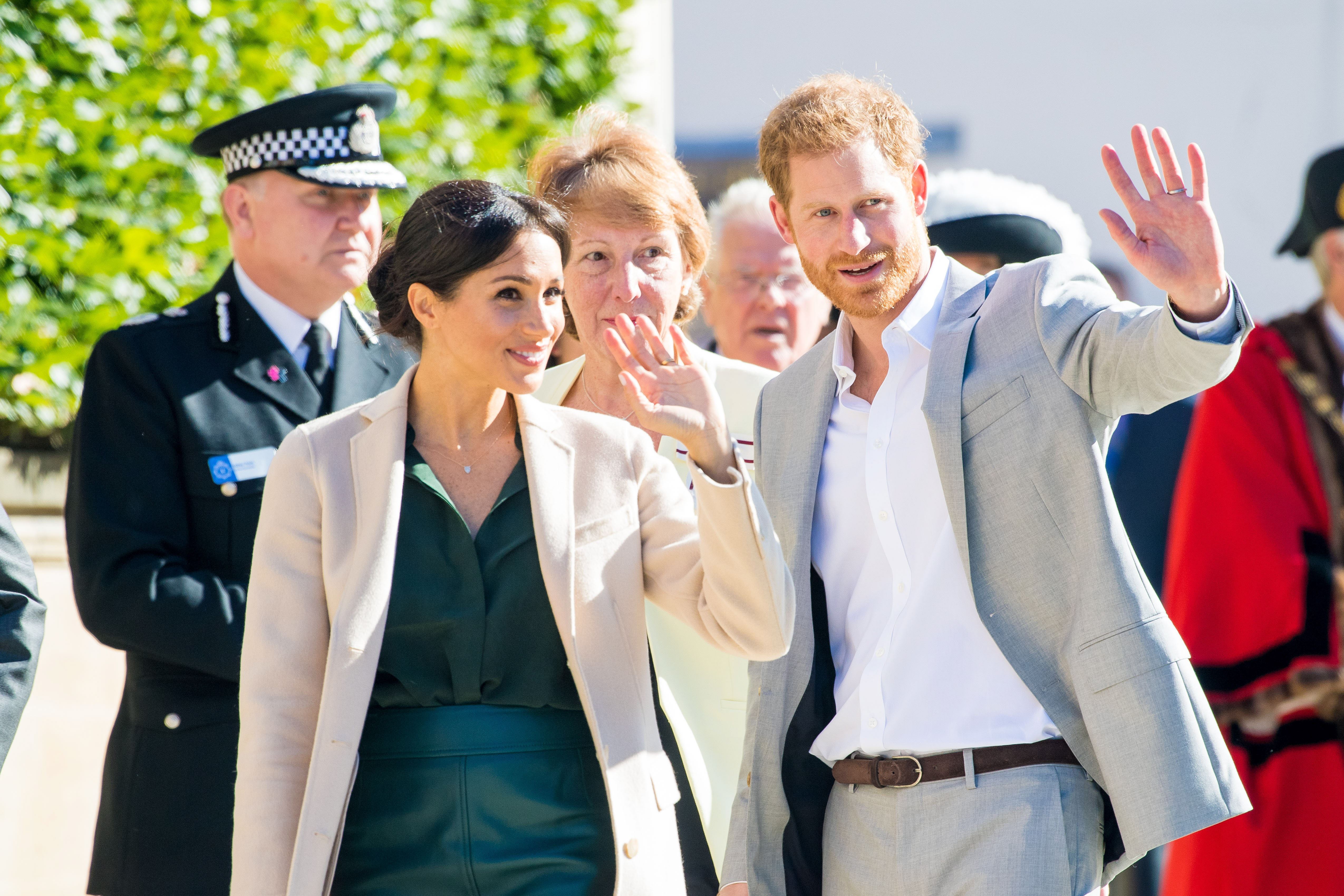 Prince Harry and Meghan Markle said they remained committed to the UKCredit: The Mega Agency 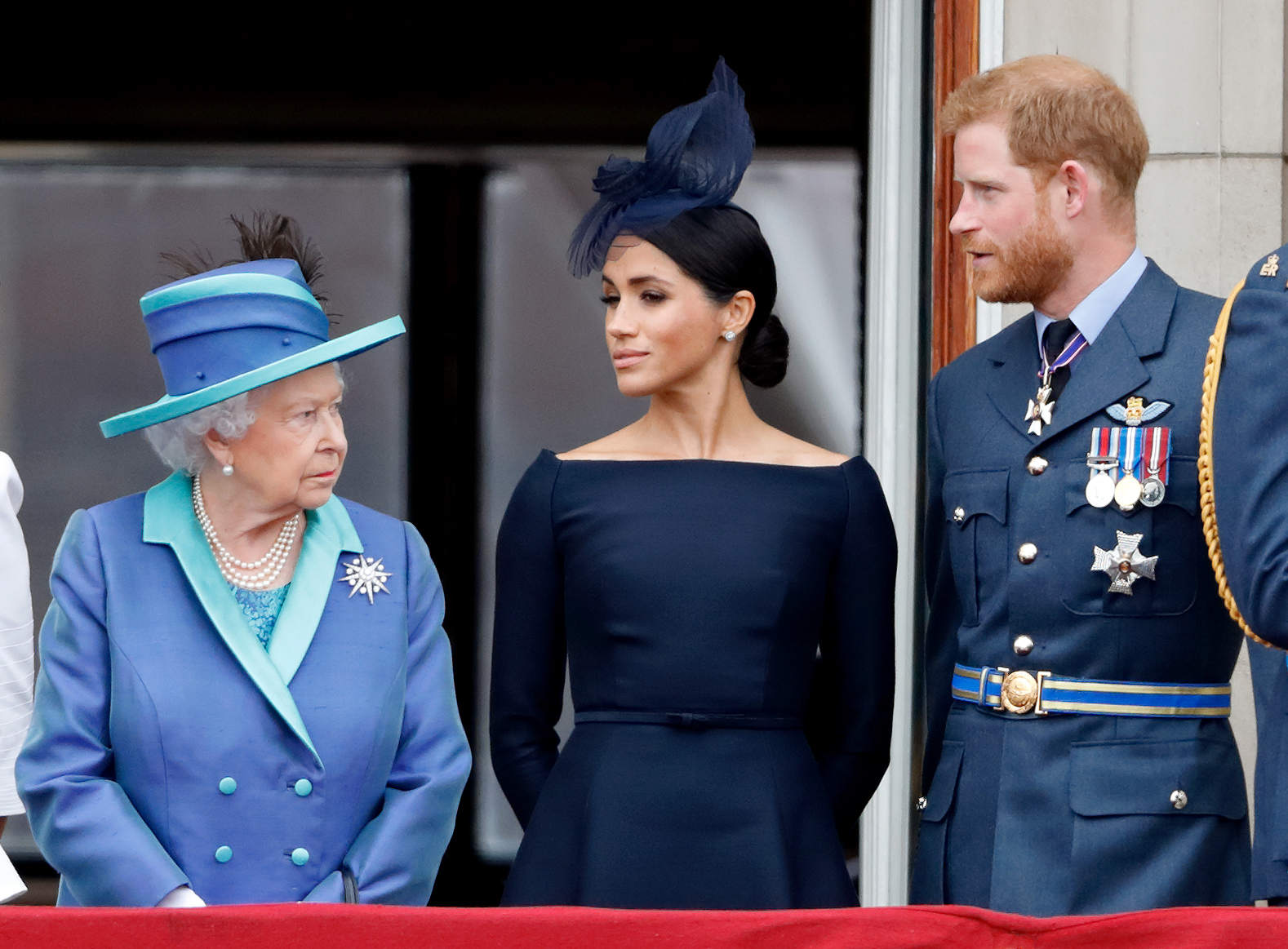 The couple have infuriated senior royals with their 'hurtful' responseCredit: Getty

Insiders claimed the couple's new commercial plans in the US were "simply incompatible" with retaining their official titles.

The Queen and her courtiers became increasingly alarmed at their lack of control over the couple and ruled it impossible for them to continue with royal duties from the US.

The Sussexes were told they could not be “half in and half out.”

The Palace announced yesterday that Harry and Meghan couldn't continue with “responsibilities and duties that come with a life of public service”.

The Sussexes hit back with their own statement, insisting: "We can all live a life of service. Service is universal.”

They will lose their patronages, with Harry being stripped of his honorary military titles as part of the agreement.

Harry and Meghan had wanted to keep representing their military, Commonwealth and other royal patronages — while making millions from private deals.

A spokesman for the Sussexes insisted there was "absolutely no question" Harry and Meghan wanted to keep the positions they had lost.

The spokesman told the Mail: "They do respect the decision but they always made clear they were committed to doing the roles." 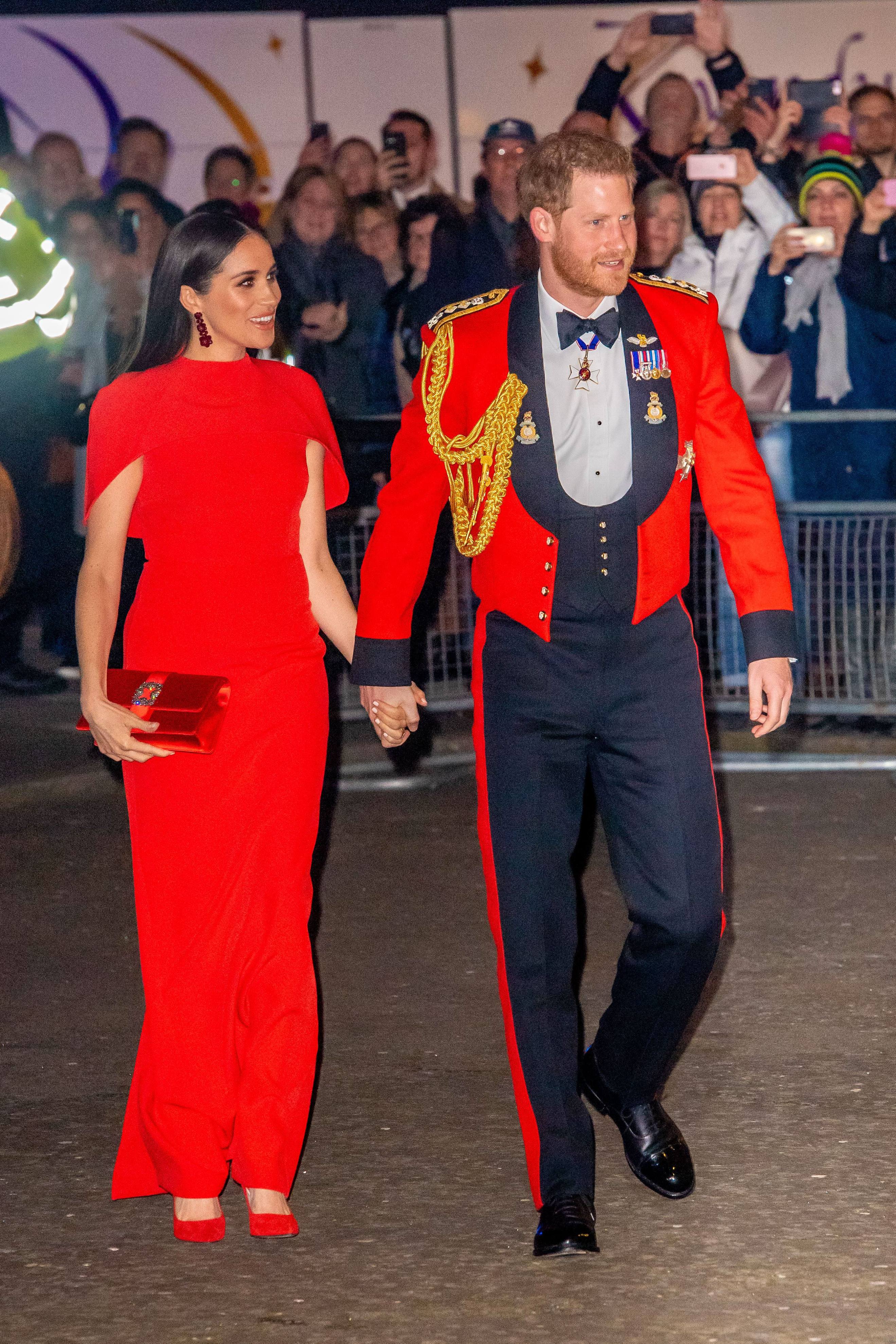 Prince Harry will lose his military titles, it was confirmed todayCredit: The Mega Agency

Following the Sussexes statement, senior royals were said to be furious at the couple's “hurtful jibe” especially as 99-year-old Prince Philip lay sick in his hospital bed.

Last night, Harry and Meghan were accused of sticking “two fingers at the institution — the men and women that run it”.

Royal author Penny Junor said: “It does draw a line. It’s hurtful but every divorce is hurtful.

"This is the decree absolute."

The Sussexes’ decision to quit royal life indefinitely came a month before the March 31 deadline for a review of their new post-Megxit life.

Meghan was not involved in the talks with the Queen who spoke only to Harry directly via video call.

Harry also held “amicable” talks with other senior royals, including brother William and dad Charles, as early as January.

And they are next expected to sit down in a tell-all chat with Oprah Winfrey in an interview to be aired on CBS next month.

It means Harry will no longer hold his military titles including The Royal Marines, RAF Honington, Royal Navy Small Ships and Diving.

He is also no longer the patron of England Rugby.

Meghan also lost her patronages with The Royal National Theatre and The Association of Commonwealth Universities.

Meghan and Harry are now living in the US, raising their son Archie, after paying back £2.4million they spent renovating their Windsor home, Frogmore Cottage.

The couple this week announced they were expecting another baby with the Queen saying she was delighted with the news.

Harry and Meghan now live in their own £11m home in California. 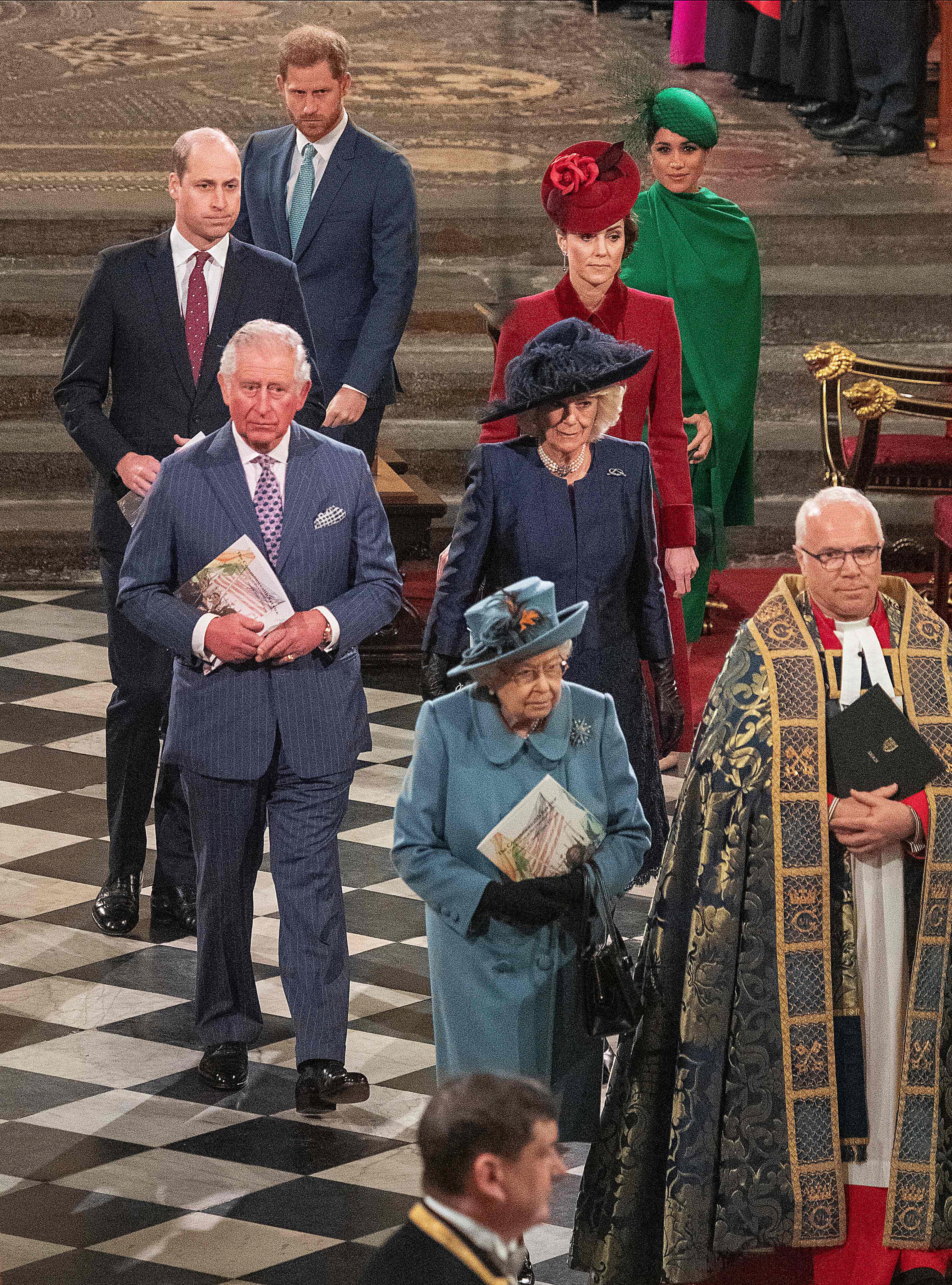 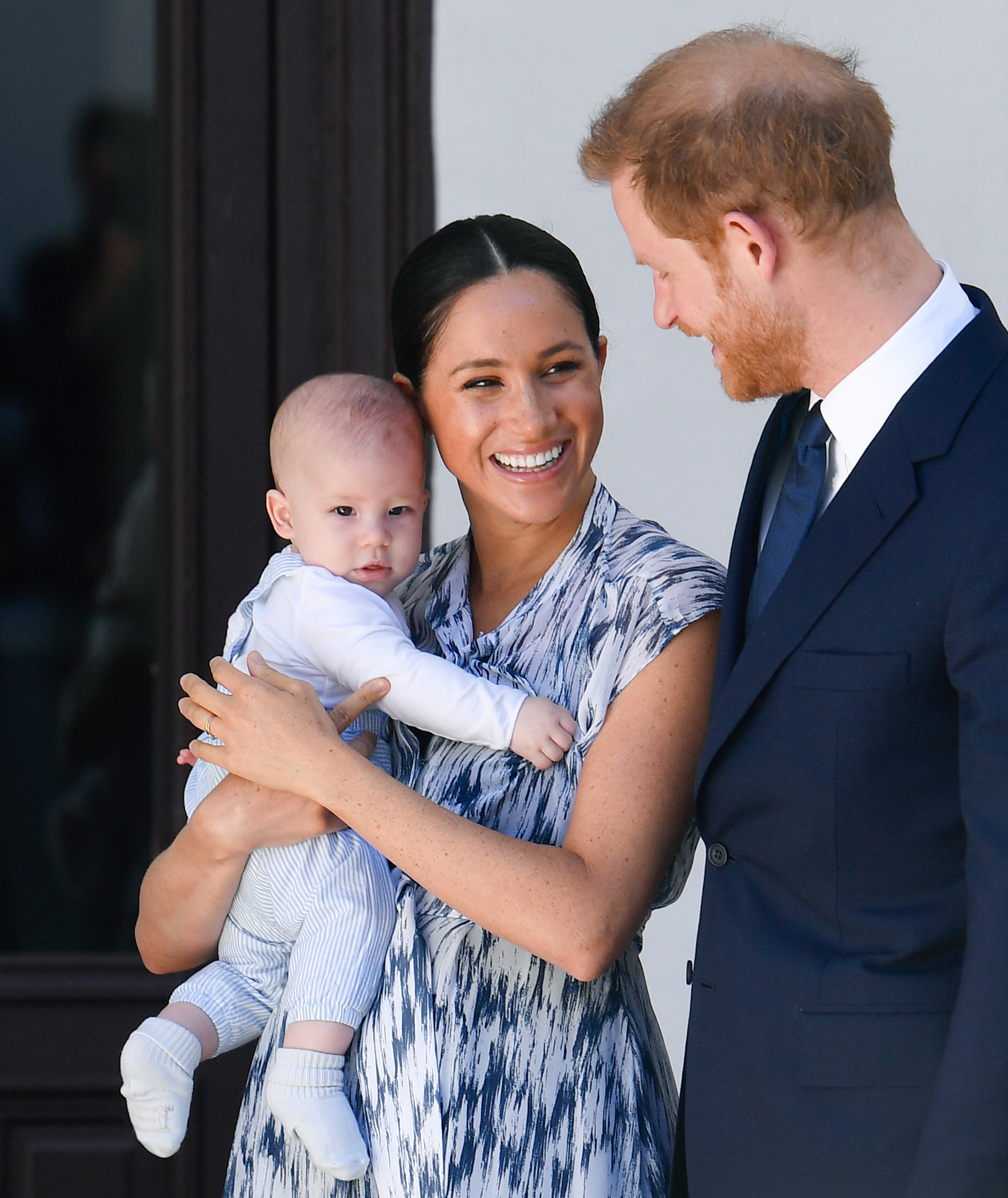 The couple are now raising their son Archie in the USCredit: Getty Images - Getty 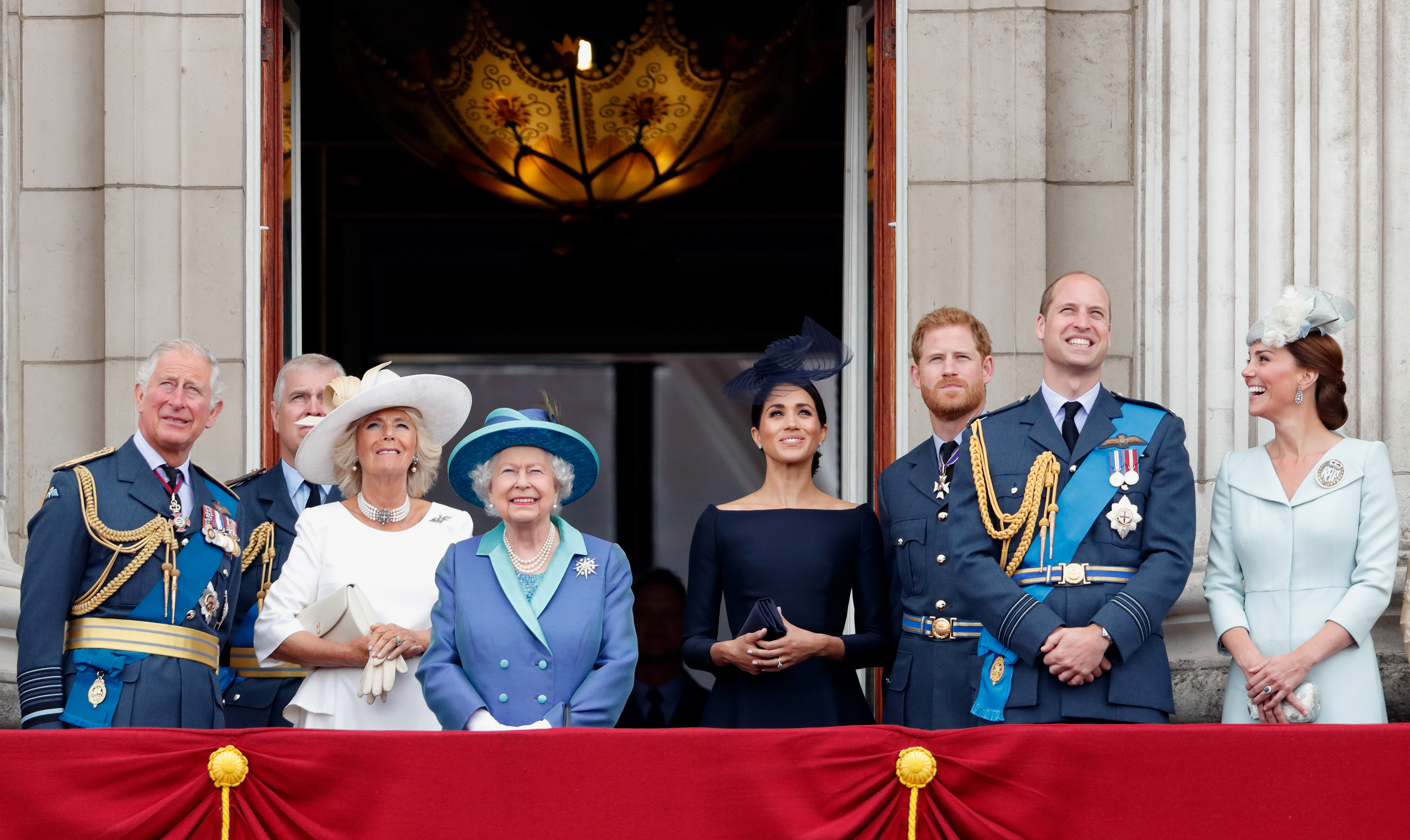 The couple stood down from their senior rolesCredit: Getty - Contributor 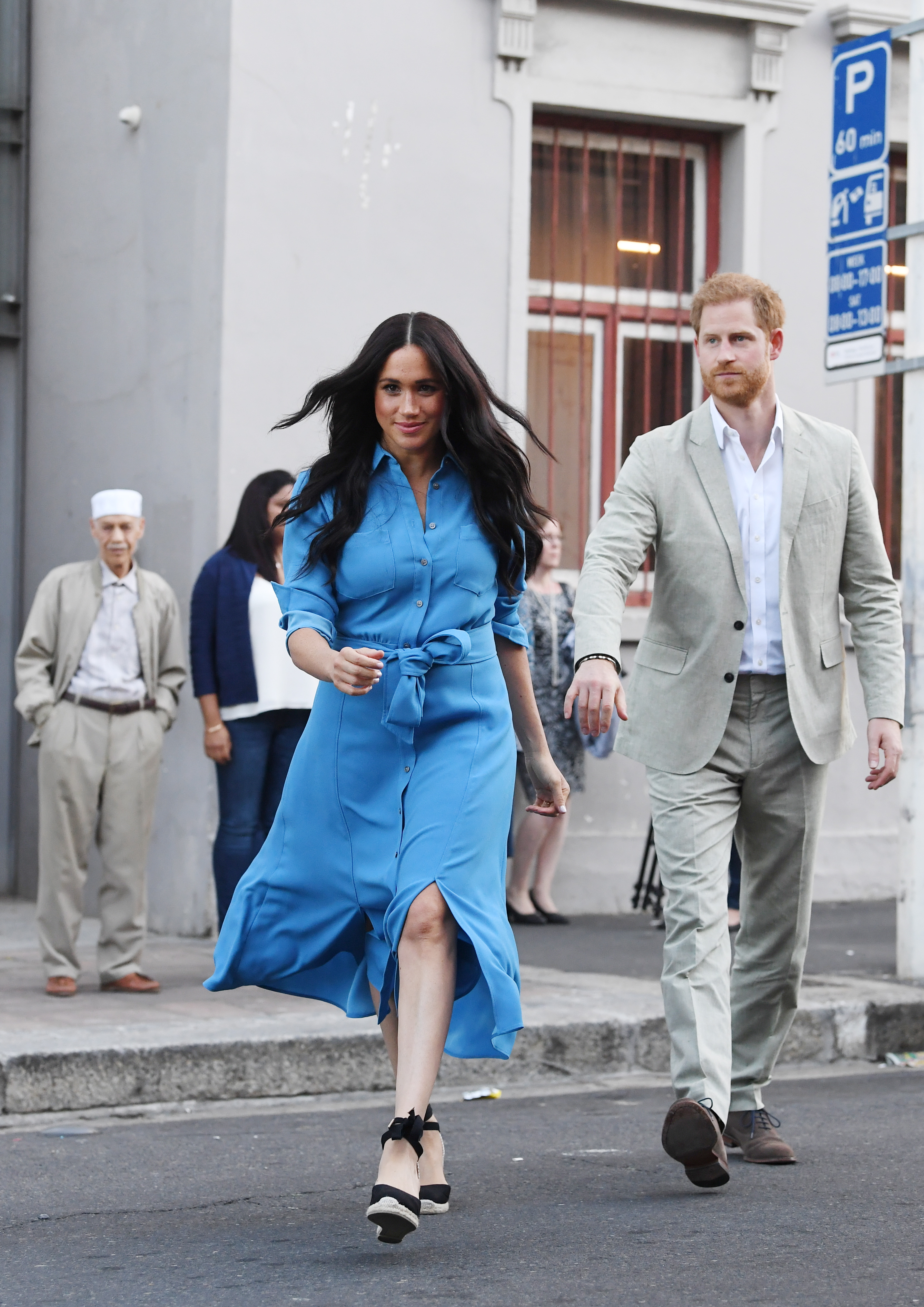 They are now working to become financially independentCredit: EPA