A RAGING cat pulled down a dog walker's trousers after she pounced on his pooch for getting too close to her kittens.

CCTV footage from a street in Bagcilar, Istanbul, shows the man pulling his dog to safety using its lead as the cat claws at his back in an attempt to reach the hound. 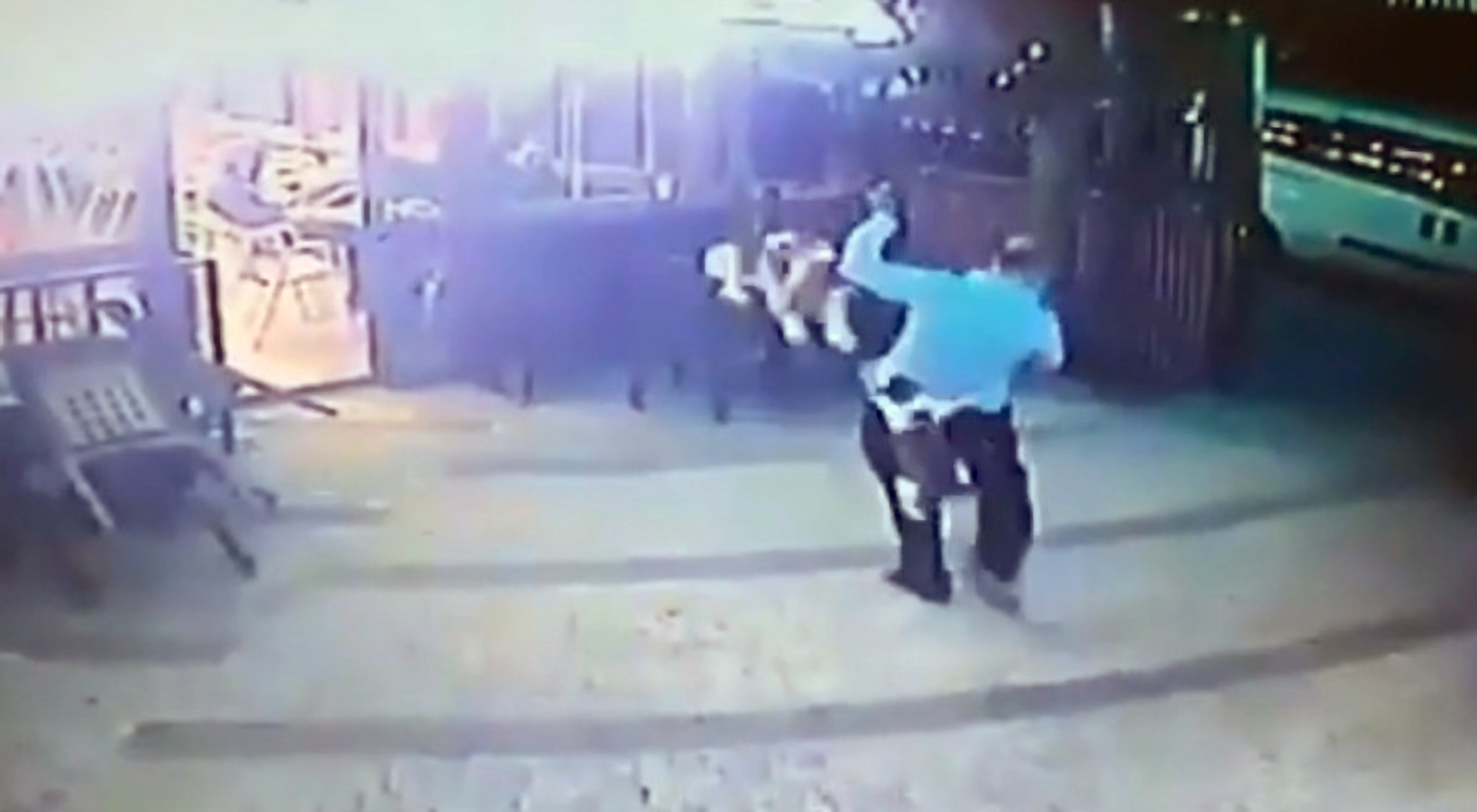 The dog walker pulled his dog to safety as the cat clawed at his clothesCredit: Newsflash 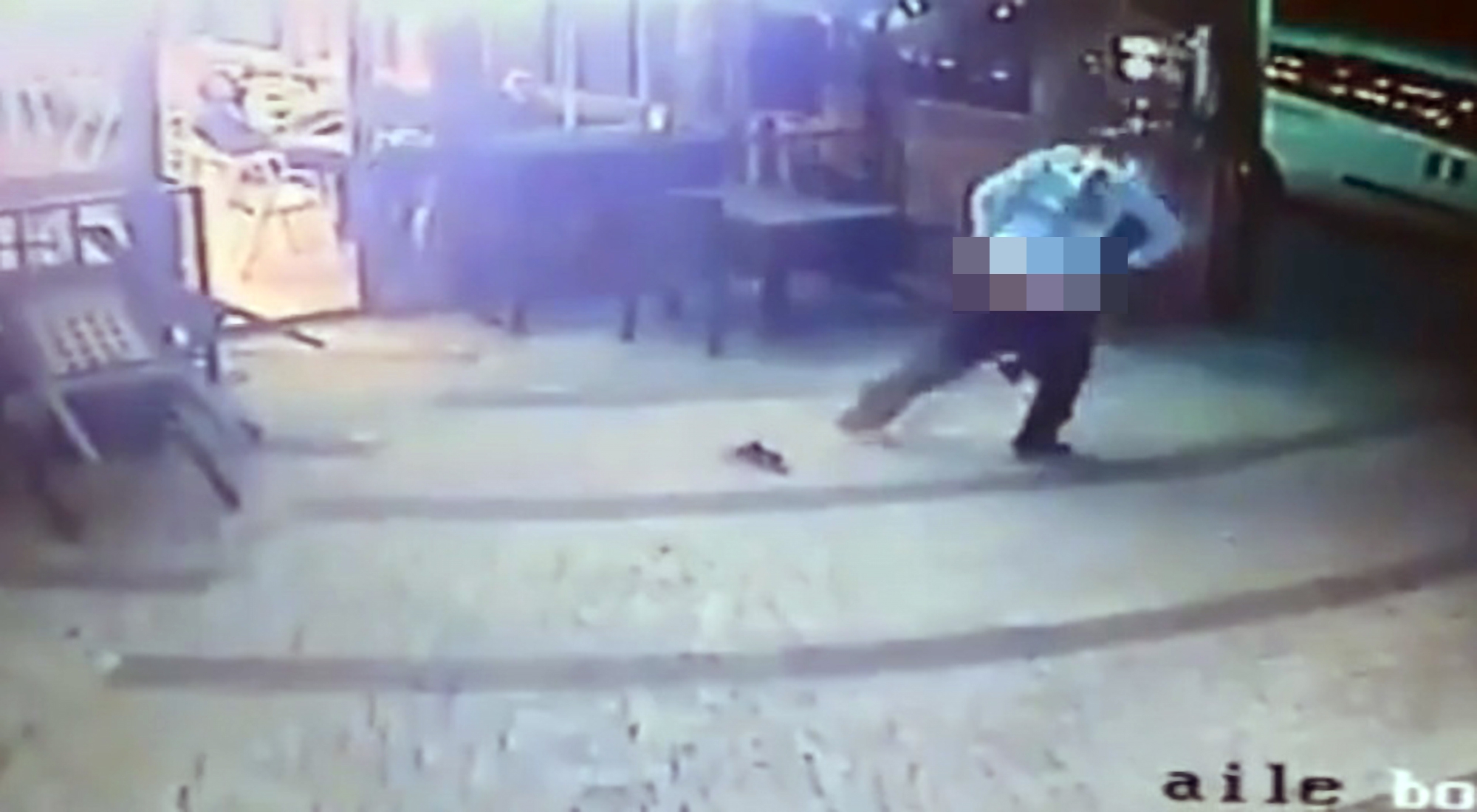 The cat pulled down the man's trousers as she tried to attack the dogCredit: Newsflash 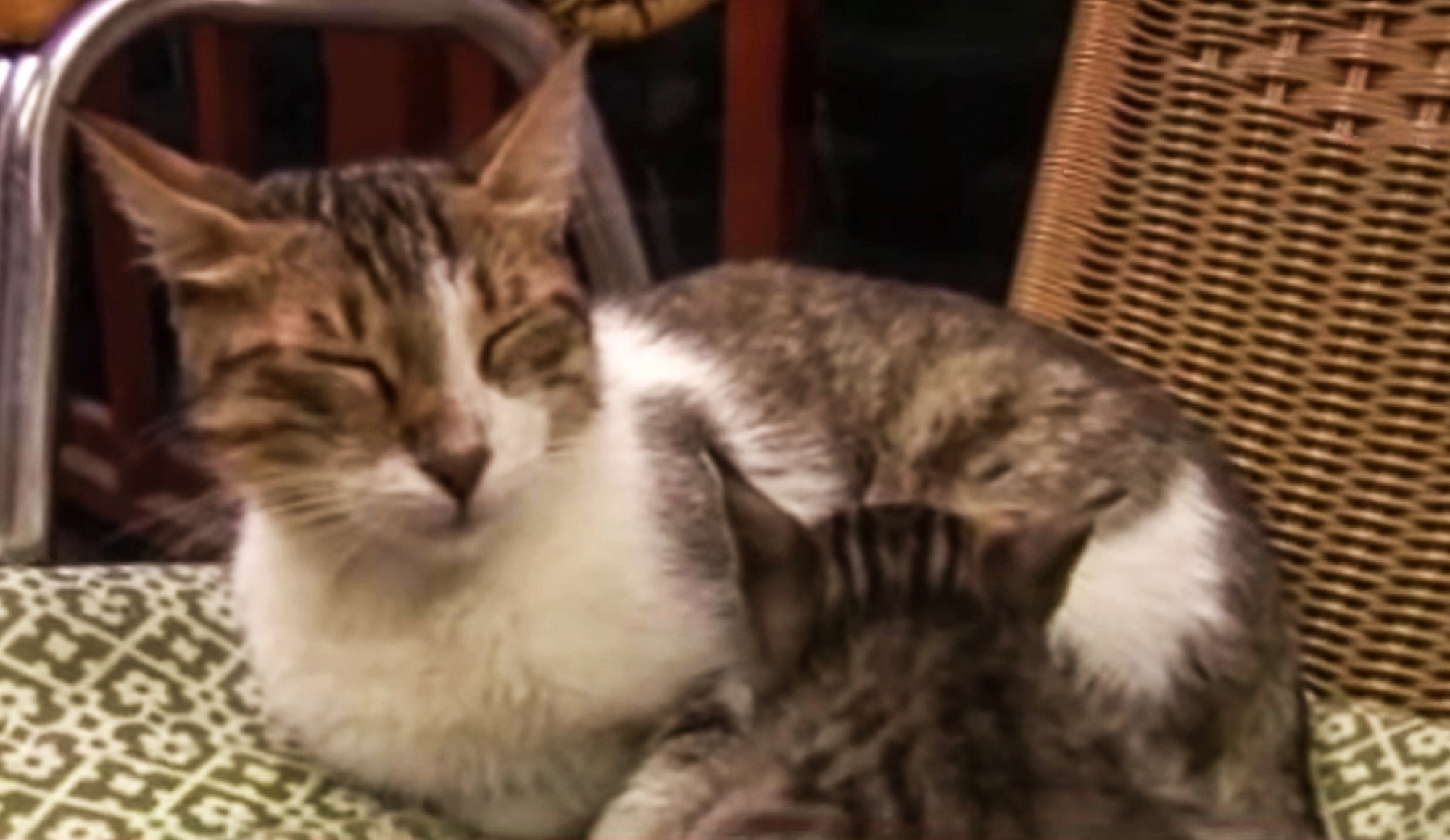 The cat, named Azrael, pounced on the dog walker outside a cafe in IstanbulCredit: Newsflash

Struggling to keep his pet out of harm's way, the under-siege dog walker almost lost his trousers as the cat pulled at his clothing.

The feline was thrown to the ground several times, but she repeatedly jumped at the dog cradled in the man's arms.

The man, dressed in a blue top and black trousers, had been walking past a cafe when the cat pounced on the pair, Turkish newspaper Sozcu reports.

Two staff members said the cat, named Azrael after the cat from comic franchise The Smurfs, had five kittens and she was very protective of her young.

The workers said Azrael had attacked other dogs who had come close to her kittens near the cafe.

The dog walker was eventually saved from the attack by onlookers, who stepped in to remove the cat. 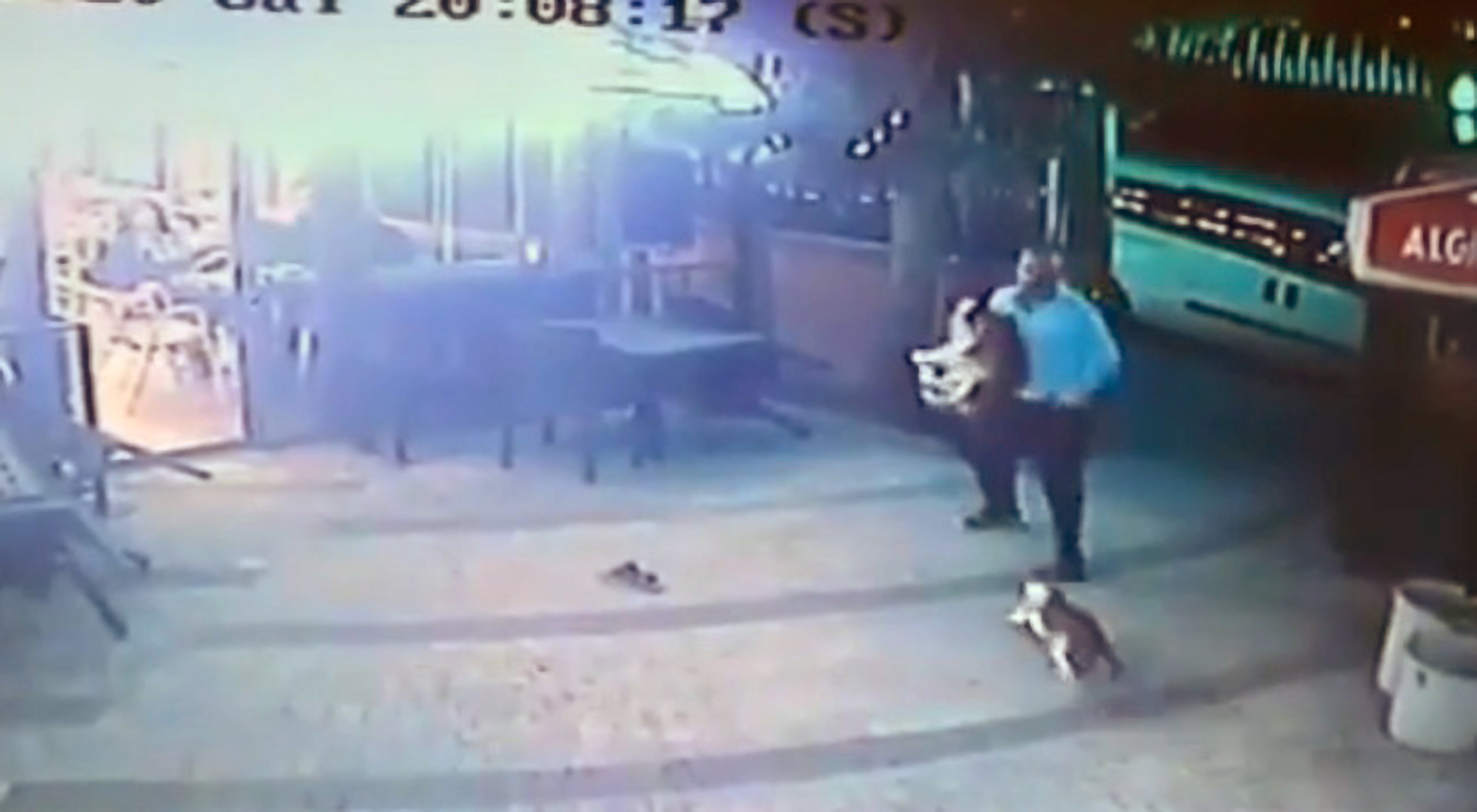 The dog walker cradled his pet in his arms to protect it from the catCredit: Newsflash 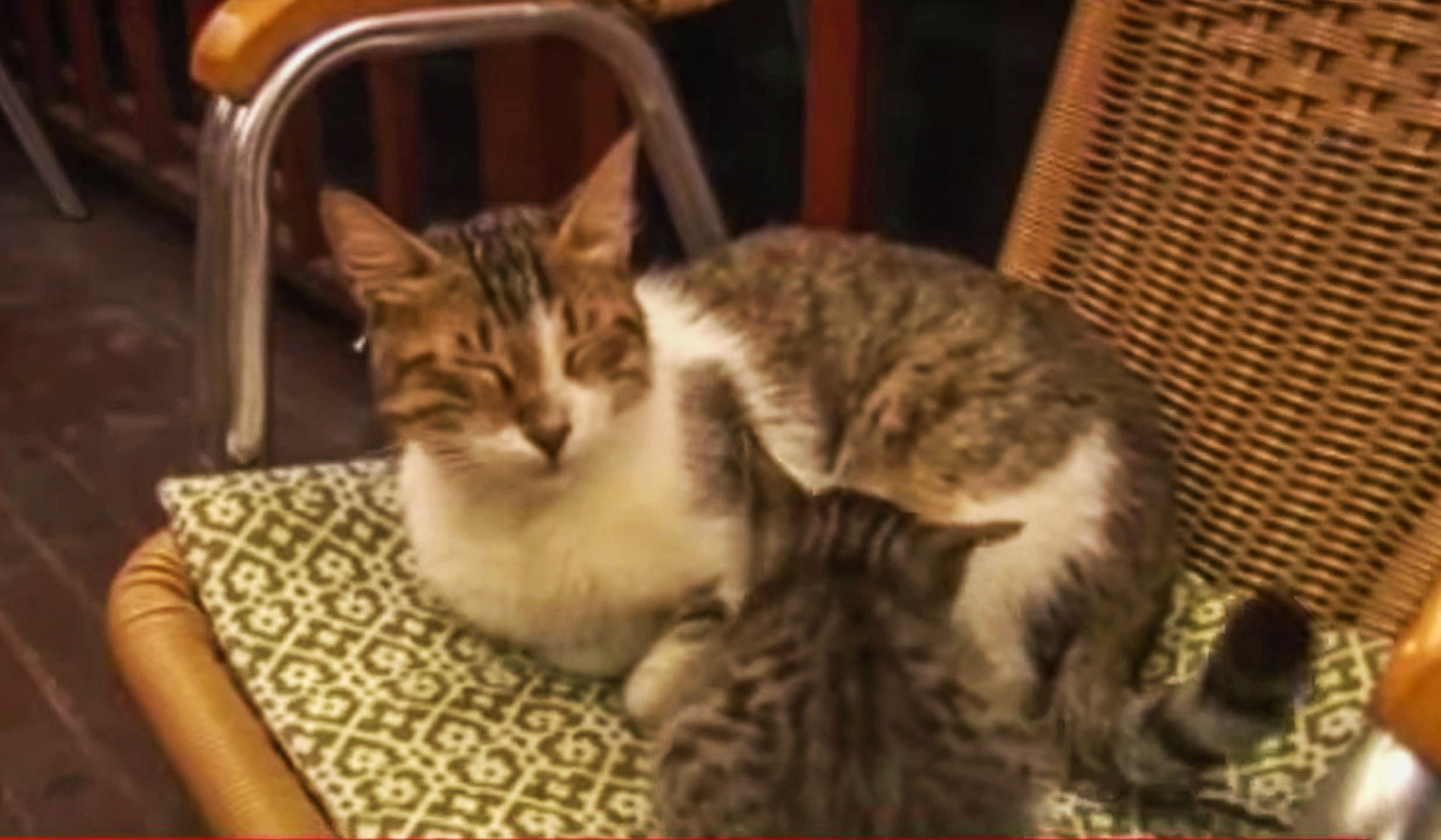 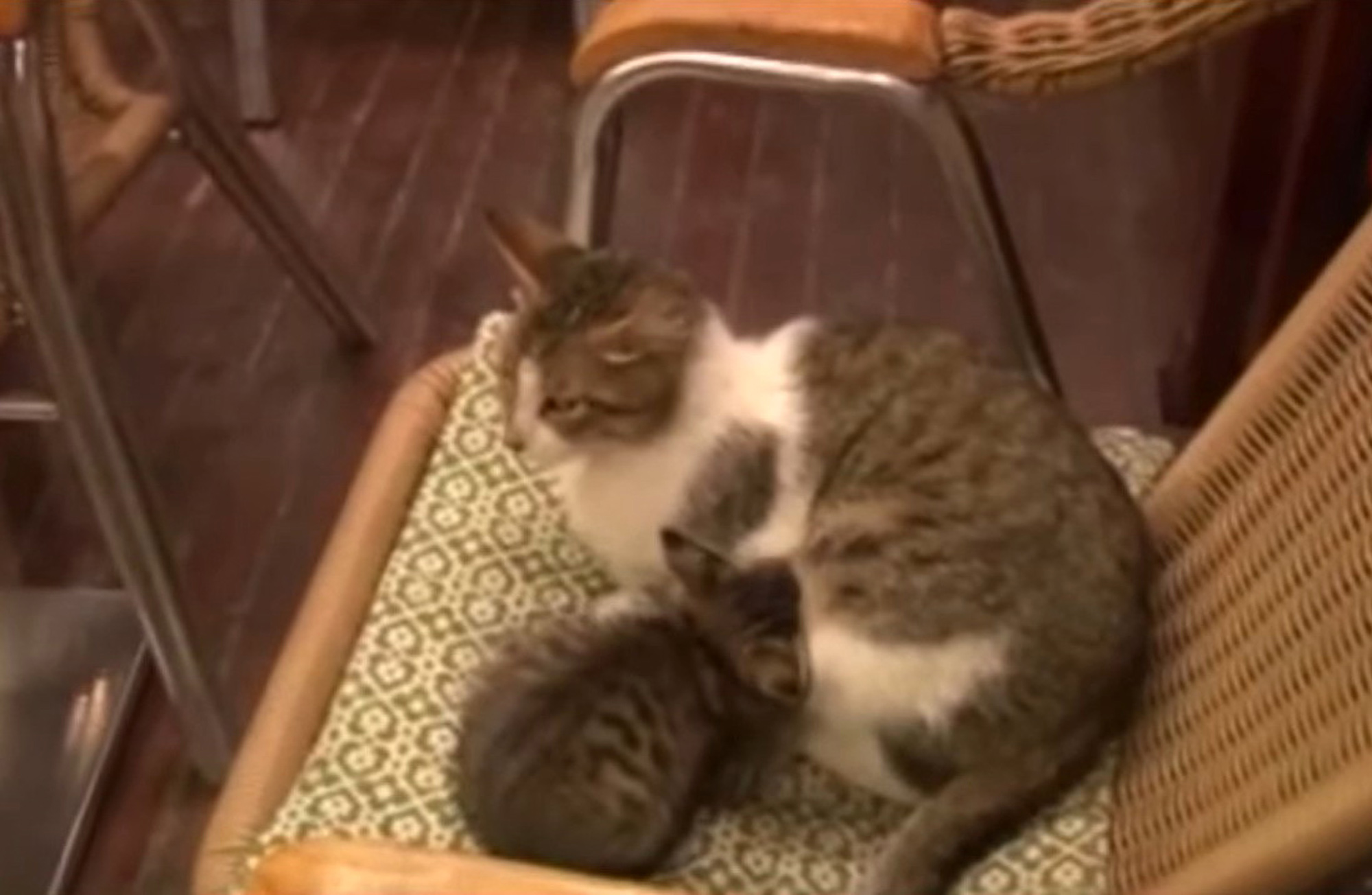 Azrael has attacked other dogs who got too close to her kittensCredit: Newsflash
Read Entire Article