Rare parasites ‘which can cause human miscarriages’ found in donkeys, scientists discover

RARE parasites which can cause human miscarriages have been found in donkeys, scientists have claimed. 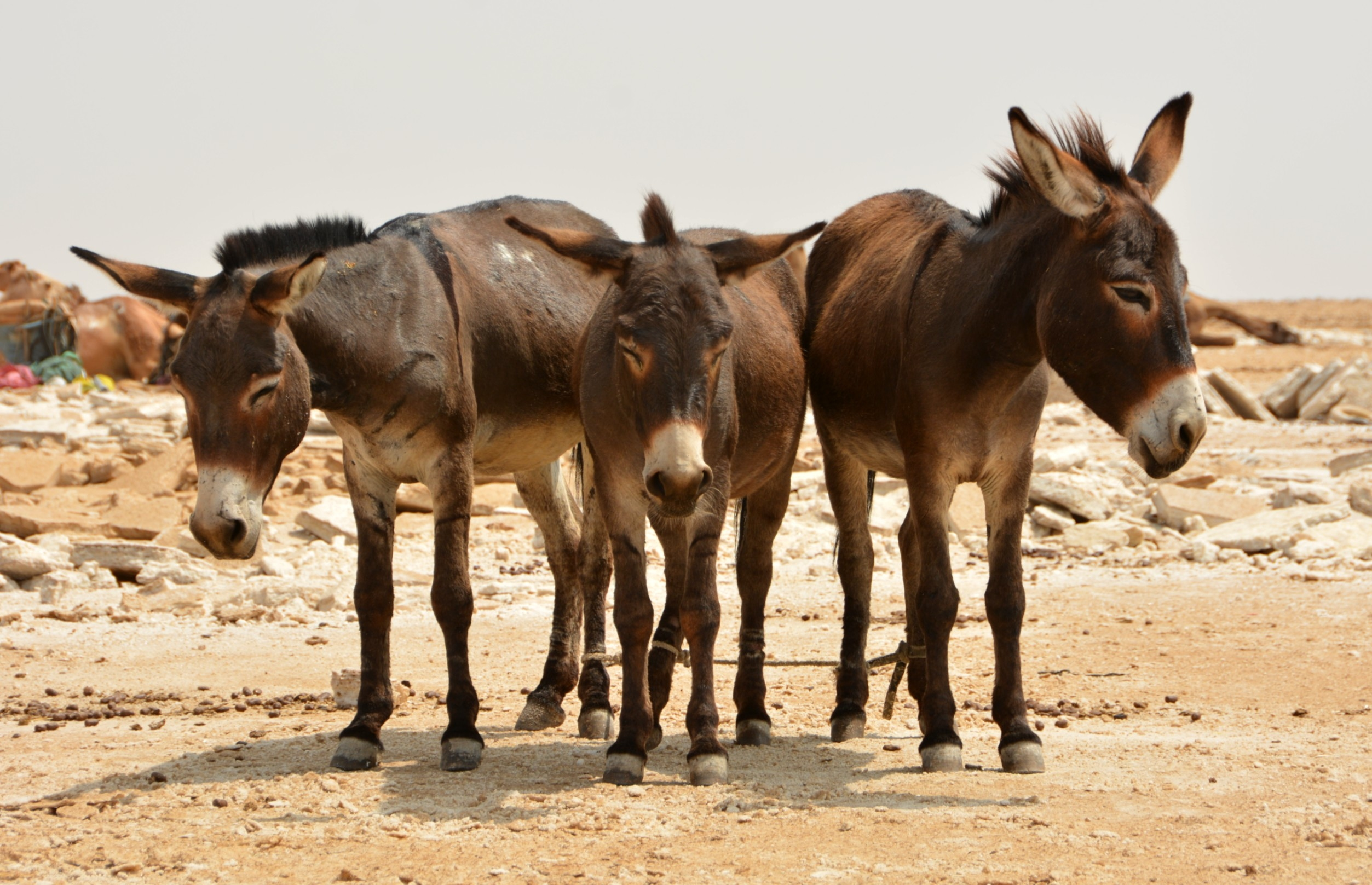 Donkeys can carry parasites that could cause miscarriages in pregnant women, scientists have claimedCredit: Getty - Contributor

Both parasites can infect various animal species - with cats and dogs being the definitive hosts - while T.gondii can go onto infect humans.

They cause tissue cysts can cause pregnancy loss and neurological disease, experts say.

T.gondii can also cause the disease toxoplasmosis, which can be harmful to pregnant women and carries a risk of miscarriage, stillbirth or birth defects, according to the NHS.

The new study, published in the journal Animals, now suggests that donkeys can carry the parasites.

Researchers from the Hebrew University of Jerusalem and the Kimron Veterinary Institute examined 98 donkeys - half from animal shelters and the other Palestinian Authority working donkeys.

Antibodies to both Toxoplasma gondii and Neospora were found in 94 per cent and 70 per cent of the animals, respectively.

In two cases, they detected tissue cysts during post-mortem examinations.

The researchers say it is the first report of Toxoplasma gondii and Neospora exposure to donkeys in the area.

Writing in their report, they said: "This is the first report of the exposure of donkeys to T. gondii and Neospora spp. in the area.

"The high prevalence found in this study suggests that donkeys may have a role in the maintenance of these parasites in the area, thus serving as a source of infection for the definitive hosts." 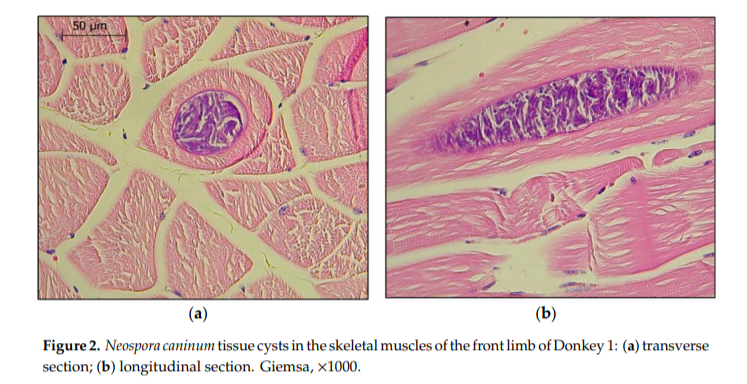 Neospora caninum tissue cysts in the skeletal muscles of the front limb of one of the donkeysCredit: Tirosh-Levy et al

Another finding from their research was that high exposure to both parasites may have been the result of poor sanitation.

Experts say that this can increase the chances of water-borne exposure to the parasites.

"The exposure of donkeys to both parasites was considerably higher than the exposure of other species in the area and may be the result of poor husbandry conditions and higher exposure to infection," they wrote.

"These results indicate that donkeys may have an important role in the maintenance and transmission of these parasites."

The NHS says that toxoplasmosis is actually a fairly common infection, spread from the poo of infected cats, or infected meat.

It's usually harmless but can cause serious problems in some people, particularly those with compromised immune systems or pregnant women.

Caught during early pregnancy it can cause serious complications, including miscarriage, but often women won't notice any symptoms themselves.

It's estimated that only 1 in 10,000 babies is born with toxoplasmosis in the UK.

Pregnant women aren't routinely screened for toxoplasmosis in the UK, a midwife or doctor can carry out a blood test to check for the infection.

Further tests may be carried out to check if the baby is affected and treatment may be given to reduce the risk of complications.

In people with weakened immune systems, such as those with HIV or undergoing chemotherapy, it may affect the eyes or brain.

To avoid the risk of catching the parasite, the NHS advises these groups of people to:

Wear gloves while gardening Wash your hands before preparing food and eating Wash hands, knives and chopping boards thoroughly after preparing raw meat Wash fruit and vegetables thoroughly to get rid of any traces of soil Wear gloves while emptying cat litter trays and empty them every day Do not eat raw or undercooked meat, or cured meats like salami or parma ham Do not have unpasteurised goats' milk or any products made from it Do not touch or handle pregnant sheep or lambs

Very few people who are infected will have symptoms because a healthy person’s immune system usually keeps the parasite from causing illness, according to the US Center for Disease Control and Prevention.

Experts point out that you cannot catch toxoplasmosis from stroking a cat, having a cat as a pet or from coming into contact with someone who's got it.

If you suspect you have any symptoms or are concerned, speak to your GP.

Creepy parasite removed from a fish after devouring its tongue