A REAL estate agent who was recorded calling a woman a “stupid blue hair Asian girl” has been fired from his company.

The real estate agent was identified by Twitter users who watched the clip posted by the victim, "Em," as Mike Dalcin of California. 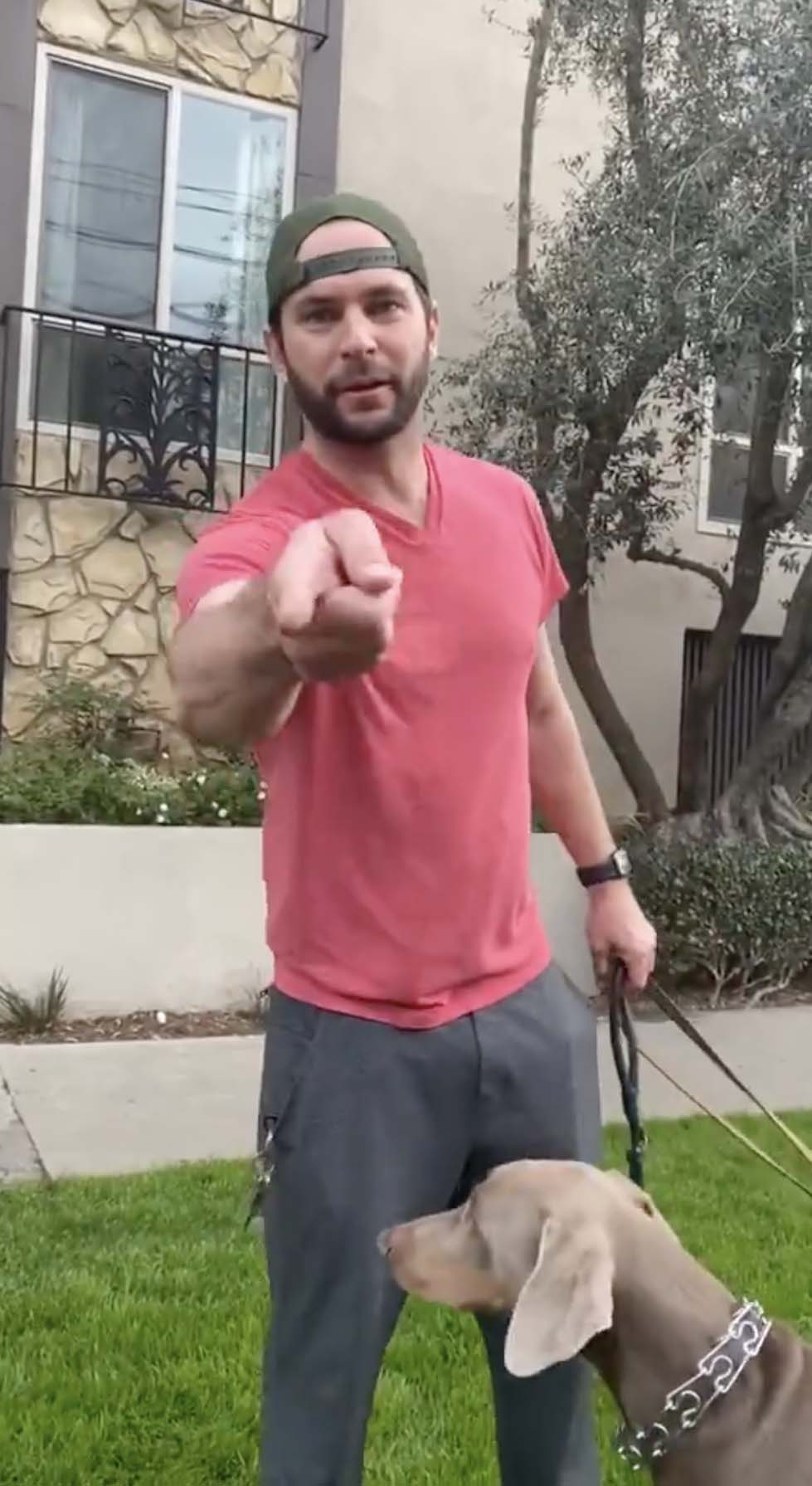 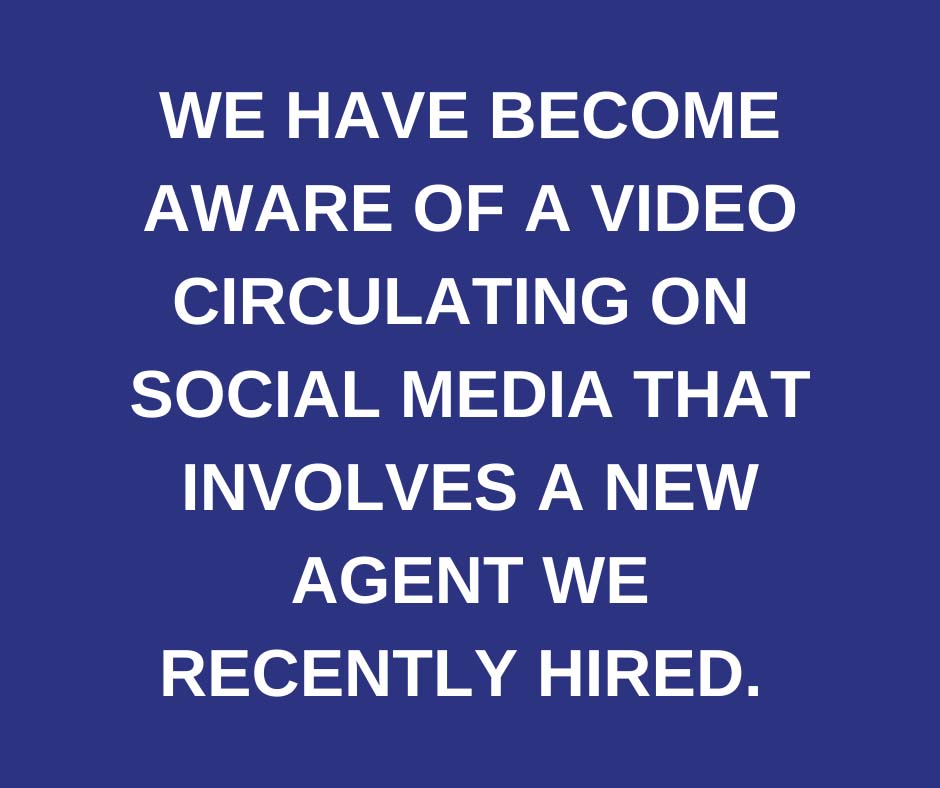 Beach City Brokers announced it was aware of a video with a real estate agent they recently hiredCredit: Facebook

Em tweeted on Thursday that she was walking in Brentwood at 5pm when she stopped to look at her phone and a man “came out of his home & verbally assaulted me,” according to the New York Post.

“He approached me, maskless. I asked him to step away,” Em wrote in since-deleted tweets. 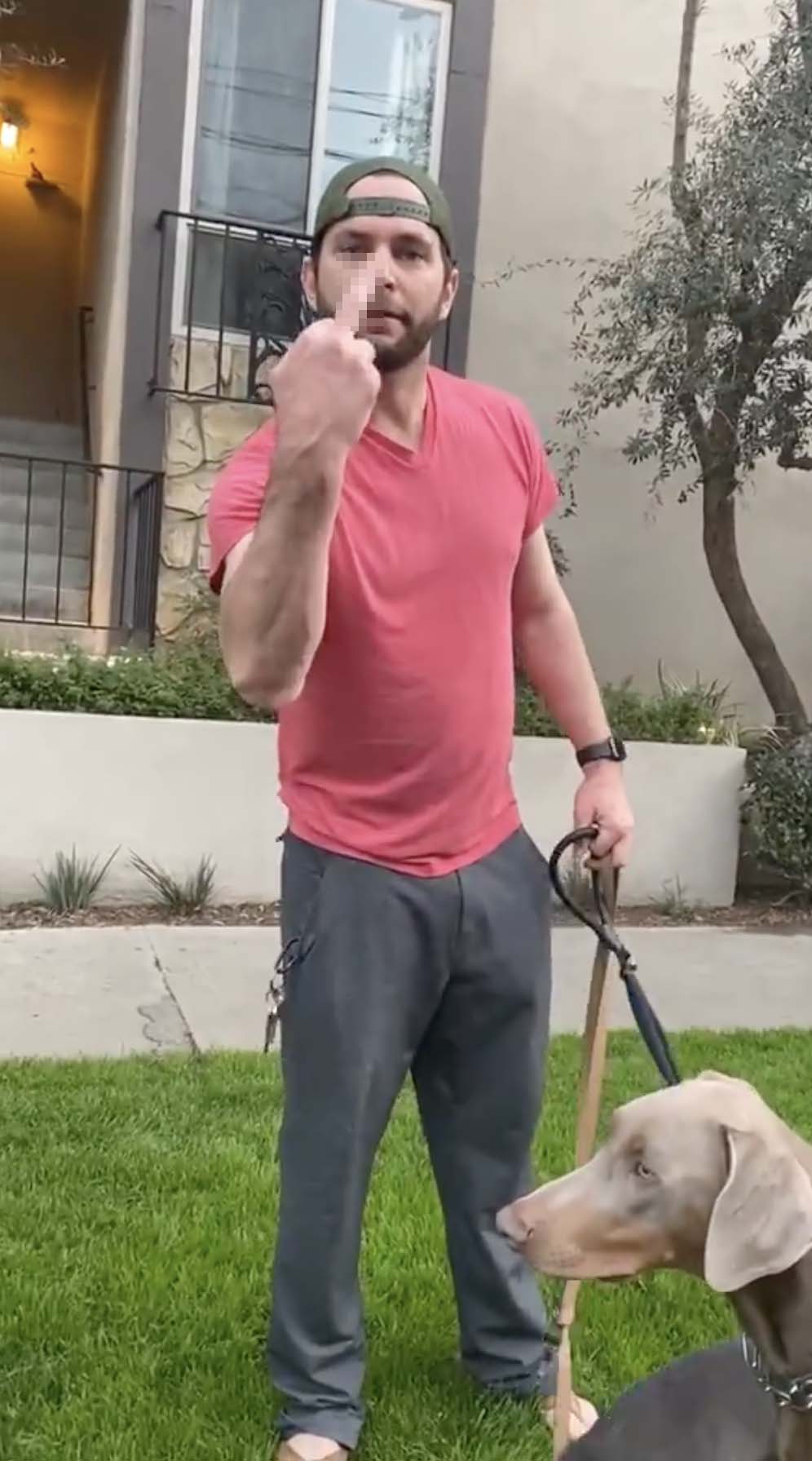 The man cursed at the victim and flashed his middle fingerCredit: Twitter 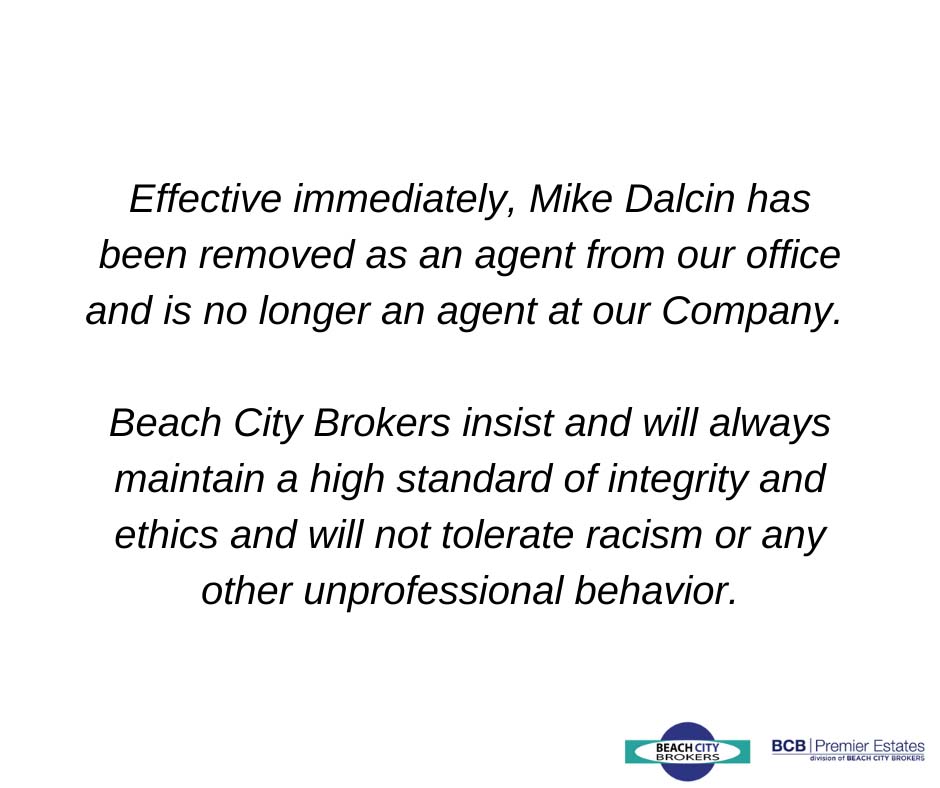 Beach City Brokers wrote that Mike Dalcin was 'no longer an agent at our Company'Credit: Facebook

“Are you up against the car?” the man says.

“No one is going to pay attention to you because you’re dumb and you’re a stupid blue Asian haired girl.”

The man also says “f**k you” four times and then walks toward Em saying, “I can record you, you dumb b***h.” 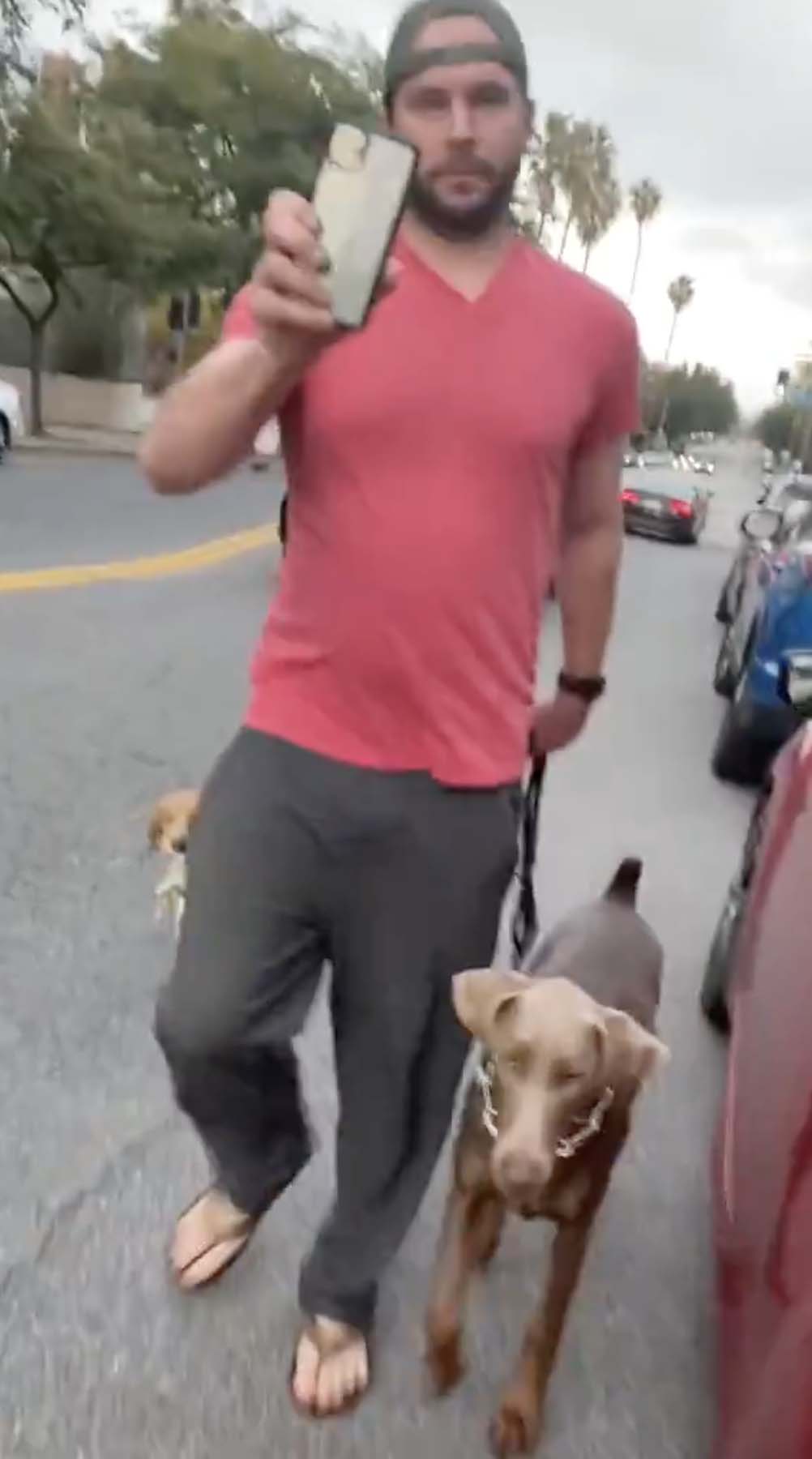 The man verbally assaulted the woman while he was walking two dogsCredit: Twitter

What occurred prior to the video is not clear.

Dalcin’s company, Beach City Brokers, announced in a Facebook post on Friday it had severed ties with him.

“We have become aware of a video circulating on social media that involves a new agent we recently hired….” the post states.

"Effective immediately, Mike Dalcin has been removed as an agent from our office and is no longer an agent at our Company.” 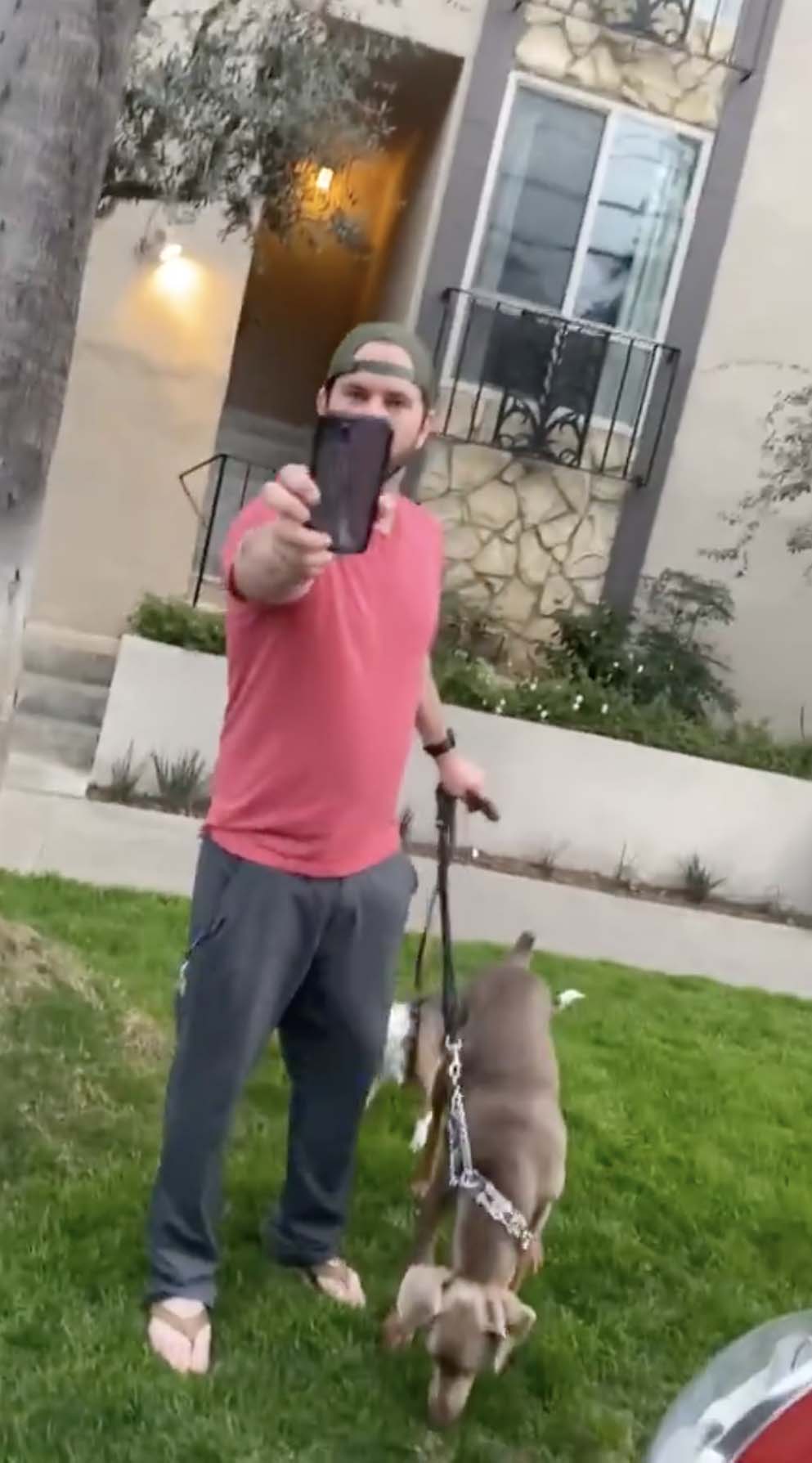 The man also recorded video from his phoneCredit: Twitter

Beach City Brokers added that it “will always maintain a high standard of integrity and ethics and will not tolerate racism or any other unprofessional behavior.”

Em said she reported the incident to the Los Angeles Police Department, which did not launch an investigation.

The encounter occurred less than two blocks away from 875 South Bundy Drive, the home where Nicole Brown Simpson and Ronald Goldman were murdered in 1994. 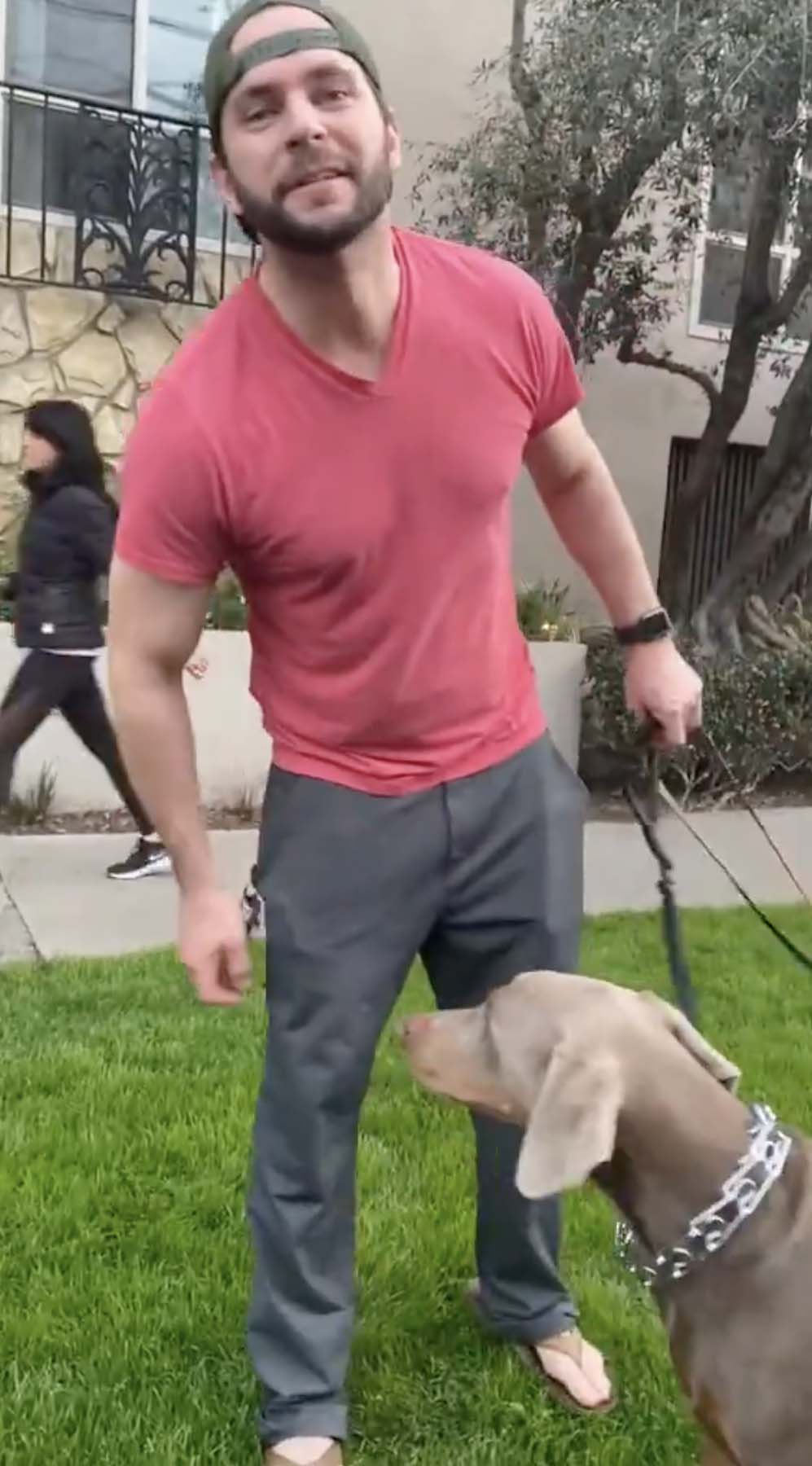 OJ Simpson was acquitted of the double murder.

However, he has been charged with crimes that were later dismissed.

Charges against him in 2007 included assault with a semi-automatic firearm, drawing or exhibiting firearms, possession of a firearm by a felon, false imprisonment by violence, and menace.

The following year, he was charged with public intoxication and disturbing peace.