REPUBLICANS have blasted Donald Trump’s claims of “illegal votes” as “dangerous” and “not factual”.

The US President today claims he would have “easily won” the “fraudulent" election if only “legal votes” had been counted. 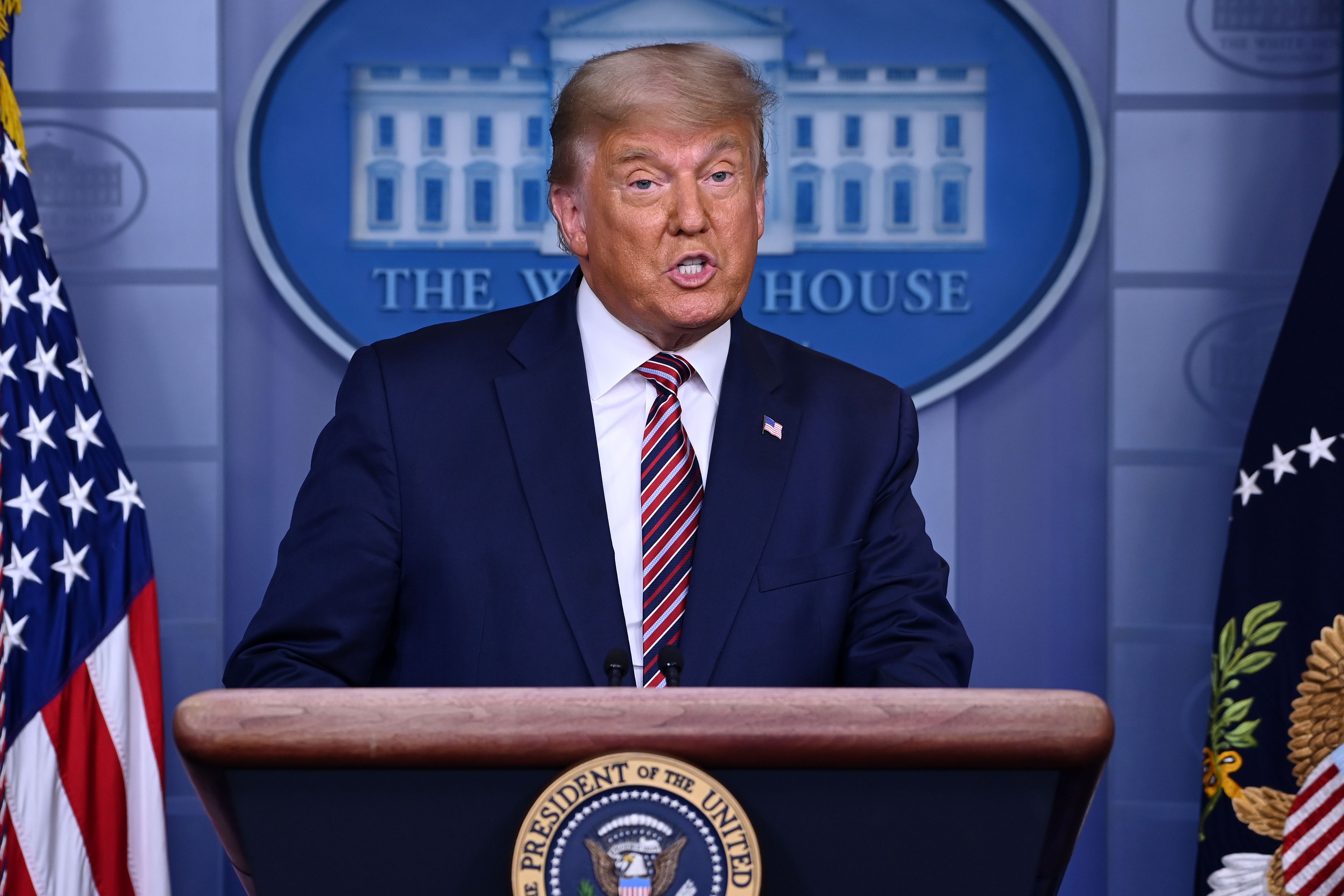 Trump alleges there is “tremendous corruption” surrounding mail-in ballots in a number of battleground states which have yet to be called.

And with his opponent on the cusp of winning the election, leading Republicans have denounced their party's candidate.

He said: “No Republican-elected official is going to stand behind that statement. I mean none of them will.”

Santorum, who served as a senator representing Pennsylvania, added that the president’s remarks were “not something anything elected official should say.”

He said there was "no evidence" to support Trump's claims and called for an “investigation” into the claims.

The staunch conservative said: “There may be fraud but we don't know that right now and for the president to go out there and claim that without any evidence of that is dangerous." 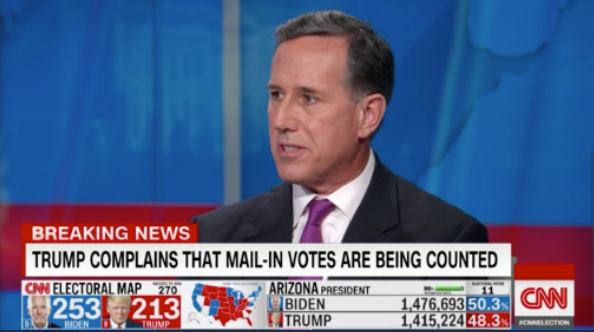 Rick Santorum hit out at the president's 'dangerous' claims

Maryland Gov. Larry Hogan, who previously criticised Trump over his handling of the Covid crisis, was also quick to slam the president’s claims.

He tweeted: “There is no defense for the President’s comments tonight undermining our Democratic process.

“America is counting the votes, and we must respect the results as we always have before.

“No election or person is more important than our Democracy.”

And Congressman Paul Mitchell also hit out at Trump saying politicians should accept loses with “grace.”
He tweeted: “I have experienced both losses and victories in elections.

“Losses hurt deeply - I know that personally. But our nation demands that its political leaders accept both wins and losses with grace and maturity. Let the voters decide.”

He added: “If anyone has proof of wrongdoing, it should be presented and resolved.

“Anything less harms the integrity of our elections and is dangerous for our democracy.”

Congressman Adam Kinzinger said the president’s rhetoric and insistence on “spreading debunked misinformation” was “getting insane.”

He tweeted: “We want every vote counted, yes every legal vote (of course).

“But, if you have legit concerns about fraud present EVIDENCE and take it to court.

“STOP Spreading debunked misinformation… This is getting insane.”