Rooster fitted with 3-inch knife for illegal cockfight kills owner, 45, after slashing his groin in India

A ROOSTER fitted with a 3-inch knife ahead of a brutal cock fight killed his owner by slashing his groin in India.

The bird sliced the 45-year-old as it struggled to break free from his grasp before an illegal fight. 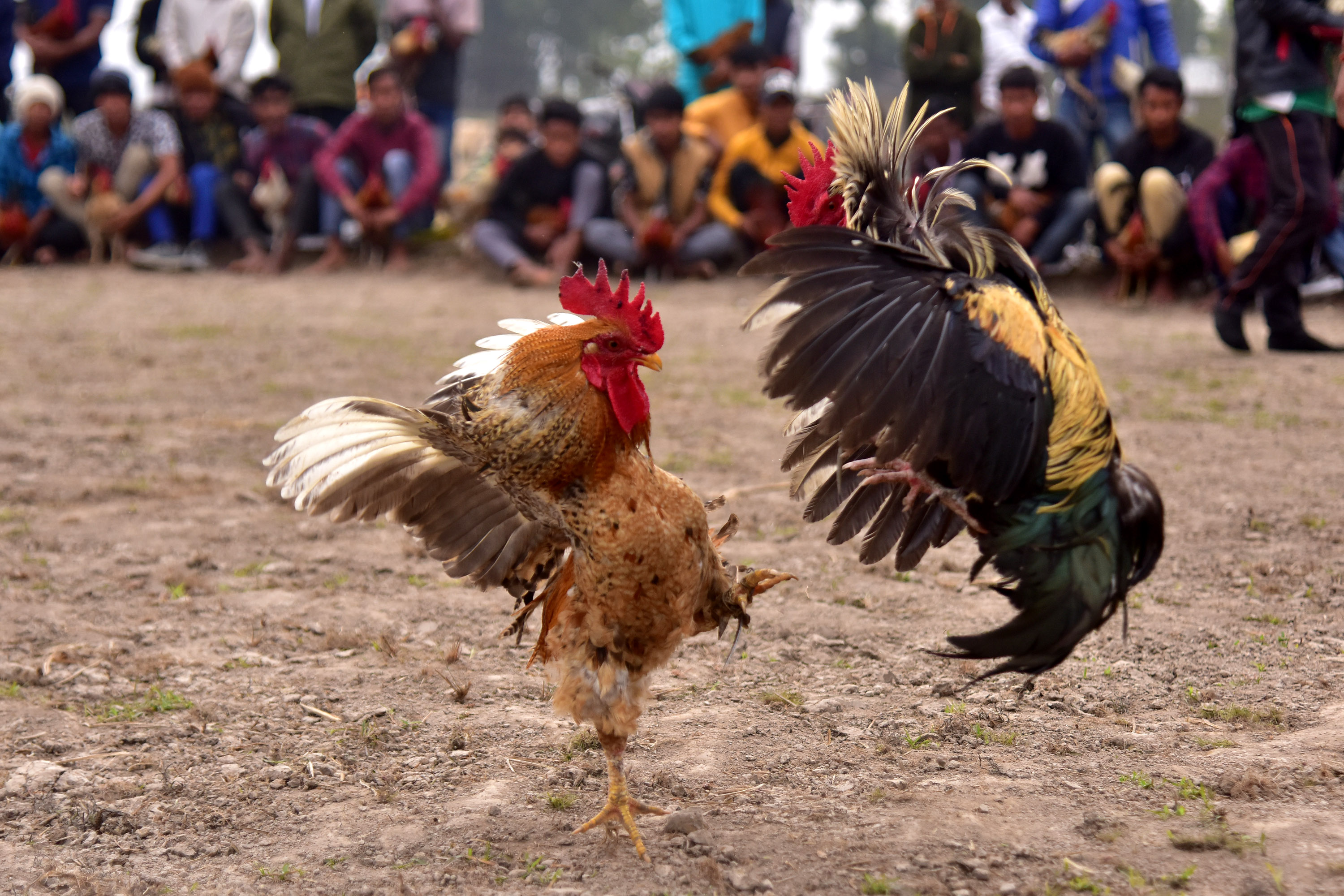 Cockfighting has been illegal in India in 1960Credit: Getty Images - Getty

The man died from blood loss as he was rushed to hospital in the rural village of Lothunur in India's southern Telangana state.

The blade was strapped to one of the bird's legs ahead of the fight on the grounds of a temple.

Every year, thousands of roosters die during the fights and strapping knives to their legs is not unusual.

Last year, a man died after a rooster's blade sliced his neck as he carried the petrified animal to a fight in the south-eastern state of Andhra Pradesh.

His death sparked a police investigation and hunt for at least 15 other people involved in the illegal cockfighting event last Tuesday.

Cops seized the animal and kept it at a local police station before sending it to a chicken farm.

One animal-loving constable has even been assigned to ensure the rooster's wellbeing, reported the New Indian Express.

B Jeevan, a local police officer said others involved in the event could face charges of manslaughter, illegal betting and hosting a cockfight.

Jeevan called it a "freak accident".

The cruel so-called sport has been banned in India since 1960, but the fights are held in rural areas such as Telangana, Andhra Pradesh, Karnataka and Odisha states.

In 2017, officers broke up a cockfighting ring at a home in Illford, east London.

Horrified cops discovered a blood-soaked arena where the birds fought to the death.

Five men and a 16-year-old boy were banned from keeping birds for life after they were convicted of hosting the fight.

Ten cockerals and two hens were seized and placed into RSPCA care.