A BALLISTIC missile and multiple booby-trapped drones have been blasted out of the skies over Saudi Arabia today, say reports.

Officials in Riyadh claim they intercepted the rocket over the capital and also bomb-laden drones targeting a province in the south. 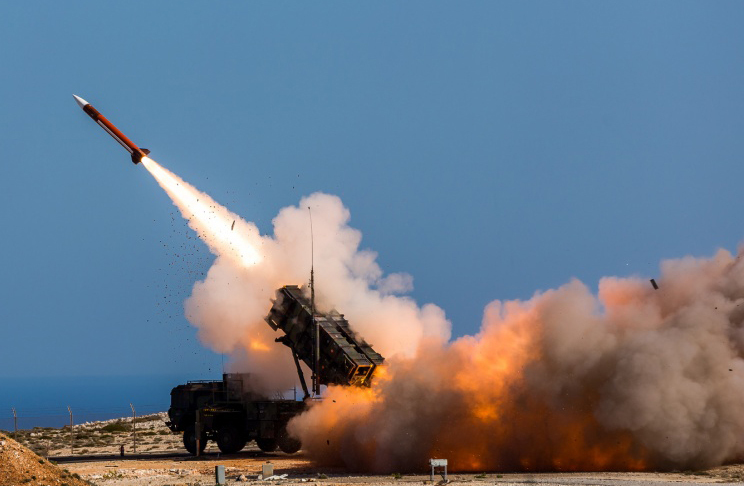 It's reported the incoming rocket was taken out by a Patriot missile (stock above)Credit: AP:Associated Press

Videos posted on social media appear to show a missile travelling through the air before it is struck by another missile and explodes.

The attack appears to be the latest in a series of airborne assaults the Saudis have blamed on Yemen's rebel Houthis.

The Saudi-led military coalition fighting in Yemen's long-running war announced the Iran-allied rebels had launched a missile toward Riyadh and several drones toward the province of Jizan. 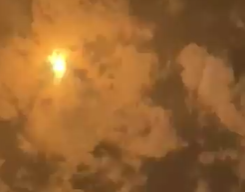 Videos posted on social media claimed to show an explosion as the missile was taken outCredit: Twitter

No casualties or damages were initially reported. There was no immediate comment from the Houthis.

The attack comes amid sharply rising tensions in the Middle East, a day after a mysterious explosion struck an Israeli-owned ship in the Gulf of Oman.

That incident renewed concerns about ship security in the same site that saw a spate of suspected attacks on oil tankers in 2019 that the U.S. Navy blamed on Iran.

The state-owned Al-Ekhbariya TV also posted footage of what appeared to be explosions in the air over Riyadh.

Social media users also posted videos, with some showing residents shrieking as they watched the fiery blast, which appeared to be the kingdom's Patriot missile batteries intercepting the ballistic missile.

As Yemen's war grinds on, Houthi missile and drone attacks on the kingdom have become increasingly common, only rarely causing damage.

Riyadh has been targeted in sporadic missile attacks in that time, while the Saudi-led coalition has faced widespread international criticism for airstrikes in Yemen that have killed hundreds of civilians.

The U.S. Embassy in Riyadh issued a warning to Americans, calling on them to stay alert in case of additional future attacks.

The Houthis have held Yemens capital and the country's north, where the majority of the population lives, since September 2014.

Saudi Arabia intervened in the civil war in 2015 with a number of Arab allies.

This was done to counter the Ansar Allah, or Houthi, movement which was gaining in power.

US President Joe Biden has halted support to Saudi offensive operations in Yemen's war, which he called a "catastrophe" that "has to end".

But he has also reiterated US support for Saudi Arabia in defending its territory.