SEVEN people have died from blood clots after taking the AstraZeneca vaccine in the UK – but regulators have insisted the jab is safe.

The medicines regulator confirmed that of the 18.1 million people given the vaccine, 30 had gone on to have blood clots and as of 24 March, seven of those had died. 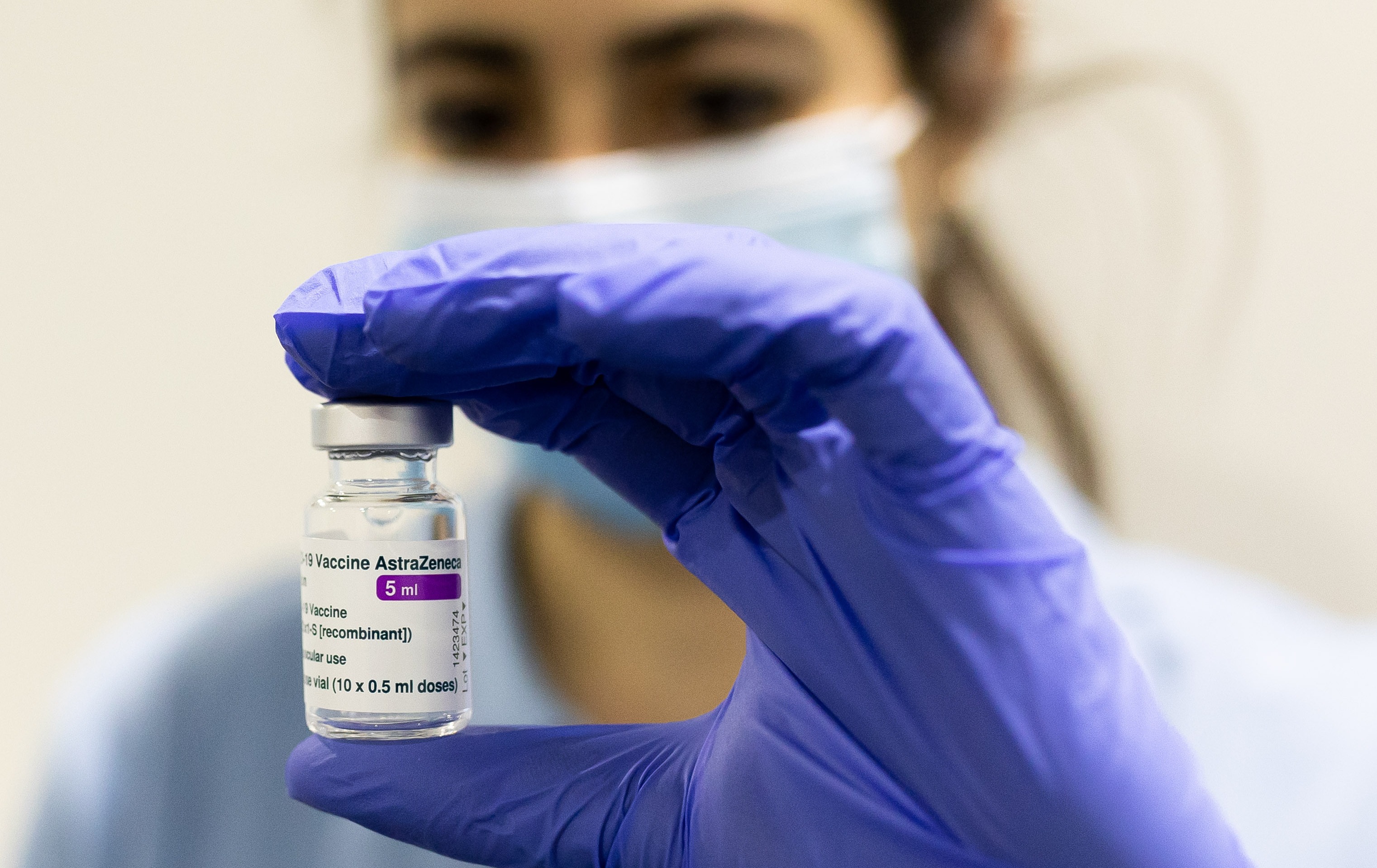 The medicines regulators says the jab is safeCredit: Rex 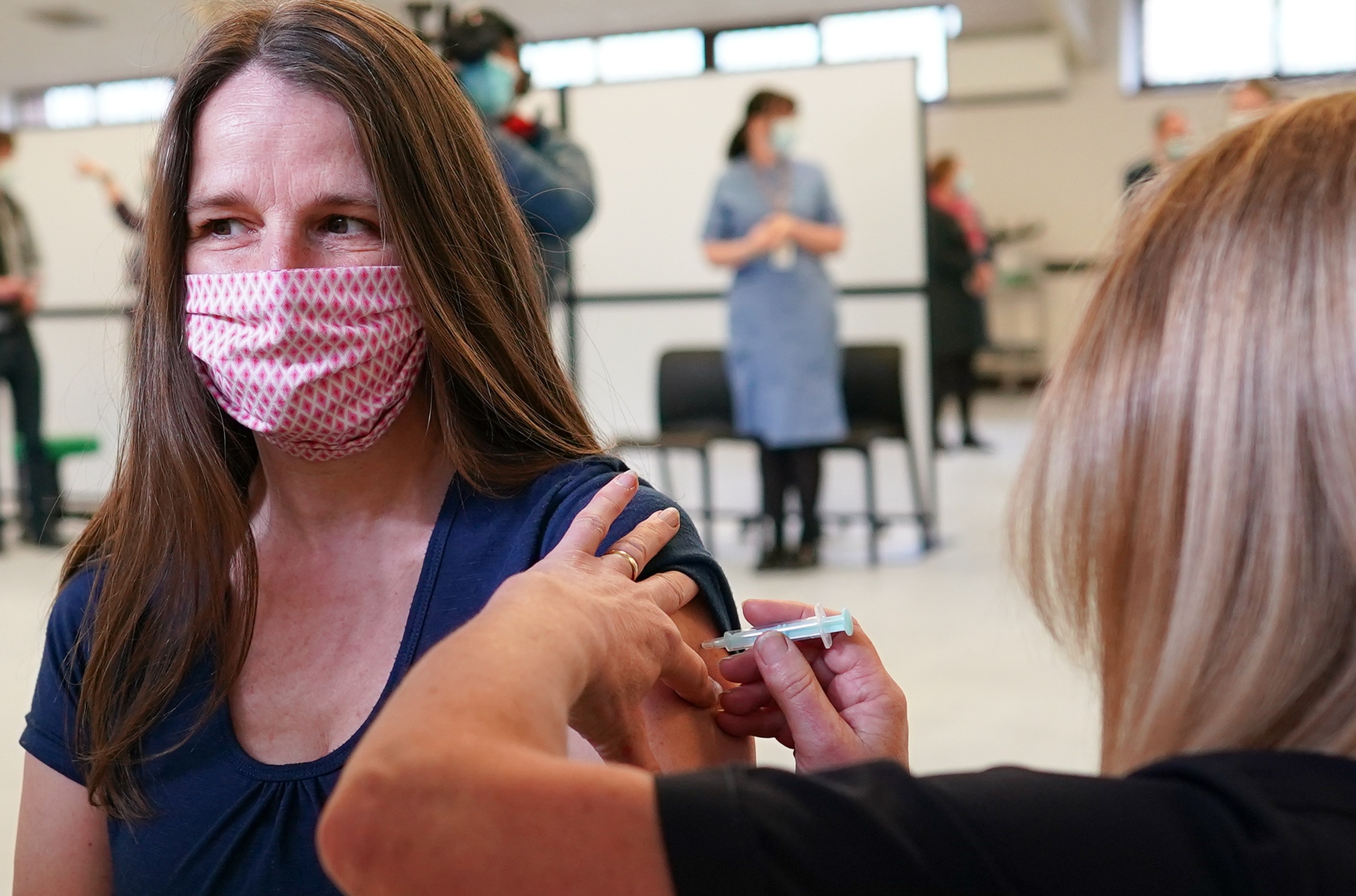 A woman receiving the AstraZeneca vaccine in PenrithCredit: Getty

The Medicines and Healthcare Products Regulatory Agency said there is currently no evidence to suggest a causal link between blood clots and the vaccine, and that the benefits continue to outweigh any risk.

Investigations are under way to determine if there is a link or if the cases are a coincidence.

The MHRA's chief executive, Dr June Raine, said: "The benefits of Covid-19 Vaccine AstraZeneca in preventing COVID-19 infection and its complications continue to outweigh any risks and the public should continue to get their vaccine when invited to do so."

The MHRA said on Thursday there had been "22 reports of cerebral venous sinus thrombosis (CVST) and 8 reports of other thrombosis events with low platelets".

One scientist has said there is growing evidence the occurrence the blood clots among people who have had the AstraZeneca coronavirus vaccine is "causally related".

Professor Paul Hunter, a medical microbiologist at the University of East Anglia, told the BBC Radio 4 Today programme: "It is not uncommon to get clusters of rare events purely by chance.

"But, once you find that cluster in one population and it then crops up in another - such as previously in the German and now in the English - then I think the chances of that being a random association is very, very low.

"Clearly more work needs to be done, but I think the evidence is shifting more towards it being causally related at the moment."

However he said that the risks of taking the AstraZenca vaccine were still far outweighed by the risks of not getting the jab.

"The chance of dying if you don't have the vaccine is many times greater than the risk of dying from CVT (cerebral venous thrombosis) after the AstraZeneca vaccine, even if it does turn out, as I suspect it will, that this link is causal," he said.

The British Society for Haematology has issued new guidance for doctors, amid concerns about a condition known as thrombocytopenia.

It involves patients who have low numbers of platelet cells, needed for clotting, in their blood.

The guidance states: "An expert team of our peers have recently been involved in diagnosing and managing a rare syndrome of thrombosis associated with low platelets which have been reported in a few cases.

Scientists say they know how jab could potentially cause blood clots

A handful of the millions of people who have received the vaccine in Europe have experienced the extremely rare complication.

While it is still uncertain whether this was directly caused by the vaccine, scientists in Europe say they have an explanation.

Two studies, in Germany and Norway, claim the shot may cause the body to activate its own platelets - blood cells which form clots to stop bleeding.

This causes the blood to thicken, leading to potentially deadly clots.

Noweigan professor Pål Andre Holme claimed this was the “most likely” cause.

But independent scientists said the theory is based on the "weakest evidence", and gave no further answers.

Millions of people across the world have had the AstraZeneca vaccine - developed by Oxford University - without any complications.

Regulators have stressed that the benefits of the jab, to prevent Covid deaths, far outweigh any potential risks.

European regulators say there is no overall increased risk of blood clots in people who get the shot, or that from Pfizer.

But it is unclear whether a very small number of brain blood clots - including five in the UK, one of whom died - were the result of the jab.

The condition, called CVST, occurred with low blood platelets and is an extremely rare combination of events.

It’s so rare, UK regulators at the MHRA said they did not know how often it happens in the general population.

While investigations continue, people have been urged to accept their vaccine offer when it comes.

If anyone experiences headaches or severe bruising after their jab, they should seek medical help immediately, experts have warned.

The German study, led by the University of Greifswald, looked at nine patients in Germany and Austria who had some form of blood clotting after one AZ shot, seven of whom had a blood clot.

They believe the phenomenon is similar to a rare disorder that occurs with a blood thinning drug called heparin.

Heparin can trigger the immune system to create antibodies that fire up the platelets.

This is called “heparin-induced thrombocytopenia (HIT)”, and can also be caused by other drugs, leading the scientists to believe it could be the case for the AZ jab, too.

Researchers said four people studied had these antibodies in the blood.

And 20 individuals who received the vaccine but did not develop clots did not have these antibodies.

Adam Finn, professor of paediatrics at the University of Bristol, said the study had “several limitations” that make its findings less convincing.

For example, it was not investigated whether the patients had previously had Covid - a risk factor for blood clotting in itself.

He said: “The authors’ conclusion that the relationship with vaccination is causative seems insecure at this point and further information on incidence and mechanism in this and other populations is therefore urgently needed to resolve this question."

"At the moment, any causal association with coronavirus vaccination has not been established.

"However, if you identify patients with this syndrome in proximity to coronavirus vaccination, it is very important that you complete the online yellow card - this will trigger a request from MHRA for further details."

MHRA has said that anyone who’s been given the jab and has a headache that lasts for more than four days or bruising beyond the site of the vaccination after a few days, should seek medical help.

But it also added that a headache is part of one of the most common side effects of the vaccine - flu-like symptoms, although these should normally disappear within a day or two.

Fears over the safety of the Oxford/AstraZeneca jab led 20 European countries to suspend vaccinations last month.

Most resumed after the European Medicines Agency (EMA) ruled the vaccine was safe for all ages.

But France and Germany have said it should not be given to younger patients who are thought to be more at risk of clots.

Millions of people across the world have had the cheap and effective AstraZeneca vaccine without any complications.

Regulators have stressed that the benefits of the jab far outweigh any potential risks.