According to police, the man named Scott Rexroat turned up at a street rally in Pinellas County, Florida carrying a sign with Swastikas and wearing a confederate flag. 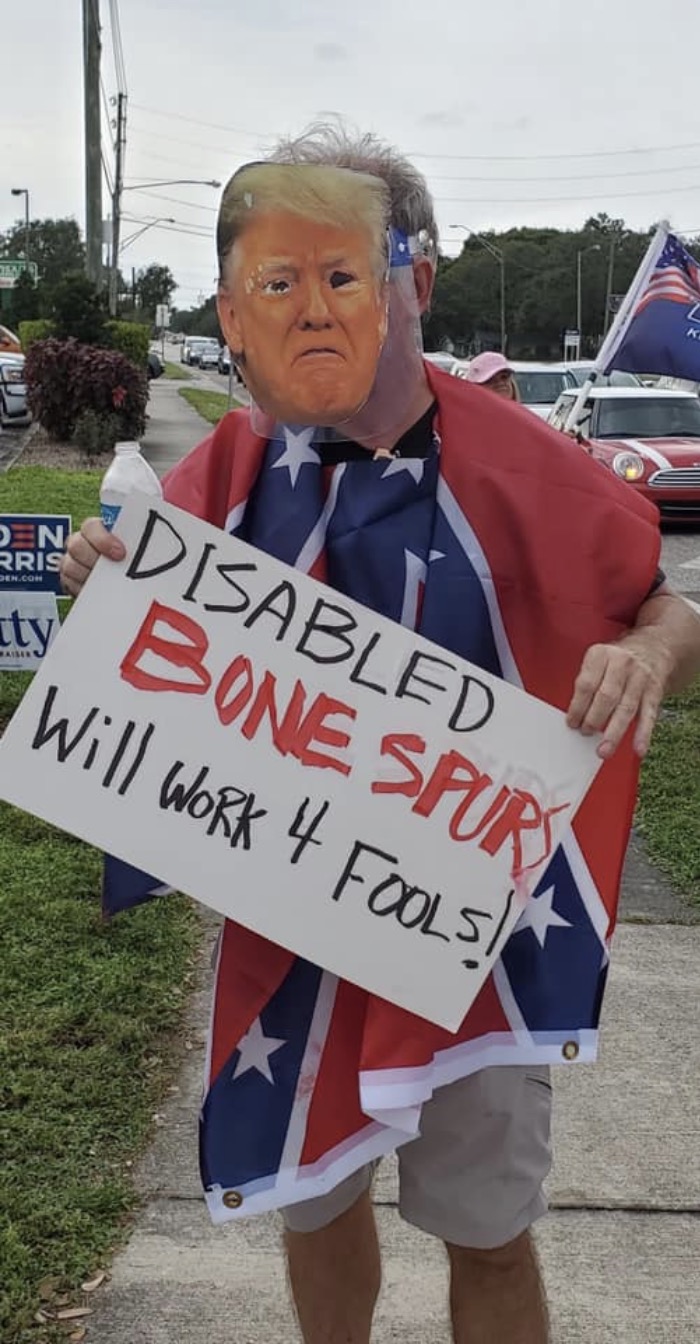 A anti-Trump agitator was arrested after allegedly punching a cop in FloridaCredit: Facebook/Kiana Lynn 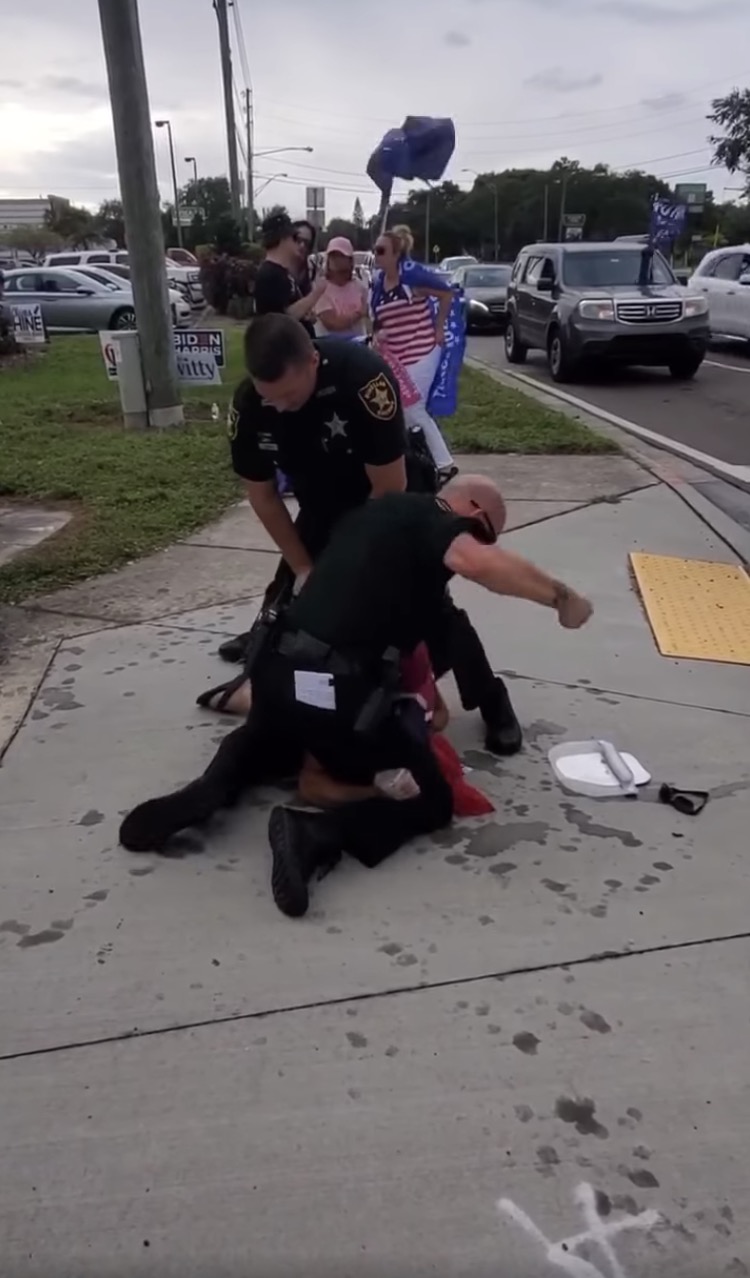 Footage shows the man being detained by officersCredit: Facebook/Kiana Lynn 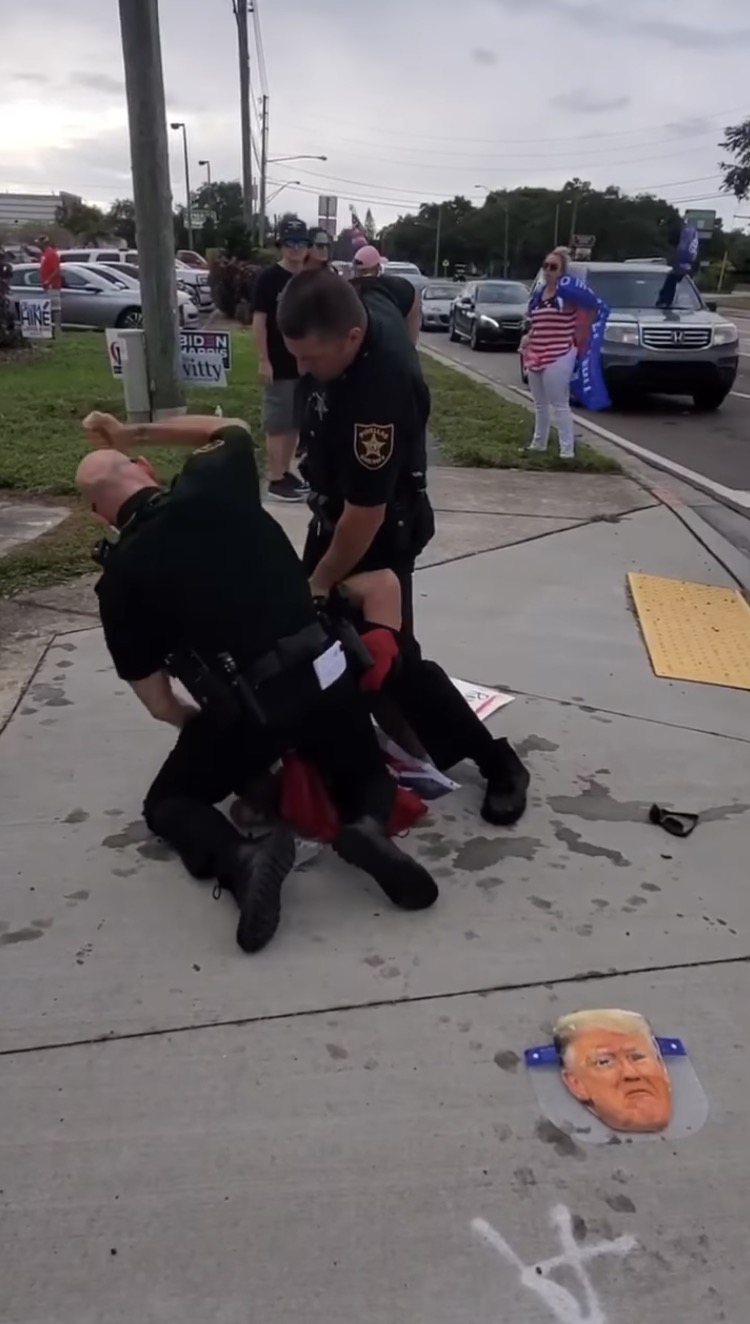 One of the cops is seen striking the man while trying to handcuff himCredit: Facebook/Kiana Lynn

In pictures posted online, Rexroat can be seen wearing a Trump mask and holding a sign which reads: "Disabled. Bone spurs. Will work 4 fools!" in a reference to the president's draft deferment during the Vietnam war.

Officers allege the man, from nearby Clearwater, took photos of the Republican supporters and called them “Nazis.”

He is then alleged to have punched a cop on the arm and shoulder after having “several” altercations with the Trump fans, reports WFLA.

The footage shared widely on social media shows two officers on top of Rexroat while trying to cuff him.

One of the cops is seen striking the Florida resident several times as he tries to grab his right arm.

Rexroat was charged with disorderly conduct and battery on a police officer.

The Facebook user who filmed the arrest claims Rexroat was detained “for absolutely no reason.”

They wrote: “The police jumped the guy from behind. It was horrible. He was not a young man. Definitely, not warranted at all.

“The man was standing next to someone with a Trump flag and people were taking pictures.

“The guy said 'get away from me', within 1 second the police grabbed him and he was on the ground with 2 police officers on top of him.

“One police officer repeatedly punched and elbowed the man.”

Florida is the largest swing state in the US with 29 electoral votes.

Only twice since 1928 has the candidate who has won the 'Sunshine State' not gone onto win the presidency.

In 2016, Donald Trump won 49.02 per cent of the vote in Florida narrowly beating Democrat Hillary Clinton who took 47.82 per cent. 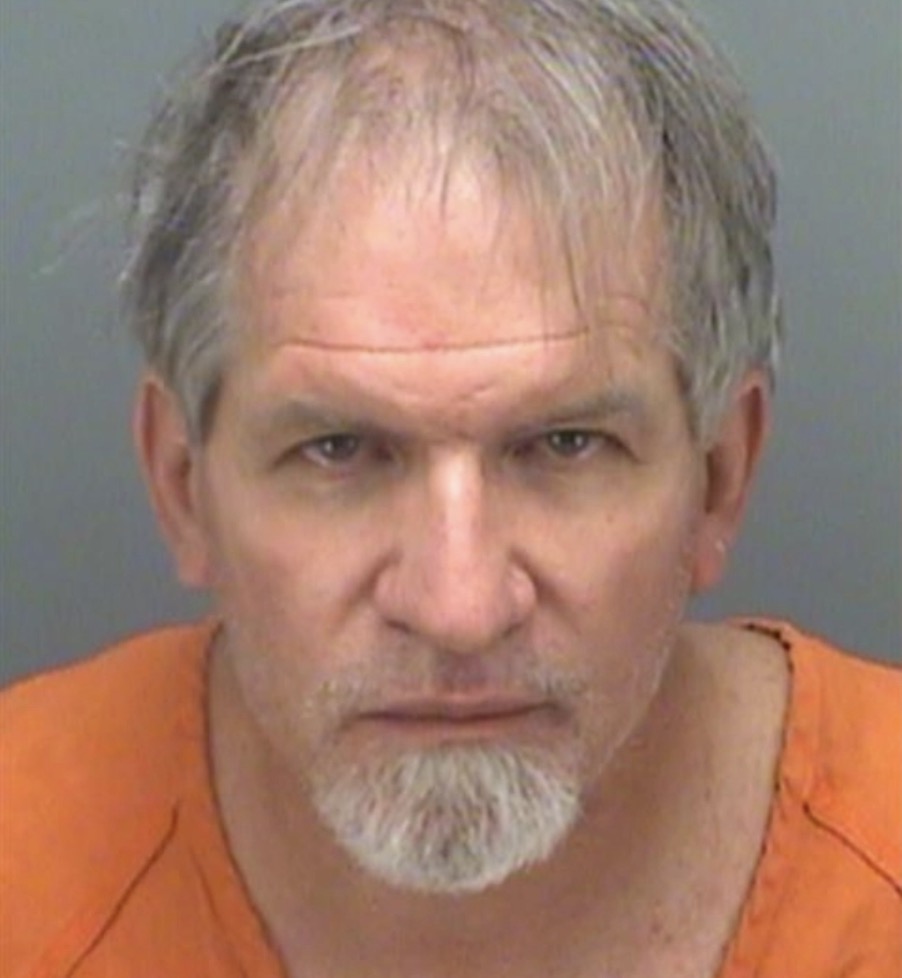 Scott Rexroat was arrested and charged with disorderly conduct and battery on a cop, it has been reportedCredit: Pinellas Co. Sheriff’s Office 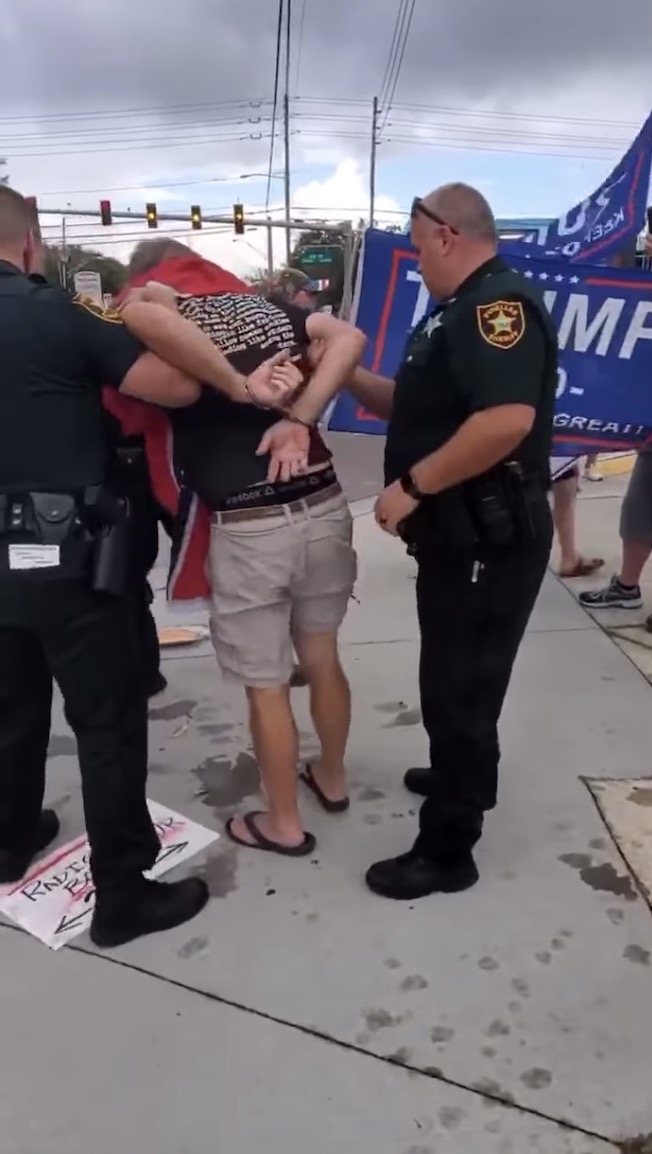