SHOCKED police discovered a haul of stolen Easter eggs in the boot of a car after pulling over a suspected shoplifter.

Officers found hundreds of pounds worth of chocolate and booze in the back of a Vauxhall Astra. 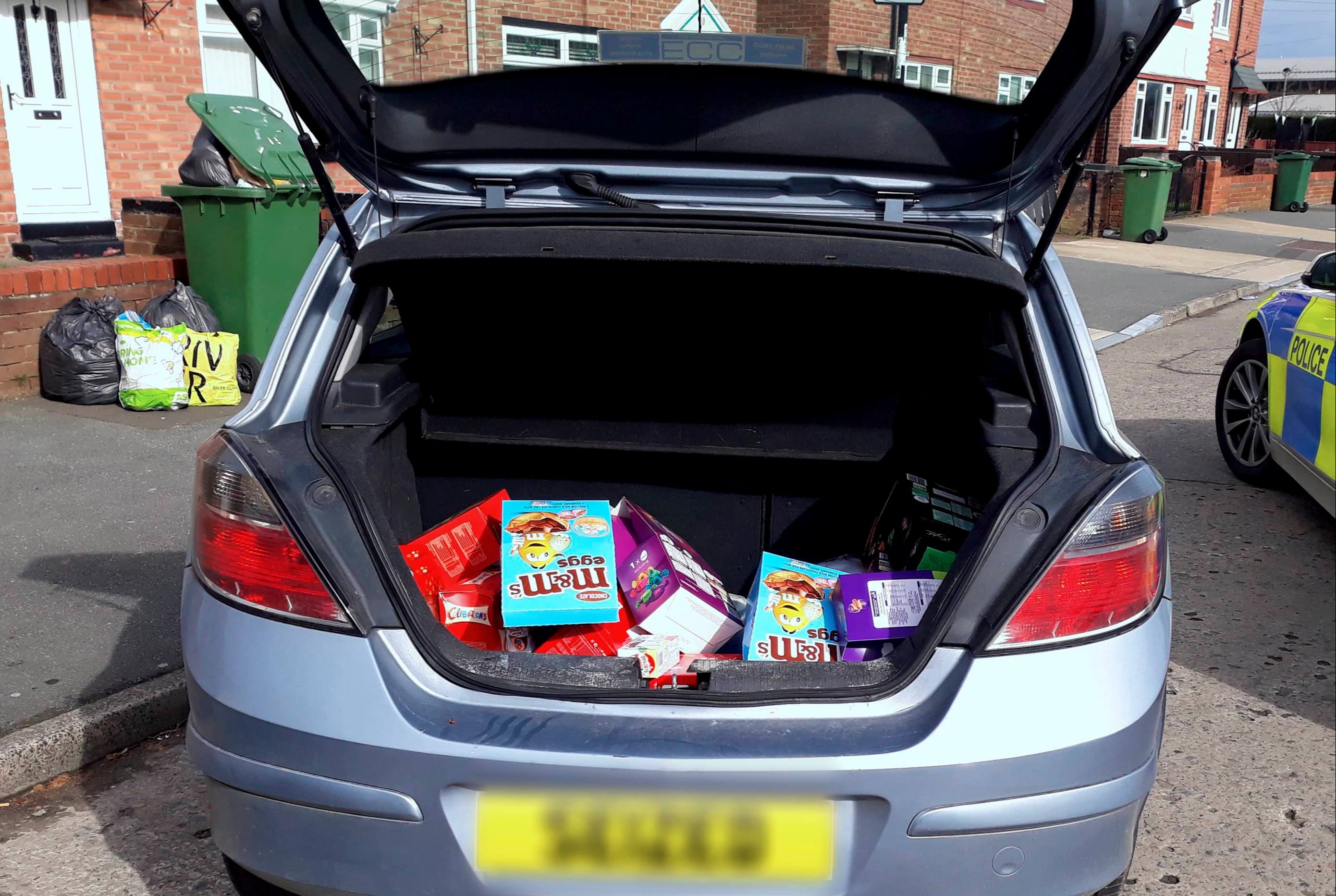 Police discovered a haul of stolen Easter eggs in the boot of a car after pulling over a suspected shoplifterCredit: North News and Pictures

Northumbria Police had been on patrol in Washington at around 11am on Tuesday when they spotted a vehicle linked to a suspected theft.

They pulled the driver over and uncovered a huge stash of Easter eggs and alcohol.

It was reportedly linked to a theft at Iceland in Blaydon where goods had been swiped from the shelves.

The 49-year-old female driver was arrested on suspicion of theft and the chocolate has been seized.

The force said on its Facebook page: "What a cracking job!

"It was a fantastic stop by our motor patrols officers who did not hesitate to act on their suspicions when they saw this vehicle.

"This was a brazen theft and we are glad we have been able to recover some of the goods and keep them out of the hands of thieves!" 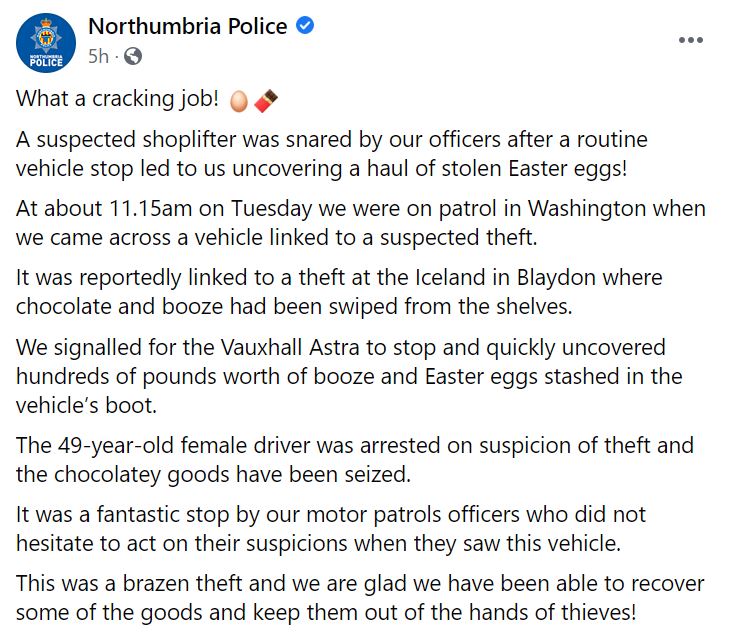 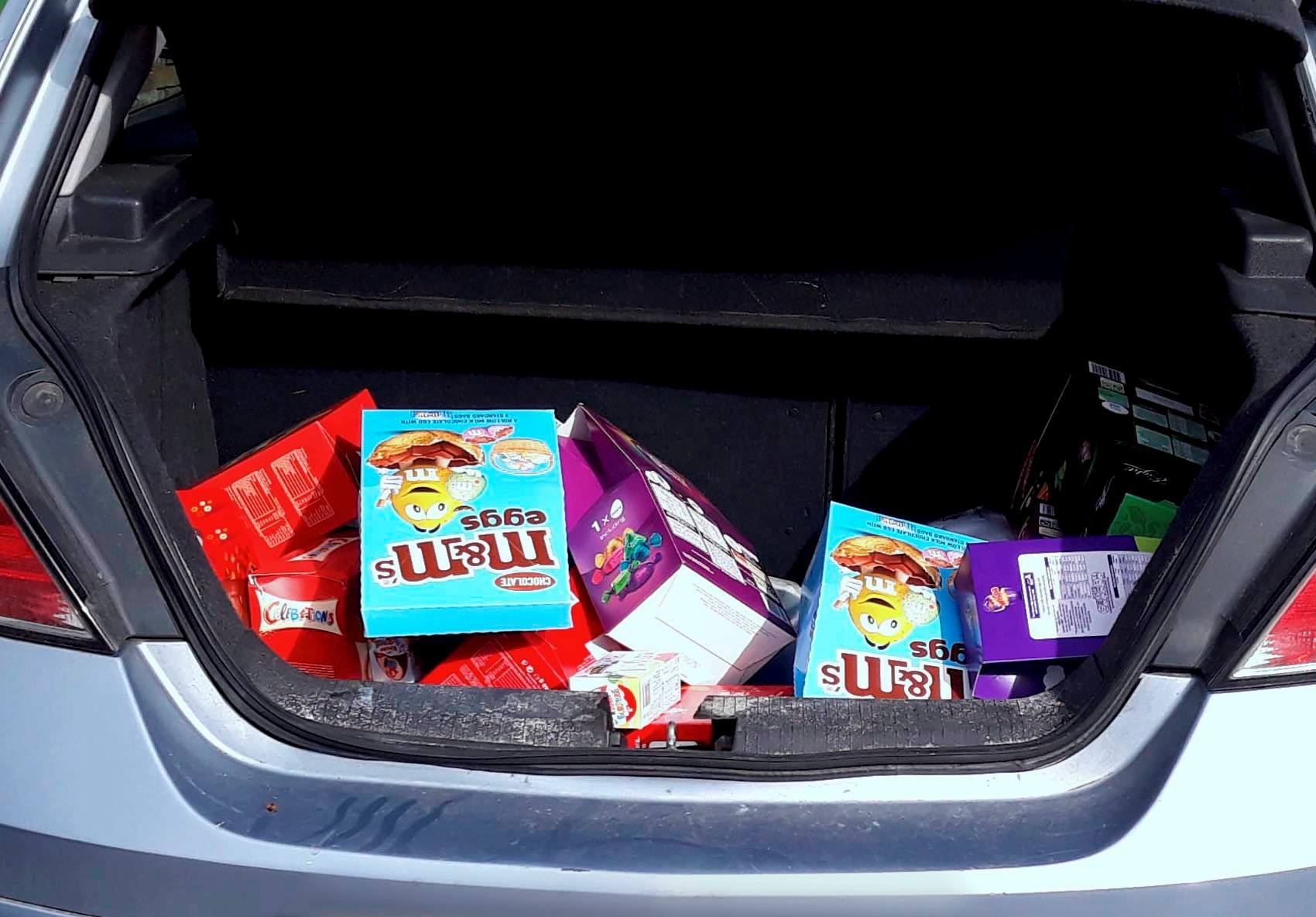 The eggs and booze were worth hundreds of pounds, police saidCredit: North News and Pictures

And social media users were quick to praise the quick-thinking officers - and show off their eggy puns.

One said: "You deserve a standing ovation for foiling the plan she hatched. Was it a raid at the crack of dawn?

Another wrote: "They’d been hatching a plan to catch her for a while!"