Prime Minister Pedro Sanchez announced the measure, which could last up to six months, in an effort to curb soaring Covid-19 infections. 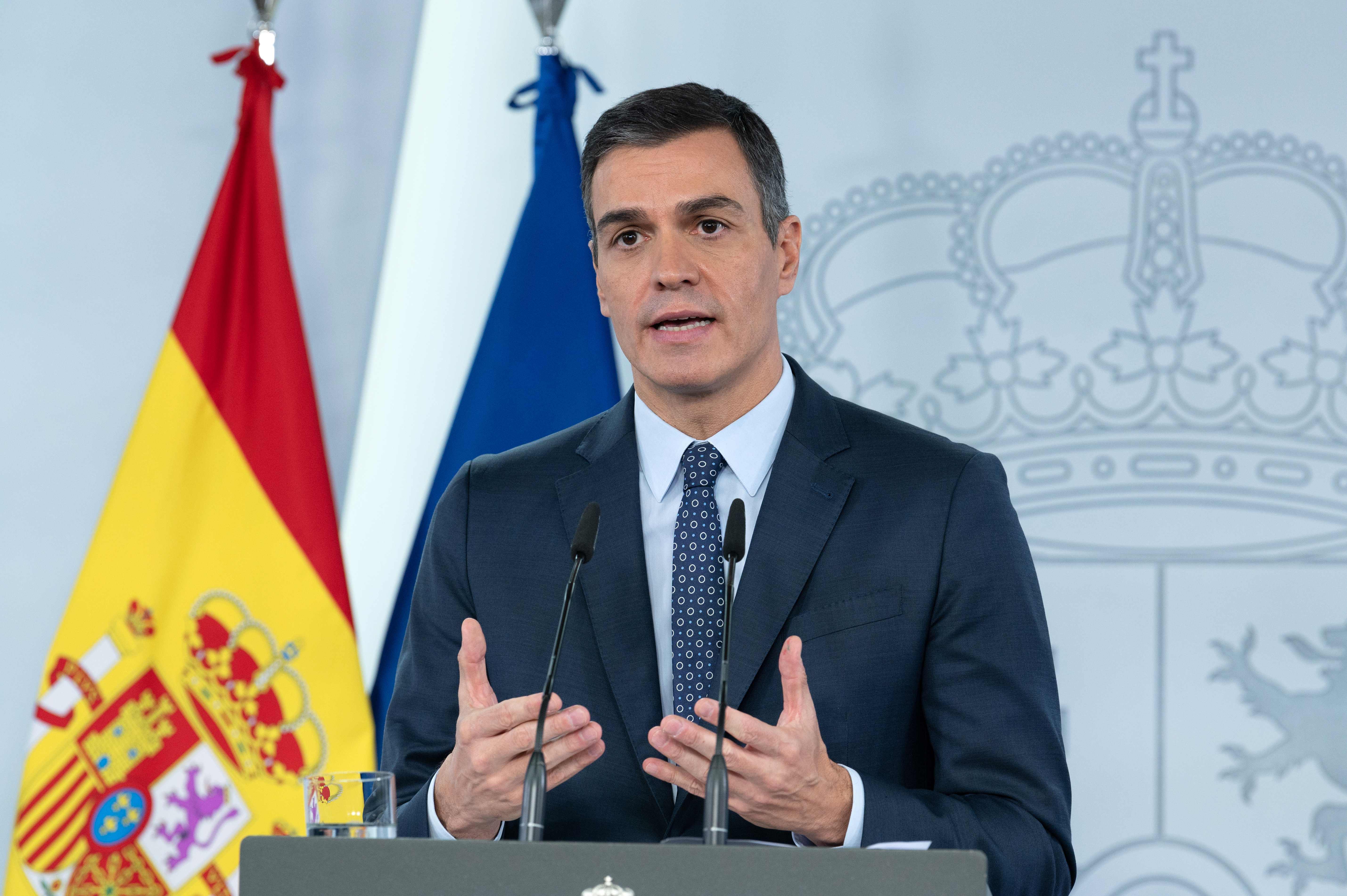 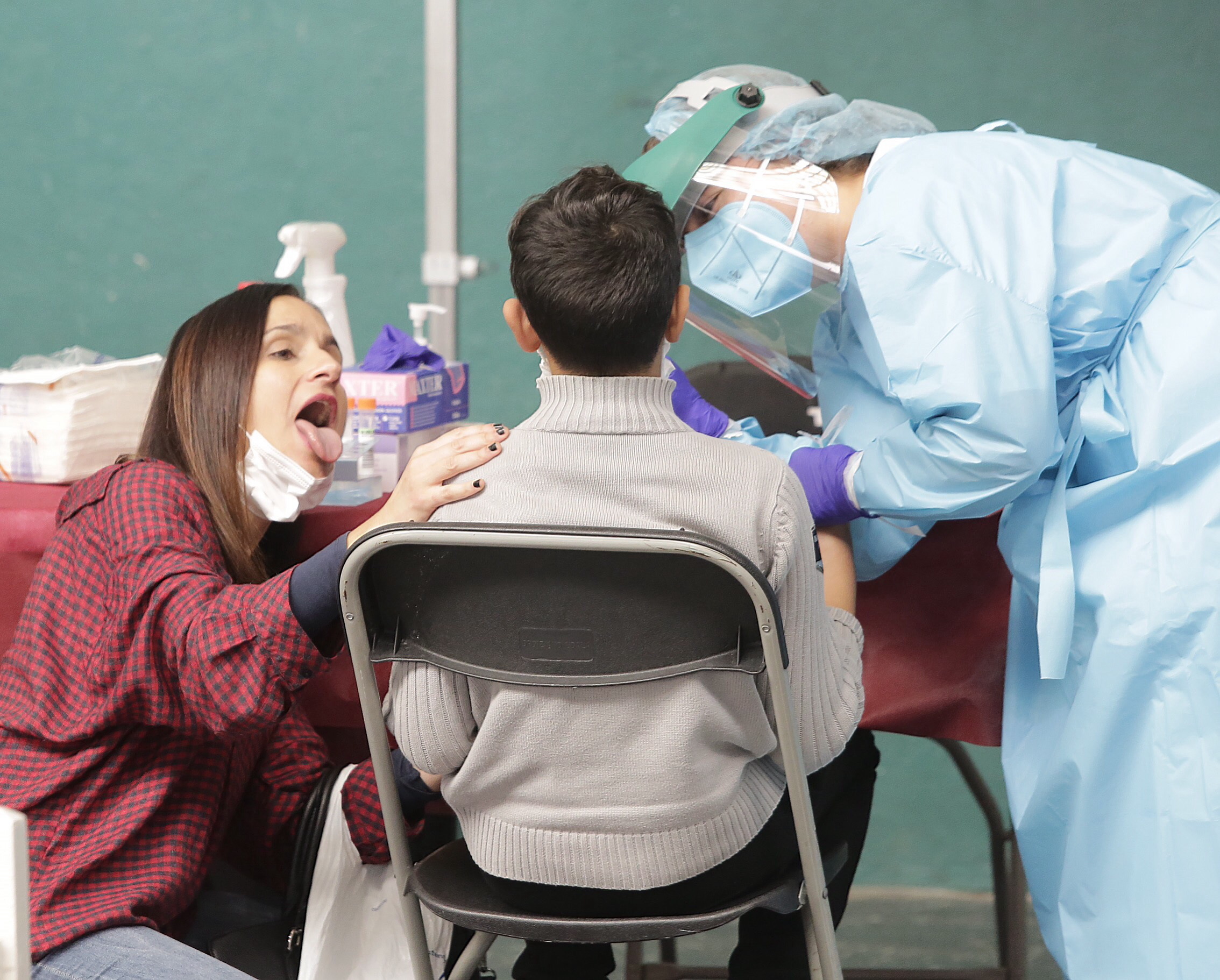 The state of emergency, which took effect from Sunday night, will require all regions except the Canary Islands to impose a nighttime curfew and limit the number of people allowed to meet to six.

"We are living in an extreme situation ... it is the most serious health crisis in the last century," Mr Sanchez told a news conference following a cabinet meeting.

The Spanish PM said travel between regions will be banned under the new state of emergency rules.

Regions will be allowed to impose curfews between 11pm and 6am, with one hour of flexibility either way.

Catalonia was one of the first regions on Sunday to use the new legislation to impose a curfew, which started at 10pm.

Under the restrictions, establishments open to the public will have to close at 9pm.

The state of emergency will need parliamentary approval to last beyond 15 days.

Mr Sanchez asked for parliament to approve its extension up to May 9. 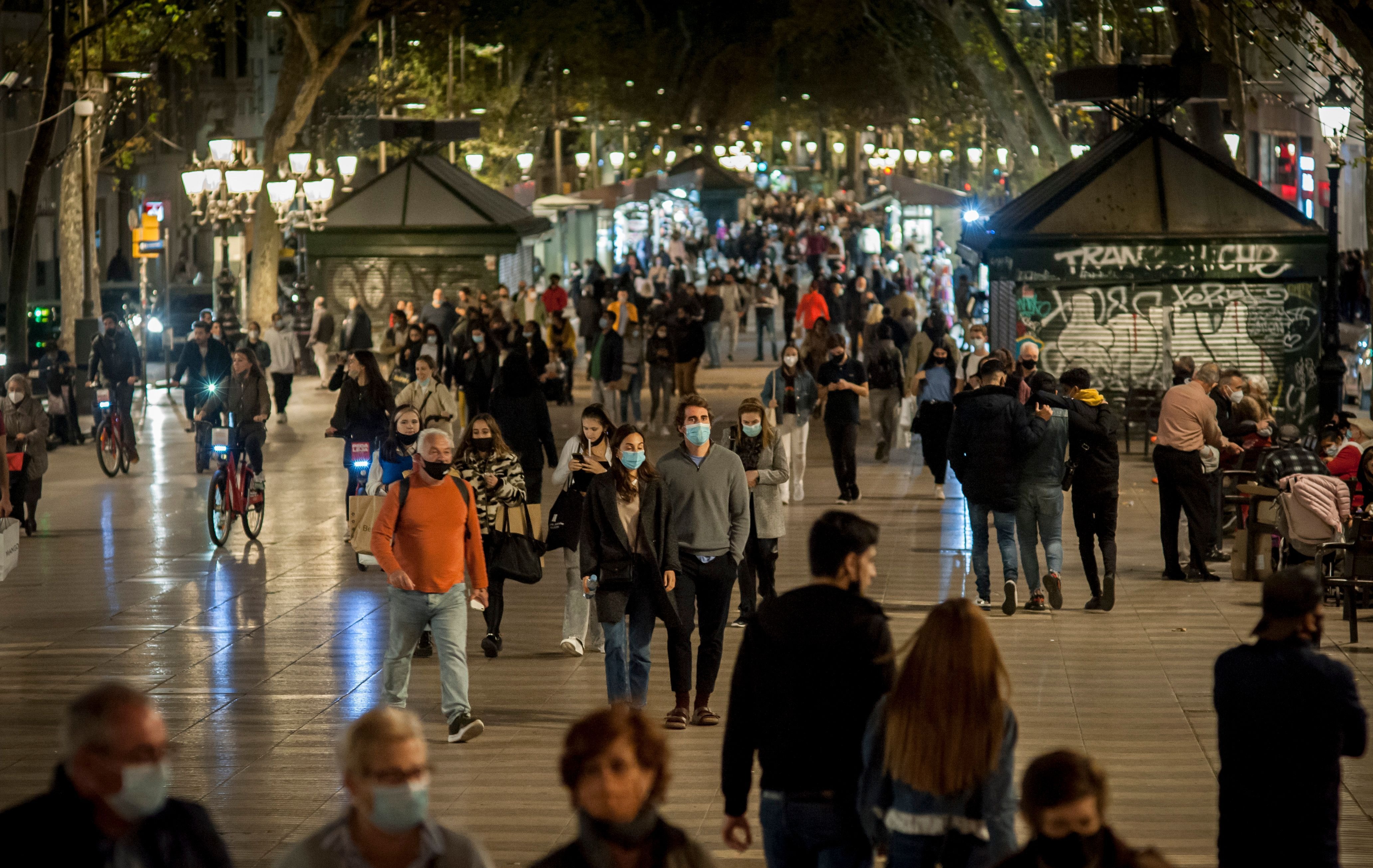 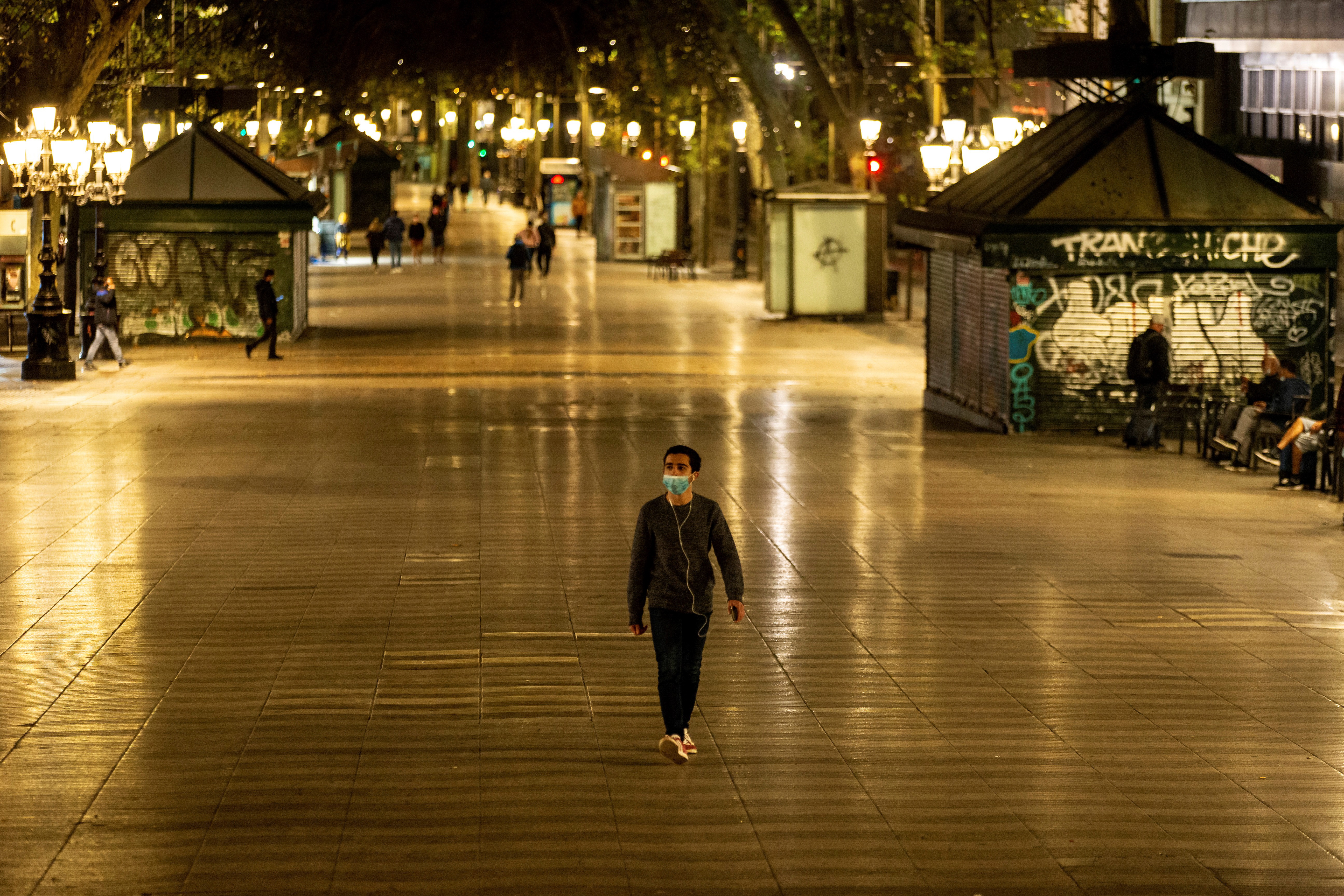 Mr Sanchez called for people to stay home as much as possible in a bid to reduce the spread of Covid-19.

He said: "The more we stay at home and the fewer the contacts we have, the more protected we’ll be, and the more we’ll be able to protect our loved ones and the health of everyone."

Spain was hit hard during the first wave of the pandemic earlier this year and imposed a much more restrictive lockdown.

But like many other European countries, it is now facing a second coronavirus wave.

“The second wave is no longer a threat, it is a reality,” Spain's health minister Salvador Illa said during a press conference from Madrid on Tuesday. 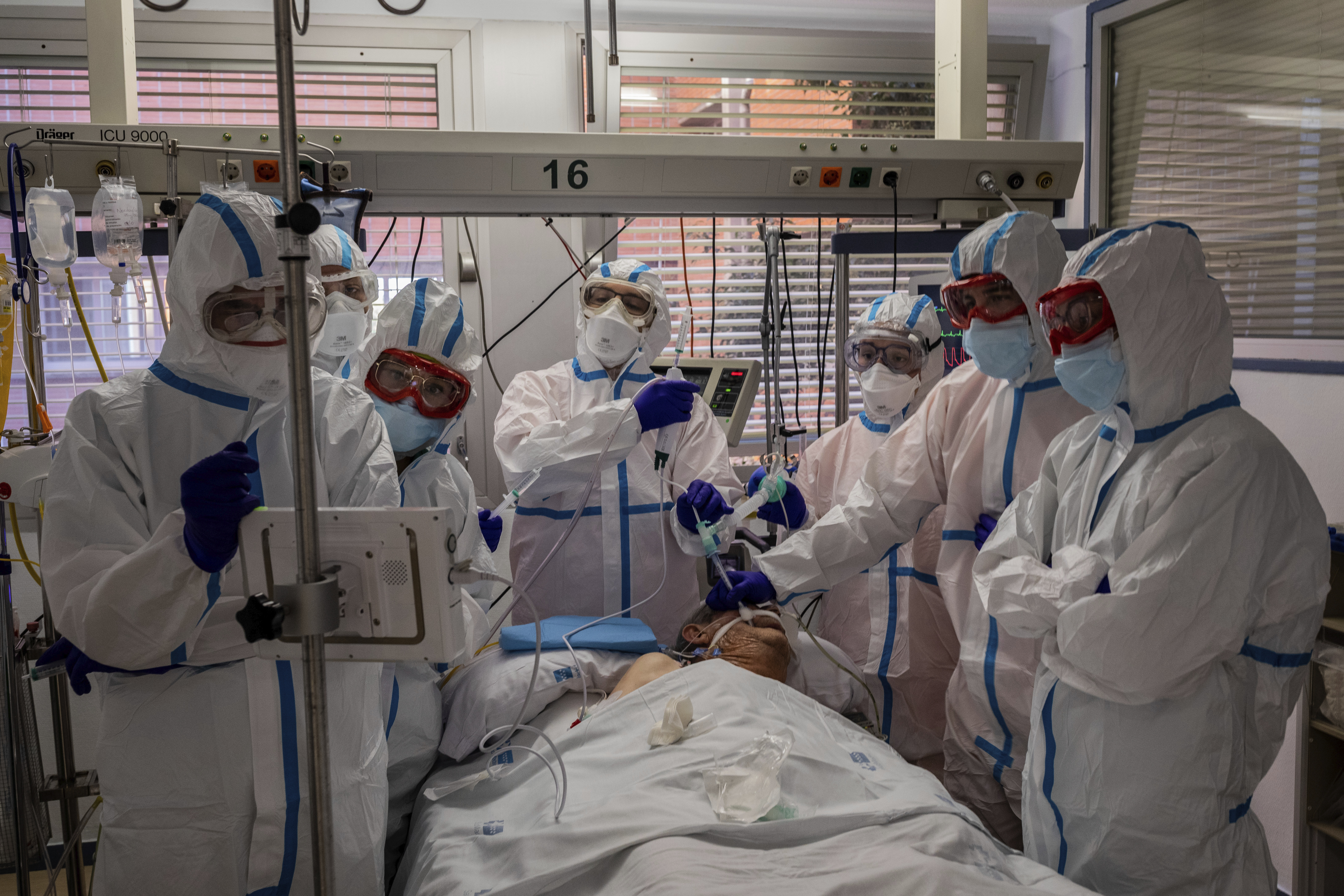 A patient infected with COVID-19 is treated in one of the intensive care units at the Severo Ochoa hospital in Leganes, outskirts of MadridCredit: AP:Associated Press 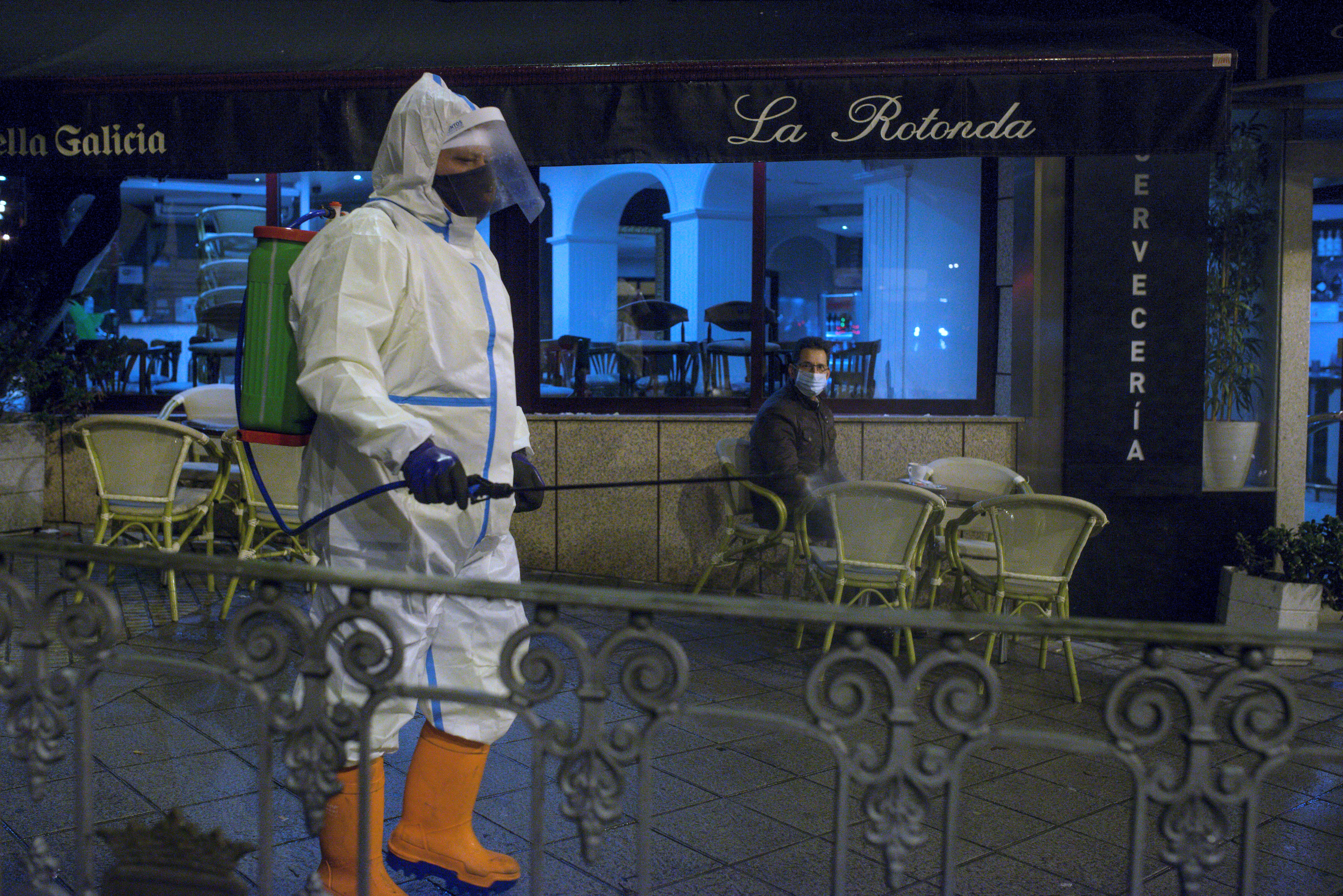 A cleaning worker disinfects the streets of Ourense, in GaliciaCredit: EPA

The first state of emergency in Spain was declared in March and was lifted in June after the infection rate went down.

Madrid also introduced a two-week state of emergency earlier this month which lasted until last Saturday after the Spanish capital became a hotspot for coronavirus infections.

Today, Mr Sanchez announced nationwide restrictions which apply to all regions apart from the Canary Islands in a bid to curb the spread of the virus.

The state of emergency makes it easier for authorities to take swift action.

Canary Islands vice president Roman Rodriguez tweeted he was "satisfied" the tourist hotspot had been excluded from the curfews but encouraged people not to let their guard down.

The coronavirus death toll in the country currently stands at 34,752. 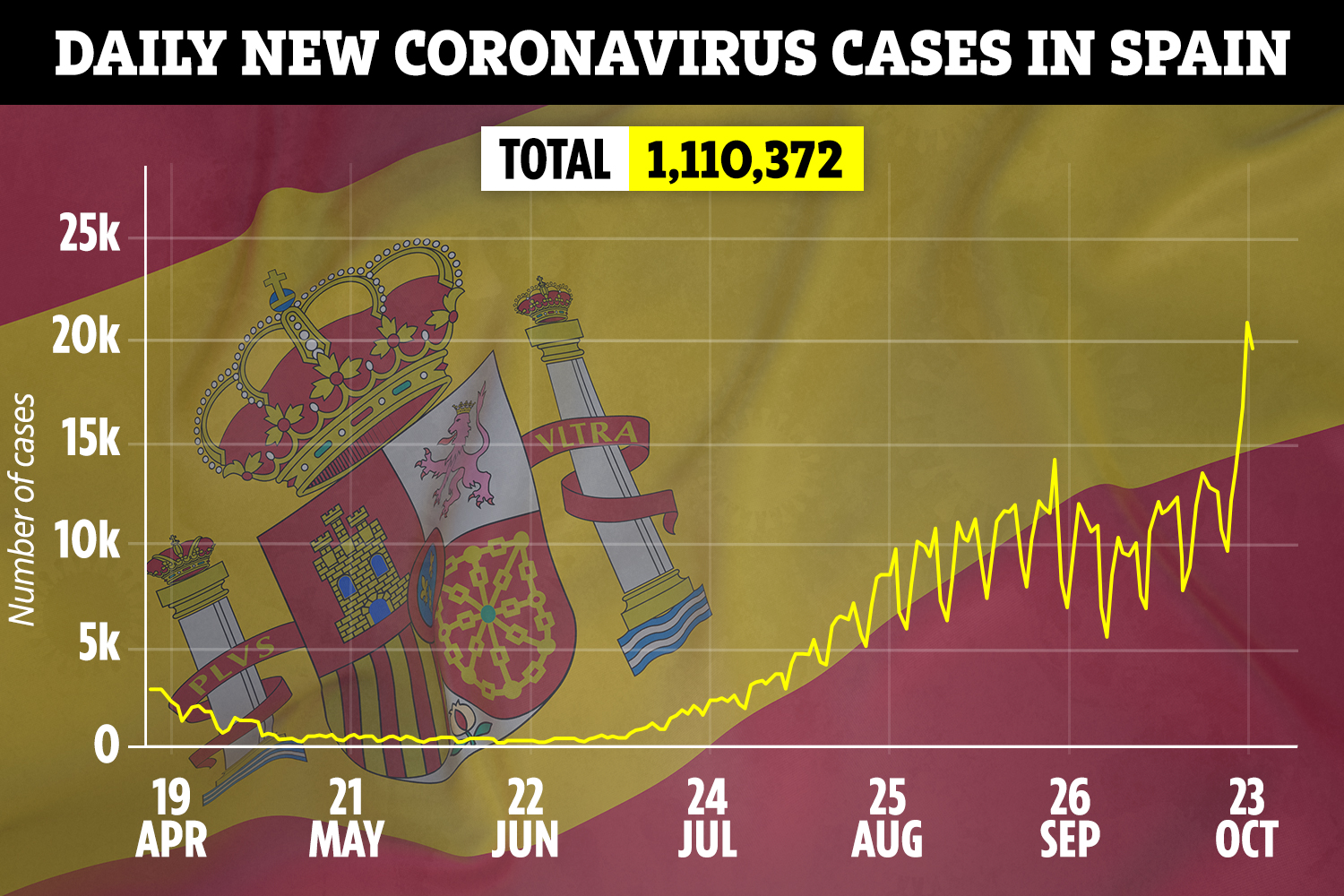 Coronavirus cases in Spain have been rising in recent weeks 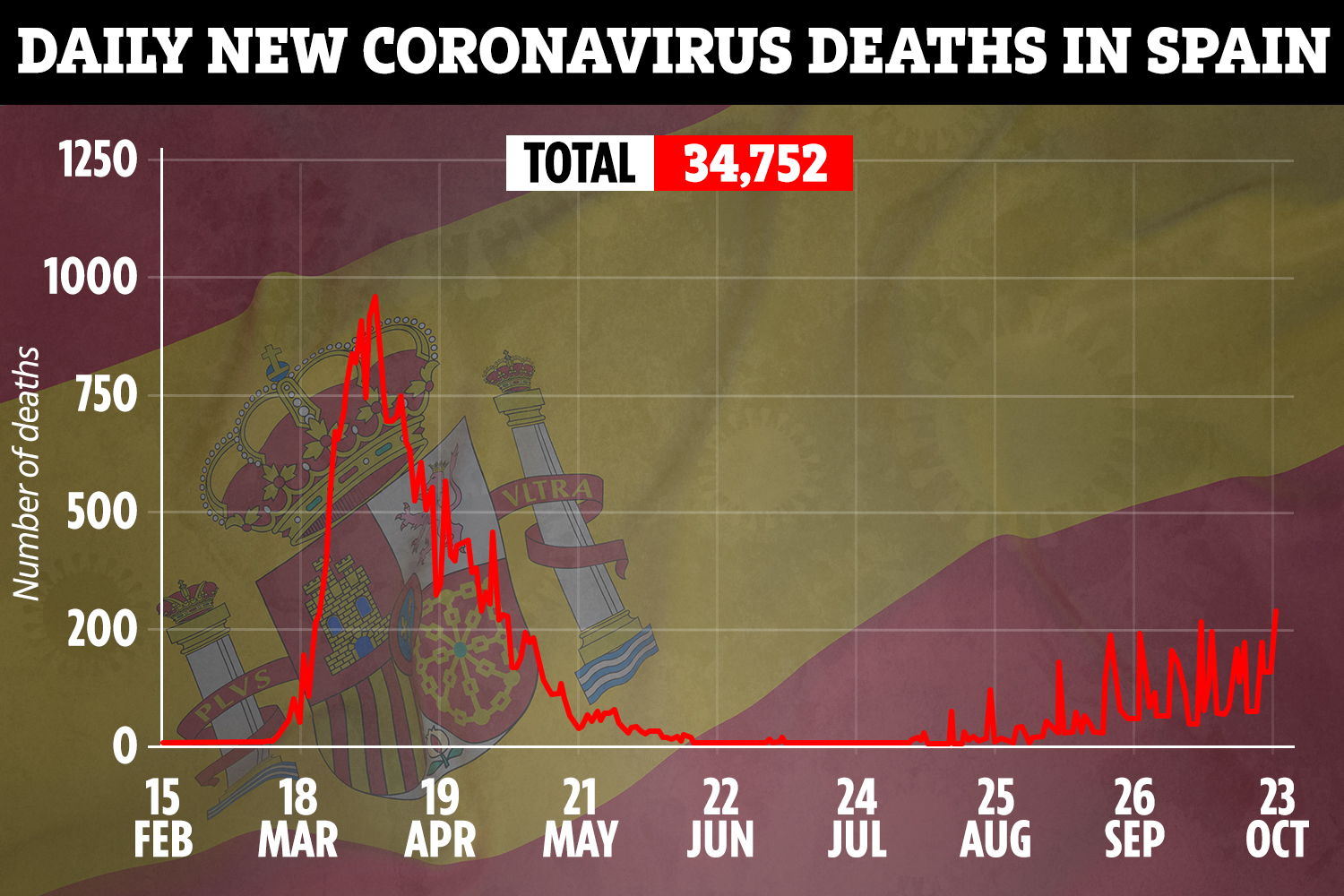 The number of coronavirus-related deaths has also been rising 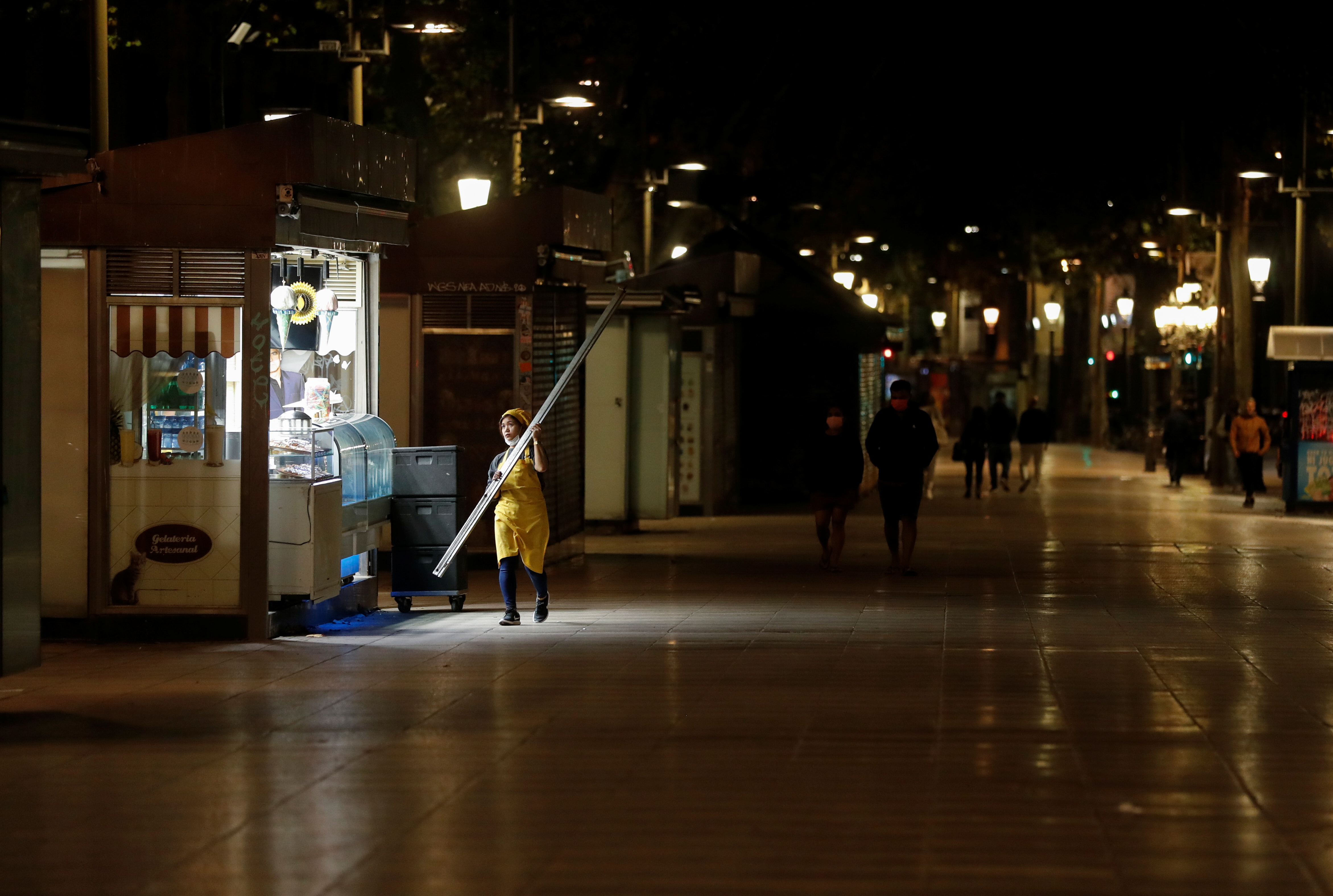 A worker closes an ice cream shop at Las Ramblas after a state of emergency was declaredCredit: Reuters