SRI Lanka will ban the wearing of the burka and shut more than a thousand Islamic schools for “national security” reasons, a government minister said today.

Minister for public security Sarath Weerasekera said he had signed a paper yesterday for cabinet approval to ban the full face covering worn by some Muslim women. 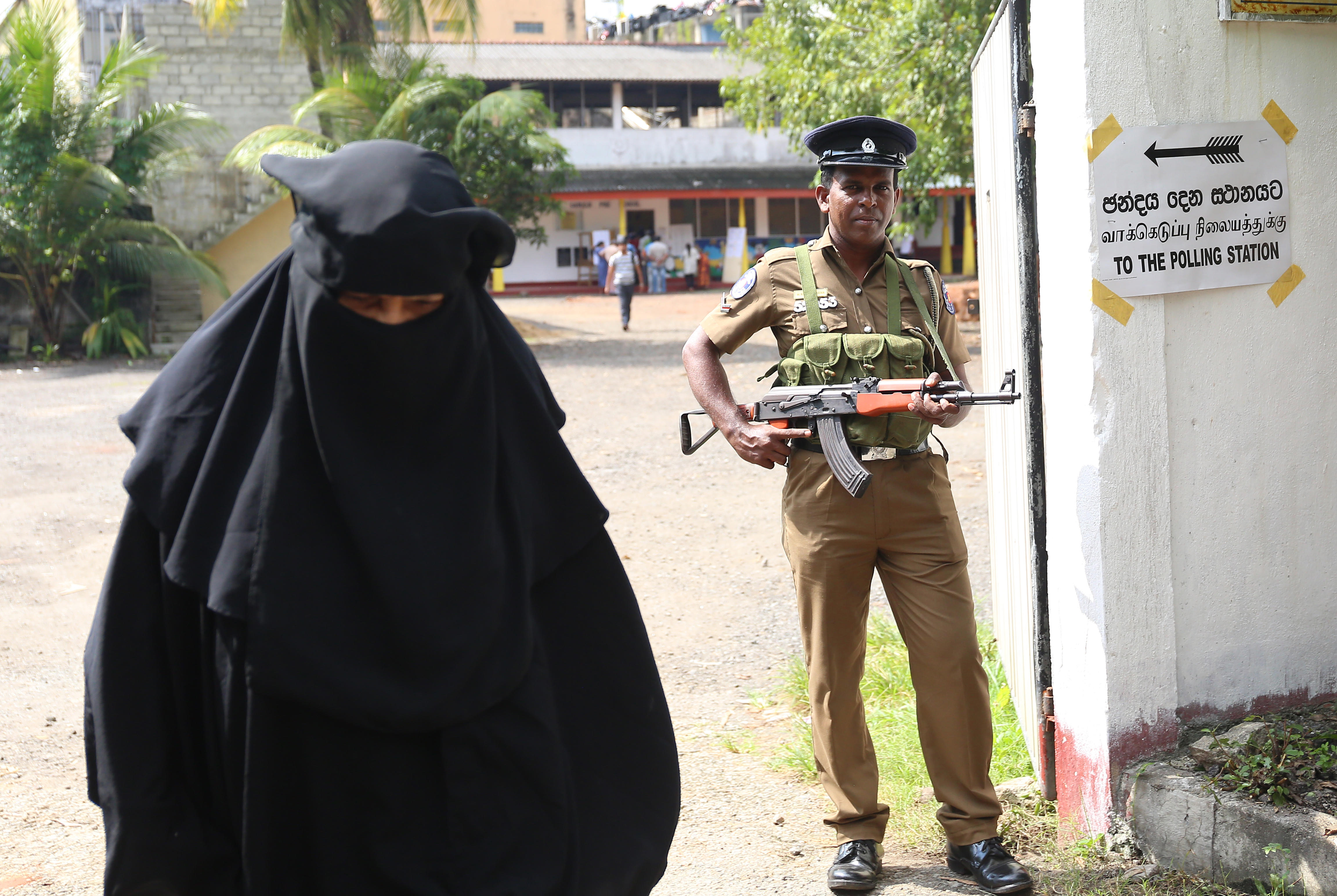 The Sri Lankan government is set to ban the burka for 'national security' reasons, a minister saidCredit: Alamy

He said: “The burka has a direct impact on national security.

"In our early days Muslim women and girls never wore the burka. It is a sign of religious extremism that came about recently. We are definitely going to ban it.”

The wearing of the burka in the majority-Buddhist nation was temporarily banned in 2019 after the bombing of churches and hotels that killed more than 250.

Two Islamic extremist groups, who had pledged allegiance to ISIS, carried out the evil attack.

Mr Weerasekera said the government plans to ban more than a thousand madrassa Islamic schools that he said were flouting national education policy.

“Nobody can open a school and teach whatever you want to the children,” he said.

The government ban follows an order last year mandating the cremation of Covid-19 victims - against the wishes of Muslims, who bury their dead.

This ban was lifted earlier this year after criticism from the United States and international rights groups.

Meanwhile, Tamils, who are mostly Hindus, make up around 15 per cent of the population.

What is a burka?

A burka is one of a variety of different coverings worn by Muslim women around the world as a sign of modesty and as symbol of religious faith.

However, critics say face coverings are a sign of oppression against women and some countries, including Denmark and France, have banned them in public places.

Burka - The burka covers the face and body and leaves just a space for the wearer's eyes.

Niqab - The niqab is a veil which covers the face but leaves the area around the eyes visible.

Hijab - This is a headscarf worn by Muslim women which leaves the face visible.