STUDENTS have ripped down rows of fencing around residence halls on the first day of England's national lockdown.

Crowds of undergraduates at the University of Manchester trampled on the barriers and set off flairs in protest. 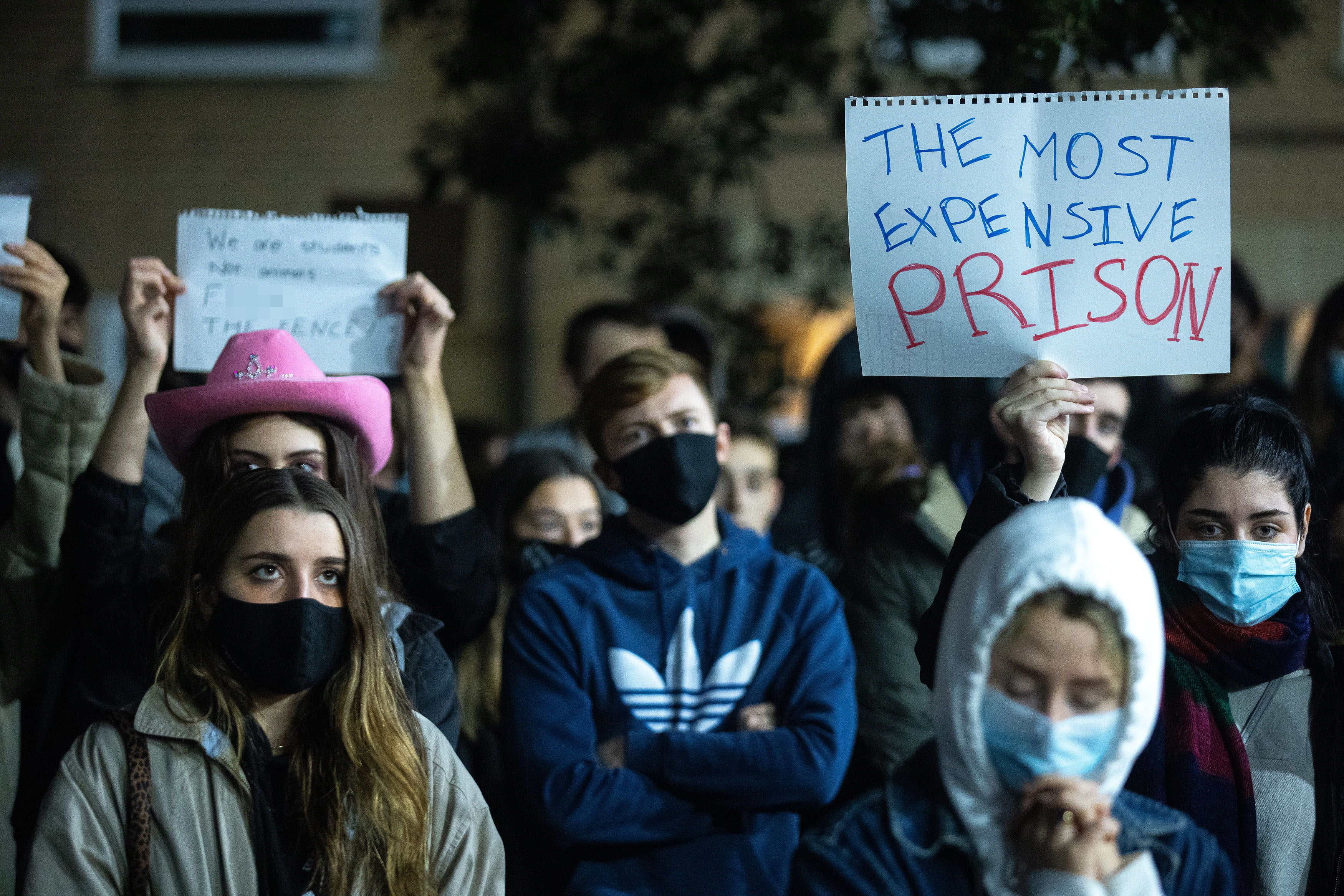 Students protested in crowds against being ‘trapped inside’ at the campusCredit: London News Pictures 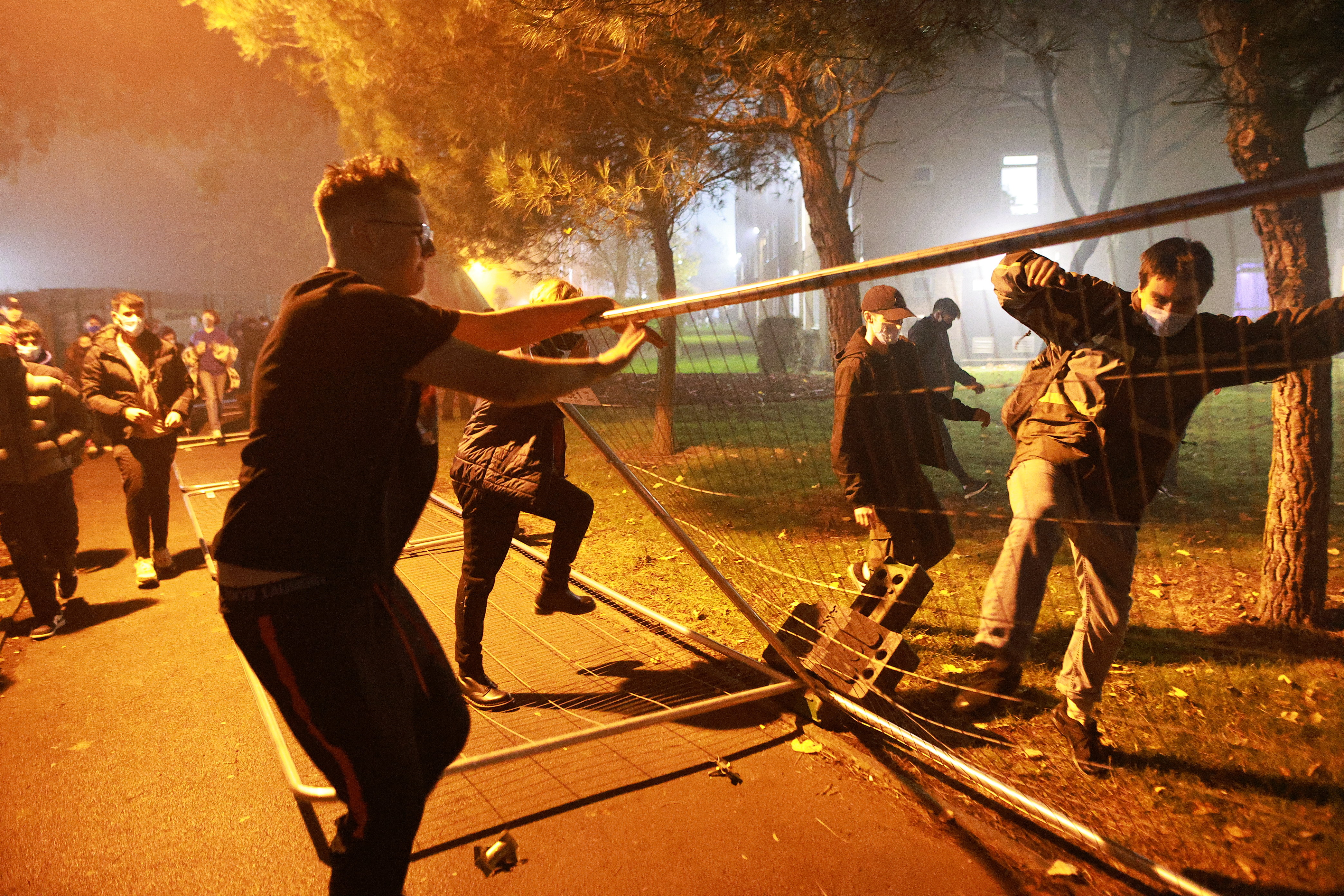 Undergraduates at Manchester University trampled on the fence in FallowfieldCredit: London News Pictures

The huge blockages were erected earlier today by tradesmen, to mark the start of the four-week shutdown.

The barriers were placed around communal areas and blocks on the Fallowfield campus, dubbed "HMP Fallowfield" and home to thousands of mostly first-year students.

Students said the fencing made them trapped and would have a devastating impact on their mental health.

Some went on to tell LBC they felt like “prisoners”, and were unsure as to whether they were banned from leaving campus grounds. 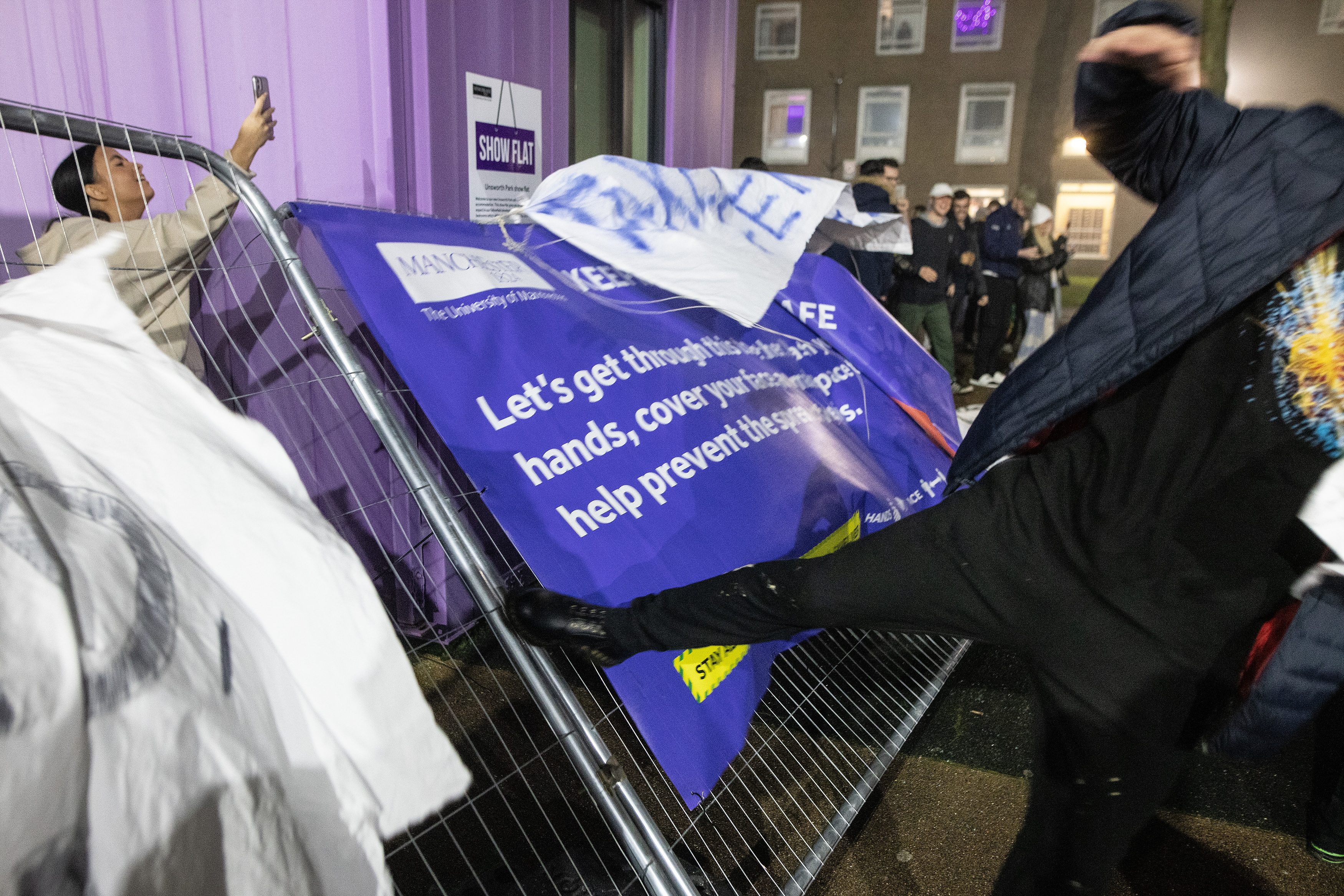 Students said the fence would have had a 'devastating' impact on their mental healthCredit: London News Pictures 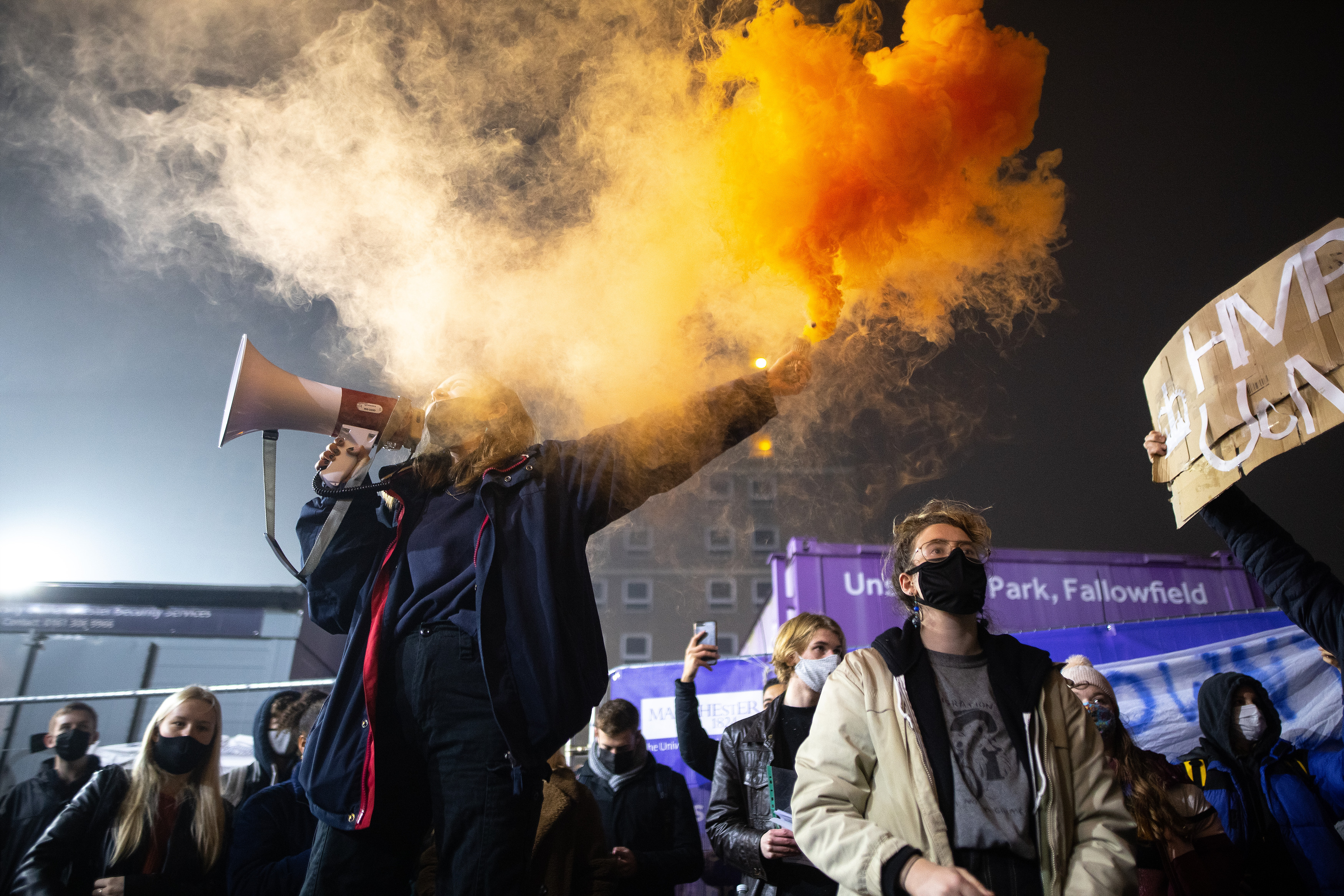 Other students were seen setting off flairs in the Fallowfield areaCredit: London News Pictures 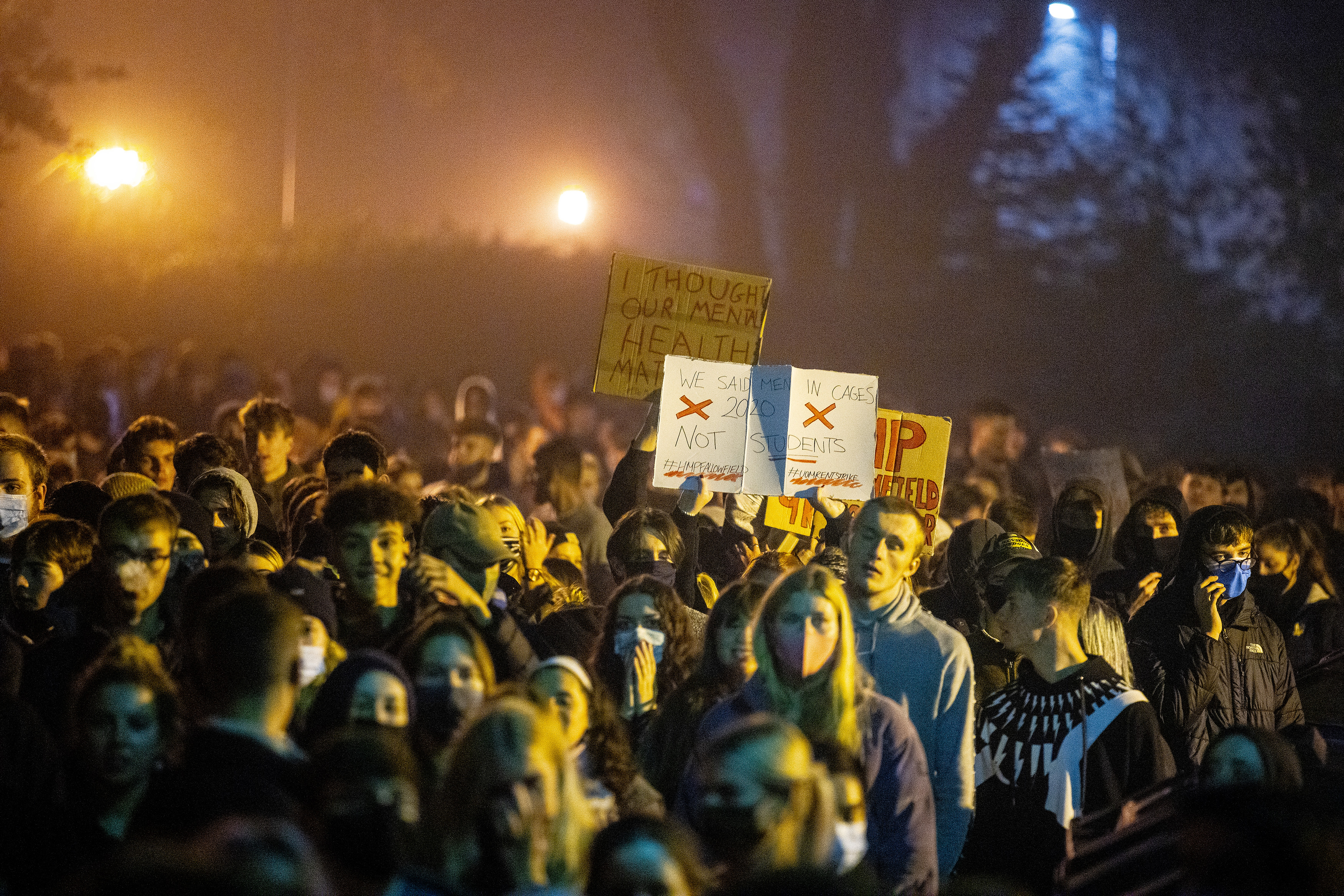 The students were angry they had not been warned prior to the fences being installedCredit: London News Pictures

Hitting out at University managers, the crowds were furious they had not been given any prior warning to the barriers being put in.

Earlier the university said the fences were intended to make entry and exit points clearer as it stepped up "security measures" amid the second national coronavirus lockdown.

Under the new lockdown rules, people in England must stay at home but can leave for shopping necessities, exercise, caring duties, education and work reasons, and other essential purposes. 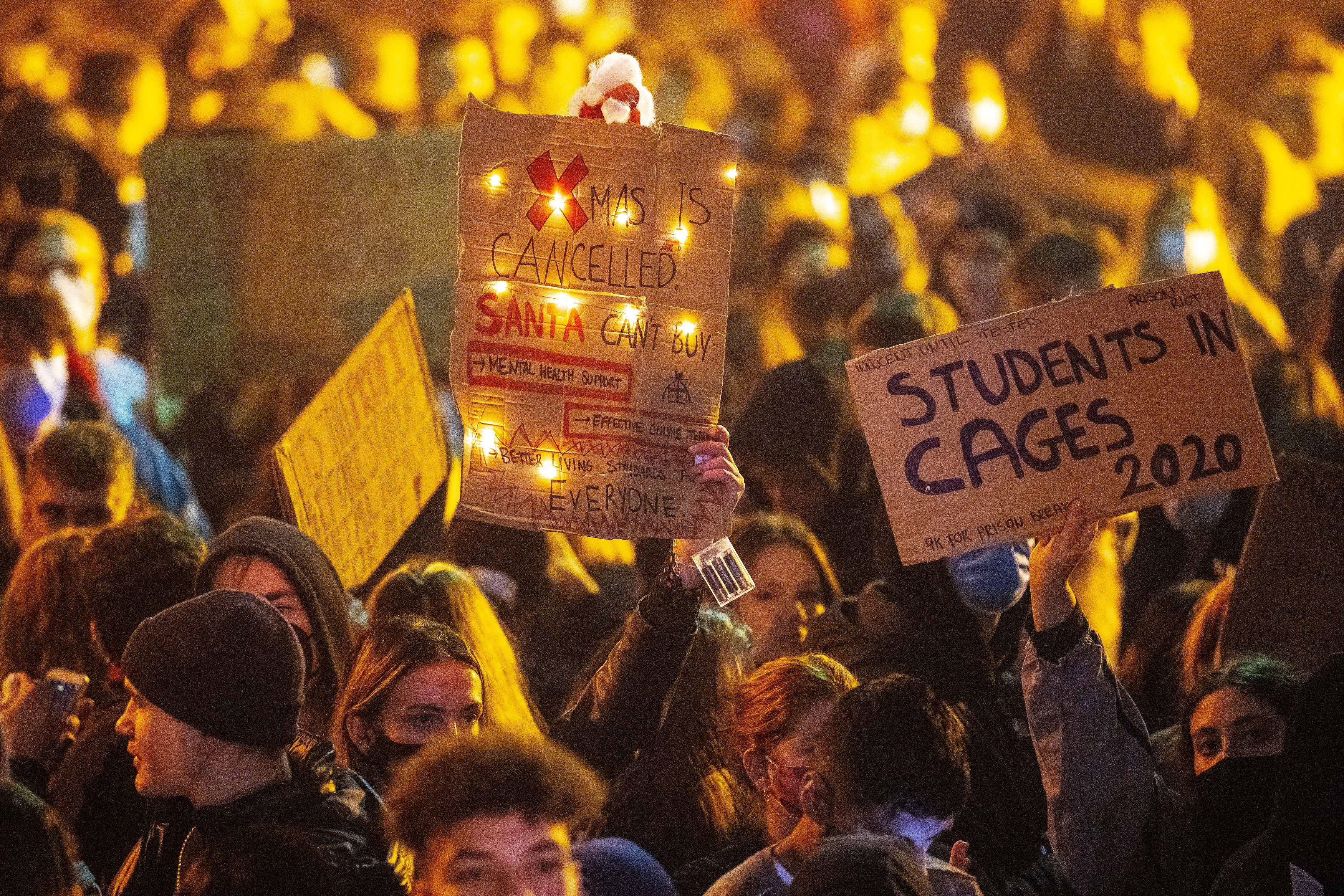 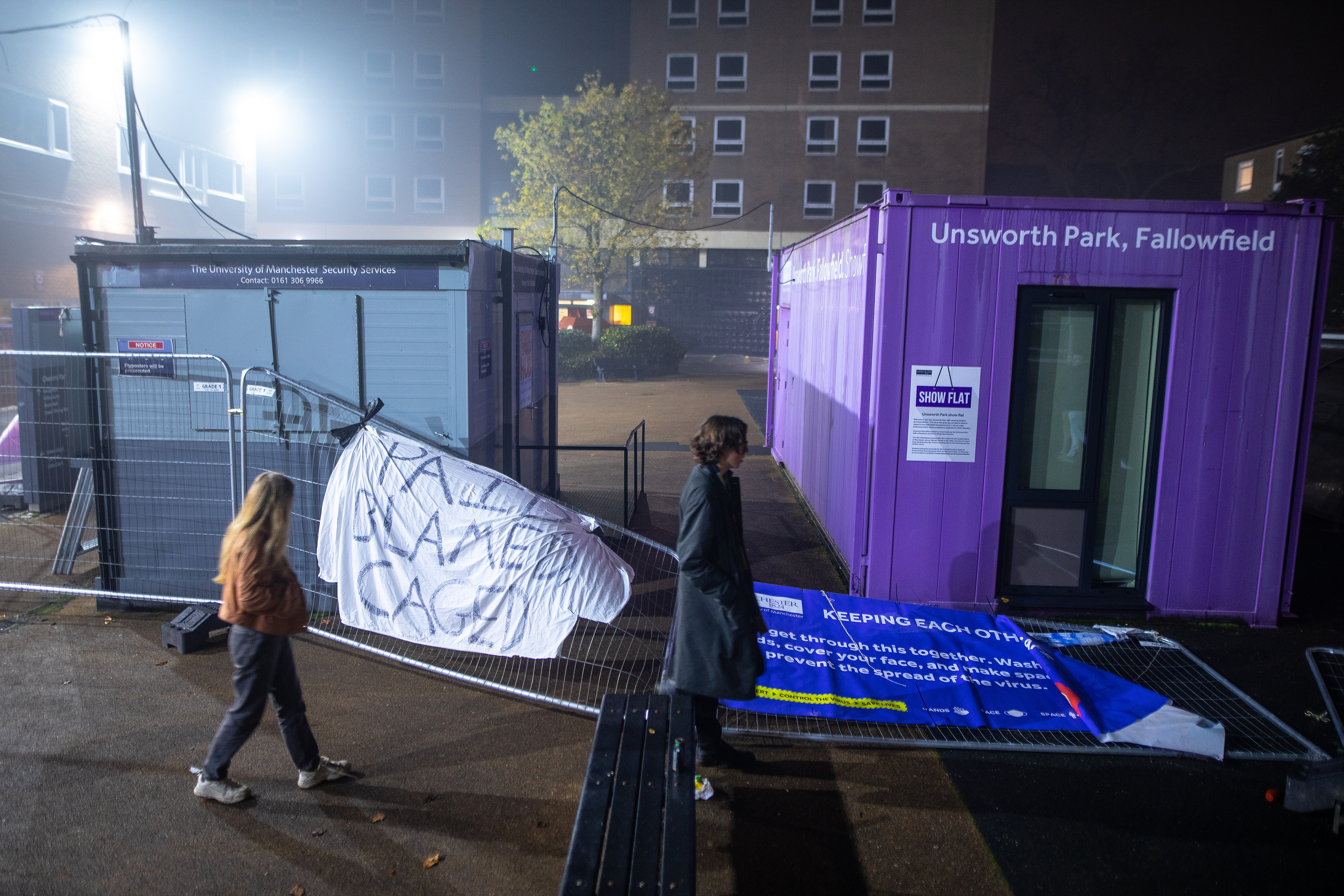 The university claimed the fences were supposed to protect students from non-university visitorsCredit: London News Pictures 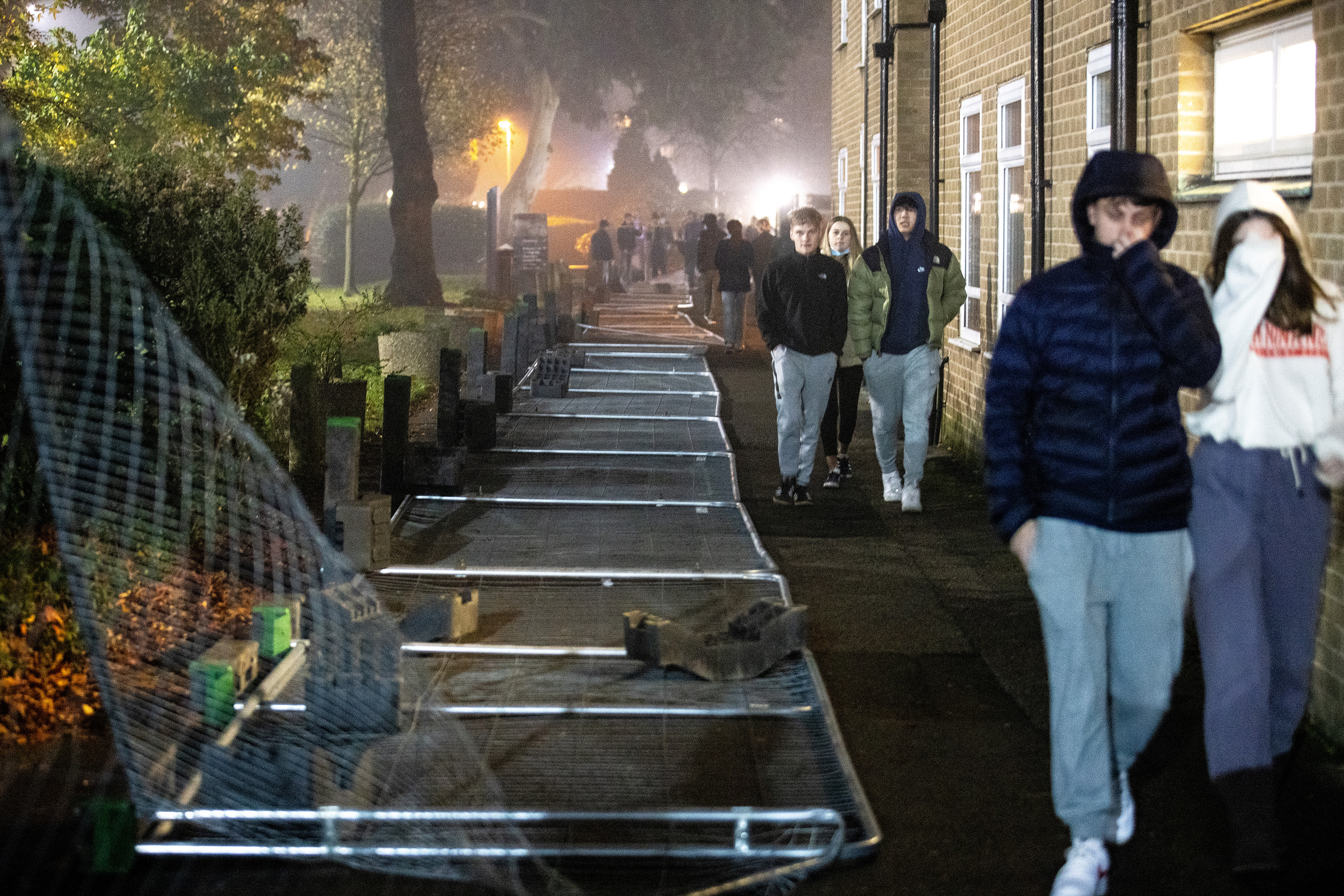 The barricades were erected on what marked the first day of England's second national lockdownCredit: London News Pictures

But after hundreds of furious students staged a protest on campus tonight, bosses have now confirmed they will remove all fencing Friday morning.

A student leading the protest told crowds: "This morning they put up fences around the entire campus to lock us in. They only decided to do this when they had our money from the rent.”

"This entire term we've been lied to - they promised us a safe campus, they made us come here, yet they continue to blame the students for the spread of the virus.”

"We're the ones that are paying for this, we're the ones paying thousands of pounds to live in these unsafe halls when teaching isn't even in person."

Universities have come under fire in recent weeks for clamping down on students in their halls of residence amid fears of rising cases of coronavirus.

Manchester Metropolitan University students said they are "scared and confused" after their accommodation was locked down without warning.

Around 1,700 students were told to stay in their rooms for 14 days after 127 tested positive for coronavirus.