A SUNSEEKER tried to use a fake employer letter at an airport as a "reasonable excuse" to fly to Tenerife on holiday - but was caught out.

The unnamed traveller was slapped with a £438 coronavirus fine after attempting to fly from Dublin airport to the sunny holiday destination using the fake letter. 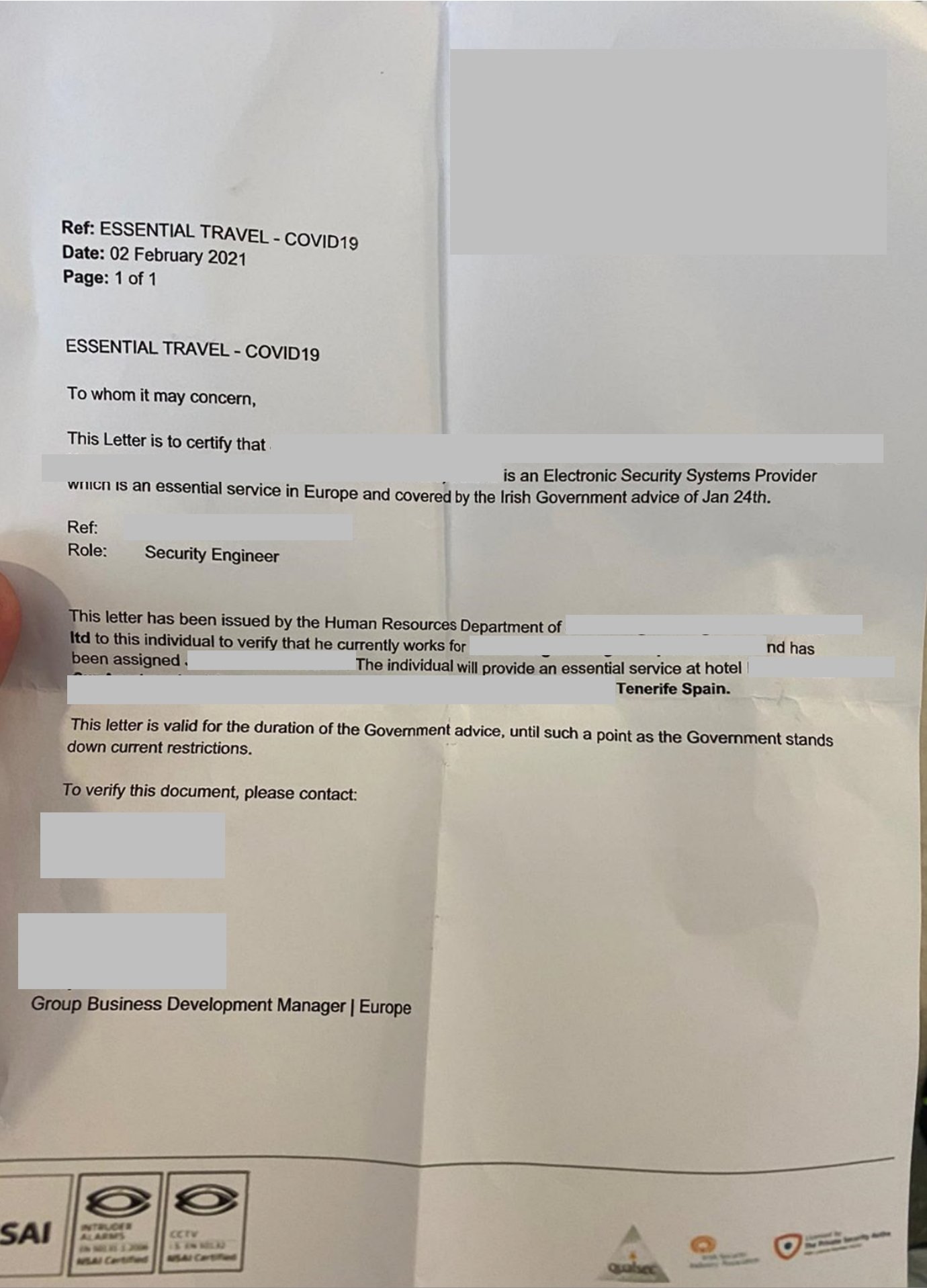 Cops shared the letter on social media, in which the person claimed to be an essential worker, due to be working at a specific hotel in Tenerife.

The brazen traveller attempted to use the fake letter as "proof" for needing to fly out to the Canary Island.

The sunseeker was described in the letter as an: "Electronic Security Systems Provider which is an essential service in Europe and covered by the Irish Government advice of January 24th."

It added that it had been issued by the "Human Resources Department of (company)," and that "the individual will provide an essential service at (hotel) in Tenerife, Spain."

But Irish police found the letter to be fake - meaning the traveller was slapped with a €500 Covid fine.

"'COVID-19 doesn’t switch-off so that people can attend parties, or go on holidays, or gather in large groups."

So far, 375 fines have been issued at Dublin Airport to people for leaving the country for non-essential travel.

Under current Covid-19 restrictions, Brits must stay at home and not travel - including abroad, unless you have a legally permitted reason to do so.

It is currently illegal to travel abroad for holidays and other leisure purposes.

And in Ireland, the government currently advises against all non-essential travel in order to protect public health and stop the spread of the virus.

Gardai confirmed that over 300 people in Ireland have been fined for attending or organising house parties throughout the pandemic, with a total of 4,600 fines issued for flouters.

Spain is likely be added to the UK's high-risk list, due to soaring cases in the country, a travel expert had predicted.

This means all travel to and from the country would be banned, excluding British nationals returning home.

There are currently 33 countries on the UK's travel ban list which includes Portugal, South America and South African nations.

Spain may be the latest to be added, according to PC Agency's Paul Charles as the Covid situation worsens.

He told Sun Online Travel: "I think there is a high probability that Spain will be added to the list.

"Its infection rates have shot up in the past few days.

Team GB star, 22, found dead in Travelodge had 'future stolen from her'

"Over the last month it's been seeing 30,000 new cases a day, whereas a month ago it was seeing 10,000 a day. It's quite clear that it is seeing variants emerge as well.

"It could be coming across the border from Portugal - last Sunday the borders were effectively closed between them due to the rising cases." 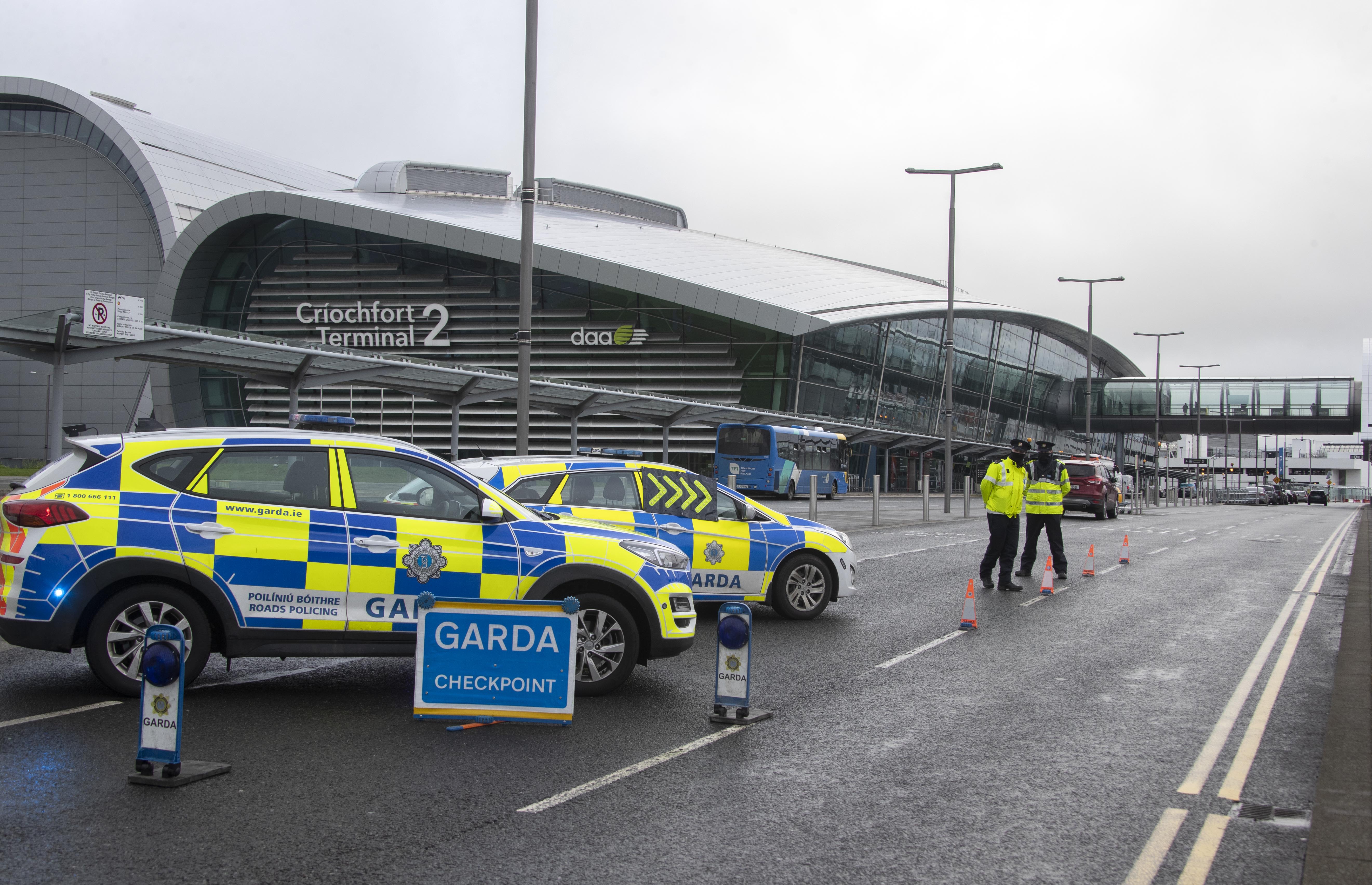 The unnamed traveller was attempting to head to Tenerife from Dublin airport using the letter as 'proof'Credit: Collins Photo Agency