A TEEN brother and sister have been accused of murder after a botched drug deal robbery in Florida, say cops.

Henry McGall, 18, and his sibling Madison, 15, were arrested and charged after a witness told officials that the victim had agreed a deal, but ended up being robbed and fatally shot. 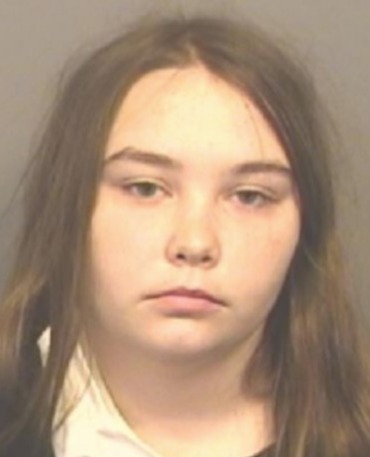 Madison McGall, 15, was arrested and charged with murder while 'engaged in a robbery', allege copsCredit: Hillsborough County Police 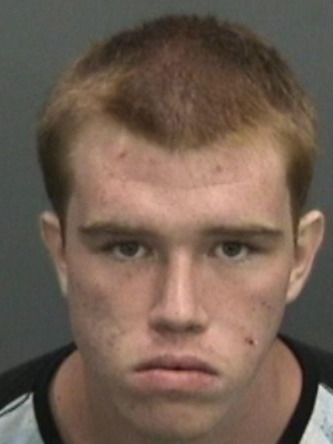 Henry McGall, 18, is also in custody after a person was shot deadCredit: Hillsborough County Police

The person who was killed has not as yet been named.

The siblings were allegedly "involved in a drug transaction in the 4000 block of Fontana Place", the office said.

The sheriffs added in a press release: "The victim had driven to Fontana Place, and while remaining in the car, began communicating with Madison McGall who was standing outside."

At about 10.30pm, a deal had been agreed upon between the victim and Madison, according to a witness.

The officers alleged that, "however, instead of following through with the transaction, Madison attempted to rob the victim. 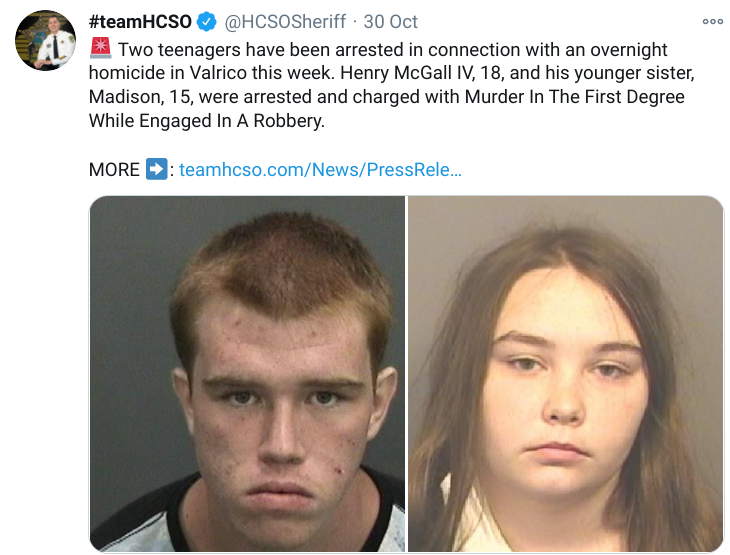 "Moments later, Henry McGall approached the driver's side of the vehicle, raised a handgun, and fired one shot into the car, hitting the victim.

"The victim later died at a local hospital."

Detectives executed a search warrant, conducted interviews and "processed evidence from the neighborhood where the shooting took place.

"Through investigative means, they identified both Henry and Madison McGall as the suspects," the release added.

Sheriff Chad Chronister said: "Any loss of life is tragic.

"It's even worse when it [allegedly] involves two young people who made such a horrible choice.

"I'm thankful that our detectives were able to identify these two individuals and have them under arrest within 24 hours."

Both suspects were taken into custody on charges of first-degree murder "without incident", the office added. 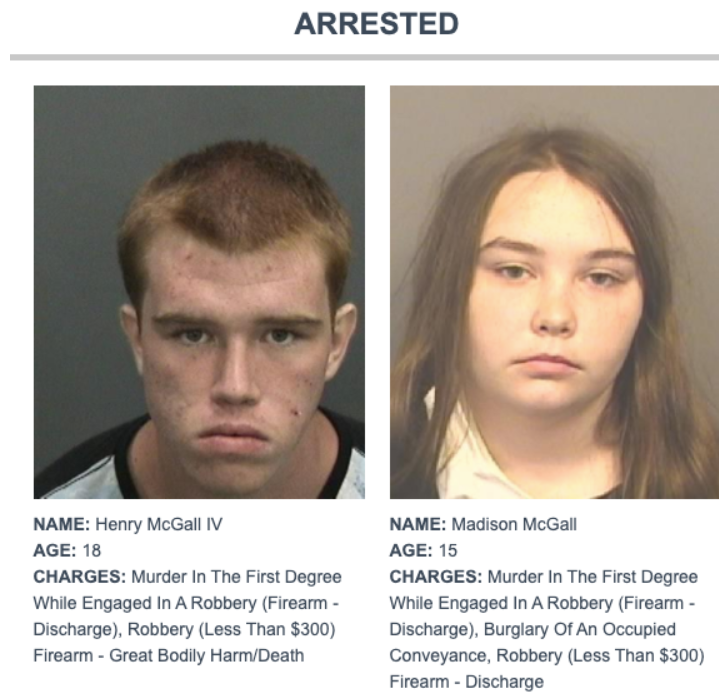 Above: Hillsborough County Sheriff's Office announces the McGalls' arrests in a press release after a man was fatally shot during a botched drug deal
Read Entire Article