A BUSINESSMAN and his family stand beside a 35ft blow-up Grinch which has attracted 5,000 visitors to their home.

Ray Liddell 49, ordered it online without noting its size and was stunned when he inflated it in Hartlepool, Co Durham. 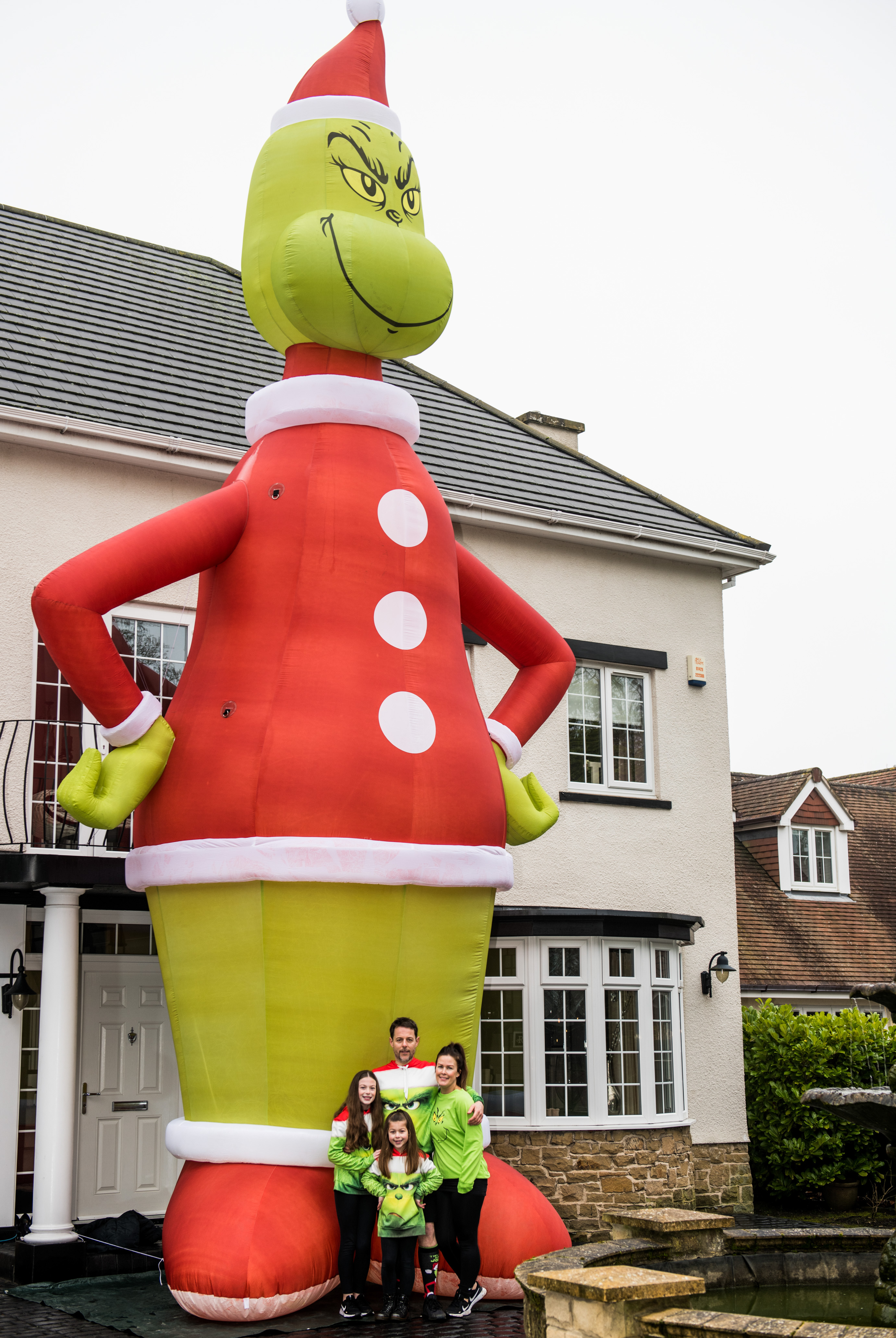 Ray, Jenna, Jasmine and Olivia Liddell in front of the 35-foot tall inflatable Grinch outside their home in HartlepoolCredit: Mercury Press 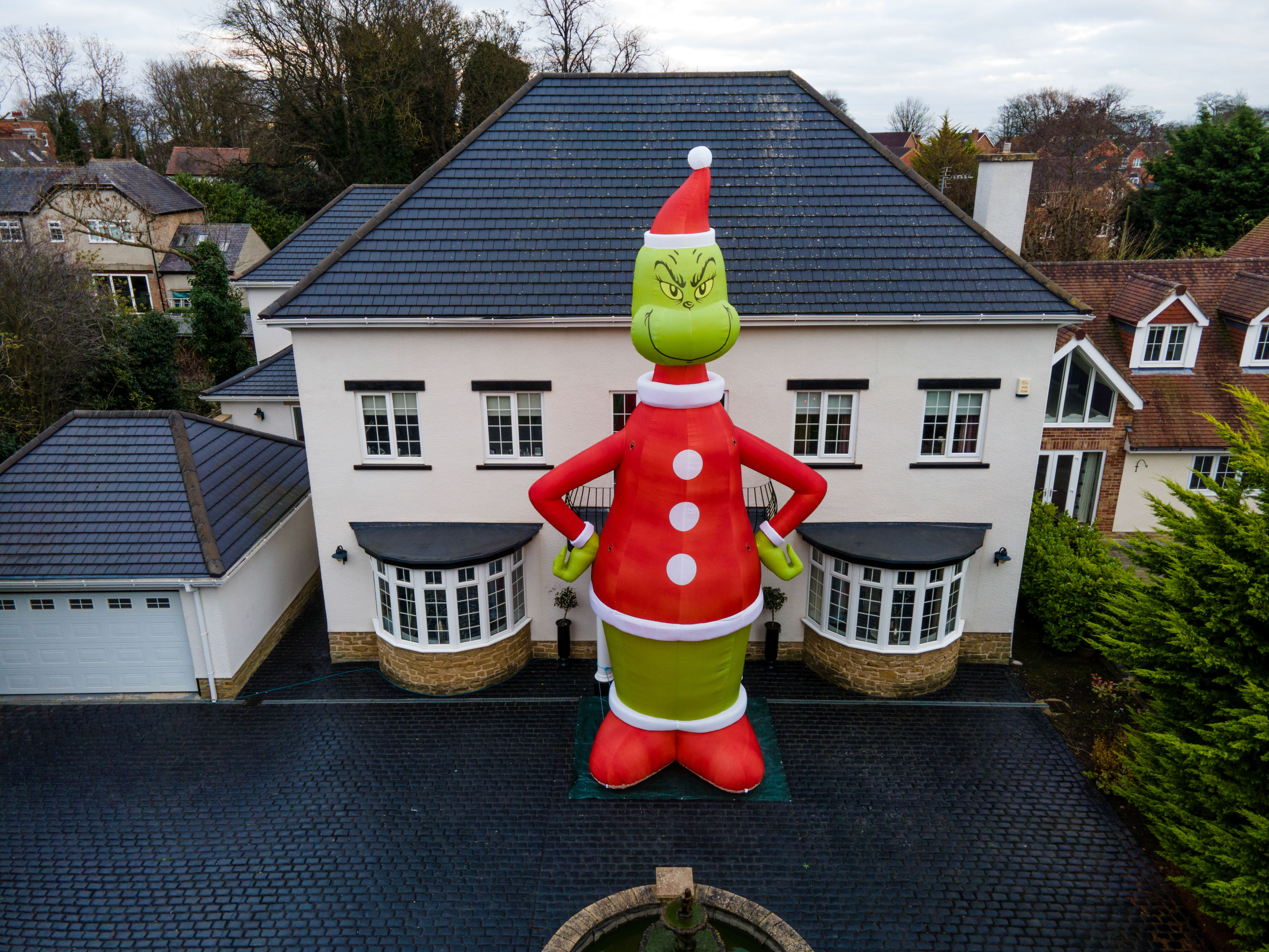 He urged visitors to make charity donations which have so far topped £8,000.

Ray, who has two kids, said: "It's a total picture of positivity. People are coming from all over to have their photos taken.

"There was a queue on Sunday morning. I made sure everyone was socially distanced. I reckon we must have had over 5,000 people visit.

"It's been a real marvel so far.

"I only ordered it for my daughter as she loves The Grinch. I was delighted with her reaction, let alone that of strangers.

"Jasmine was just screaming at it like crazy when it was all blown up.

"My kids love the decoration and also it is providing a great way to raise money for charity." 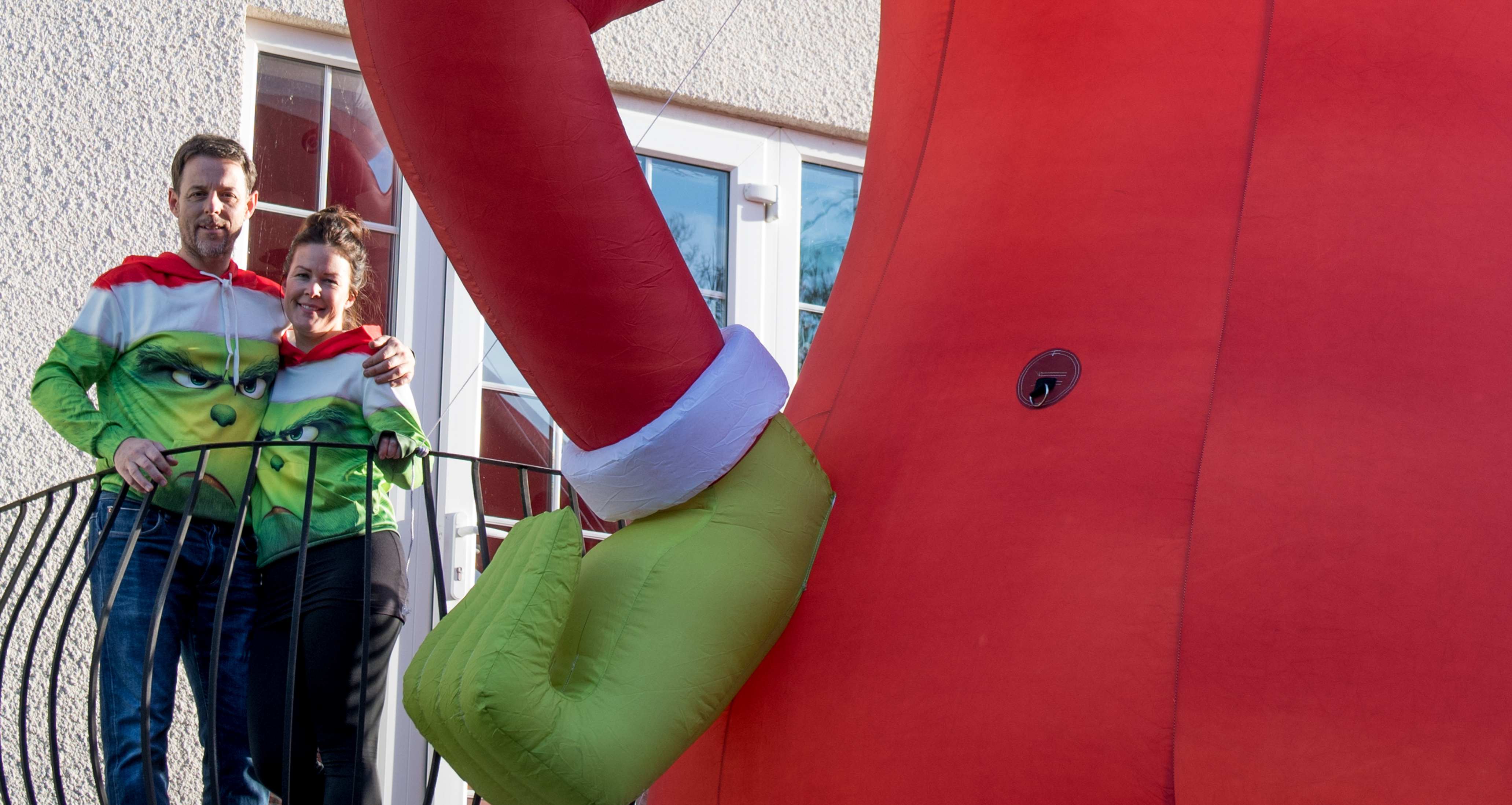 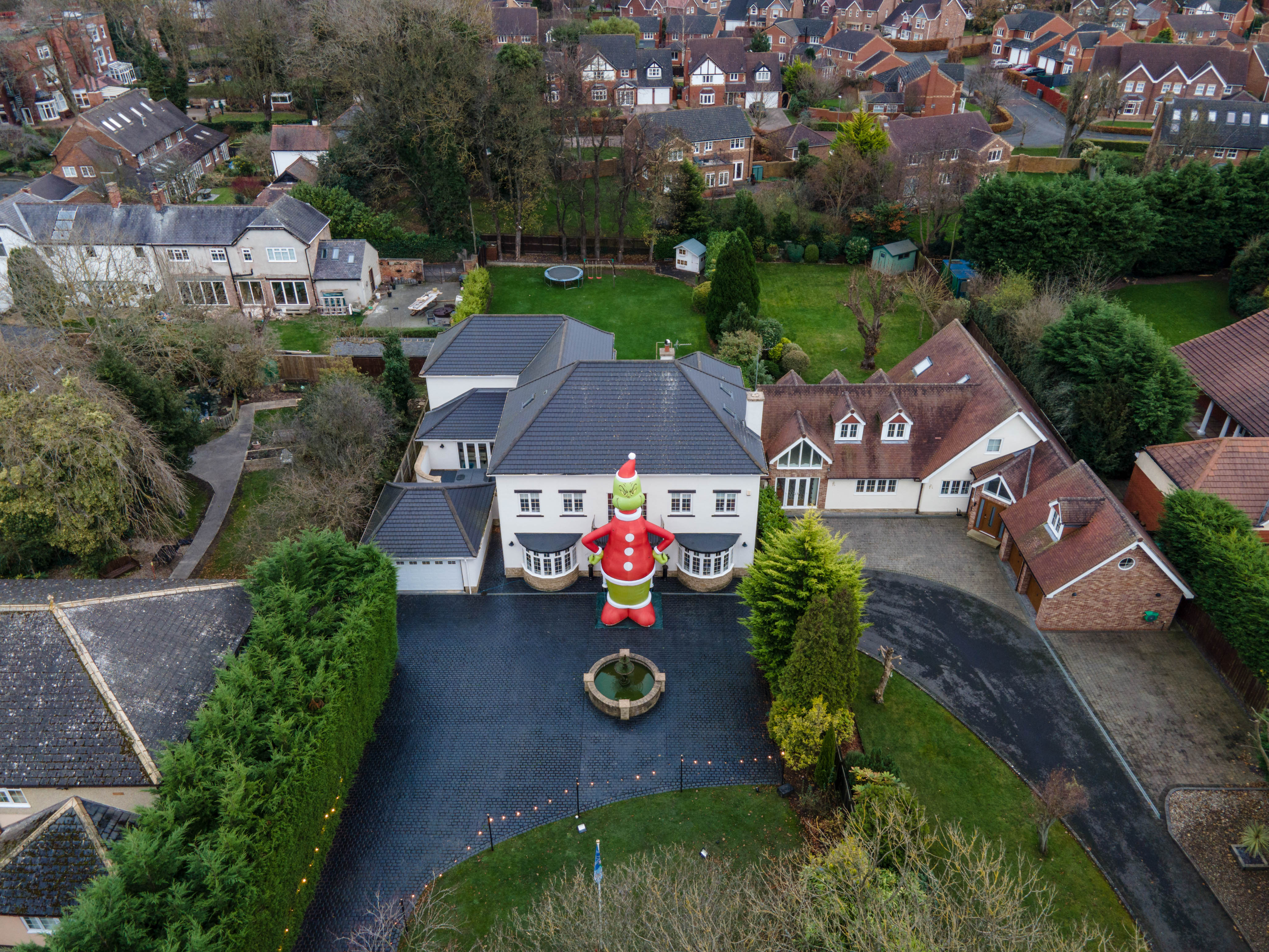 Ray ordered it for approximately £500 online without noting its sizeCredit: Mercury Press