A TODDLER who was horrifically burned in a farming accident will need to undergo a decade's worth of surgeries to reconstruct her face.

Little Rawkee Hunt suffered excruciating third-degree burns when smoldering embers from a grass fire caught onto her body as she played on her father's ranch in Kanab, Utah. 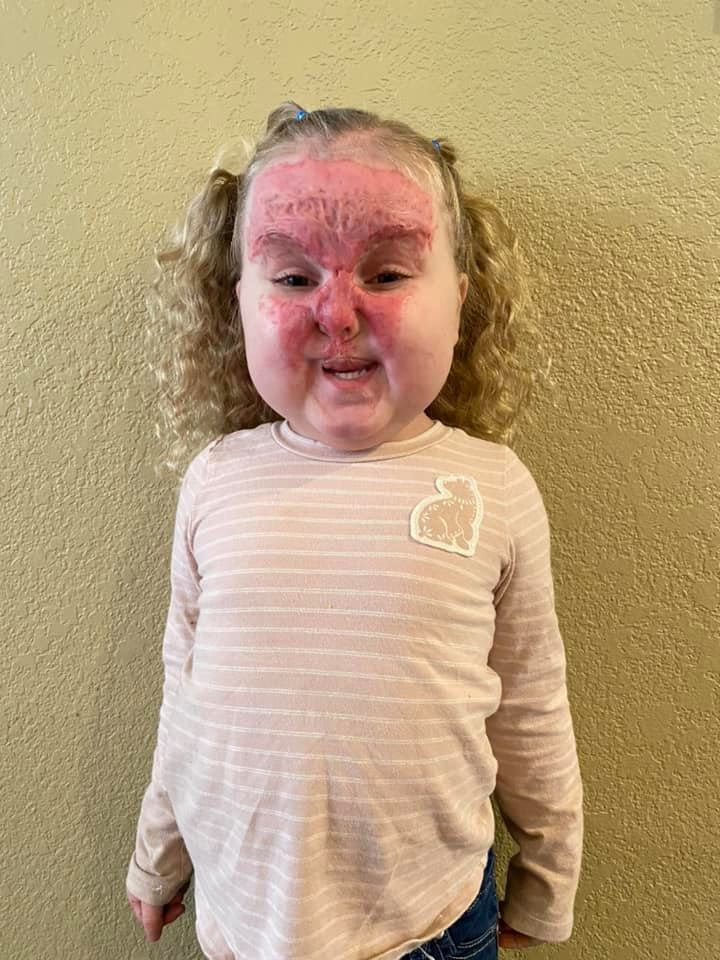 A four-year-old girl will need to undergo a decade's worth of surgery after suffering excruciating burns in a freak accidentCredit: SWNS:South West News Service 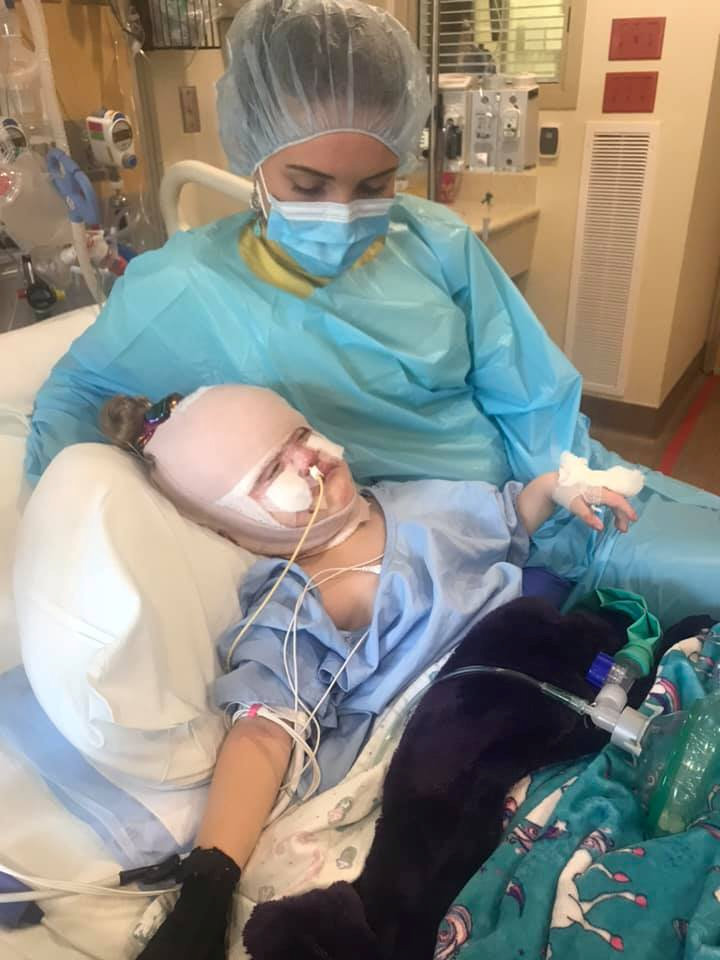 In order to fully recover, the four-year-old faces several rounds of treatments, including a procedure that involves inserting medical balloons beneath the surface of her skin, Metro reported.

Rawkee returned home after 45 days in the ICU, but her body is still traumatized from the harrowing ordeal.

The tragic accident happened in February, when Rawkee was playing on the ranch with her dad Shay, who had just finished burning fence lines - a process famers use to keep fences clear of weeds.

According to the Daily Mail, she was rushed to Kane County Hospital, where she was intubated before being airlifted to a hospital in Las Vegas.

The tot was then flown to the University of Utah Hospital, where she underwent multiple surgeries including skin grafting.

Doctors took skin from her right rib cage and the front of both of her thighs to cover the burns on her face, hands, legs, left arm and left ribcage.

Rawkee's mother Megan, a hair salon owner, said her daughter's chipper attitude despite her debilitating injuries has inspired the family to stay positive.

"She sits in front of the mirror every morning and she never feels bad about herself," Megan told Metro. 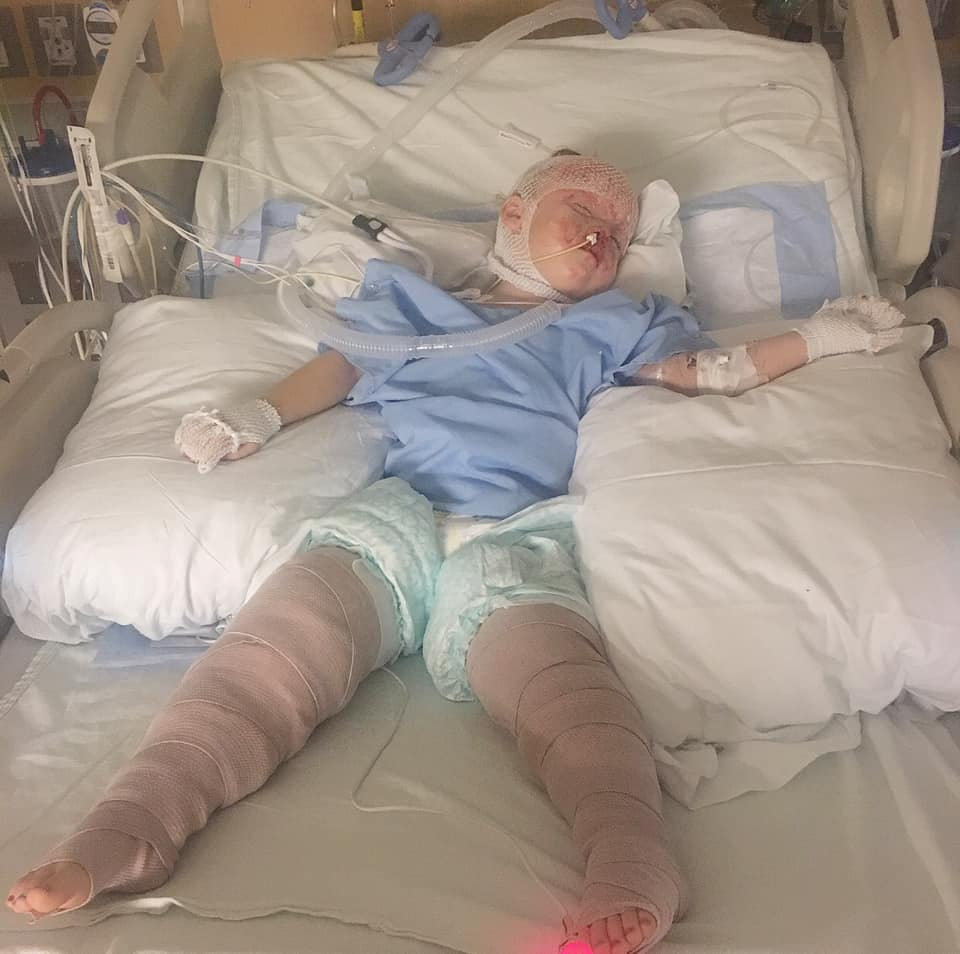 Rawkee's body has swelled up as a result of her endocrine system collapsingCredit: SWNS:South West News Service 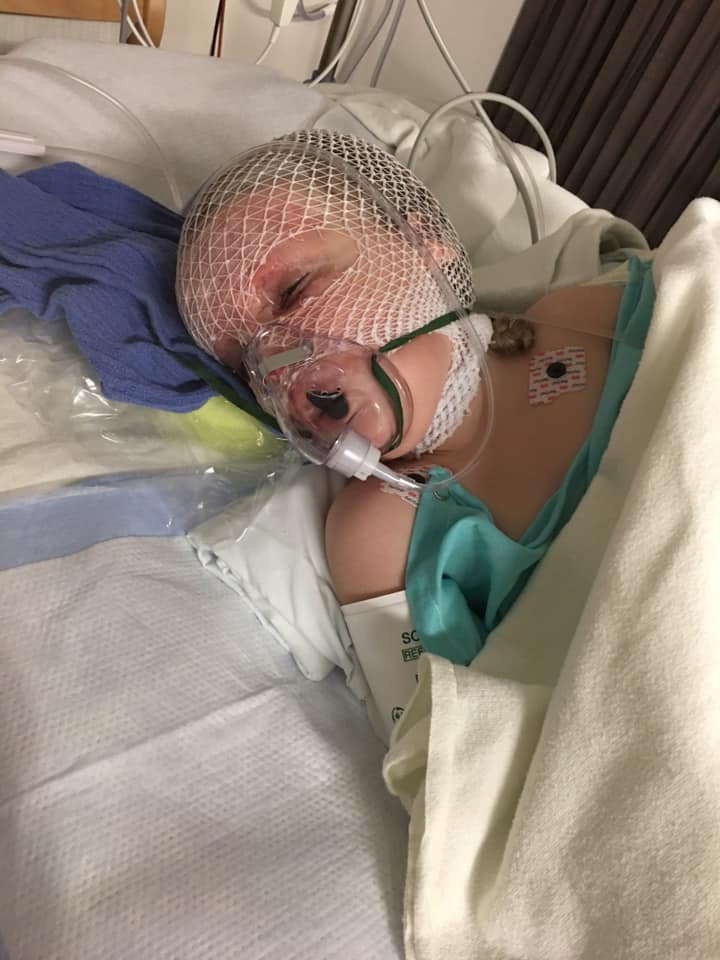 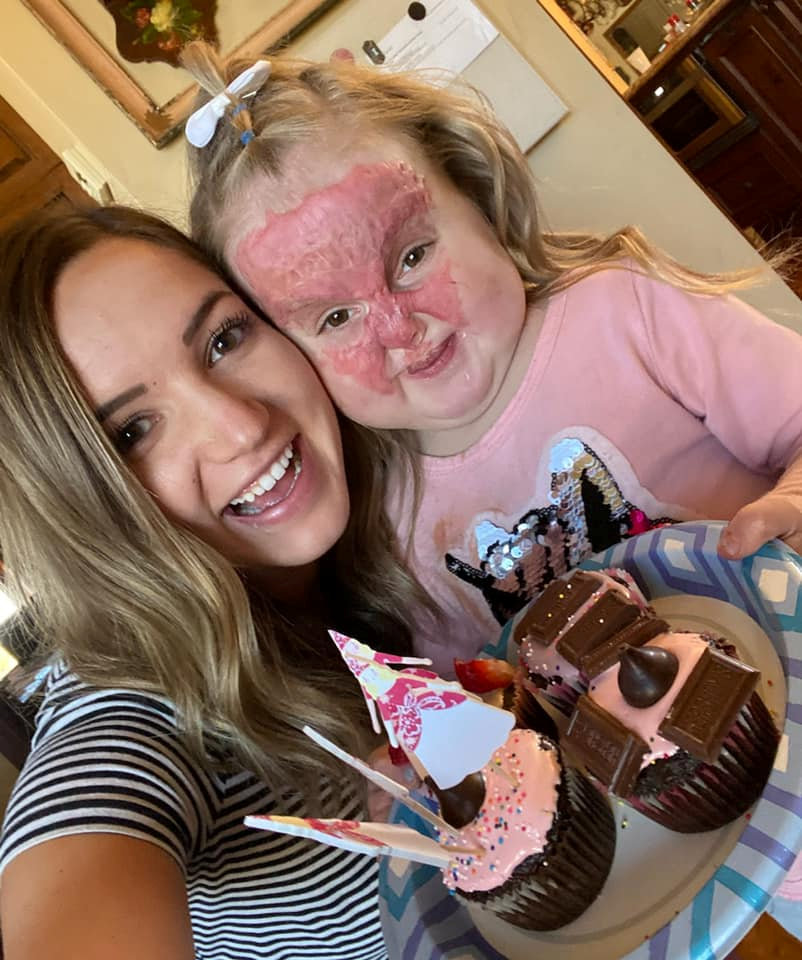 Megan added that Rawkee was never actually on fire - it was the intense heat from the freshly burned embers that caused her little girl's gruesome injuries.

"Shay heard her screaming. He couldn’t see anything," she explained.

"He started pulling her clothes off and he saw her sweate melting into her skin and her face was melting."

Doctors said the toddler suffered second- and third-degree burns on 18.5percent of her body, according to the Mail.

Little Rawkee will be in and out of the hospital for the next decade undergoing multiple surgeries to heal her burns and reconstruct her face.

Right now she's not stable enough for surgery, as her endocrine system has collapsed and caused her body to become swollen.

The reconstruction phase will take three to five years and will continue once she's stable again - once that's done, she'll have the procedure done on the rest of her body.

Megan and Shay, who are also parents to two other children and have a fourth on the way, set up a GoFundMe page to cover Rawkee's mounting medical bills. 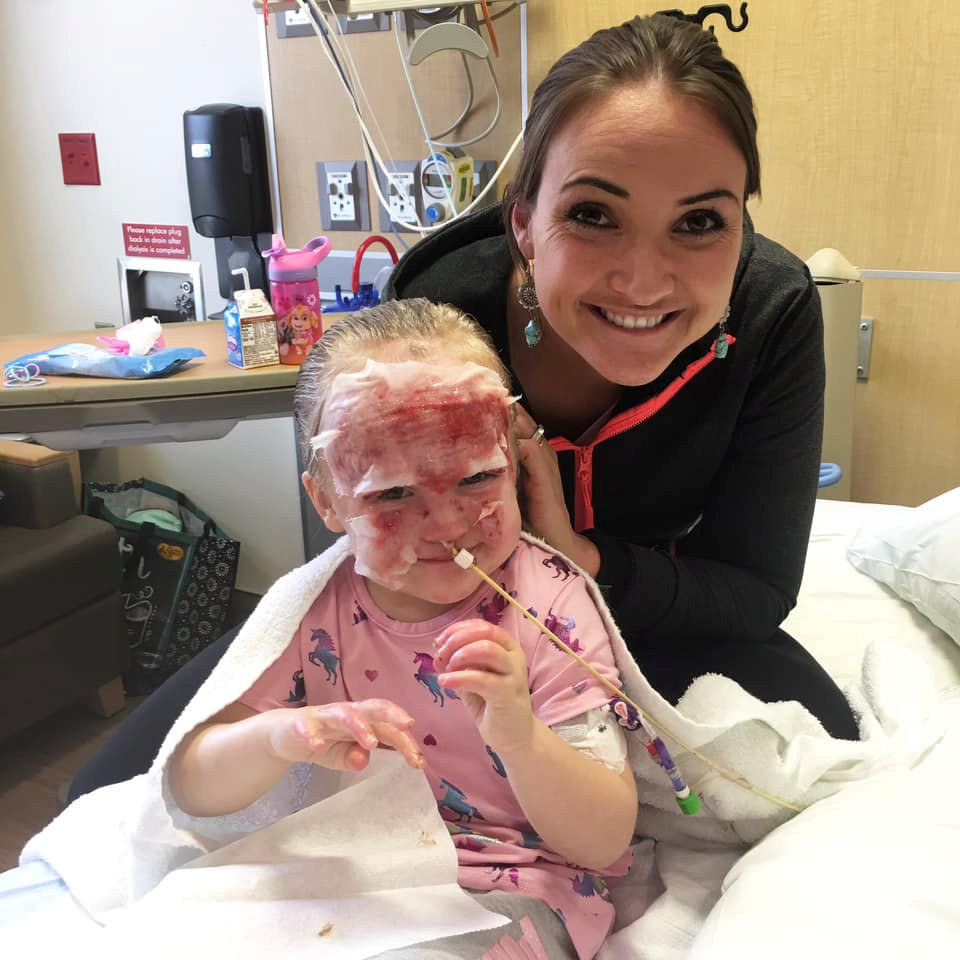 Rawkee's burns were caused by intense heat from embers that caught onto her clothes as she played on her father's farm, her mom saidCredit: SWNS:South West News Service 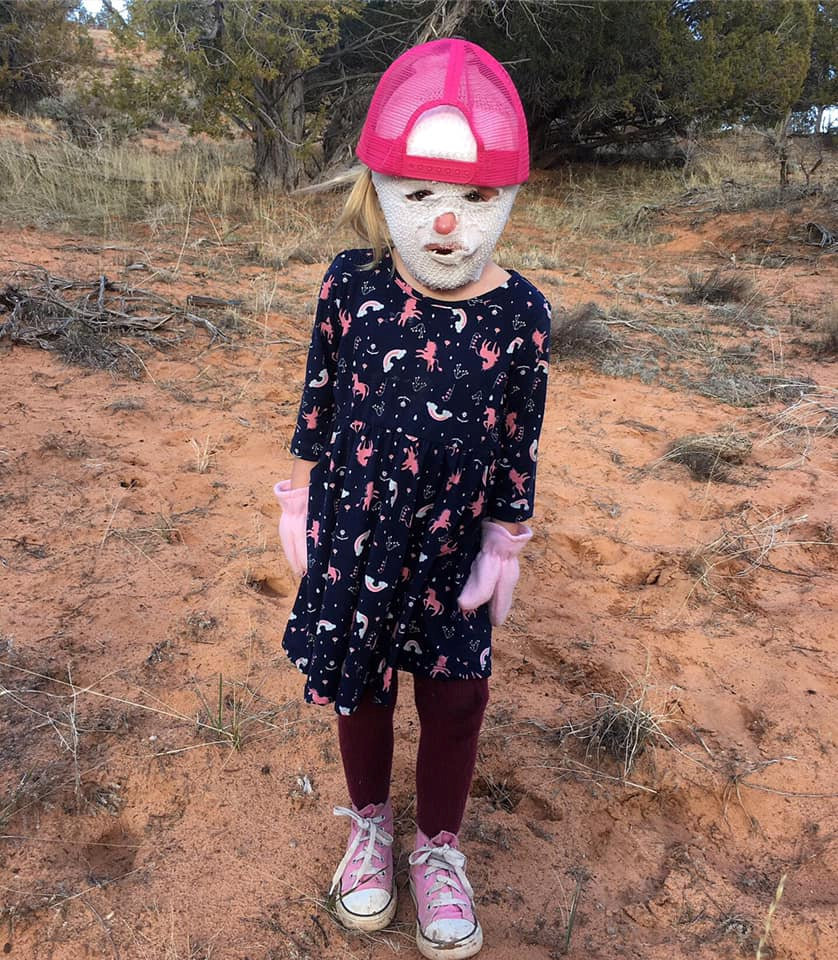 The reconstruction phase for Rawkee's face will take three to five years and will continue once she's stable againCredit: SWNS:South West News Service 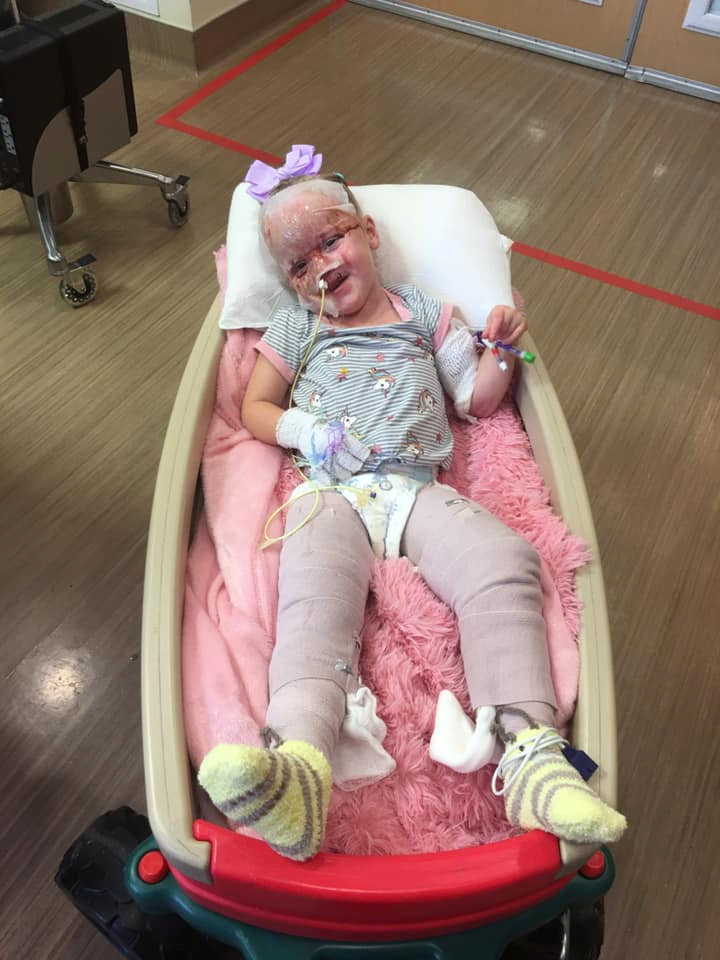 Rawkee's mom said her optimism has inspired her family to think positively about her recoveryCredit: SWNS:South West News Service

"I think we broke the million-dollar mark just that first week in the Vegas hospital," she said.

The hopeful mom is grateful to be financially stable, and says she and her husband plan to raise money for Rawkee's savings account. 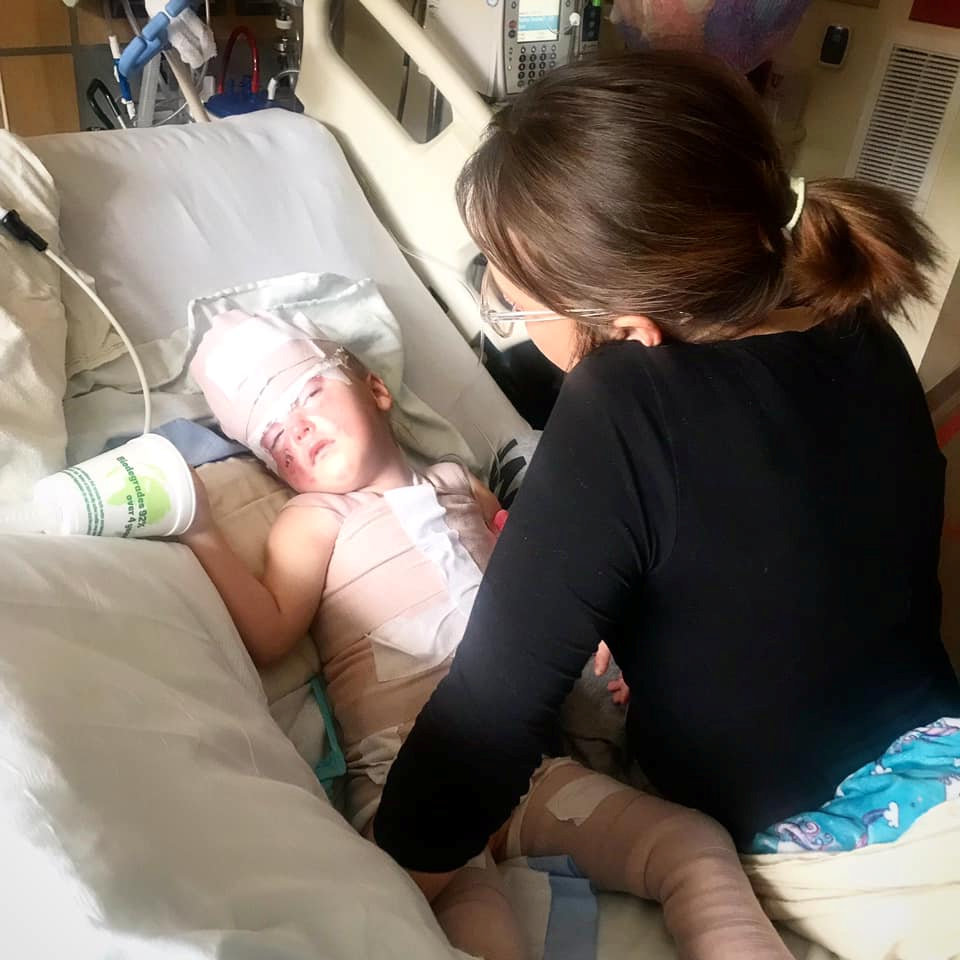