DISTURBING footage shows a female cop being run over during riots sparked by the shooting of a black man by police in Philadelphia.

At least 12 officers were hospitalised during a night of rioting and looting near a police station in the city. 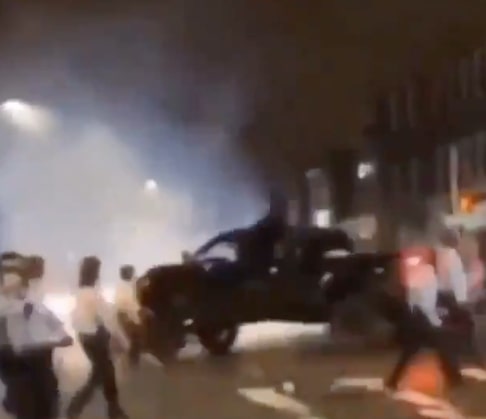 A truck speeds towards police in Philadelphia striking at least one officerCredit: Twitter / selfdeclaredref 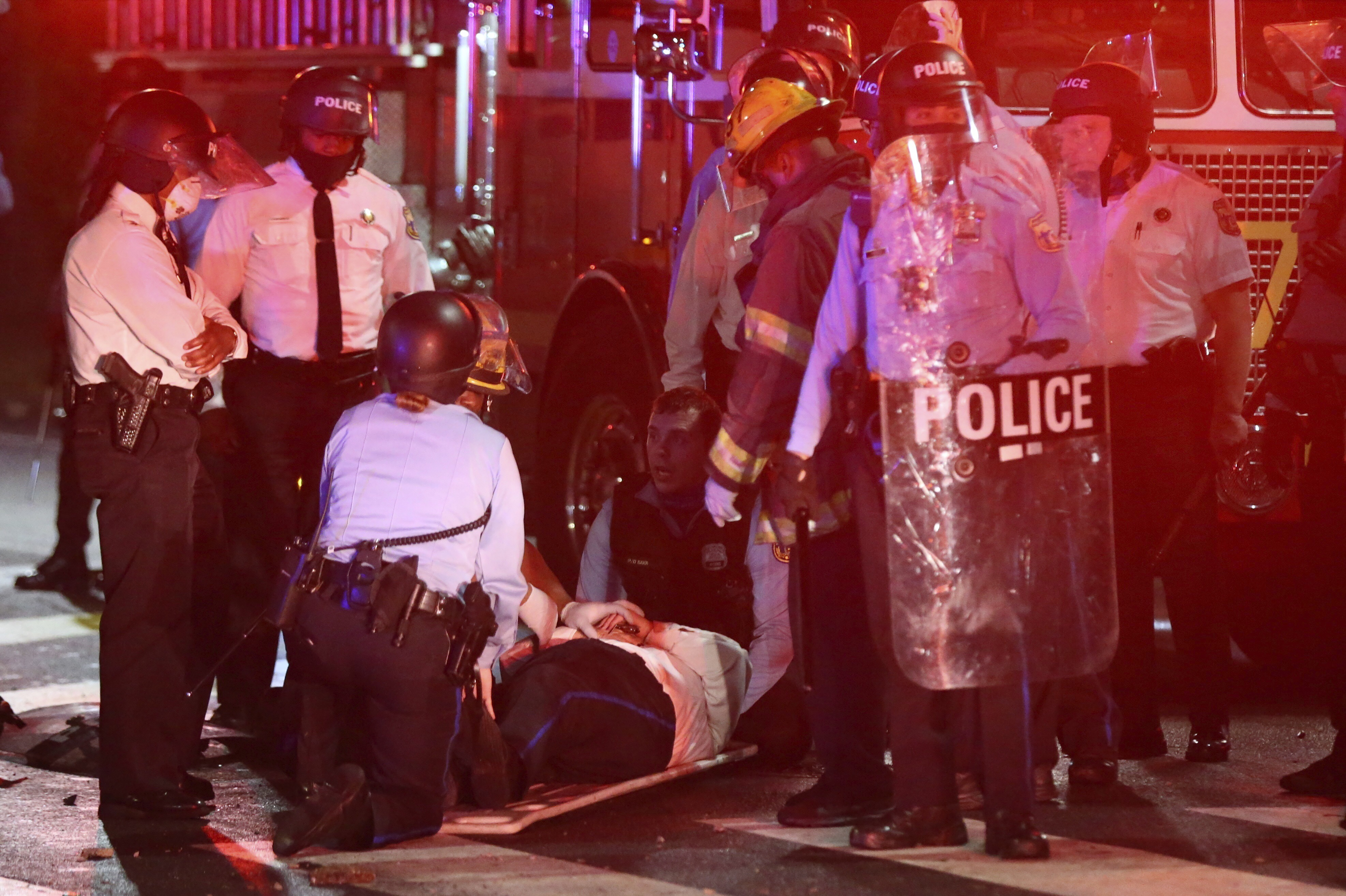 A female cop was hospitalised after the truck incident during unrest sparked by the shooting of a black man by policeCredit: AP:Associated Press

The video posted on social media shows a truck crashing into an unnamed female cop as it charged towards a line of officers before 1am today.

The violent unrest was sparked by the shooting of Walter Wallace Jr, 27, by police at 4pm yesterday.

Wallace, who is said to have suffered from mental health issues, was filmed chasing after two officers holding a knife.

The 27-year-old was taken to a nearby hospital where he was pronounced dead yesterday.

His death comes five months after the killing of another black man George Floyd in Minneapolis which sparked protests across the US and the world.

In the footage, filmed by a local man, Wallace is shown charging at two officers who back away from him with their guns drawn. 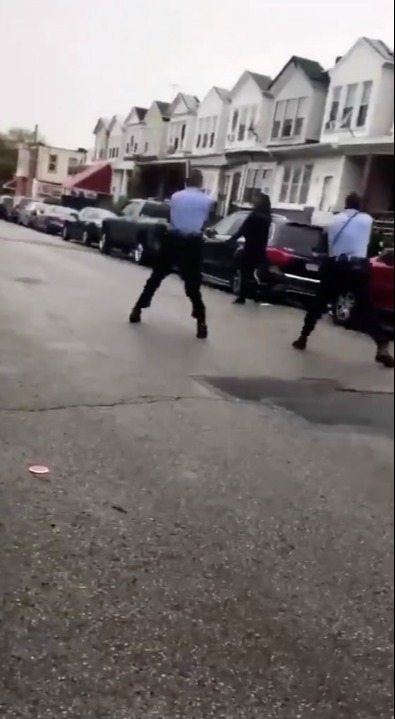 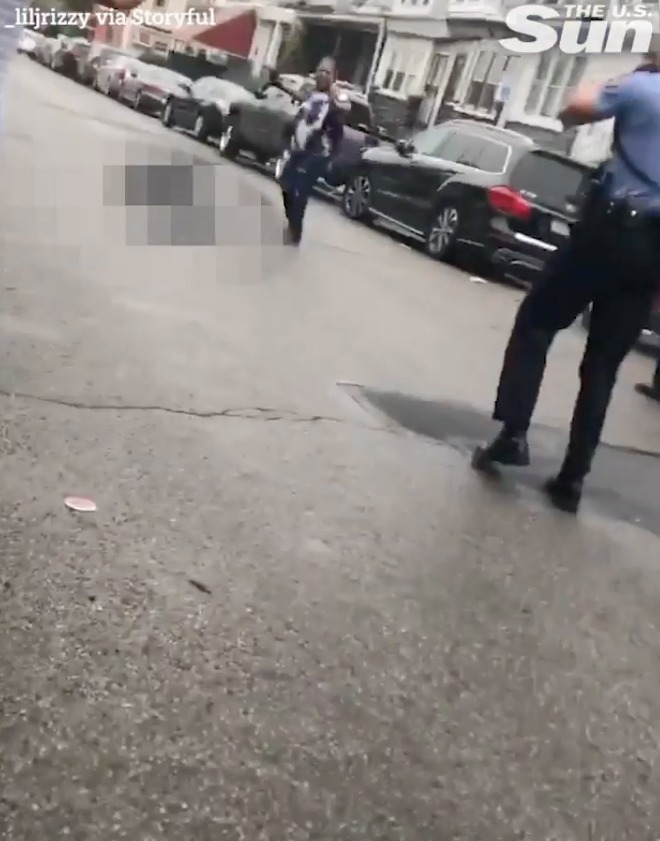 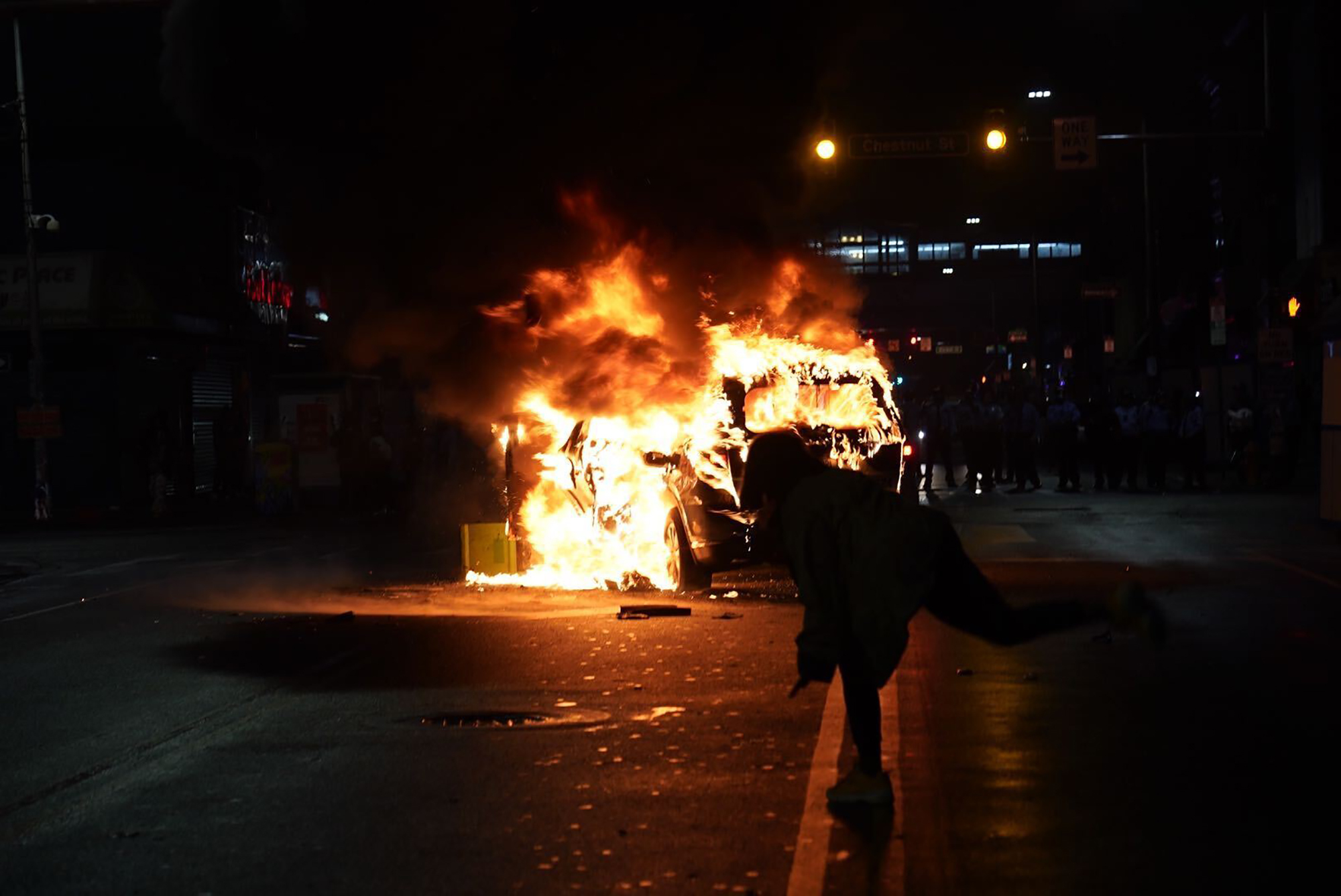 Both officers then open fire shooting the 27-year-old at least 14 times.

Locals, including a woman believed to be the victim's mother, gather round his body after the shooting in broad daylight.

The woman is heard screaming "no".

"You really had to give him that many f***ing shots?", the man who filmed the incident can be heard saying to the cops.

Witnesses are demanding to know why police had to use lethal force against Wallace, reports ABC6.

Police spokesperson Eric Gripp told the Philadelphia Inquirer that Wallace "advanced towards the cops after they ordered him to drop his weapon.

He said the footage of the shooting was being reviewed by investigators.

His death sparked protests around the streets where he was shot before hundreds of demonstrators gathered at Malcolm X Park in the city centre chanting "Black Lives Matter" at around 6.30pm.

The protestors then marched towards a police station at 55th and Pine Streets while shouting "Say his name. Walter Wallace."

Amid looting and unrest in the area, riot cops gathered in a line at the site near the law enforcement building.

The female cop who was run over by the speeding black truck was rushed to hospital, it has been reported.

Local media reports that multiple officers were hit by the truck - although only one is seen lying on the ground in the footage.