PRESIDENT Trump said he's not to blame for anti-Clinton chants from the crowd as he called Hillary "crooked, disgraceful, deplorable" and "irredeemable" during a rally on Wednesday.

Trump's comments came as he spoke to supporters in Bullhead City, Arizona. 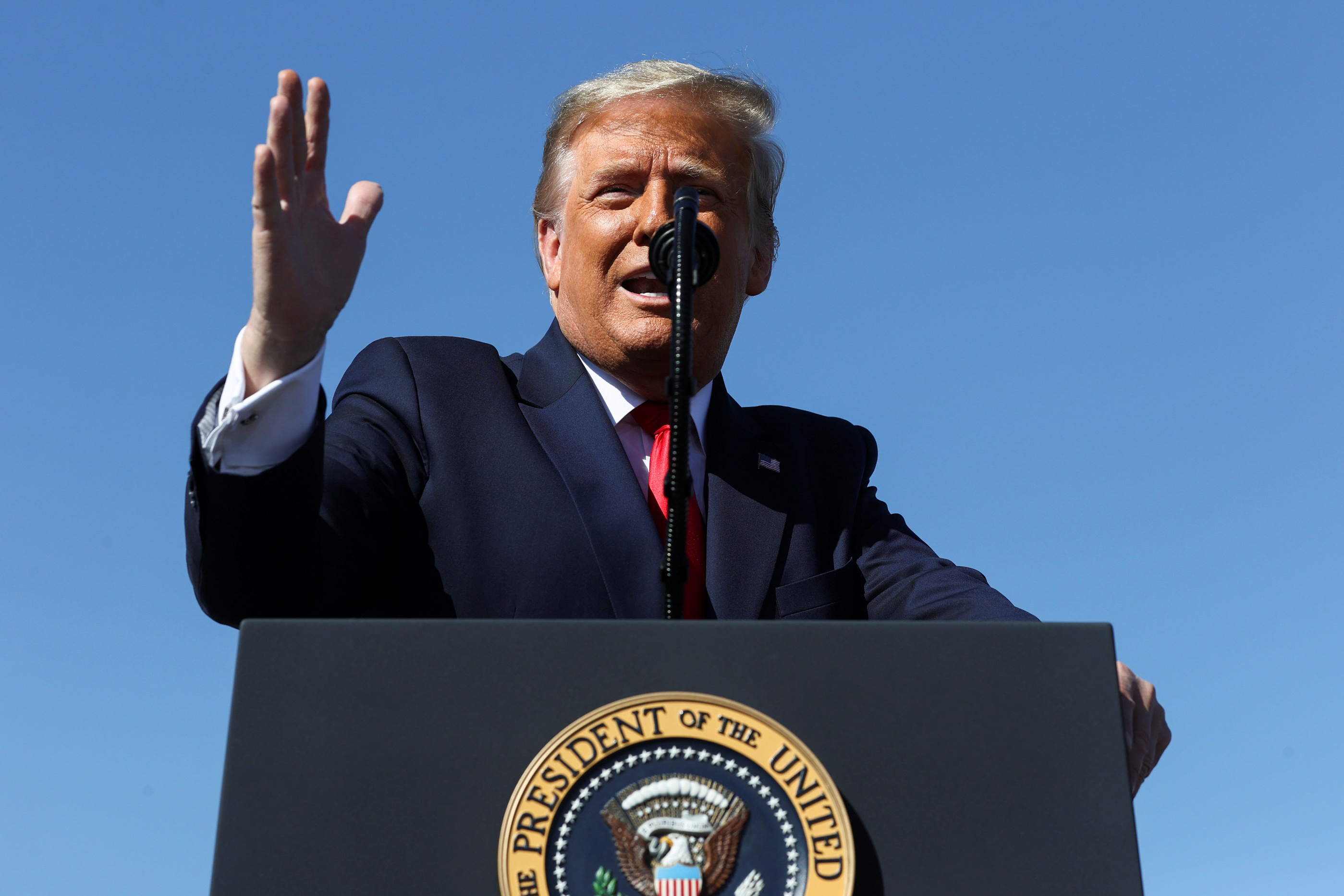 Trump said he is 'innocent' as his crowd began to chant 'Lock her up' at the mention of Hillary Clinton's nameCredit: Reuters 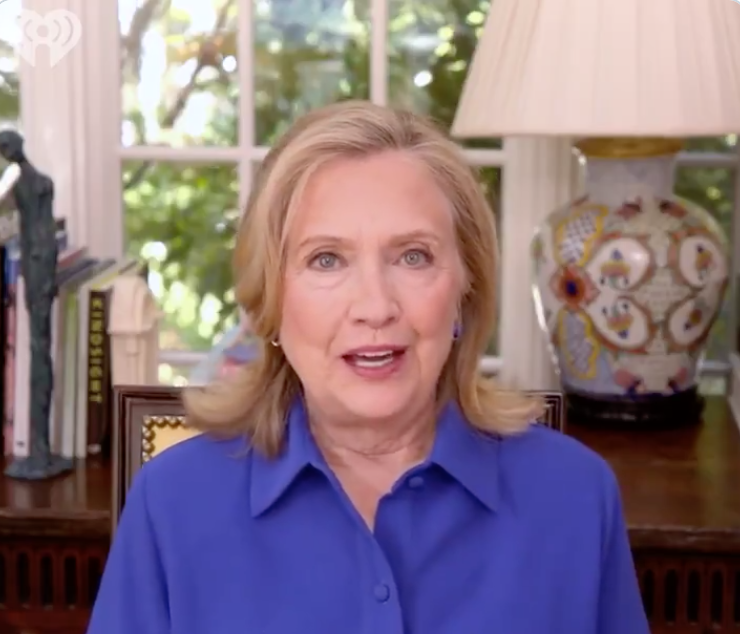 Crowds then began chanting, "Lock her up!" as Trump continued speaking.

"I’m an innocent bystander," he told his supporters.

"All I have to do is mention her name, crooked, disgraceful, deplorable, irredeemable…" Trump said of the former Secretary of State.

Trump then added that he doesn't want Clinton's speechwriter "whoever he or she is." 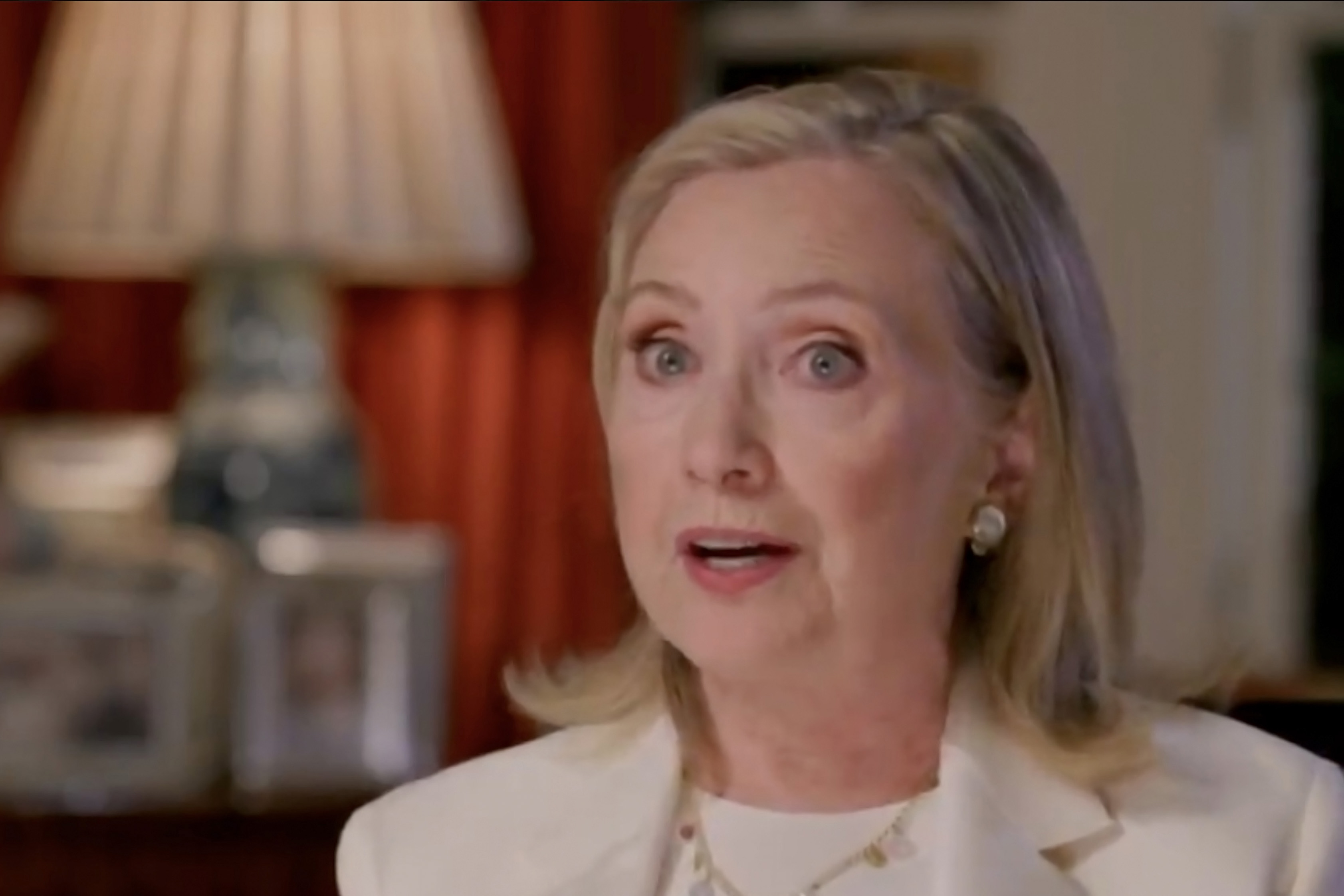 Trump said he was an 'innocent bystander' as his crowd called for the former Secretary of State to be locked upCredit: Getty Images - Getty

He added the 2016 Democratic presidential candidate "was a lot smarter than sleepy Joe."

Also speaking to his supporters at the rally, Trump vowed for a high GDP.

The GDP is set to be released by the Bureau of Economic Analysis on Thursday.

"If that number is not big, you don't even have to vote for me," he told supporters when speaking on the GDP.

With high winds in Arizona, Trump also called for the microphone to be turned up.

The microphone screeched with feedback multiple times – which gained criticism from the president. 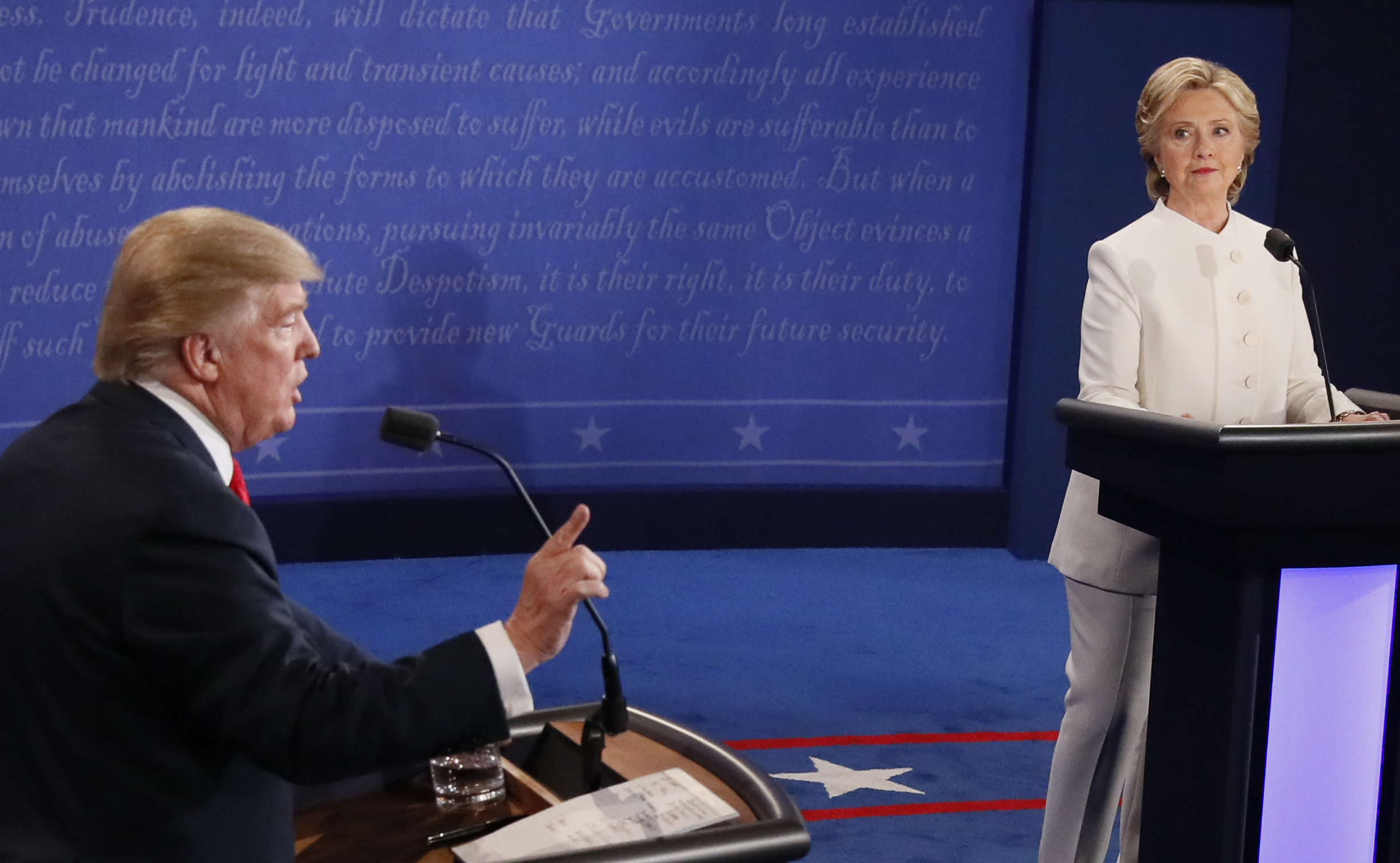 Trump and Clinton are seen facing off in a debate on October 19, 2016Credit: AFP - Getty

"Whoever did this microphone, don’t pay 'em," Trump said.

"You know I have a reputation for not paying. And it's a false reputation."

When there was feedback again from his mic, Trump suggested: "'It’s a probably a rhino is operating it." 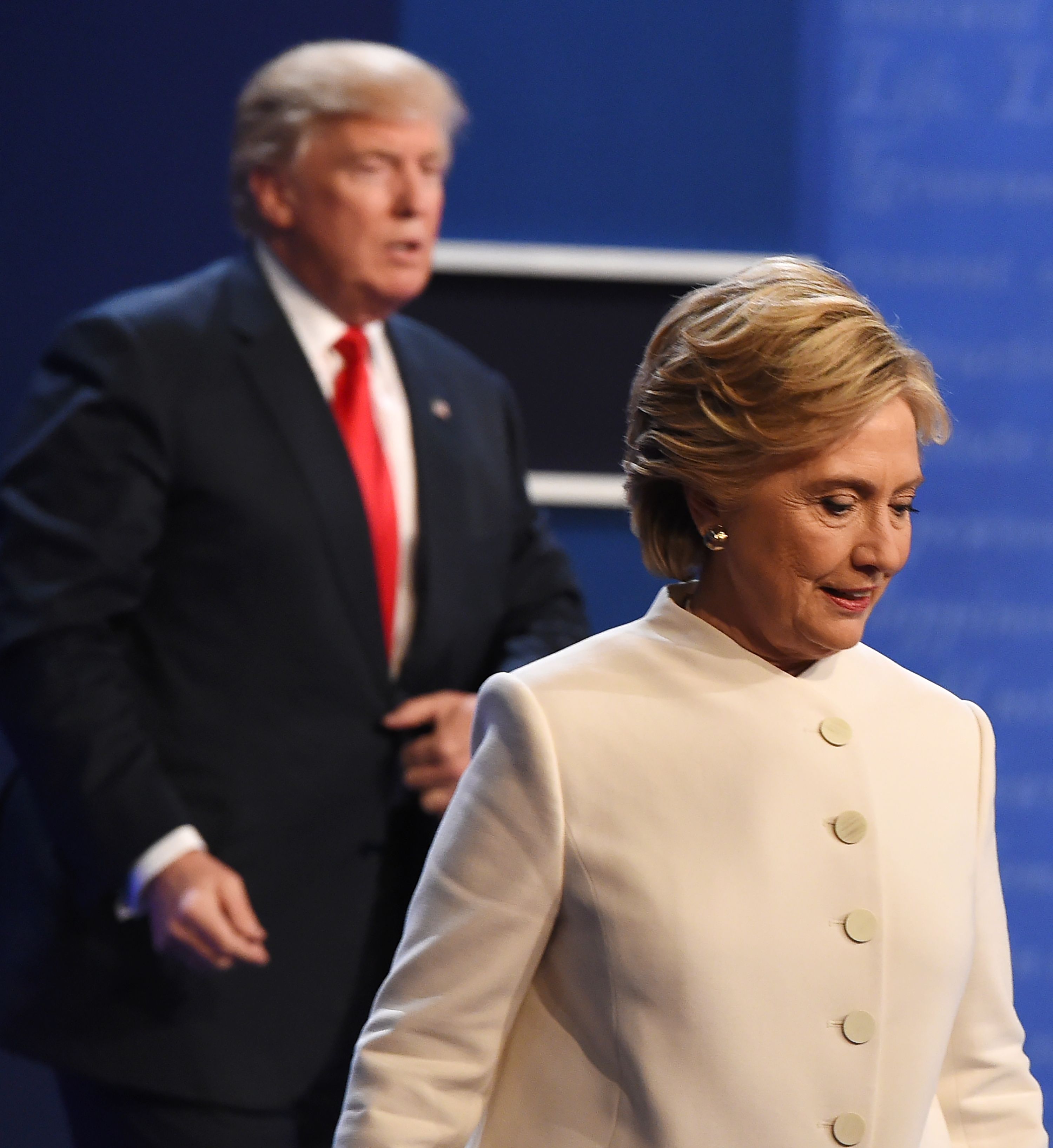 He then backpedaled on the feedback, however, saying: "Fellas don’t worry about it."

Trump also took the opportunity to hit at "Sleepy Joe" as he hit at the Democrat's tax policies and coronavirus plans.

With just six days until the presidential election, both Trump and Biden's campaigns have hit the ground running in key battleground states.