TWO boys aged 14 are in custody for attempted murder after a man was stabbed in the neck and stomach during a street row.

Emergency services dashed to the scene after the man, 56, was knifed in the early hours of Tuesday morning in Southampton, Hants. 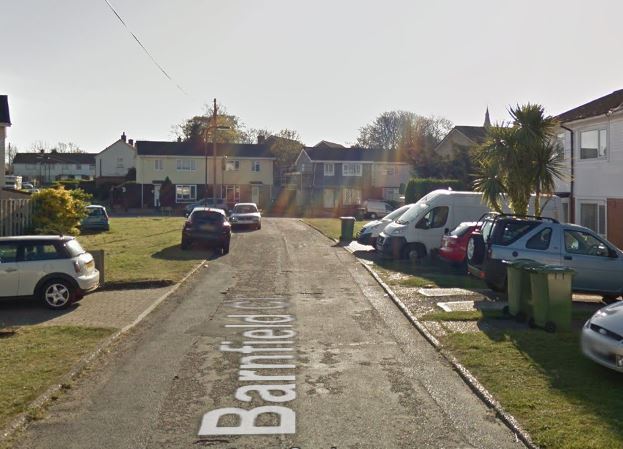 Cops said they were called by paramedics who were first on the scene in the Weston area of the city.

A Hampshire police spokesman said today: "We were called at 12.40am on October 27 to a report of a serious assault on Barnfield Road, Southampton.

"A 56-year-old man had suffered stab wounds to his neck and stomach following an altercation with two people."

The injured man was taken to Southampton General Hospital for treatment.

"His injuries are serious but not believed to be life-threatening.

"Two 14-year-old boys, both from Southampton, have been arrested on suspicion of attempted murder. Both remain in police custody," he added. 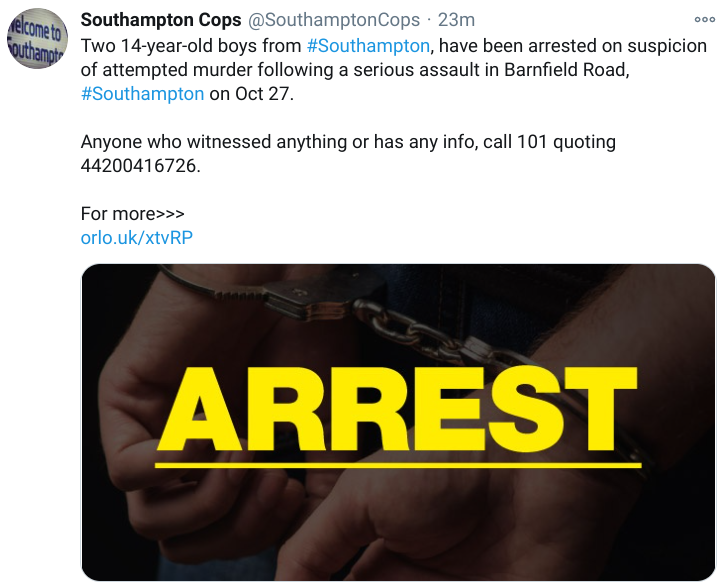 Southampton Police have tweeted for witnesses after the street knifing

Detective Sergeant Will Whale added: “We are investigating an attempted murder after a serious assault took place.

“Although this happened in the very early hours of the morning it was in a residential area.

"Therefore we believe someone may have seen what happened.

“Officers continue to carry out a number of enquiries to establish the exact circumstances in the area today."

He acknowledged that the near-fatal stabbing "will cause concern in the local community due to the ages of those allegedly involved.

"It is really important that we obtain the facts around this case.

"Therefore we continue to ask anyone who witnessed the incident or has any information, that has not yet spoken to us, to get in touch."