We were left homeless, spiralling into debt & barely able to afford food after cancer ravaged our lives – & finances

IT'S a devastating disease that ravages its victims' health.

But cancer also has a massive impact on the bank accounts of the millions of people it affects - leaving some homeless and barely able to afford food. 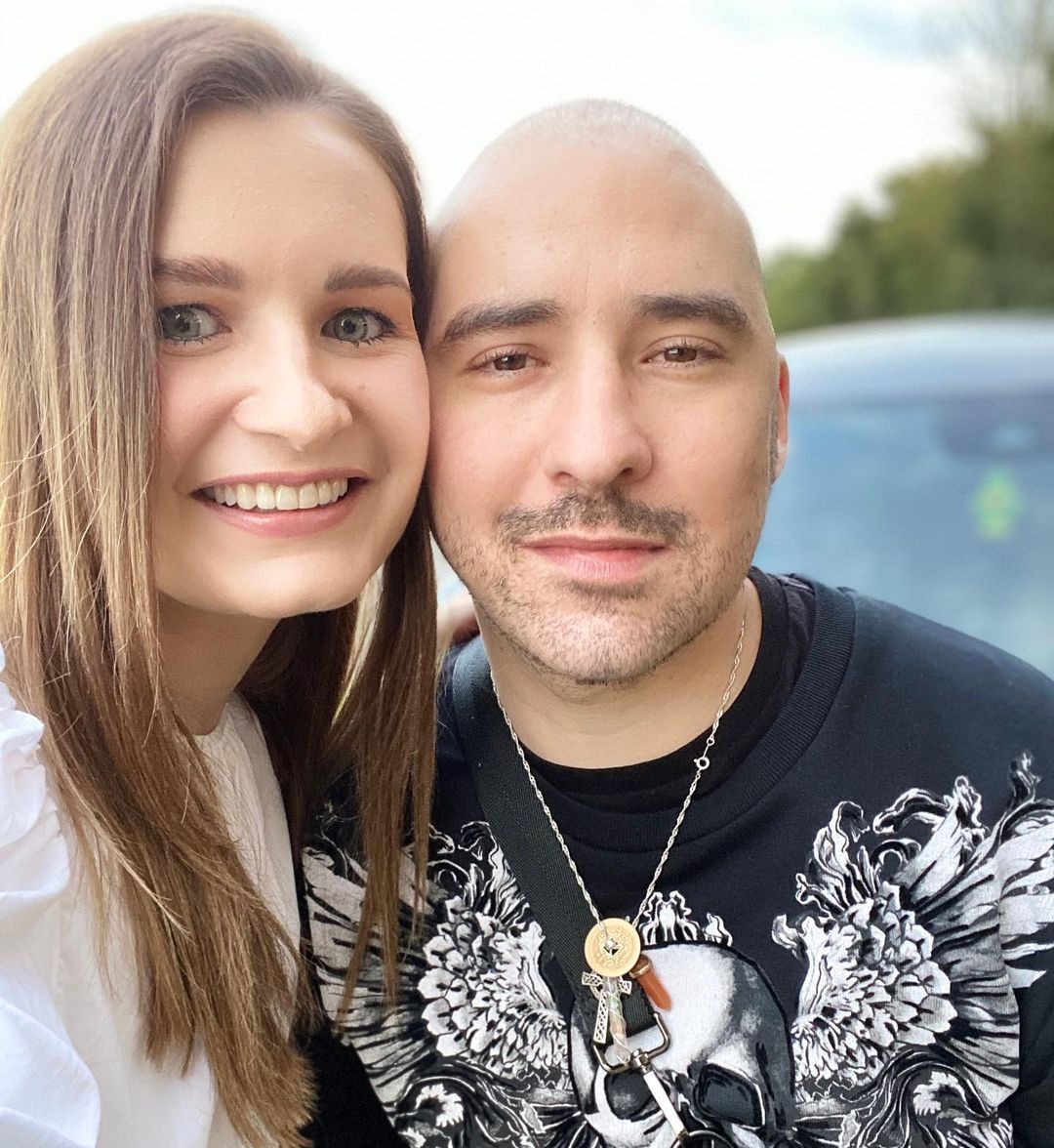 Julian Fiano, pictured with girlfriend Lucy Docherty, was left homeless and barely able to afford food after being diagnosed with cancerCredit: Instagram

New research reveals more than a third of people with cancer in the UK - 39 per cent - are severely financially impacted by their diagnosis.

Of these, 31 per cent are forced to take out a loan or go into credit card debt simply to get by, according to the data by Macmillan Cancer Support.

Some even find themselves too skint to pay their rent or mortgage: one cancer patient admits he had to sofa-surf with pals to stay off the streets.

The charity's researchers also found around one in five Brits - 19 per cent - have only £250, or less, in savings. And 13 per cent have none at all.

This can prove stressful in the case of a cancer diagnosis - with patients often unable to work and facing mounting transport costs to get to hospital. 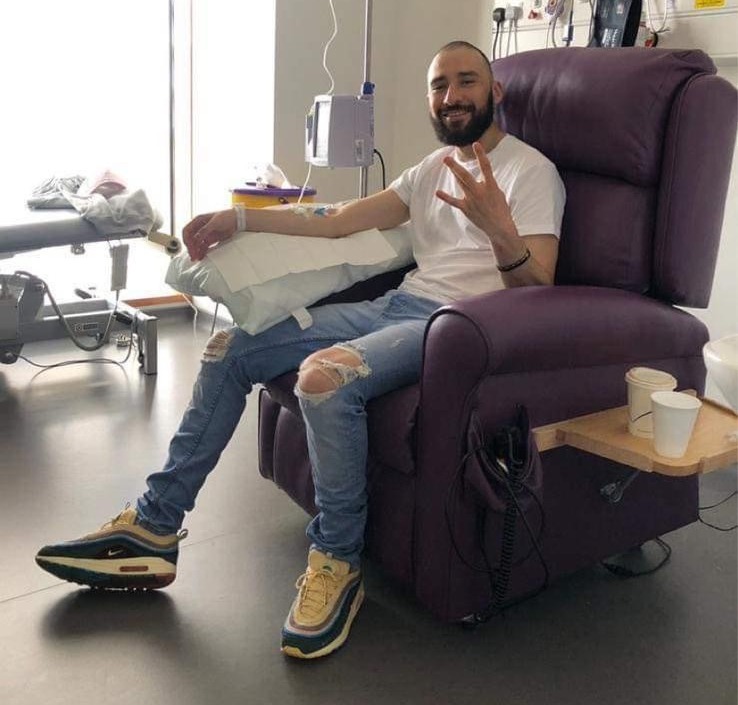 New research reveals more than a third of Brits with cancer are severely financially impacted by their diagnosis. Julian, pictured, is among themCredit: Supplied

Lynda Thomas, chief executive at Macmillan, says: “We hear from people living with cancer every day who are desperately worried about their finances – from worrying about paying their mortgage or putting food on the table, to holding off on switching the heating on when they need it and sitting at home chilled to their bones.

"It’s no exaggeration to say that receiving the life-changing news that you have cancer, for some people, is nothing short of a financial wrecking-ball."

Here, two cancer patients tell Sun Online about their own financial plights, as they call on Brits to support Macmillan's 'Everyone From Day One' campaign and help the charity be there for all cancer patients.

'I sofa-surfed to stay off streets'

Former First Dates contestant Julian Fiano, 32, lives near Sudbury, Suffolk. He was left homeless and barely able to afford food after being diagnosed with a terminal brain tumour in March 2016. 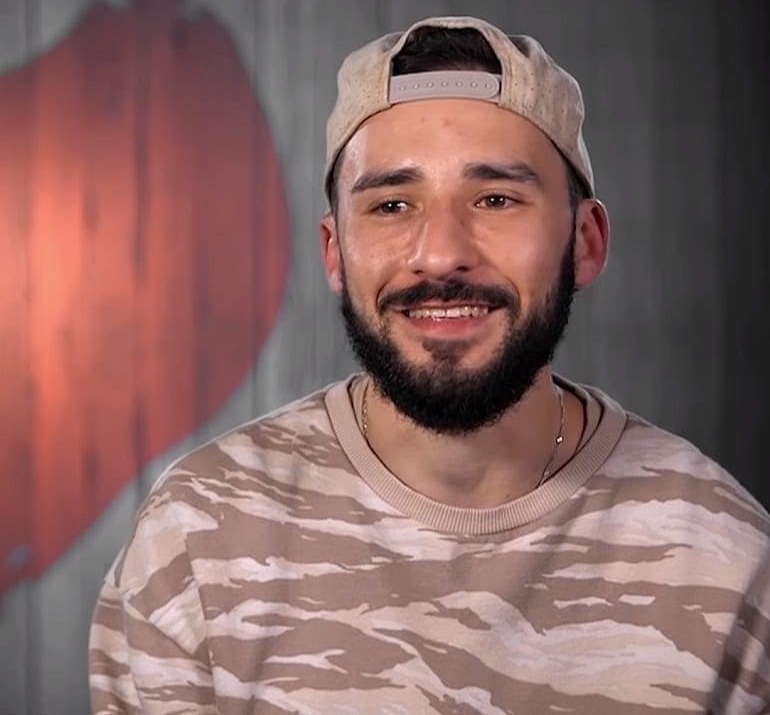 Julian says: "I was 28 and loving life when I was diagnosed with cancer.

It started with headaches and bouts of throwing up. I'd return home from playing football, head straight to my room and lie down in the dark.

Then my left foot started going to sleep. Once, I was walking in flip-flops and the left one came off. I tried to get it back on, but simply couldn't.

Before long, I couldn't do kick-ups in the garden, either. When the left side of my tongue also started tingling, I knew something was wrong.

I was diagnosed with a grade 4 brain tumour which presented as a golf ball-sized mass... doctors said it would kill me within nine to 12 months

My diagnosis came in March 2016: a grade 4 brain tumour called a glioblastoma which presented as a golf ball-sized mass in my head.

Doctors said it would kill me within nine to 12 months.

At the time, I had an excellent job as a sports coach working with schoolchildren in the north-west - something I'd always dreamed of. 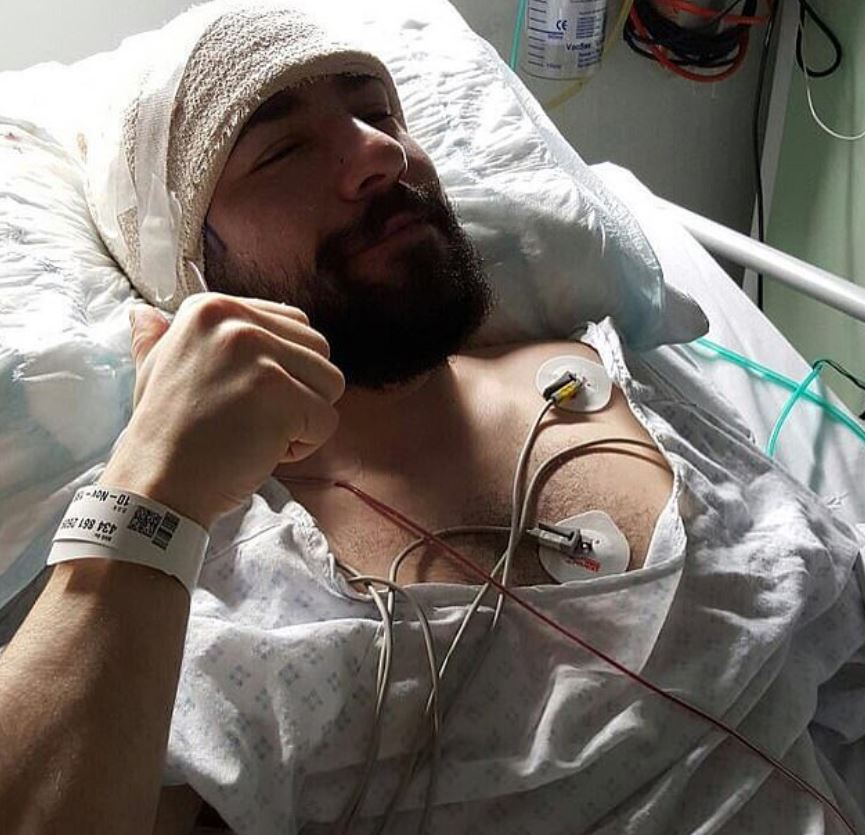 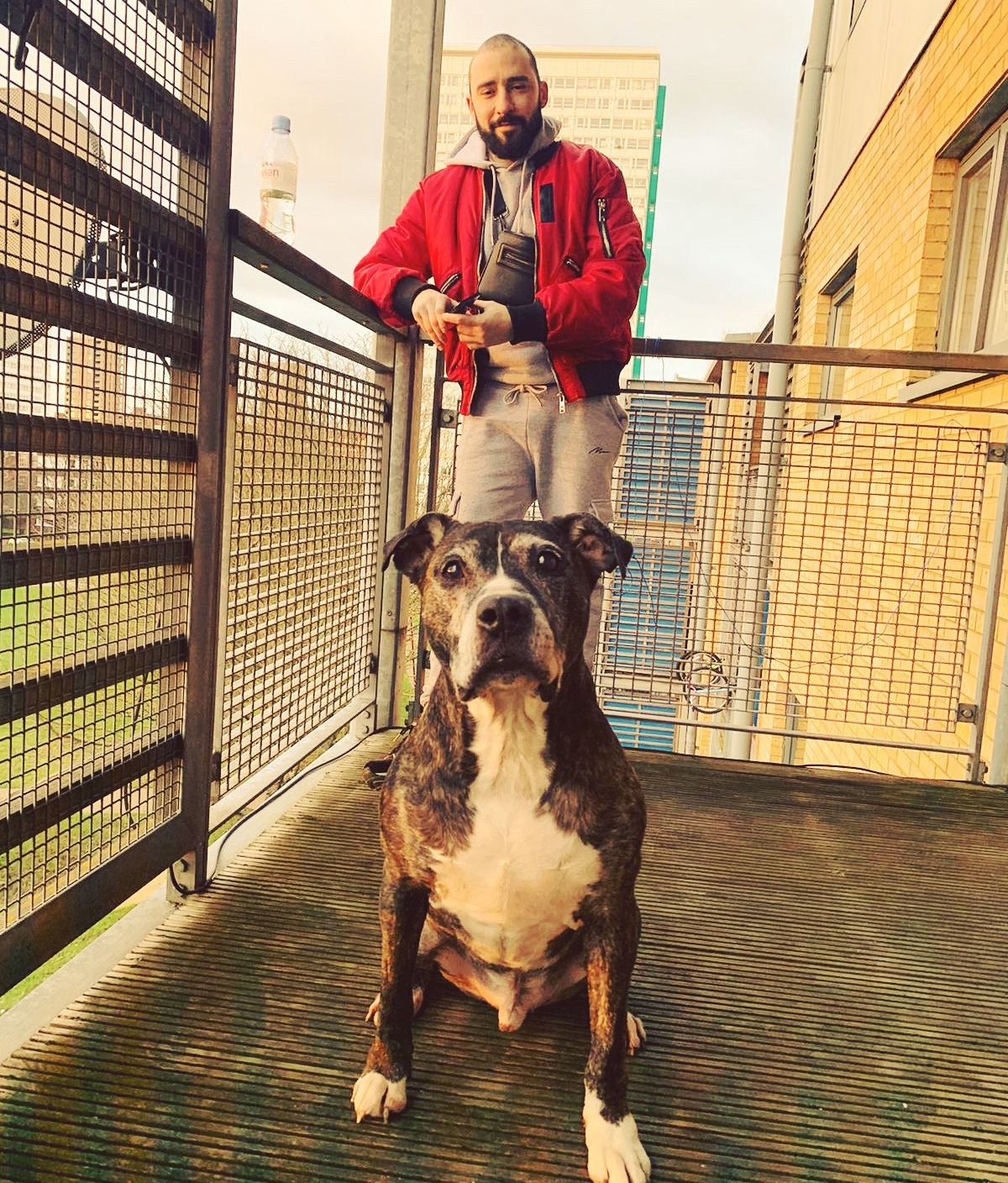 Doctors gave him nine to 12 months to live in 2016 - but he's still hereCredit: supplied

While cancer quickly took a toll on my health - from fatigue and short-term memory issues to hair loss - it also left me struggling financially.

I could no longer work, yet Statutory Sick Pay and benefits barely covered the cost of food, let alone rent, bills and making valuable memories.

I started falling behind on payments and simply couldn't catch up.

Unable to afford private renting - and with local authorities not particularly forthcoming in helping me find accommodation - I ended up homeless.

If it wasn't for a friend offering me their sofa, I'd have been on the streets.

They completed benefit applications for me, helped out with grants and even investigated a back payment I'd been too ill to chase. 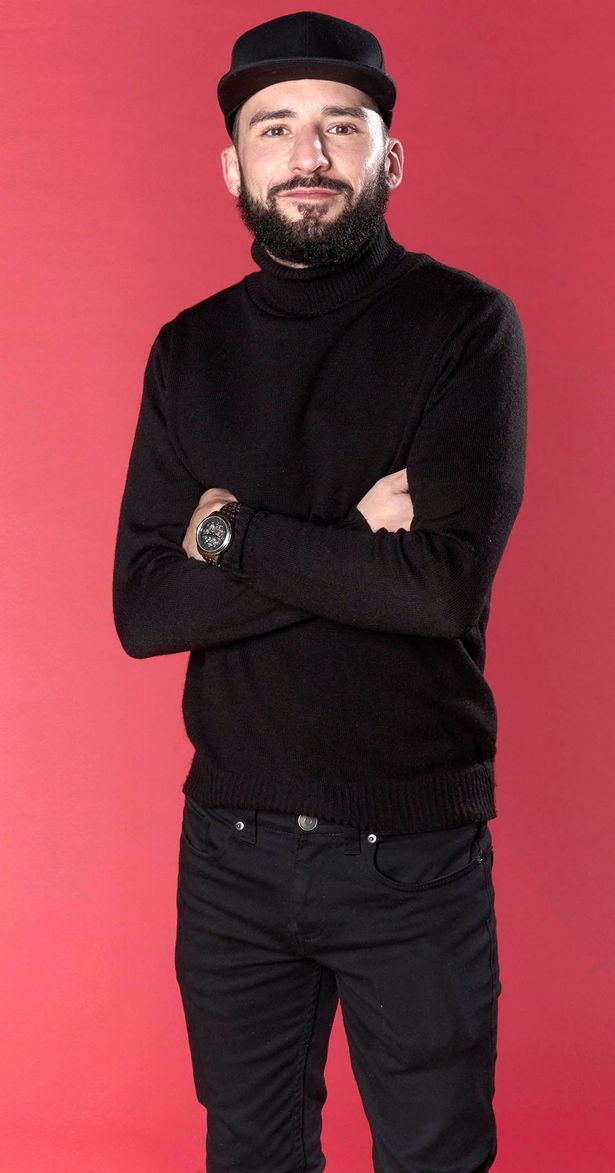 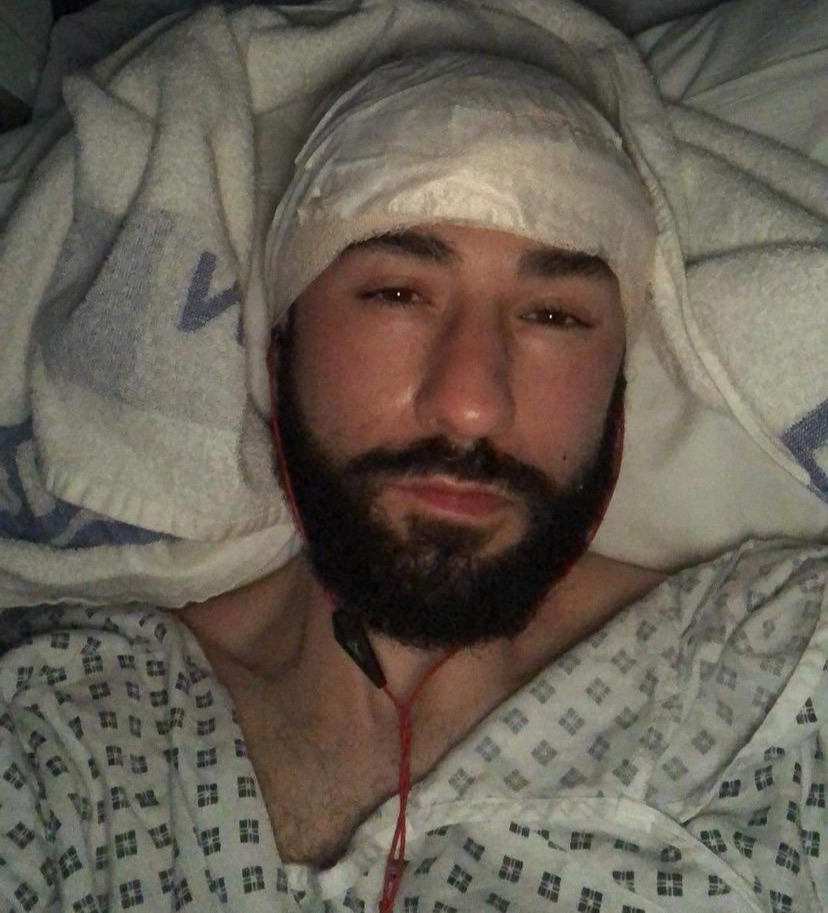 He has undergone three brain surgeries since his devastating diagnosisCredit: Supplied

They took away any additional stress, and were so kind.

I'm halfway through another round of chemo, but have returned to jogging and feel lucky to have just one tumour - not six or eight, like some others.

Sadly, I do still have financial issues. I've run out of sick pay from my employment and have had to set up a GoFundMe page asking for help.

If it wasn't for a friend offering me their sofa, I'd have been on the streets

But I'm no longer homeless and have a wonderful girlfriend by my side, Lucy Docherty, who understands when I'm snappy after a bad day.

Though I wasn't lucky in love on the show, Lucy was watching from home and, after hearing my story, she felt compelled to get in touch.

We fell for each other, and are very happy together.

Lucy is an absolute diamond and, even though my diagnosis is terminal, we're making plans for the future. Time, I've realised, is precious.

To anyone else going through cancer, I'd say don’t be afraid to seek help from charities - whether that's about your treatment or your finances.

There's absolutely no shame - and it was the best thing I did."

'I was spiralling head-first into debt'

Siobhan MacAndrew, 58, lives in Dundee, Scotland. She was left on the brink of debt after being diagnosed with breast cancer while newly unemployed in November 2019. 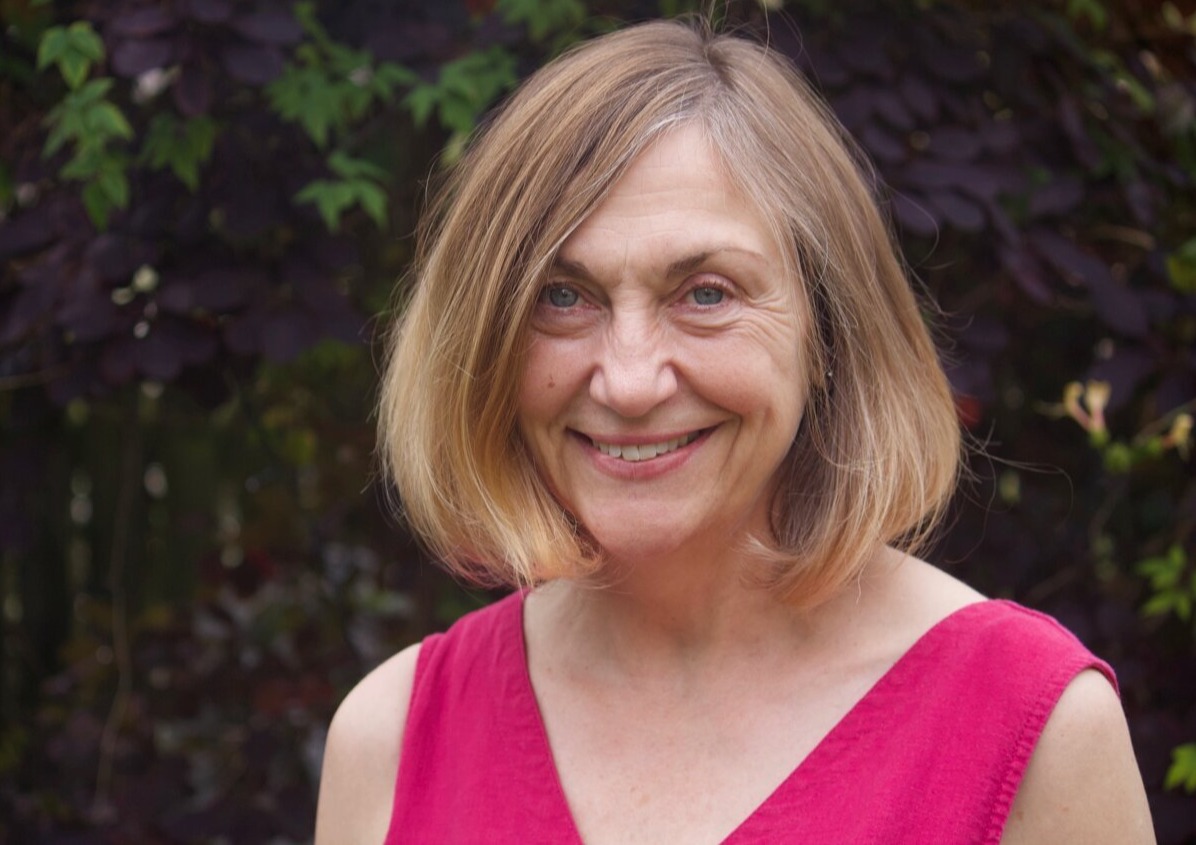 Siobhan MacAndrew, 58, was left on the brink of debt after being diagnosed with breast cancer last NovemberCredit: Supplied

Siobhan says: "I was already fearful about my future when I found a lump in my breast last summer, after a string of tough life events.

My job had just ended, I was in the process of getting divorced, and my life felt chaotic. Suddenly, I had breast cancer to contend with, too.

I decided to deal with my diagnosis in November 2019 myself.

I kept it from my family and friends: I didn't want to frighten or upset them, nor witness the pain that undoubtedly would be etched on their faces.

I kept it from my family and friends: I didn't want to frighten or upset them, nor witness the pain on their faces

I also knew I'd worry about them constantly. In fact, I only involved them in my cancer journey later, when I knew I had good news to share.

I had surgery in December, followed by radiotherapy at Glasgow's Beatson Cancer Centre during the first week of the Covid lockdown in March.

I was lucky to receive groundbreaking new therapy and first-class care.

But outside of hospital, I was suffering from exhaustion, difficulty sleeping and anxiety. I also became severely depressed and needed help from my GP.

Those issues alone were challenging enough. 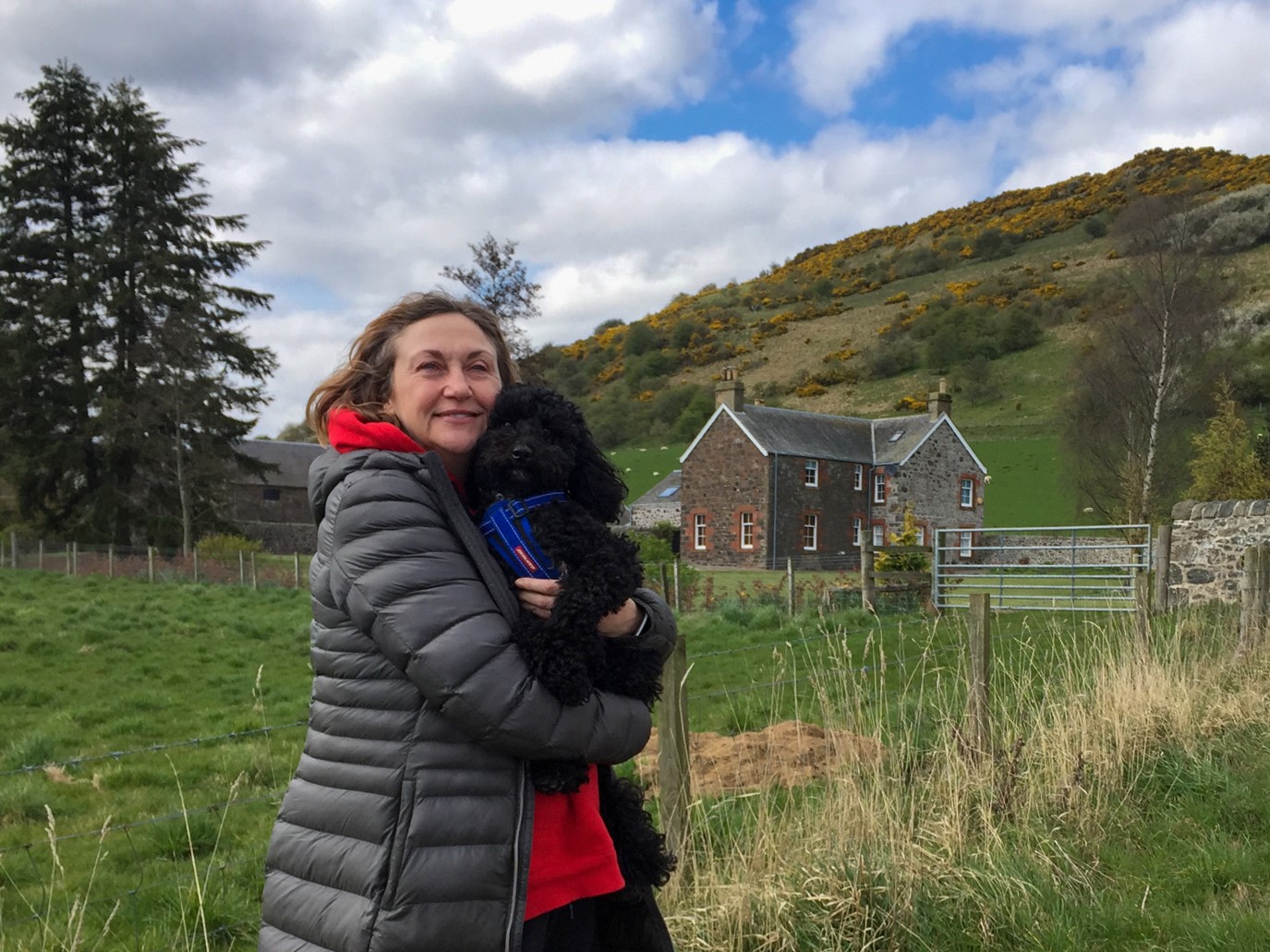 Siobhan says her black poodle Sparky has kept her 'sane and smiling'Credit: supplied

But I also had another huge concern: money.

With no employment, my savings rapidly shrinking, and a mortgage and bills to pay, I began to wonder how I'd get through each month.

I'd sit in the hospital waiting room and suddenly think, 'Oh, the mortgage goes out today'. I didn't know whether I could actually meet it.

I live alone and have no children, but my loving relatives live hundreds of miles away. I also feared I wouldn't be able to afford to see them.

I'd sit in the hospital waiting room and suddenly think, 'Oh, the mortgage goes out today'. I didn't know whether I could actually meet it

Though I'm well-educated, I was completely at sea when it came to seeking financial support, and scared of the endless forms I needed to fill in.

I was plunging head-first into certain debt when Macmillan stepped in.

Their benefits adviser helped me look at my finances calmly and obtain benefits and grants, meaning I didn't have to turn to credit cards or loans.

He also helped me to get my council tax reduced.

UP to 50,000 people have cancer which remains undiagnosed due to disruption caused by Covid, Macmillan says.

The charity estimates a further 33,000 should have started treatment, but have faced delays. And it warns it could take 18 months to clear the backlog in a “best case scenario”.

According to Macmillan, the backlog has been caused by people not going to see their GP, as well as NHS delays and cancellations.

The charity’s chief executive Lynda Thomas said: “Cancer care is at a crossroads and cannot be shut down this winter.

“Cancer doesn’t stop for Covid-19 and neither can our health services."

The NHS has worked hard to maintain urgent cancer operations during the coronavirus pandemic.

It said the ­Macmillan analysis was “flawed” because it failed to account for recent service improvements.

Today, I've been given the all-clear from cancer - and, financially, I'm OK.

I can pay my bills and get by comfortably, so I’m happy.

Unfortunately, the pandemic has so far prevented me from fully embracing my future: I can't go out and find new friends or take up activities.

But my loved ones have been a brilliant support - as has my black poodle Sparky, who has kept me sane and smiling over the past year.

Looking back, I thought I could deal with everything myself.

I'm a self-reliant person, and believed I was in control. Yet I was so wrong.

I didn't know it then, but I desperately needed someone to help me."

Macmillan is the new charity partner for the 2021 Virgin Money London Marathon and Charity of the Year for Virgin Money. During the Covid pandemic, the charity has faced a significant drop in fundraised income. For more information on its new Everyone From Day One campaign or to donate, click here