What happened at Donald Trump’s party before the Capitol riots?

The Trump family was filmed in a celebratory mood - with Kimberly Guilfoyle dancing - hours before the deadly riots. 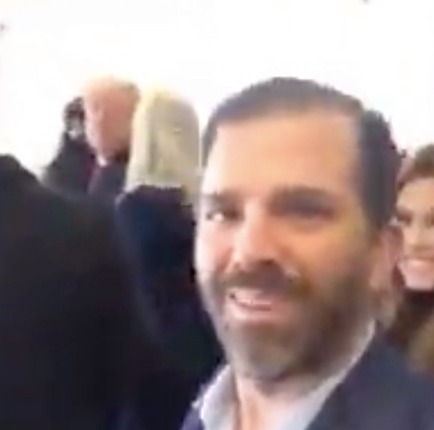 Don Jr with his dad, the President, in the background 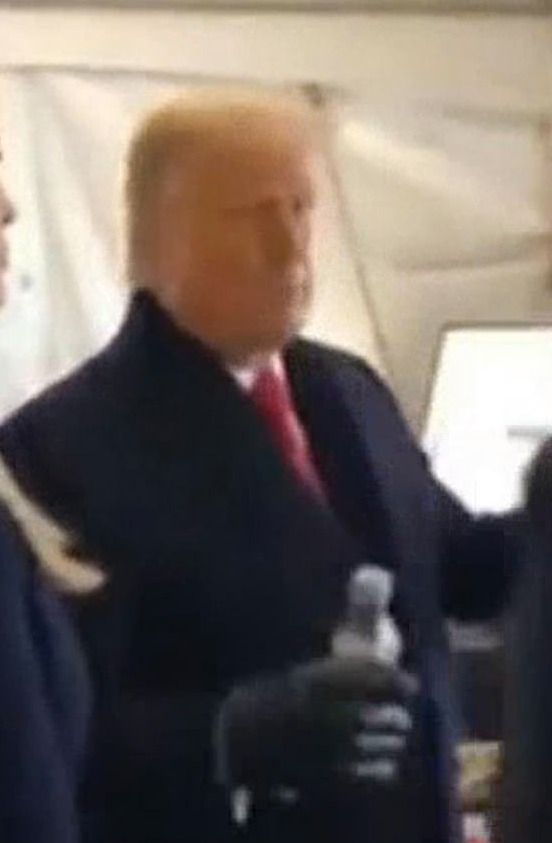 Donald Trump getting himself ready to address the crowd

What happened at Trump's party before the Capitol riots?

Donald Trump Jr shared a video of his dad, the President, getting himself hyped up to address supporters hours before the Capitol Hill riots.

The livestreamed footage shows Donald Trump, Ivanka and brother Eric as they get ready to go on stage for the Save America March on January 6, 2021.

At the start of the clip, a smiling Donald Trump Jr says, “I think we’re T-minus a couple of seconds here, guys, so check it out, tune in, if you’re livestreaming.”

The video shows the president standing in a white tent watching a TV screen as members of his family talk and dance to Laura Branigan’s 1982 hit Gloria in a party-like atmosphere. 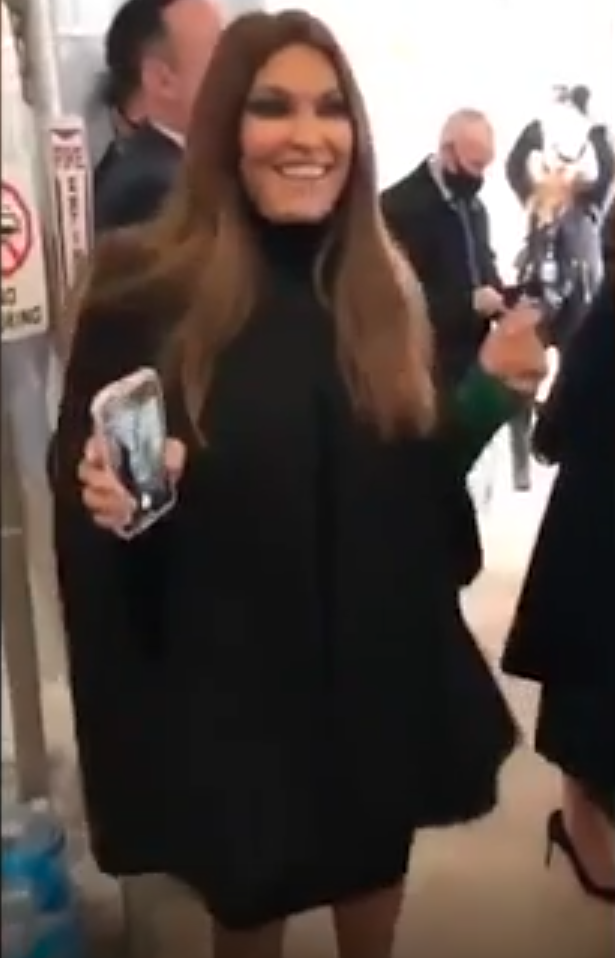 He turns the camera to White House Chief of Staff Mark Meadows, calling him “an actual fighter.”

Trump Jr.’s girlfriend, Kimberly Guilfoyle, dances to the music and encourages Trump supporters to “have the courage to do the right thing — fight.”

The President appears to holding a red Make America Great Again hat as he and others watch multiple screens in the white tent as their Save America March got under way on the streets. 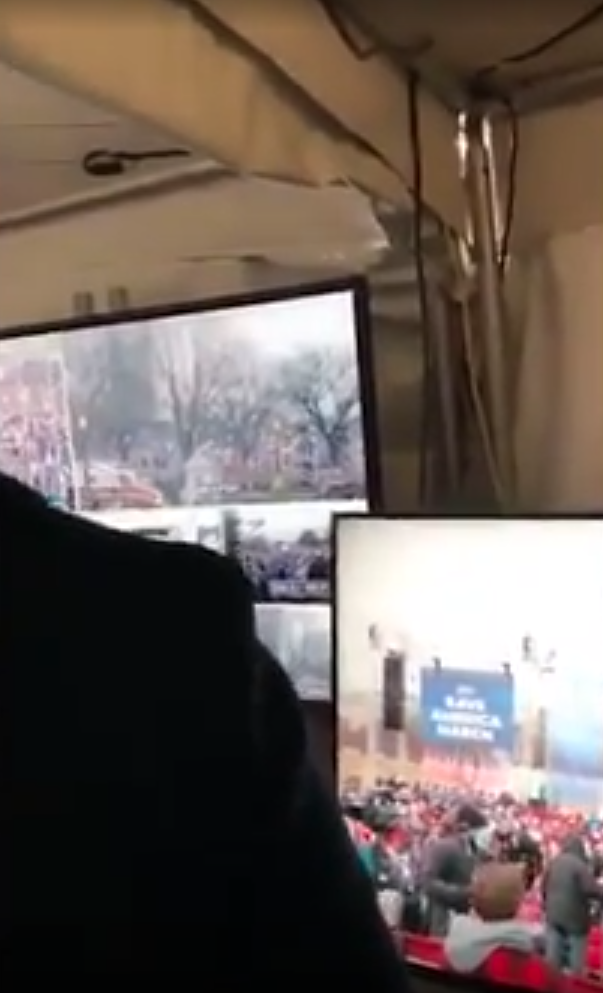 Trump, members of his family and administration were watching the rally

What happened after the party?

After the party in the tent, the President gave his chilling speech - just before the chaos unfolded in the Capitol.

Protesters were urged by Trump during a rally near the White House to head to Capitol Hill, where lawmakers were scheduled to confirm Joe Biden’s presidential victory.

The certification of the Electoral College votes that formalized Biden’s win was disrupted within hours of Trump’s incendiary demand for action in a speech to his supporters, as he implored them to “fight” to stop the “steal” of the election and march on the Capitol. 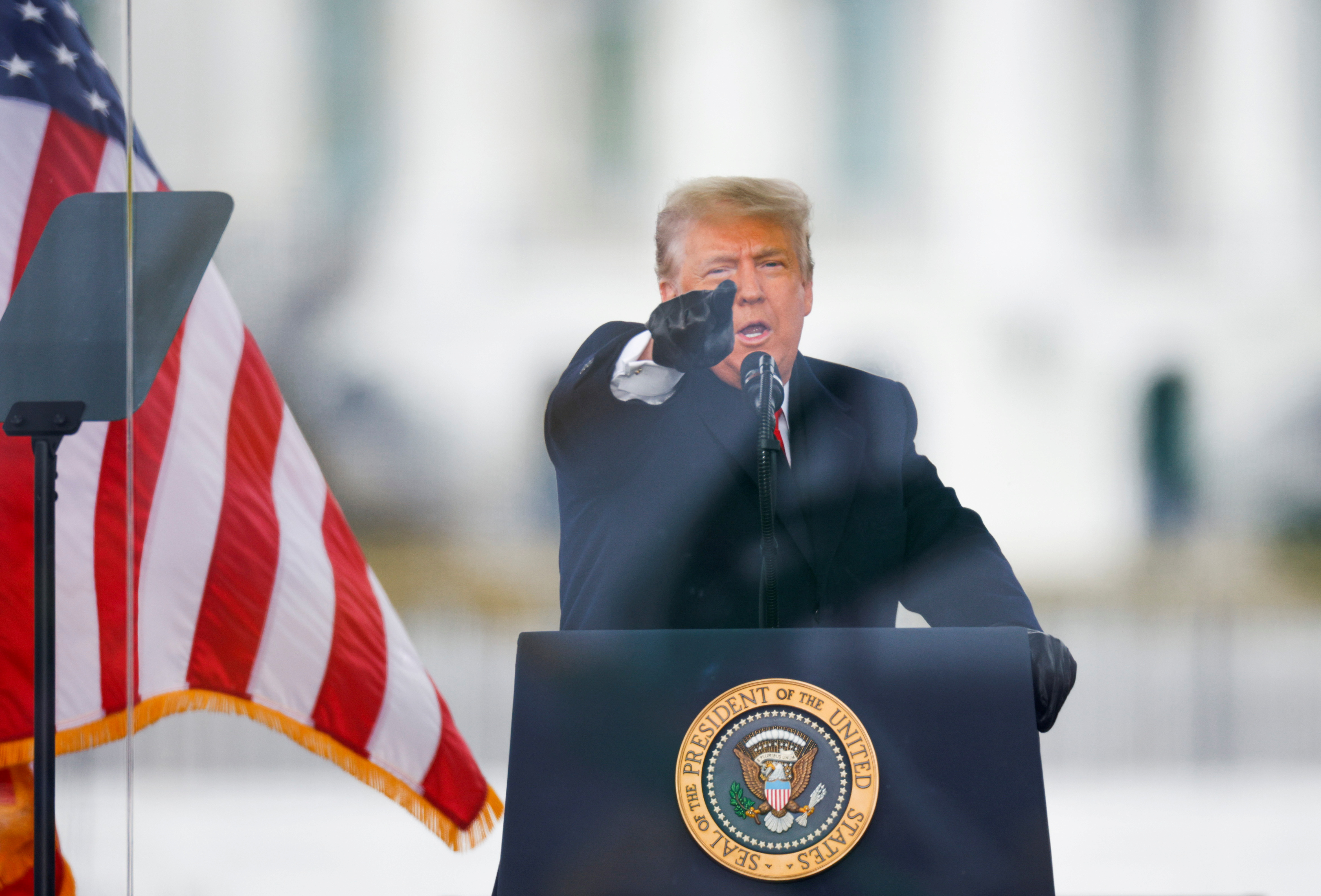 Donald Trump urging his supporters to the Capitol

His words roused those who took it as a call to insurrection, says the Associated Press (AP).

The mob swiftly broke through police barriers, smashed windows and paraded through the halls, sending lawmakers into hiding.

Five people, including a cop who was smashed over the head with a fire extinguisher, have so far died as a result of the violence.

A Capitol police officer whose gas mask was ripped off by a MAGA mob was filmed screaming for help as his face bled during the shocking riot.

Trump could become the first president in history to be impeached twice with the single charge of "incitement of insurrection" to be voted on as early as Monday, January 11. 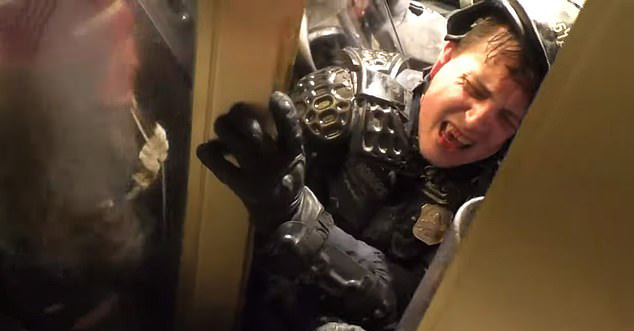 Why was the party video controversial?

When the video showing Trump, his family and members of the Trump administration went viral online, it was initially claimed they were celebrating from a tent as rioters stormed into the US Capitol building in a violent siege.

But this wasn't the case, confirms AP.

"The content on the screen, the commentary by Trump’s son and the music in the video indicate that it was filmed earlier on Wednesday, well before a mob stormed into the Capitol," the news agency adds.

In the days since rioters breached the building in a violent insurrection, social media users have shared various versions of the video with claims it shows Trump gleefully watching the destruction unfold.

“Trump his family, and more watching the riot at the Capitol,” read a post with the video that was viewed a million times on Twitter and shared by prominent figures including the filmmaker Judd Apatow.

“Trump and his crime family were watching the staged coup attempt with Gloria playing in the background,” read another widespread tweet with the video. “Arrest them now!” 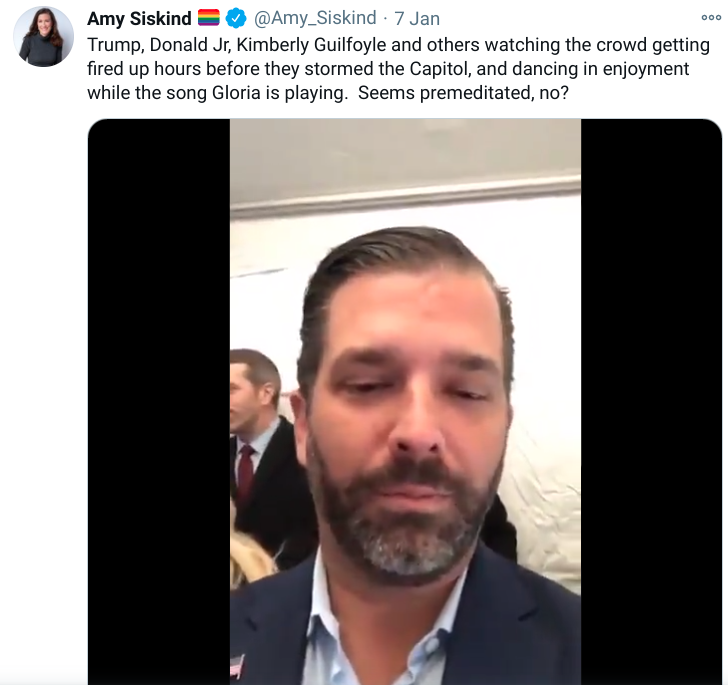 The party took place before the violent riot in Washington DC

But these posts misrepresent the video, which was filmed well before the Capitol riot.

The video clearly shows Trump, his family and colleagues watching scenes of the crowd at a rally that happened at Freedom Plaza earlier in the day.

On the screen, the “Save America March” banner that hung during the event is visible with a crowd standing in front of it.

The screen shows no violence, nor does it show rioters entering the Capitol building.

The song Gloria in the background is another clue - the song played at the rally before the president took the stage to deliver his now infamous challenge to his supporters.

It can be heard at the 2.5-hour mark in a YouTube video of the event.

Trump Jr.’s comments, “T-minus a couple of seconds,” likely referred to the time until the president’s speech, which began shortly after Gloria finished playing.

The president spent much of the afternoon in his private dining room off the Oval Office watching scenes of the violence on TV, according to reports.

Where is Donald Trump today?