What was John McCain’s cause of death and how old was he?

ONE year after publicly announcing he had brain cancer, veteran US senator and war hero John McCain stopped receiving treatment for his illness.

The former fighter pilot passed away on August 25, triggering a wave of tributes from across the political spectrum. 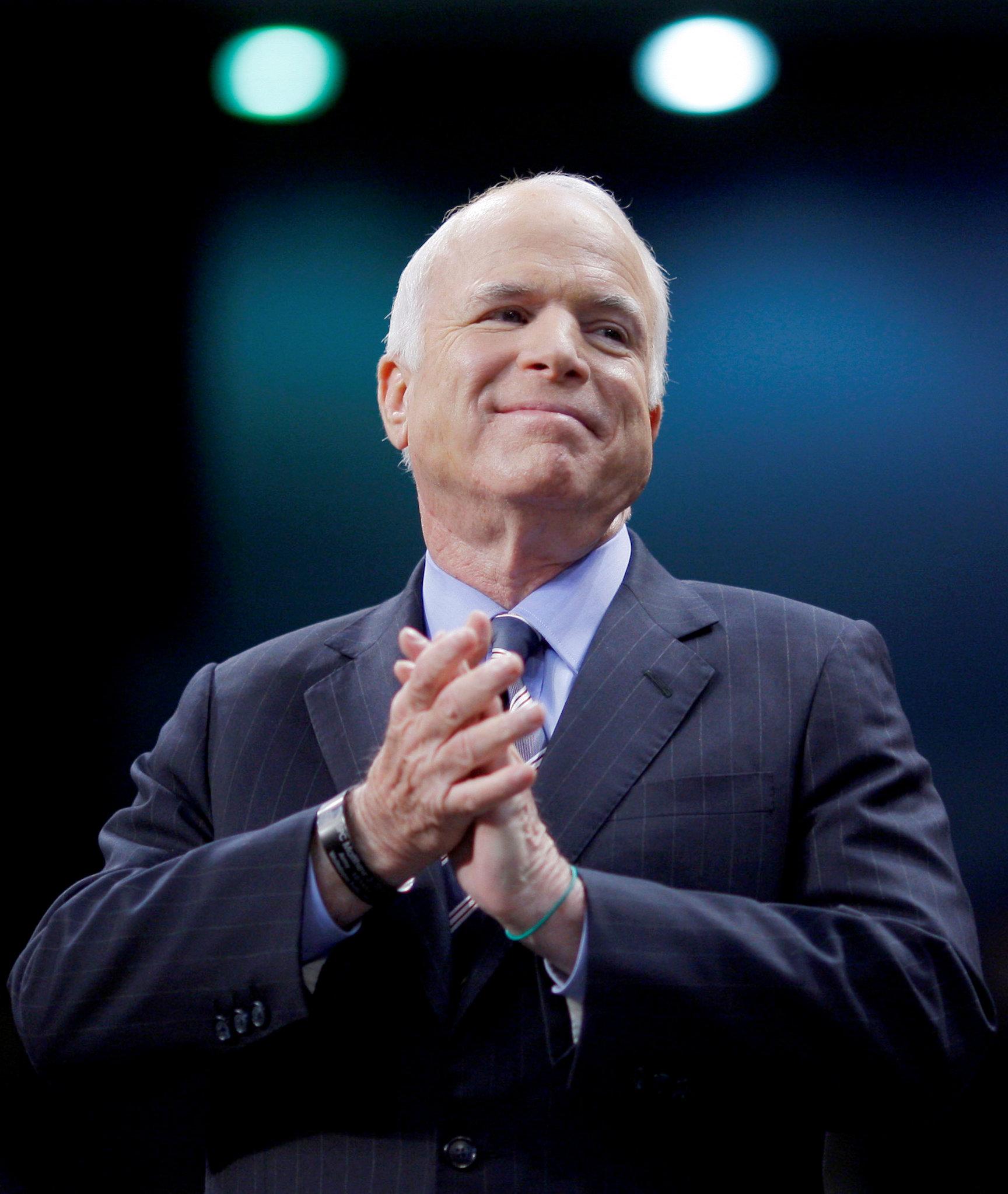 Who was John McCain?

Born in Panama, he was a Republican political veteran.

In 2008 he was the party's nominee for president - but was defeated by Barack Obama.

McCain represented Arizona in the US House of Representatives between 1983-87 before being elected to the US Senate.

Although a self-described conservative “foot soldier in the Reagan revolution,” McCain clashed with his party’s right wing on a number of issues.

But he was a favourite among reporters, who admired what they saw as his directness.

In July 2018, he criticised Donald Trump for his cosy summit with Russian President Vladimir Putin, blasting the encounter as "one of the most disgraceful performances by an American president in memory."

He said: "The damage inflicted by President Trump's naiveté, egotism, false equivalence, and sympathy for autocrats is difficult to calculate. But it is clear that the summit in Helsinki was a tragic mistake."

Speaking to CNN's Jake Tapper on "State of the Union" last September, shortly after going public with his diagnosis, McCain said he was "very happy" with his life and what he has "been able to do."

What did his family say about his brain cancer?

John McCain had been battling brain cancer for over a year prior to his passing.

On Friday, August 24, 2018, his family announced he had decided to stop treatment for the illness.

His relatives said in a statement: "Last summer, Senator John McCain shared with Americans the news our family already knew: he had been diagnosed with an aggressive glioblastoma, and the prognosis was serious.

"In the year since, John has surpassed expectations for his survival. But the progress of disease and the inexorable advance of age render their verdict. With his usual strength of will, he has now chosen to discontinue medical treatment.

"Our family is immensely grateful for the support and kindness of all his caregivers over the last year, and for the continuing outpouring of concern and affection from John's many friends and associates, and the many thousands of people who are keeping him in their prayers. God bless and thank you all." 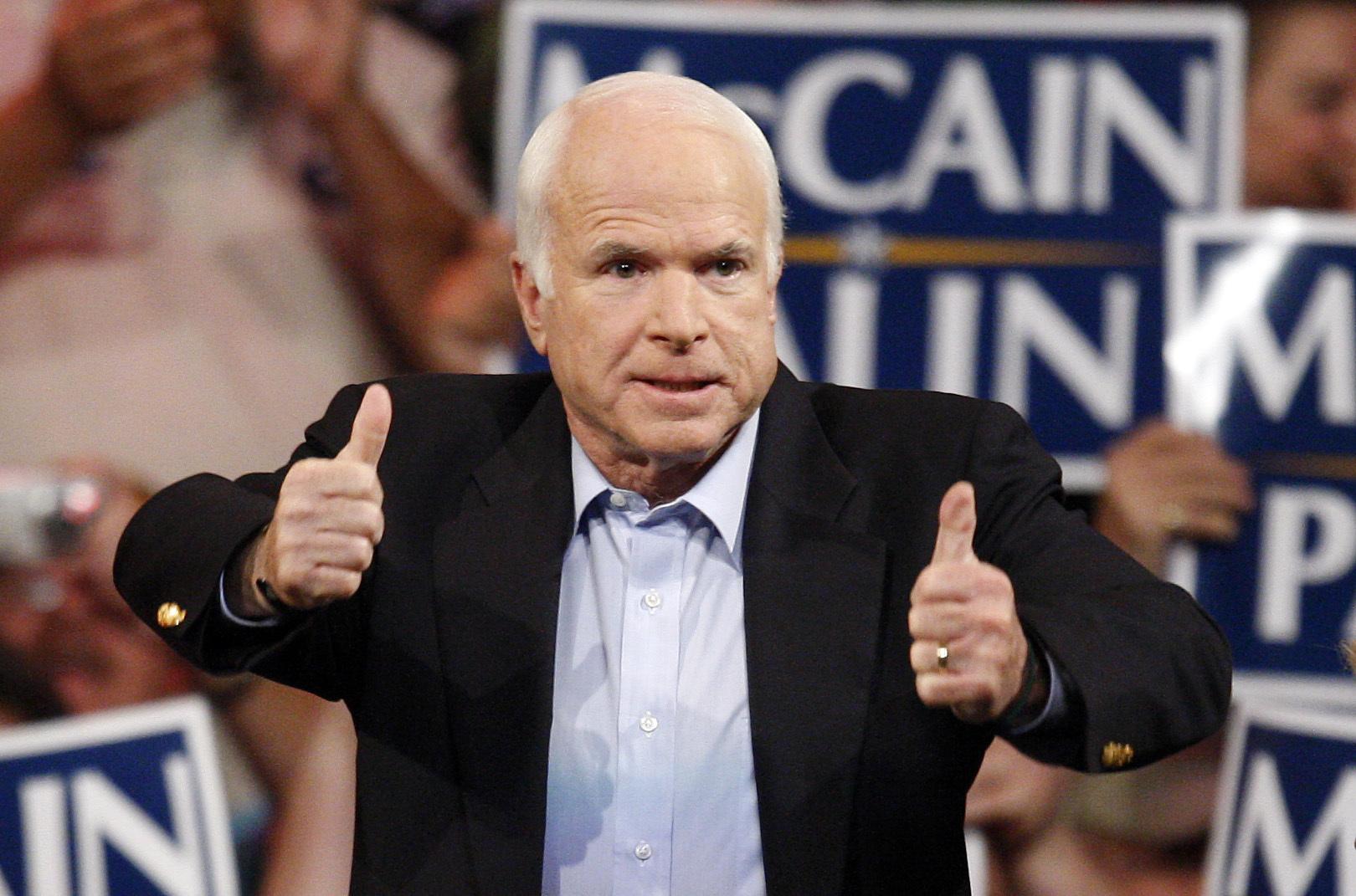 McCain was a fighter pilot who became a prisoner of war during the Vietnam WarCredit: AP:Associated Press

McCain's wife, Cindy McCain, tweeted: "I love my husband with all of my heart. God bless everyone who has cared for my husband along this journey."

On August 25, 2018 McCain passed away surrounded by his family.

His daughter Meghan said: "The days and years to come will not be the same without my dad - but they will be good days, filled with life and love, because of the example he lived for us."

The American political titan will lie in state in both the Arizona Capitol and the US Capitol Rotunda on Wednesday and Friday, respectively, before his burial at a private service in Annapolis on Sunday, September 2, 2018.

When did he serve in Vietnam?

John McCain graduated from the United States Naval Academy in 1958 and followed in the footsteps of his father and grandfather into the US Navy.

He became a fighter pilot and, during the Vietnam War, was almost killed in the 1967 USS Forrestal fire.

On a bombing mission over Hanoi, he was accidentally shot down by a missile on board the USS Forestal, causing explosions and fires that killed 134 people.

McCain broke both arms and one leg in the crash.

He was then captured by the North Vietnamese and was taken to Hoa Loa prison, nicknamed "Hanoi Hilton".  He was a prisoner of war until 1973.

McCain was tortured and consequently refused an out-of-sequence repatriation offer.

His wounds left him with lifelong physical disabilities.

He was rewarded the Silver Star, Purple Heart and the Distinguished Flying Cross.