Why every Sun reader MUST become a Poppy Star this year

IF you need proof that every Sun reader MUST become a Poppy Star, ask Barry Mugglestone.

He is chairman of the Royal British Legion’s Elm Park branch in East London, which last year raised more than £40,000 for the Poppy Appeal. 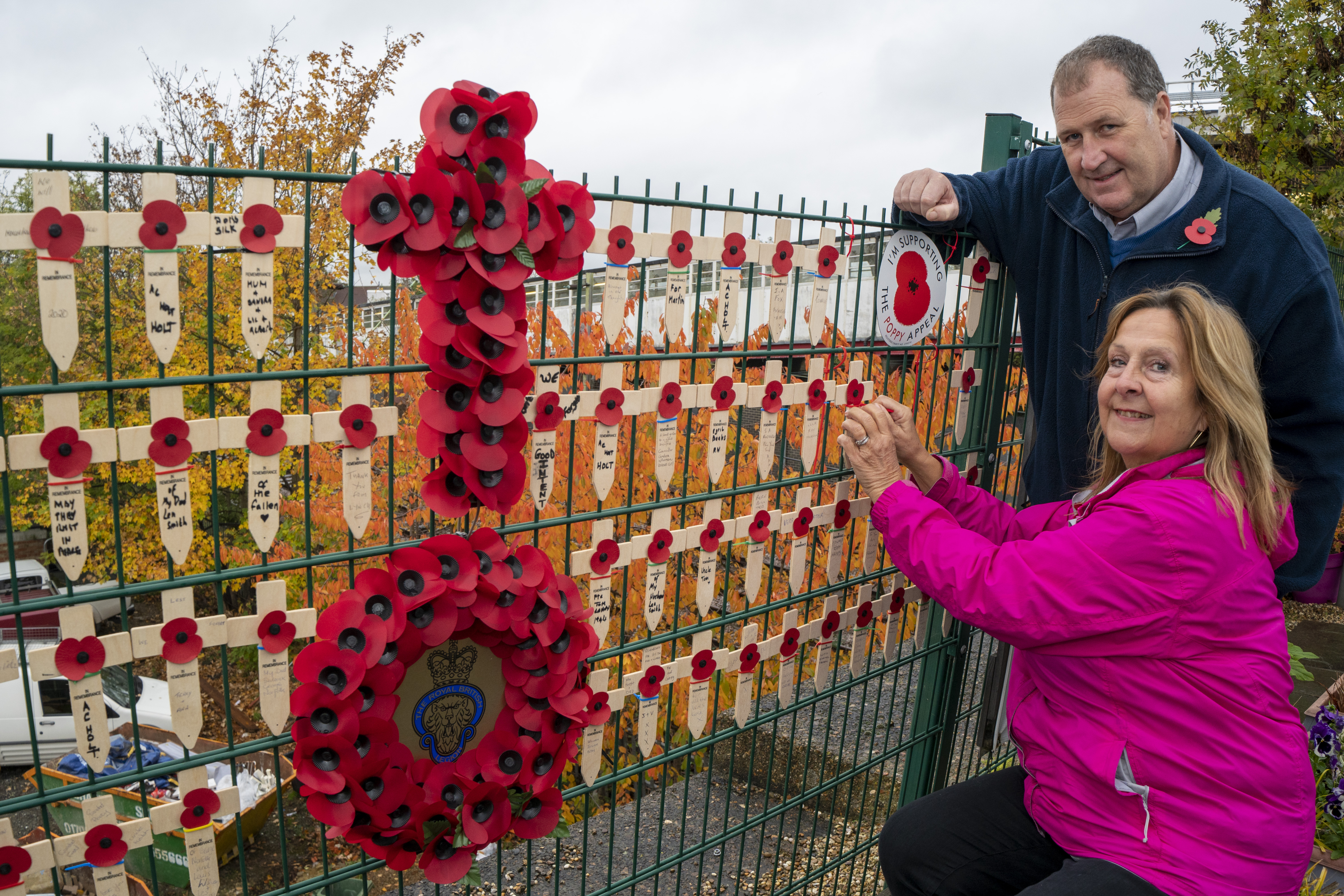 But because of Covid, Barry has collected less than £500 this year, while elderly collectors are unable to get out or are struggling to drum up money because the high street is so quiet ahead of Remembrance Day on November 11.

So Sun reader Barry, 56, and his partner, retired teacher Stephanie Nunn, instead created a memorial wall where locals can write on a poppy cross to remember loved ones who served and make a donation. So far they have 65 crosses on the wall, raising £427, and they hope to fill it by November 11.

Barry and Stephanie are backing The Sun’s campaign to help save our Poppy Day — urging people to buy a poppy online, donate on the Royal British Legion’s website or visit a supermarket to buy a poppy.

Ford worker Barry, who has put up our Sun poppy poster next to his wall, says: “We made £40,168 last year and we were going to build on that.

“But Covid has hit us for six. We need to bring in money and it’s important every Sun reader does their bit.” The usual Remembrance Day parade in Elm Park is cancelled — as well as the auction normally held after the Remembrance Service, which last year raised nearly £2,500.

But Sun Savers are stepping up. As well as buying poppies online, they have donated over £30,000.

Retired sales boss Bill Woolerton, 68, donated £50 from his Sun Savers wallet. He says: “When I knew poppy sellers wouldn’t be out on the street, I knew I’d donate what I could.”

Meanwhile, Noah Owen, seven, of Bexhill-on-Sea in East Sussex, has raised £930 singing songs on YouTube for the Poppy Appeal — and plans to build on that by November 11, maybe even getting some celebrities to sing with him.

Here are ways that you too can be a Poppy Star.