Woman, 25, screamed ‘I’m falling out’ as she plummeted 100ft from ‘Hangover’ ride leaving her fighting for life

A WOMAN who screamed "I'm falling out" before she plummeted 100ft from the top of a fair ground ride is fighting for her life.

The 25-year-old woman fell from 'The Hangover', a ride that flips users 360 degrees, in Cairns, Australia on Saturday. 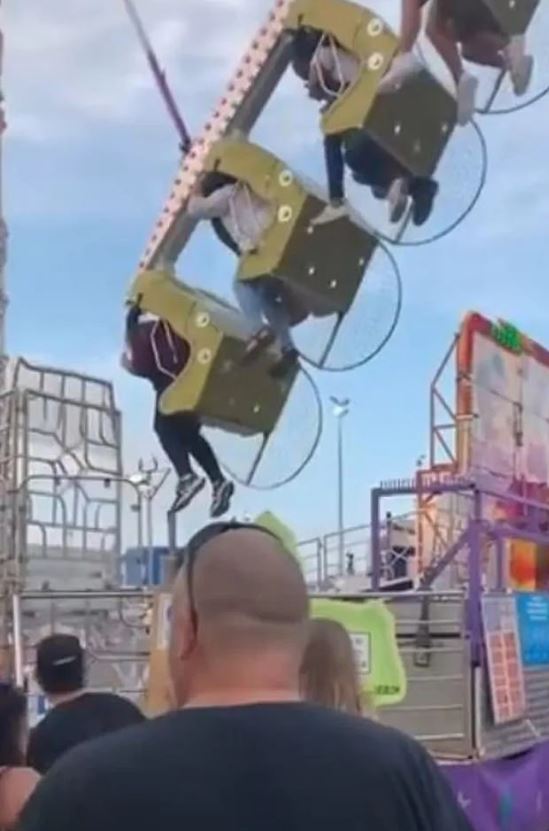 The woman's screams were heard over the music, according to one eyewitnessCredit: Facebook 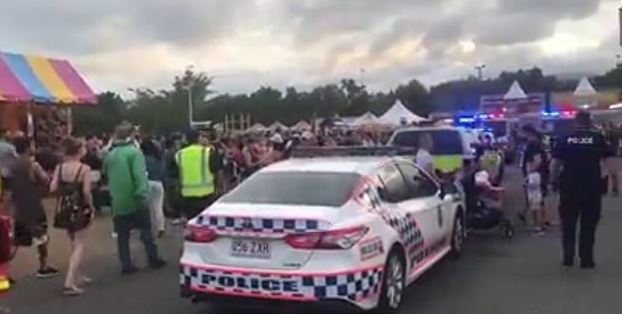 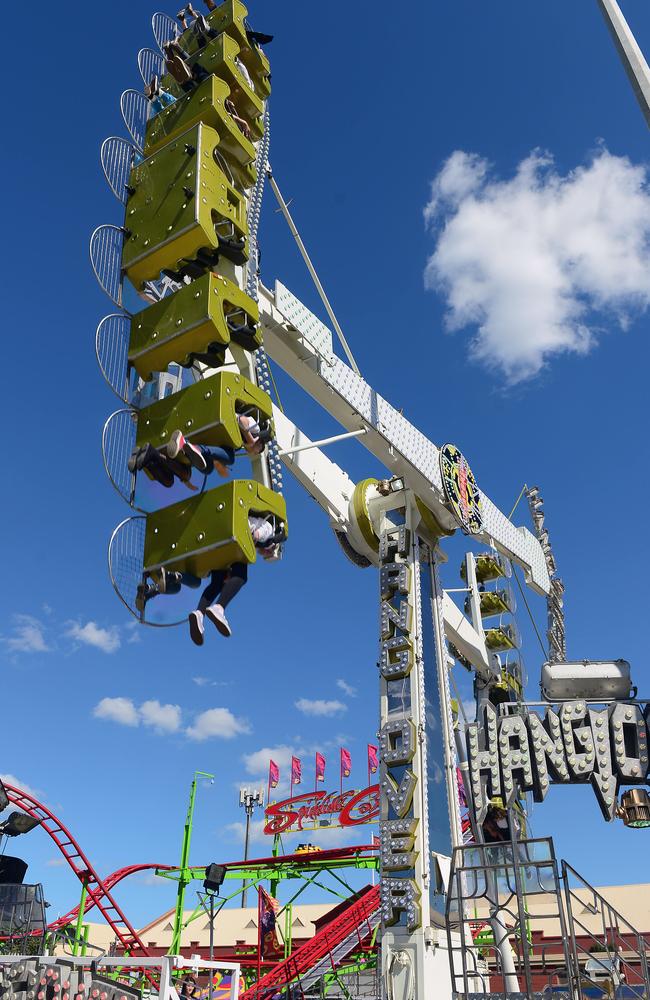 The woman fell 100ft from the ride called 'The Hangover' 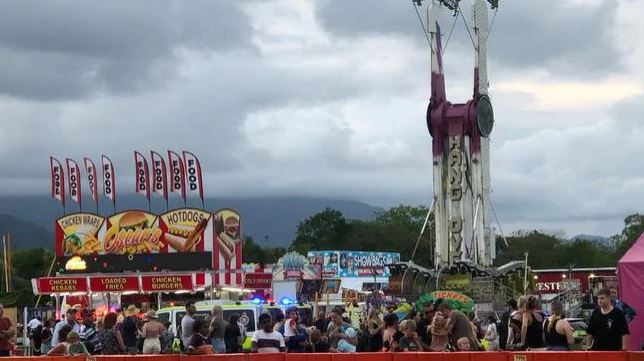 An investigation into the ride has been launched

Horrified witness Bonnie Thistle said she was 'traumatised' by what she saw and called the incident 'horrific'.

She told Daily Mail Australia: "All I could hear from a distance, even over the speakers and everything, was a lady yell, 'I'm falling out'.

"As I've looked over, she's slowly coming out of her seat. She was basically sliding out like a banana, kind of thing. Just coming out.

"I rushed over to see what was going on, to see if she was okay. The way that she landed - I was pretty traumatised. I didn't even know what to think.

"It was very horrific."

She fell at the Cairns ShowFest before becoming "entrapped" in the mechanism of the ride that swings passengers 100 ft in the air.

Acting Inspector Brett Jenkins said on Sunday that the woman was in a stable condition and was being 'closely monitored' in hosptial.

Cops investigating claim the woman was not strapped into the ride correctly.

On Saturday, Queensland Ambulance and Queensland Fire and Emergency Services freed the woman but she had already suffered "significant head and spinal injuries".

Critical Care Paramedic Denis O’Sullivan told media it was “chaotic” when he arrived on the scene.

He said: “There were a number of concerned people … in these sorts of incidents it’s good for everyone to get back and let people get their job done.

“The lady suffered some traumatic injuries and was unconscious when the Queensland Ambulance Service arrived and was taken through to hospital unconscious.”

He said paramedics had to undergo a “difficult extrication” as the woman fell into “components of the ride’s machinery.”

"As organisers, we are saddened by what has happened at ShowFest last night," Mr Collyer told the Cairns Post.

"We are still working with Cairns police to find out exactly what has happened."

The incident happened about 5.30pm and the patient has been taken to Cairns Hospital unconscious.

The moment the women fell was caught on camera and uploaded to Facebook but was removed out of respect to her family.

A Queensland Ambulance spokeswoman said on Saturday: "The woman was freed and treated for significant head and spinal injuries.

"She was transported in a critical condition with a critical care paramedic and flight doctor to Cairns Hospital.

"I rushed over to see what was going on, to see if she was okay. The way that she landed - I was pretty traumatised

"A nurse has informed me that she will likely remain in critical condition overnight."

The ride's Facebook page says The Hangover is a ride "for all thrill seekers, young and old" and warns users to "be prepared to soar through the air on the pendulum arms rotating a full 360 degrees".

A mum, who said her children witnessed the accident wrote on Facebook: "They said they heard her yell out 'I'm falling' then it was too late.

"My son said he's never going to a Show ever again as they were just about to hop on that ride.

"They left after it and he said he will never forget the sound, ever."

Kurt Wanless was at the fair with his two children when he saw the 25-year-old tumble from the ride.

He told DailyMail Australia: "I was getting a daggle dog and I saw her mid flight in the last few metres before she hit the ground.

"My daughter saw her land.

"There was a young bloke and a girl, about 18, who looked pretty shaken up.

"They were crying. I think they might have been her friends or family."

According to Mr Wanless, parents and children were going up to the ride after the woman fell.

He said: "People were taking their kids up to see, which is pretty disgusting. I don't want my kids to have that in their heads.

"I grabbed my kids when they put their sheet across because I thought she might have died. When we left, more police were coming in." 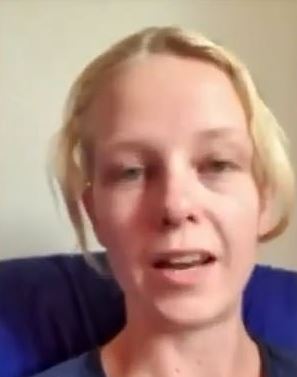 Bonnie Thistle said she was traumatised by what she sawCredit: Seven 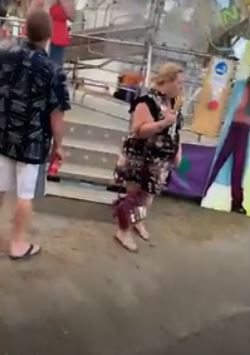 A woman can be seen asking for help after witnessing the horrific accidentCredit: News Corp Australia 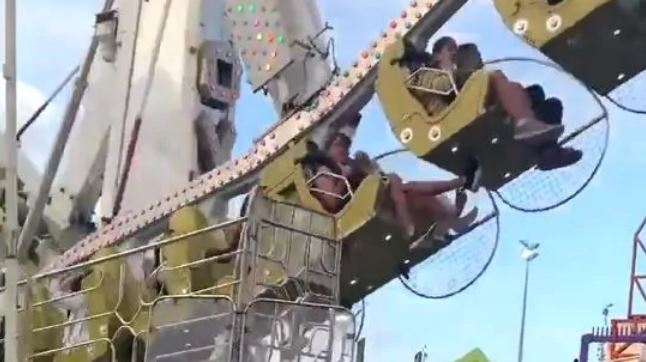 Chaos broke out at the scene of the accidentCredit: News Corp Australia 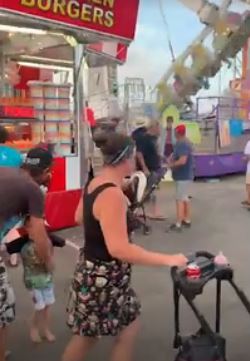