A TIKTOK user has shared footage of a bizarre message she found written on the snow on top of her trash cans.

The woman, named Jade and believed to live in the US, found the writing as she went to take her rubbish out one morning. 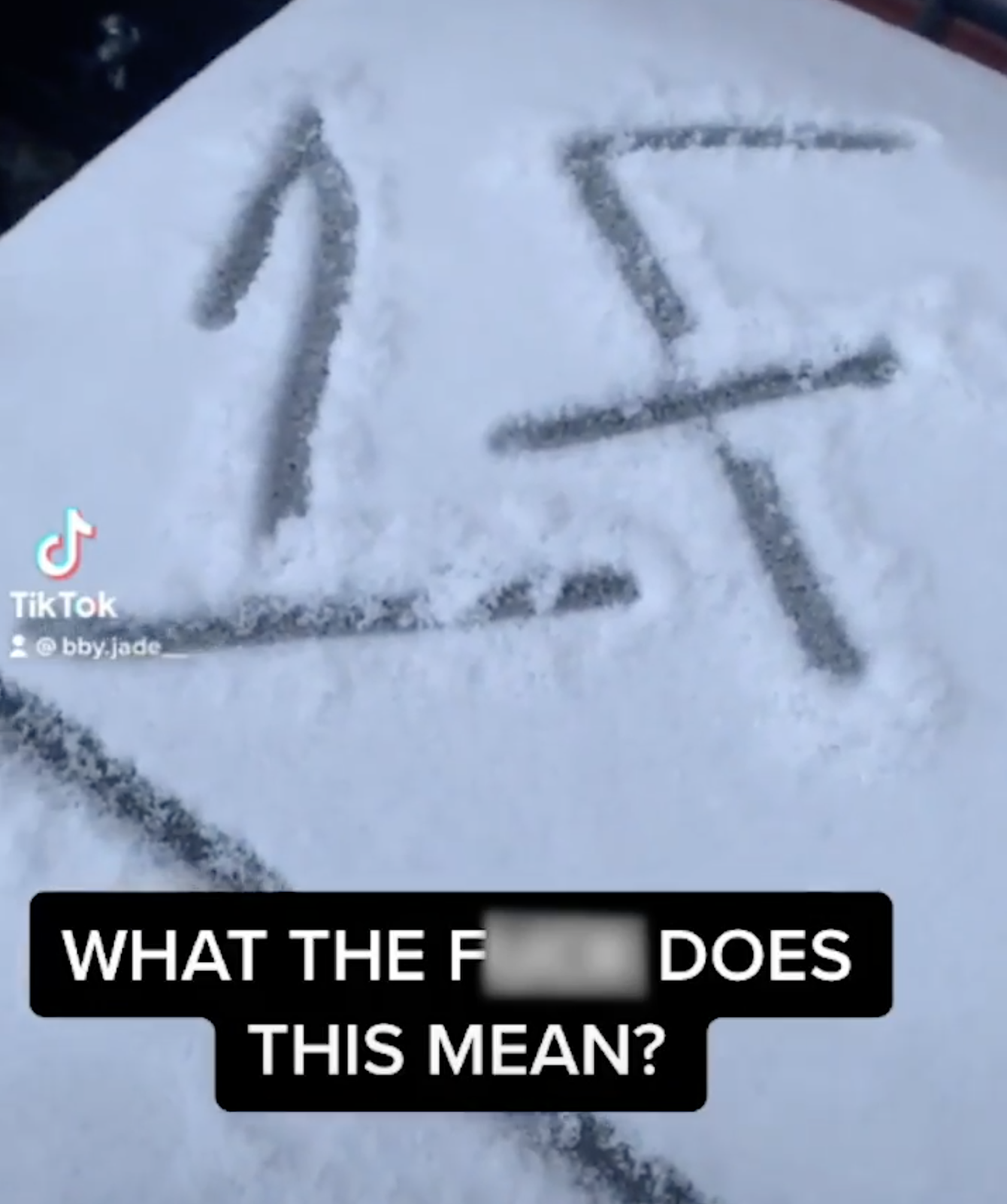 In the clip, the woman is seen stepping into her garden and saying: "So I came outside to put my garbage out like I do every morning.

"And I went and this is on the top of my garbage bucket."

Written in the snow on top of the trash cans are the characters: "1F"

"What the f**k does that mean?" the woman says.

The clip went viral after being posted to social media, getting 7.5 million views and over one million likes.

But a number of users also responded claiming that the combination has an ominous meaning.

"It means one female," said one.

"They are telling the people who are supposed to rob you or whatever, that you live alone."

A second said: "Means you're being watched! Be careful."

"You're a target babe," a third user claimed.

Another user suggested the woman should cover the messages with snow and replace it with the letters "2M" for "two males".

Jade said that the comments had "started to scare" her and had prompted her to contact the police.

She said the police had told there wasn't much they could do, and that they told her to be vigilant or to go and stay with a friend or relative for a period.

She later said she had opted to stay with her mom for a few days.

She also said she was doing "fine", but that she planned to go back to the house with someone else when she returns.