A YOUNG girl and driver were killed and several kids were hurt when a school bus crashed into a utility truck that allegedly veered into traffic.

The bus, carrying 22 children, slammed head-on into the vehicle’s side, the Tennessee Highway Patrol said. 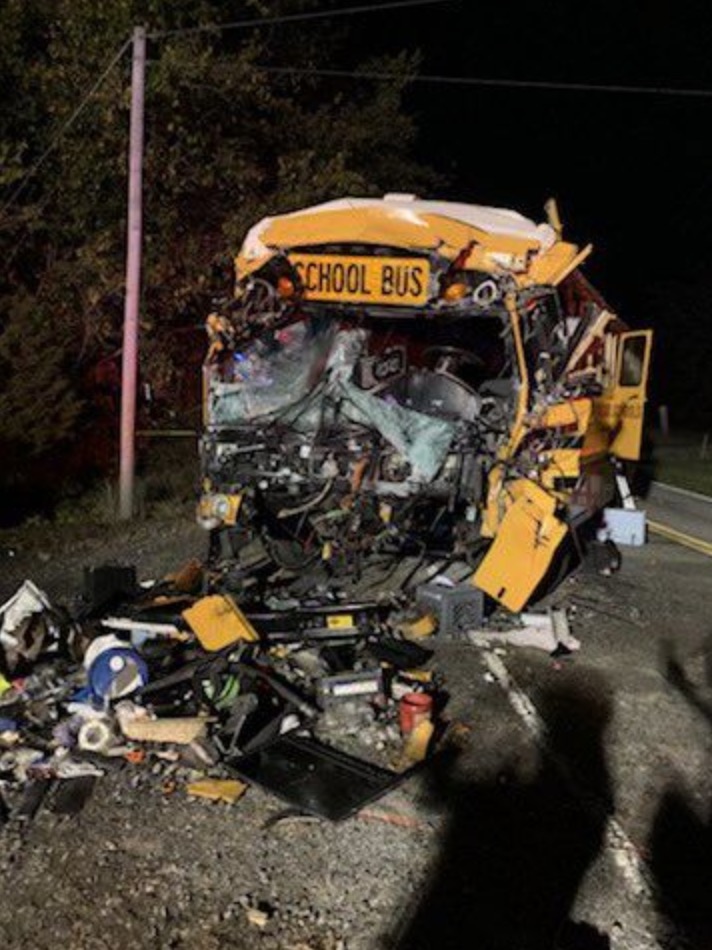 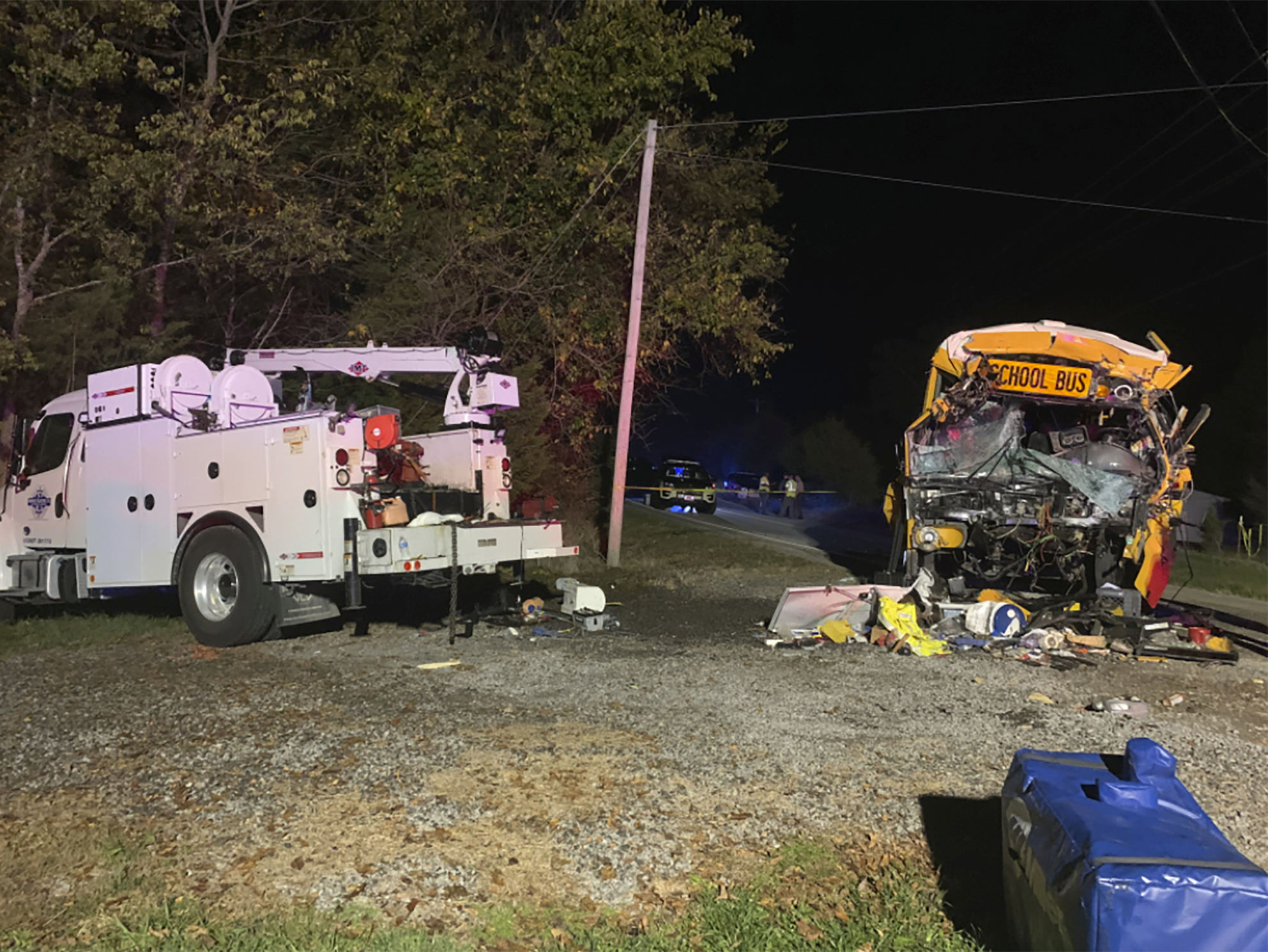 There were 22 children on board at the timeCredit: AP:Associated Press

Five children were airlifted to a regional hospital and two were taken by ambulance after Tuesday’s crash on state Highway 58 in Meigs County in eastern Tennessee, Lt. Bill Miller said.

Authorities said the oncoming utility vehicle veered off the road and then over-corrected, swerving and skidding sideways just in front of the oncoming bus.

The bus driver, a woman, had no opportunity to stop, the highway patrol said.

One student, a boy, was in critical condition and undergoing surgery as of late on Tuesday night.

No names were released pending notification of family.

"My sincere condolences to this community and to the family of the school bus driver and the family of the seven-year-old who was killed tonight in this crash," Lt. Miller told a Tuesday evening news conference at Meigs South Elementary School in Decatur, according to the Chattanooga Times Free Press.

Tennessee Education Commissioner Penny Schwinn said in a statement that she and the entire staff at the Tennessee Department of Education are "deeply saddened."

The driver of the utility vehicle, from Service Electric, was being treated for minor injuries.

Authorities are investigating. No charges have been filed in the crash.